10 Things You Should Know About Turkish Culture 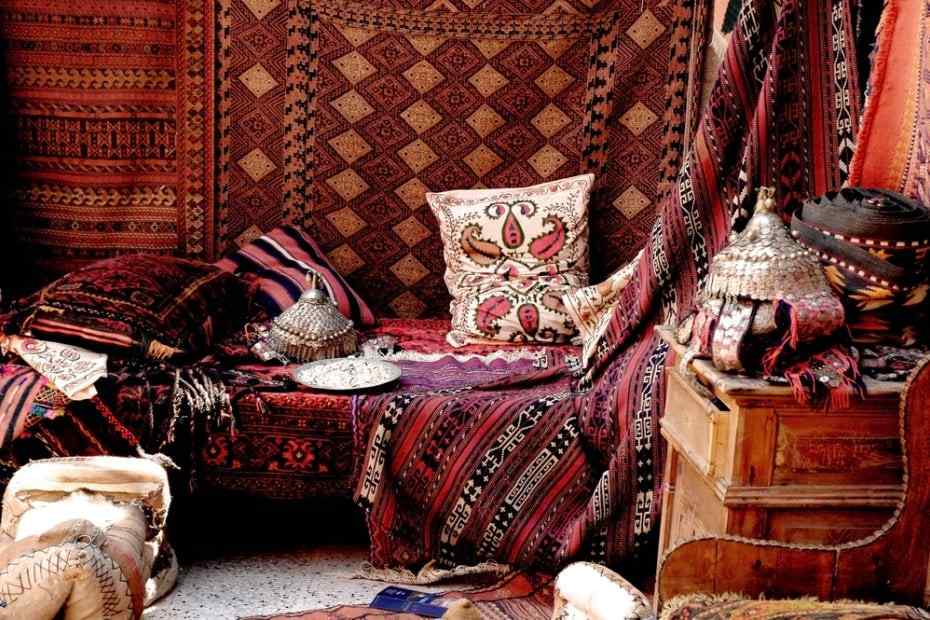 10 Things You Should Know About Turkish Culture

Turkey, with its historical past, rich culture and traditions blended with its surroundings attracts millions of tourists to the country from the world each year. As well as tourists, a lot of people are coming to Turkey for working or living.  Here are 10 things that you will surely encounter during your stay in Turkey and what you should know about Turkish culture …

Breakfast is made in every country in the world, but it is very difficult to find a breakfast that fits the Turkish breakfast. In fact, breakfast is a combination of the word “coffee “ and the Word “before “. Since the taste of Turkish coffee is intense, you should eat something on an empty stomach. Therefore, the word “breakfast” means before coffee ”. 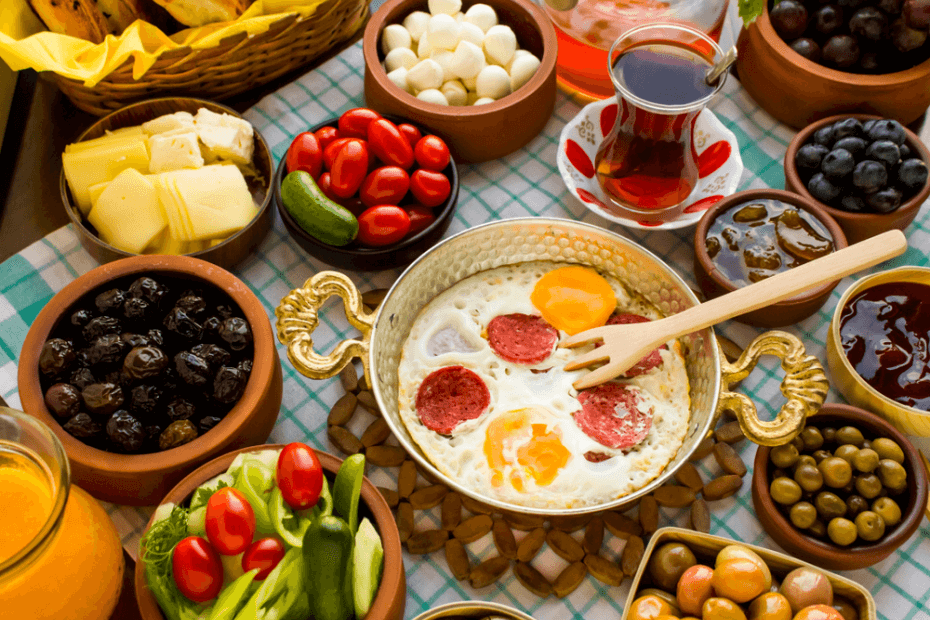 In most countries of the world, breakfast is seen as a routine requirement to start the day, in Turkey, it is meant to express a warm environment that brings family and friends together. While cucumbers, tomatoes, pickled olives, eggs, sausages, various cheeses and fresh bread or bagel-like pastries are available at the breakfast table, no breakfast is complete without freshly brewed tea.

Breakfast, family visits, business meetings, negotiations in Grand Bazaar over carpet or ferry rides are hard to imagine without the tea in Turkey. When you go to a small town in the historical district of Istanbul or Turkey, get ready to drink a few cups of tea every day. Tea is a popular drink that awakens the Turks in the morning and brings them together late at night. When requesting tea, it is asked to have in the colour of “rabbit blood“ and can be consumed with or without sugar. 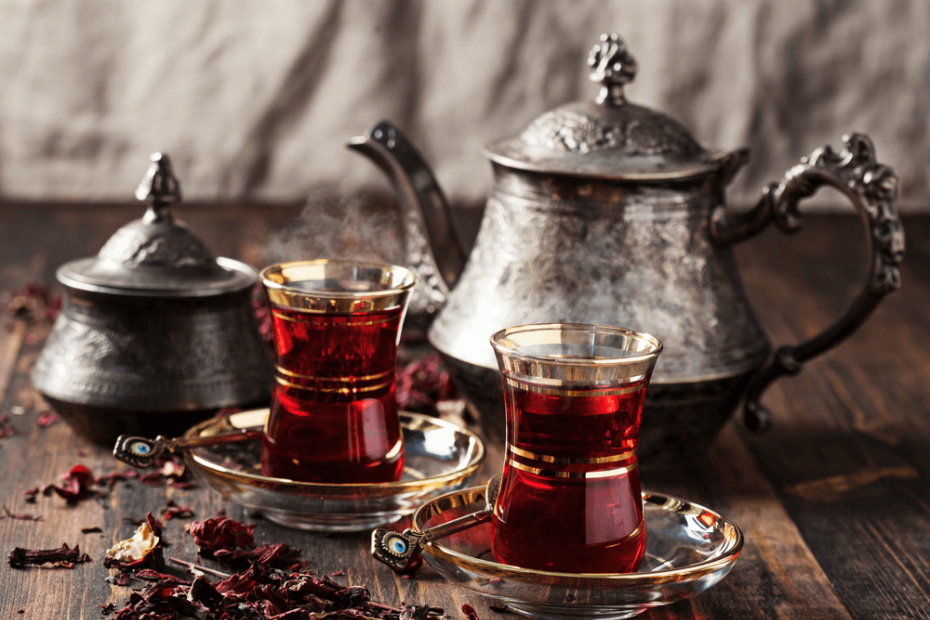 When visiting a Turkish house, the host offers a freshly prepared cup of tea. This is also done as an indication of hospitality and friendship. Usually a fine cup is used, these cups are used as a unit of measure in recipes. As you pass through the streetside cafes, you can hear the tiny chunks of tea spoons in the tea cups.

Produced from very finely ground Arabica beans, Turkish coffee has gained worldwide fame for its strong taste and special preparation and serving methods. Turkish coffee, which is generally consumed after breakfast, also plays a role in Marriage traditions. In the past, before the marriage visit, while asking for the girl's hand in marriage, the bride-to-be is evaluated to their ability to make Turkish coffee. 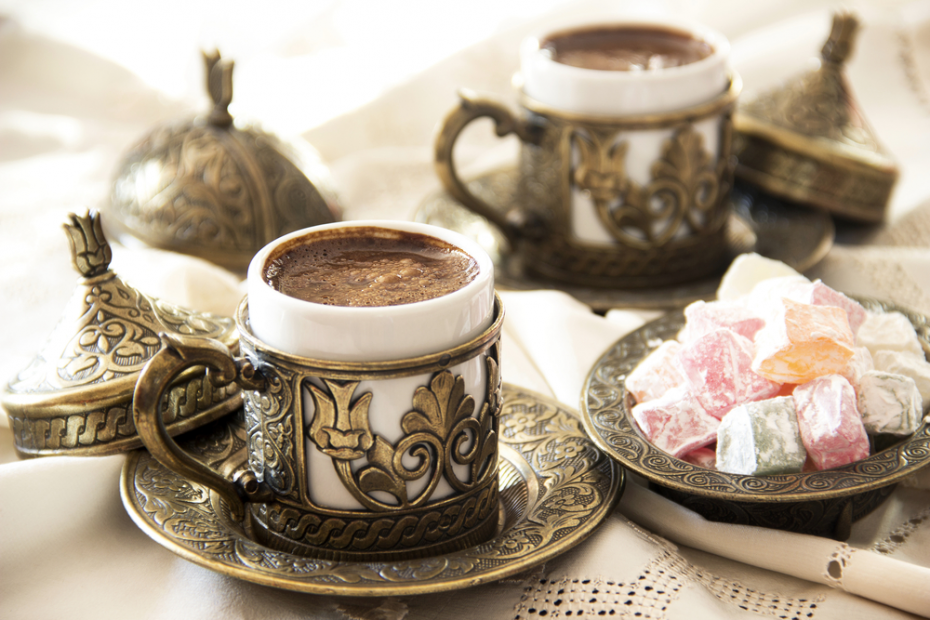 Even today, the Turkish coffee is served by the bride-to-be during the girls' visit. The coffeehouses where coffees were made and drunk since the 16th century were also places where shadow plays such as Karagöz and Hacivat were exhibited, where oral culture of the Ottoman Empire was spread. Today, coffeehouses are known as a place where men gather to socialize, talk politics and drink tea or coffee and play backgammon and various card games.

It is a blue eye-shaped bead that made of glass and traditionally used in Turkey. It means “glance “, and  it is believed to expel the evil and if things are going well, it can help to prevent negative consequences. 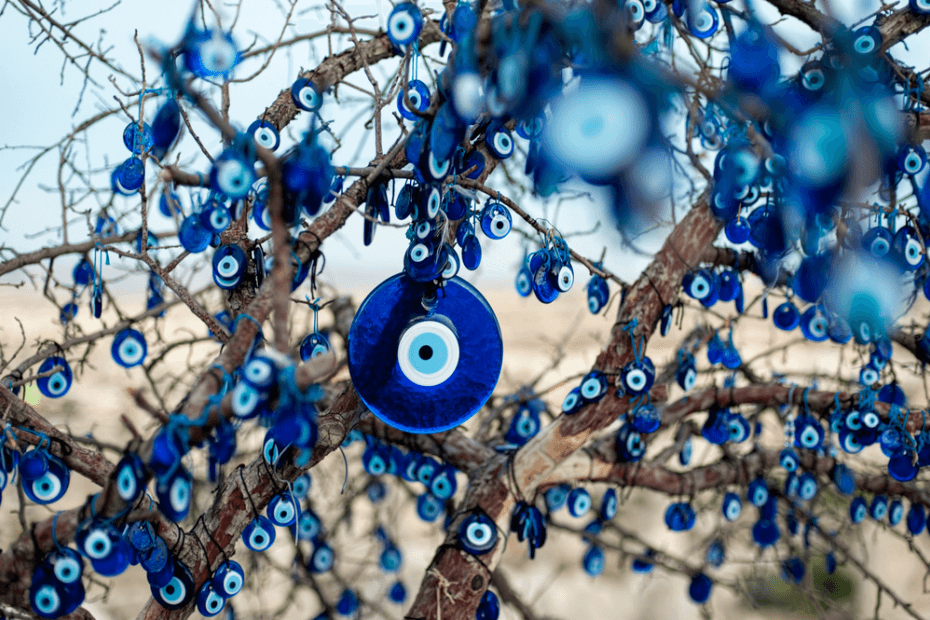 The evil eye superstition comes from ancient times and is found in most cultures around the world. Wherever you go in Turkey, you with encounter the evil eye talisman in a house or even in a car’s rearview mirror to protect the owner from negative energy or others’ envious glance.

Baths dating back to the ancient Romans stand out as places where people socialize as a method of cleaning and relaxation in Turkish tradition. The Turkish bath is focused on hot and cold water rather than steam. The human body is rubbed with plenty of soap bubbles, dead skin is shed and body massage is available on request, especially in tourist baths. 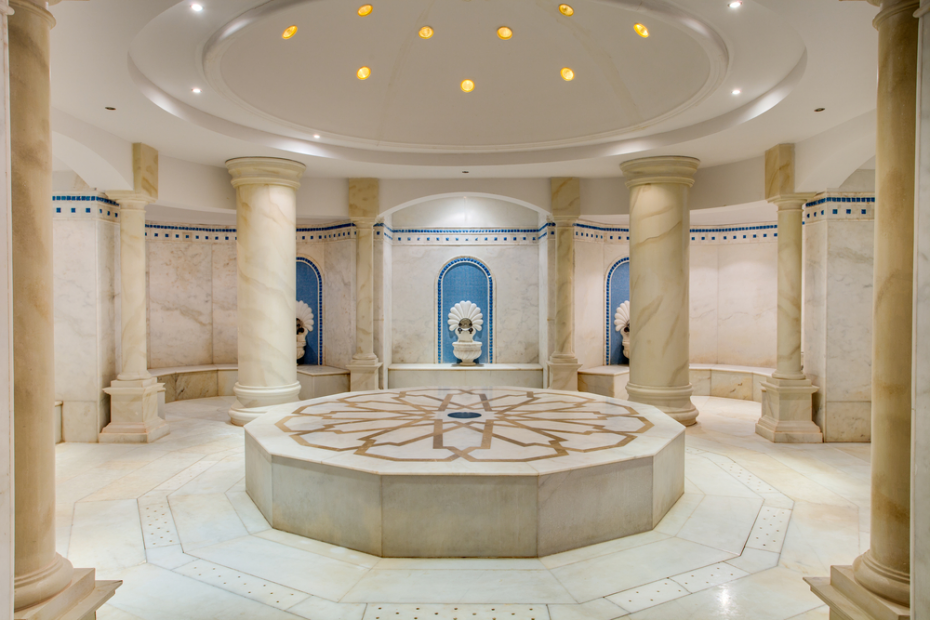 Built by Sinan the famous architect in 1584, the Cemberlitas Bath, which is considered a classic bath, is quite famous. Actor Russell Crowe's “The Water Diviner”s some scenes were shot here.

Doner kebab, or shortly doner, is known almost by all over the world It is almost everywhere in Europe today. Of course, the ingredients and sauces are adapted to local habits and flavors. Often under a different name, for example, Arabs living in Istanbul today call it Şavarma. Initially, the meat used for doner kebab is known as lamb. 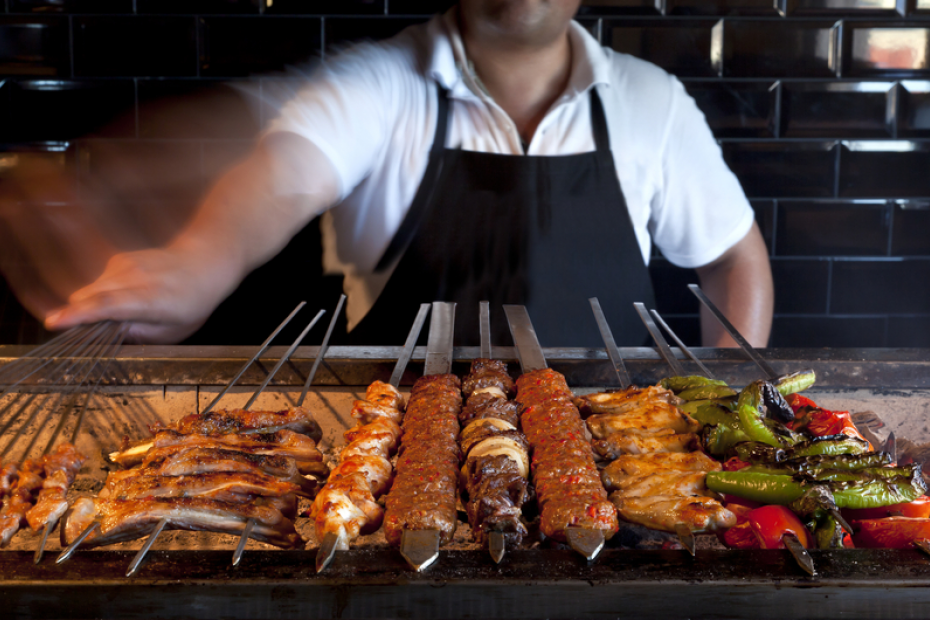 Today, in Istanbul, it is sometimes made from a mixture of lamb and beef, while it is mostly made of beef and chicken. The famous Ottoman traveler Evliya Celebi, who lived in the 17th century, dates kebab as a horizontal meat. In the 1860s, it is known that İskender Efendi from Bursa served kebab in a different way by making vertical grill and serving in thin slices. It is served as Doner Kebab, Doner Dürüm and İskender Kebab.

In Turkey, all the world and his wife knows about Nasreddin Hodja and his funny stories. Although he is known to have lived in Akşehir, Konya, the stories of him have spread all over the world from Balkans, to Persian, Arab and African cultures, along the Silk Road to China and India. 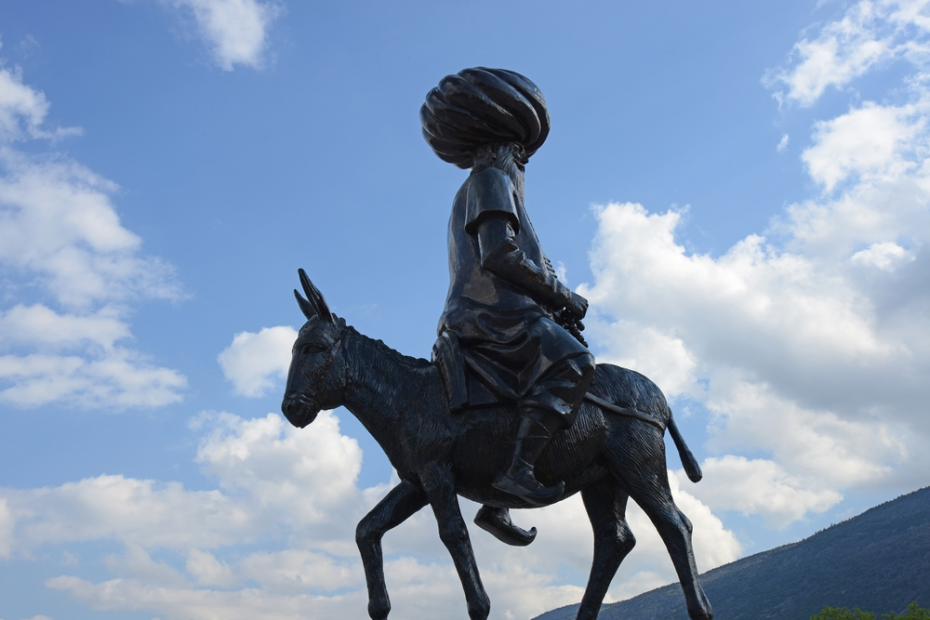 Nasreddin Hodja's tales, which are a unique and entertaining character in Turkish folklore, often contain moral lessons or folk wisdom. He has a good sense of humor and the ability to convey symbolic messages through storytelling and he is also known for his uncanny ability to emphasize social problems using humor. Between 5-10 of July every year in Turkey, International Nasreddin Hodja Festival is taking place.

The oil wrestling that the Turks call “ancestor sport“is a type of wrestling that has its own rules where the wrestlers are covered in olive oil. In wrestling, it is almost impossible for wrestlers to hold each other because they are soaked in oil. 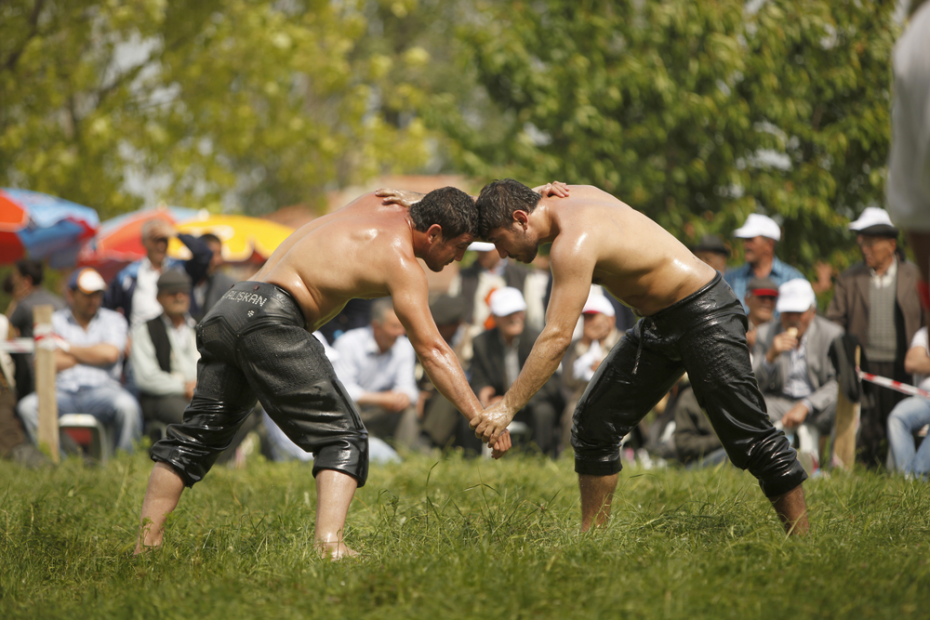 The competition is held in an area called Er Meydanı (Field of contest). Contestants wear traditional black costumes and struggle to honor a centuries-old tradition with the title of Kırkpınar Gold Arch, the Chief Wrestler. This national Turkish sport, which is held annually in Edirne today, is known as the oldest wrestling festival in the world.

The candy that is one of Turkey's most popular exports, has about 500 years of history. One of the oldest sweets in the world, Turkish delight was traditionally wrapped in special lace handkerchiefs. 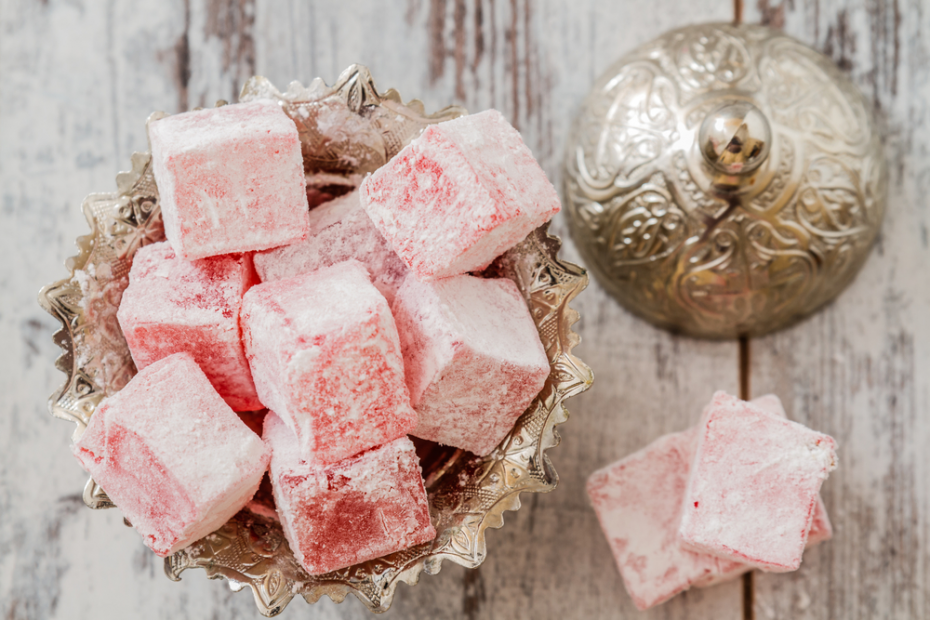 The mixture, which is obtained by cooking sugar syrup and starch milk mixture for five to six hours, is offered in more than 24 varieties including rose, gum, plain, mint, coffee, walnut, peanut and hazelnut. Hacı Bekir, the most famous producer of Turkish delight, is sending his delights to customers all over the world.

Baklava is a traditional Turkish dessert that many Turkish families regularly consume. It is quite popular to bring baklava from Turkey to abroad for friends and relatives. It is also an indispensable part of meetings and celebrations. Gaziantep in southeastern Turkey, is considered to be the capital of baklava. 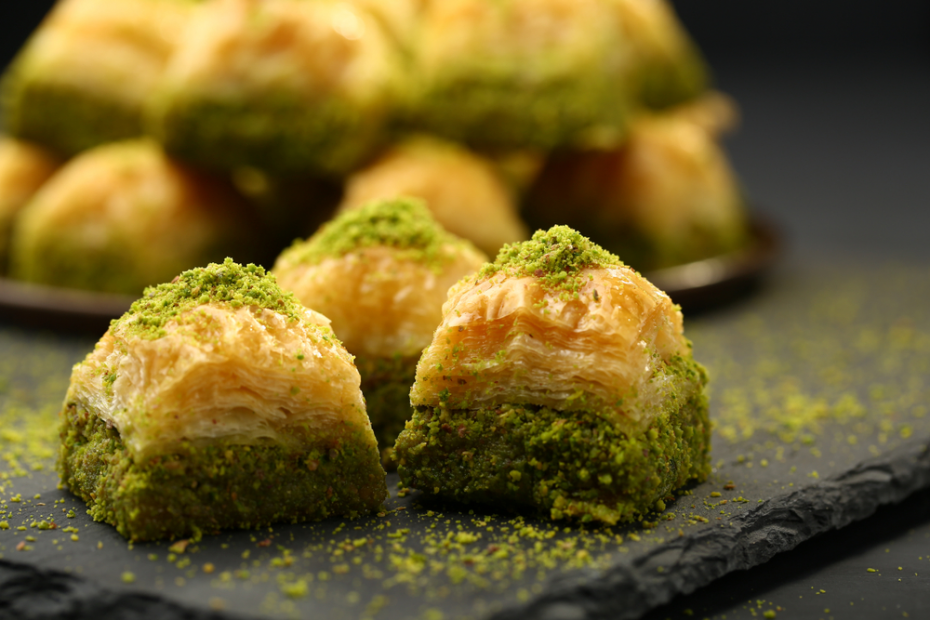 Today, Turks buy Baklava from stores, but most people still prefer an experienced mother or grandmother to do it at home. Baklava, which is an indispensable flavor in the Middle East, is made with pistachio in Turkey and hazelnut is preferred in areas near the Black Sea.