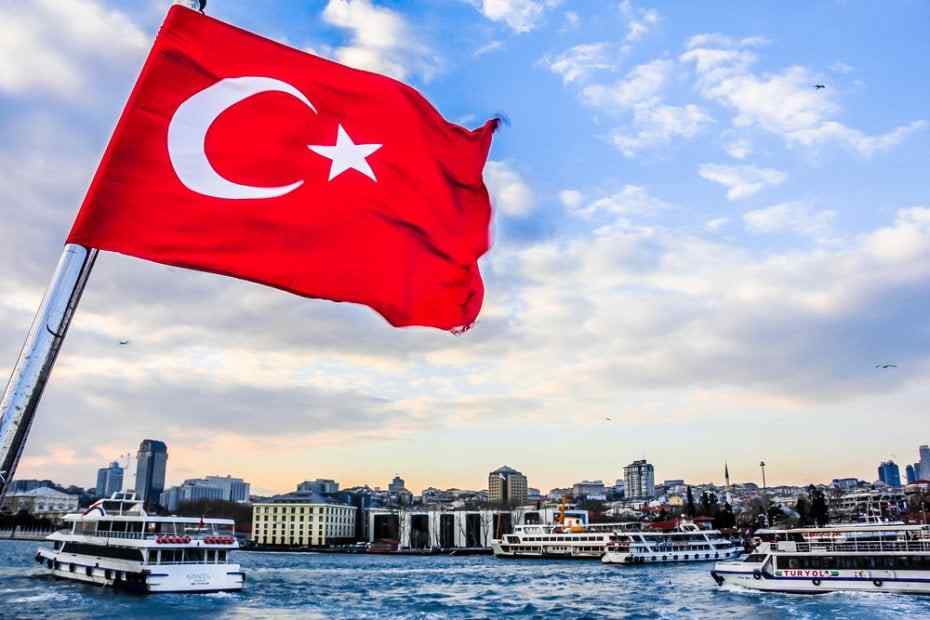 Turkey, which is surrounded by sea on three sides, is known as one of the most favorable countries in the world to live. It is a center of attraction both in terms of its attractiveness in tourism and its wealth of investment in metropolitan cities. Especially Istanbul, Mediterranean and Aegean coasts are the most preferred areas of foreigners.

Turkey, which also has the four seasons, is considered one of the rare countries that has ranging terrestrial climate from the Mediterranean climate to the ocean climate. Surrounded by open seas and mountains, the country offers thousands of natural wonders to its inhabitants. The northern regions have an oceanic climate, the inner regions have a continental climate, and the southern regions have a mild Mediterranean climate. Turkey is almost a miracle of nature with climate diversity, rich vegetation and magnificent forest. In the southern regions, the summer season is long and hot. Even though the temperature reaches 35 ° especially in July and August, Turkish houses are constructed with natural materials considering the characteristics of the seasons and are resistant to the heat of summer and cold of winter. Generally, the buildings are designed with large windows and large balconies for the most efficient use of sunlight.

Turkey, as well as the features tourist attractions, includes the full richness of cultural heritage. The country, which has accumulated culture and history all around, has old buildings that you must visit and many of them are free to visit. The Byzantine period church, the Hagia Sophia Museum used as a Mosque in the Ottoman period, the Sultanahmet Mosque with six minarets, the Basilica Cistern, a work of Byzantine engineering, the Topkapi Palace, which has become a symbol of the Ottoman Empire, are definitely worth seeing. Sumela Monastery, which is built on a steep rock, the Cappadocia covered with fairy chimneys, the Nemrut Mountain National Park, which has the houses of the ancient city of Kommagene and its ruins, and the Kaunos King Cemetery, which attracts attention with its rock-cut tombs for kings are fascinating the visitor from all over the world.

St Nicholas church, the most important monument of the Byzantine period, Aphrodisias Museum, and Gobekli Tepe, which was determined to be 7000 years older than Pyramids of Egypt and has an ongoing excavation today and will change world history, are among Turkey's treasury. In addition, the ancient city of Ephesus, one of the seven wonders of the world, all made of marble, and the ancient ruins of the Lycian city in Patara are among the must-see places. In the world, there are very few places where you can live the history as if it is part of your daily life and Turkey is known as one of them.

Turkey, thanks to the wide variety of cultures, has a rich cuisine that will appeal to every palate. Turkish food is generally fresh, cheap and healthy. Almost all kinds of vegetables and fruits that can be found in the world are reached. restaurants and street food in the country, renowned for their special appetizers enticing flavors, continue to delight visitors. There are also markets where locally produced sweets and honey from regional beekeeping can be purchased. The most famous foods which are Kebab, cig kofte, lahmacun and kokorec are meat dishes, but there are also foods that are suitable for vegetarian and vegan diet.

Turkey, thanks to the climate, is among the few countries that has a variety of activities to be performed all year round. Here are some of the social-sporting activities you can do; summer and winter skiing, sailing, climbing, golf, historical tours, safari, rafting, hiking, swimming, island tours, diving, mountain biking, paragliding. Especially Belek, in the Mediterranean region, has world-class golf courses and fields. Thanks to its geographical and geological characteristics, the country responds to the expectations of many people in almost every field with its diversity of social and sporting activities.

Turkey's health services are considered among the best in the world. In the last 20 years, the country's strong economy and medical infrastructure have been developed. In addition to having modern hospitals and state-of-the- art medical equipment in the country's centers, hospitals in small regions also have specialized equipment in the big city standards. Educational institutions train professional experts in the field of medicine. The health insurance of foreigners residing in Turkey is compulsory, and foreigners can receive the best health care in almost every region.

Turkey with its huge projects and growing economy over the years, is attracting the attention of investors who want to invest. Government projects, which contribute to the appreciation and growth of the investments that are made, create an environment in favor of investors.

The Marmaray Project, designed by the Ministry of Transport, is an underwater tunnel connecting European and Asian continents.

Istanbul airport is one of the largest aviation centers in the world and is expected to fly to more than 100 airlines and over 300 destinations worldwide.

Yavuz Sultan Selim Bridge, which is the third bridge connecting Asia and Europe, is one of the eighth longest in the world and increases the living standards of the people living in Istanbul.

The 50-kilometer Canal Istanbul Project, which will connect the Black Sea from the northern European side of Istanbul with the Marmara Sea in the south, is expected to reduce ship traffic, especially oil tanker traffic, across the Bosphorus. With major projects in the country, life becomes easier in terms of transport which is also considered one of the most important reasons to live in Turkey. At the same time, the establishment of 15 new industries in addition to existing 6 industry zones, is expected to make it advantageous for both domestic and foreign investors to invest in Turkey.

In Turkey, the cost of living is quite low despite the global development. Real Estate Investments can be realized in accordance with all budgets with the right consultancy services. Besides, rental costs are low. Although it varies regionally, living in the best conditions can be achieved with low budgets. A delicious lunch for two in an average restaurant costs 45 TL. There are also markets where shopping can be made at an affordable price. Turkey, where you can have the best conditions you can have while living in luxury, is considered one of the rare countries that you can have these advantages.

What is the Best City to Live in Turkey?
Hotels with the Best Location in the Eastern Anatolia Region
What Are the Costs for Property Investment in Spain?