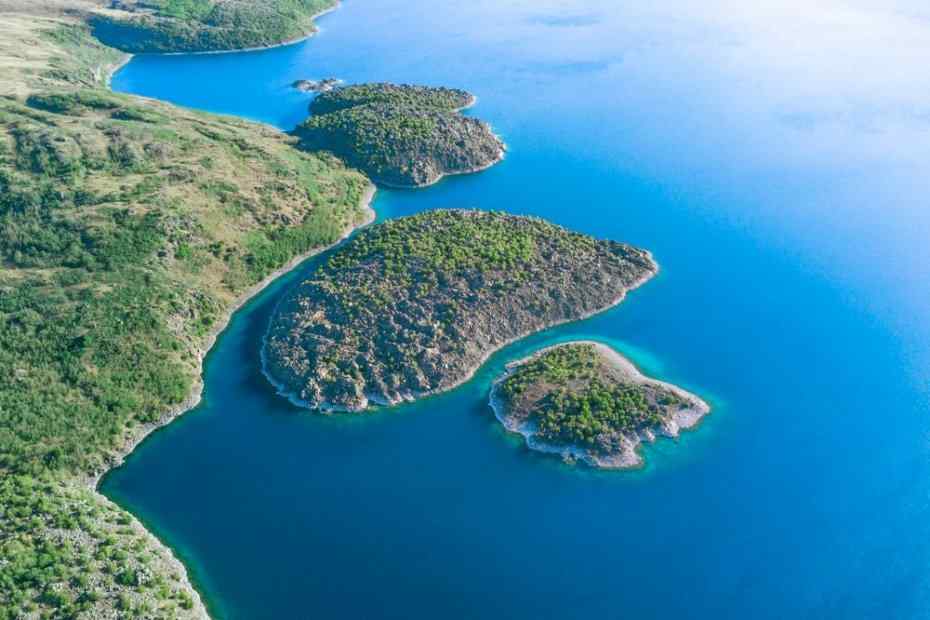 With its climate, location and biodiversity, the geography of Anatolia contains natural beauties that are hard to believe that all are in one country. In the increase of Turkey's tourism potential in terms of natural beauty, lakes are in an important place. Here are the amazing lakes of Turkey which should surely be visited...

Formerly known as Askania, located between Bursa and Orhangazi districts, the, it is considered as the largest lake of Marmara region and the fifth largest lake in Turkey. 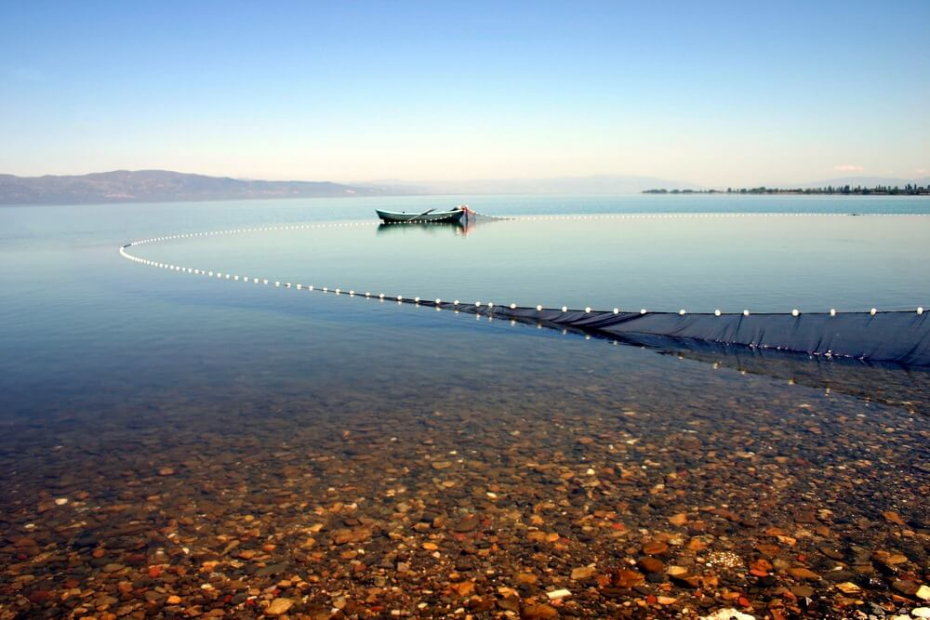 It is thought that the blue color in this freshwater lake formed as a result of tectonic movements and it inspired Iznik tiles. Throughout history, the lake Iznik has been a caravan city, a capital, scientific and cultural center and a religious center, which have the works of four great empires such as Rome, Byzantine, Seljuk and Ottomans. Enchanting with its natural and historical beauties, İznik Lake is waiting for those looking for a peaceful holiday intertwined with nature.

This tectonic lake was separated from the sea when it was a part of the Sea of Marmara in the east of the Marmara Region and has become a freshwater lake by itself. 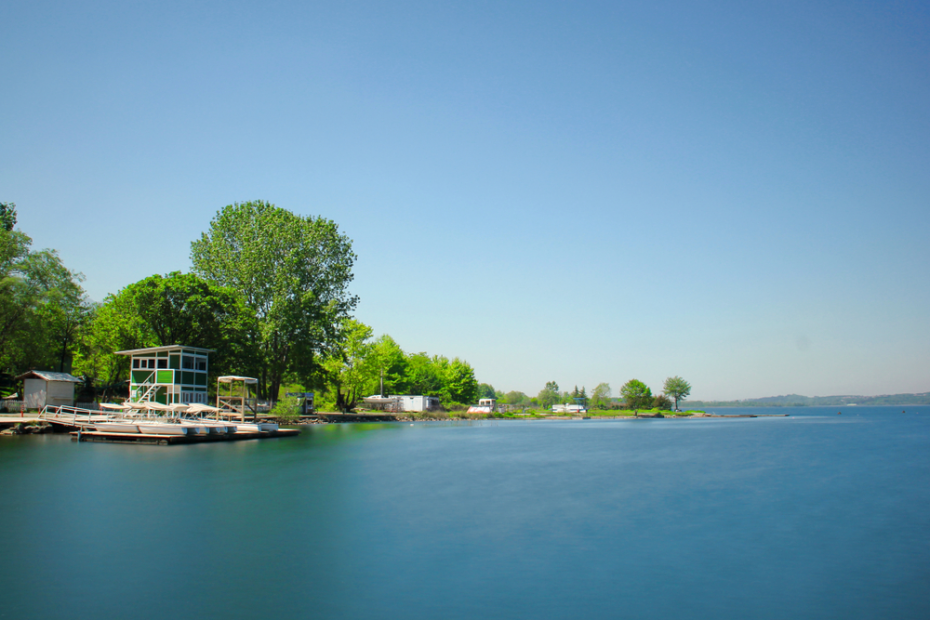 Sapanca is considered the most important drinking water basin of Turkey. It also supplies drinking water to many settlements in the region. Sakarya is a paradise for nature tourism, health tourism, endemic plant and animal enthusiasts. Sapanca, which attracts great attention from tourists with its promenade areas, hiking trails and accommodation facilities, awaits its visitors with its 5-star and boutique hotels.

Salt Lake, located in Yeşilova in Burdur Province, is considered one of Turkey's most clean and crisp at the same time the world's deepest lake. 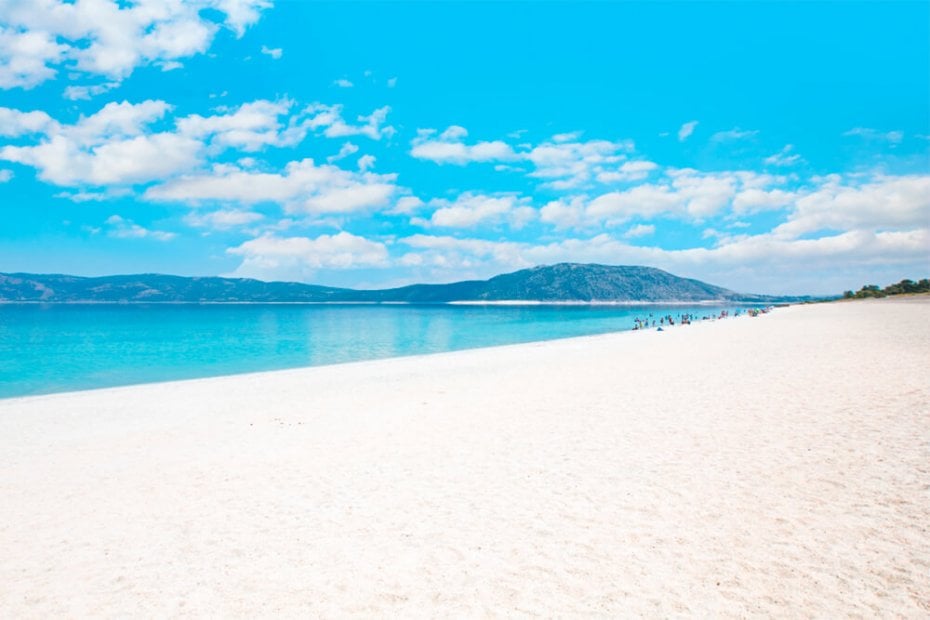 With its white sandy beach and turquoise water, the lake is reminiscent of the Maldives. Salda Lake, which has been very popular recently, is considered to be one of the two regions in the world that has the surface characteristics of the planet Mars. It offers an alternative holiday opportunity with its beautiful view, healing waters, clean nature, forests and camping sites.

Lake Hazar, which is one of the tectonic lakes of the Eastern Anatolia Region, has many summer houses and holiday sites and camping areas. The lake offers many activities such as boat trips, water sports and fishing. 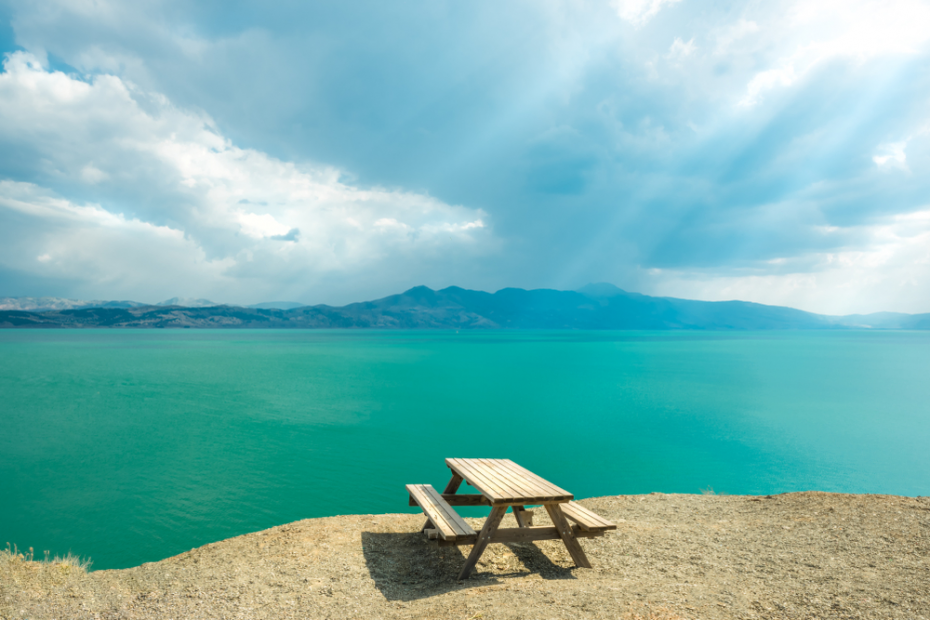 As a result of the research conducted in the Caspian Lake in 1990; It was discovered that there was a sunken city inside, which gives the lake a different mystery. Recently, it attracts the attention of local tourists as well as foreign tourists. During the summer, it resembles the Mediterranean and the Aegean coasts to citizens from Eastern and Southeastern Anatolia.

The world's largest soda lake, Lake Van, is the largest lake in Turkey. The lake in Tatvan district has a volcanic structure formed by the accumulation of crater waters as a result of the eruption of the Nemrut volcanic mountain. 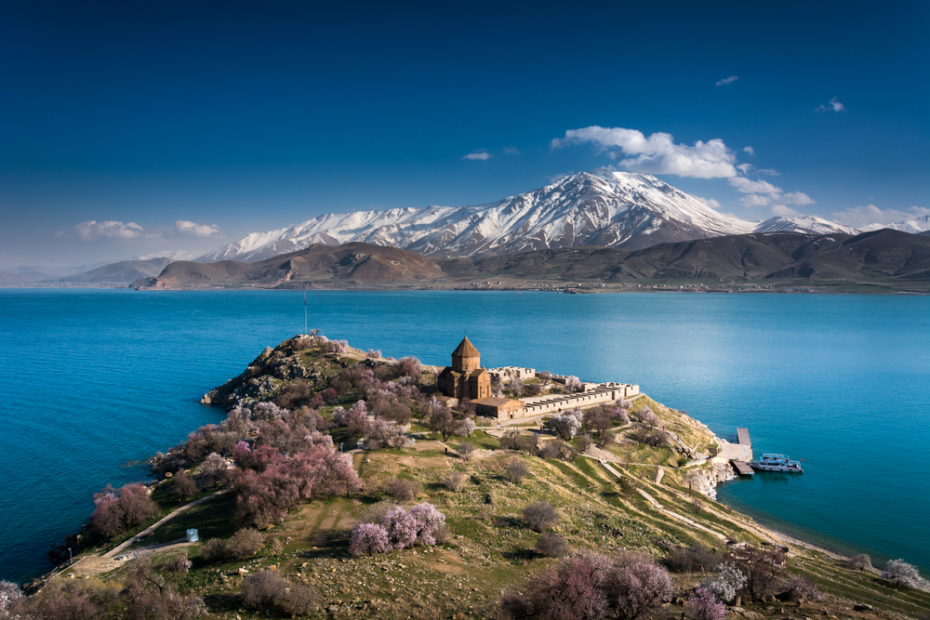 There are rumors that there is a monster in the lake among the locals, and, its salty waters, besides its being soda, reduce the diversity of fish. In order to investigate these rumors, many scientific research teams are working in the region. Located on Lake Van, Akdamar Island hosts the recently restored Armenian church. In the region, which is the center of attention of local and foreign tourists, visitors have the chance to see the most important historical and touristic values of the region.

Karagöl is located in the town Borçka, in Artvin, and not only Turkey’s, it is also considered as one of the world's most beautiful lake. 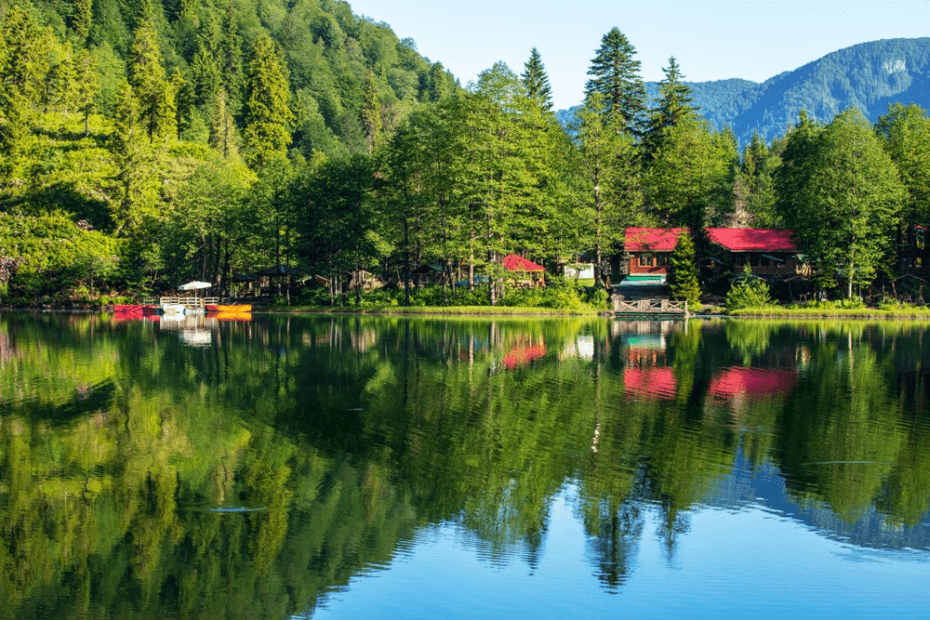 The lake, which is formed by closing the front of a stream with landslide, has a rich flora and animal diversity. The lake, which was declared a natural park by a decision taken by the Council of Ministers in 2002, attracts those who want to spend time alone with nature, away from the stress of the city and business life.

Lake Ulubat, also known as Apolyont, is located about 30 kilometers west of Bursa. This lake has a tectonic structure, and is one of Turkey's largest freshwater lake. 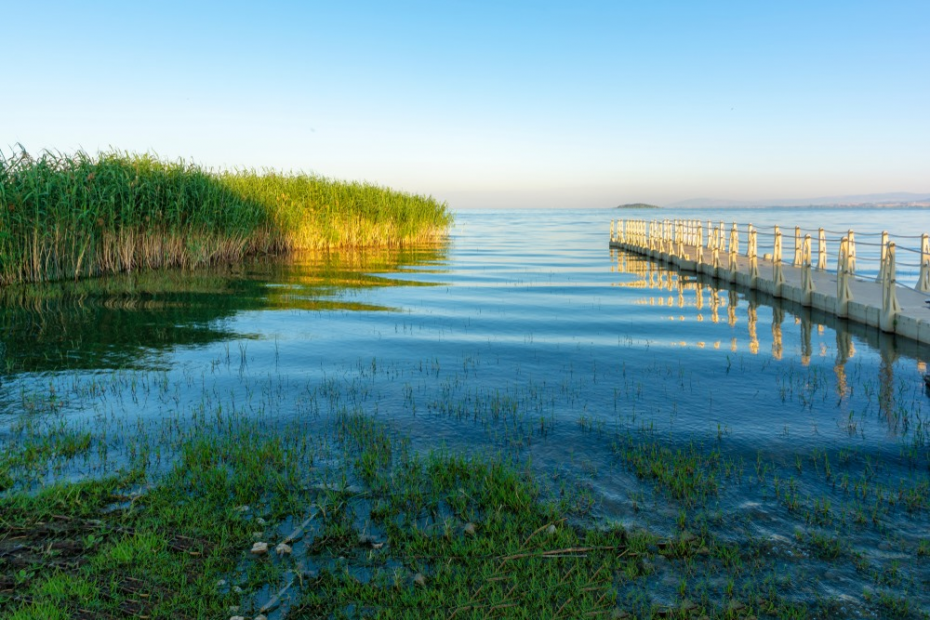 Located on the migration route of various bird species, the lake is considered one of the most important wetlands in Europe and the Middle East. The lake is considered important for fishing and the stork festival is held every year in the surrounding villages. Around the lake, Issız Khan, a traditional Turkish village and a historic Silk Road caravanserai, awaits its visitors.

One of the most important lakes of the Lakes Region within the boundaries of Isparta province is Eğirdir Lake. 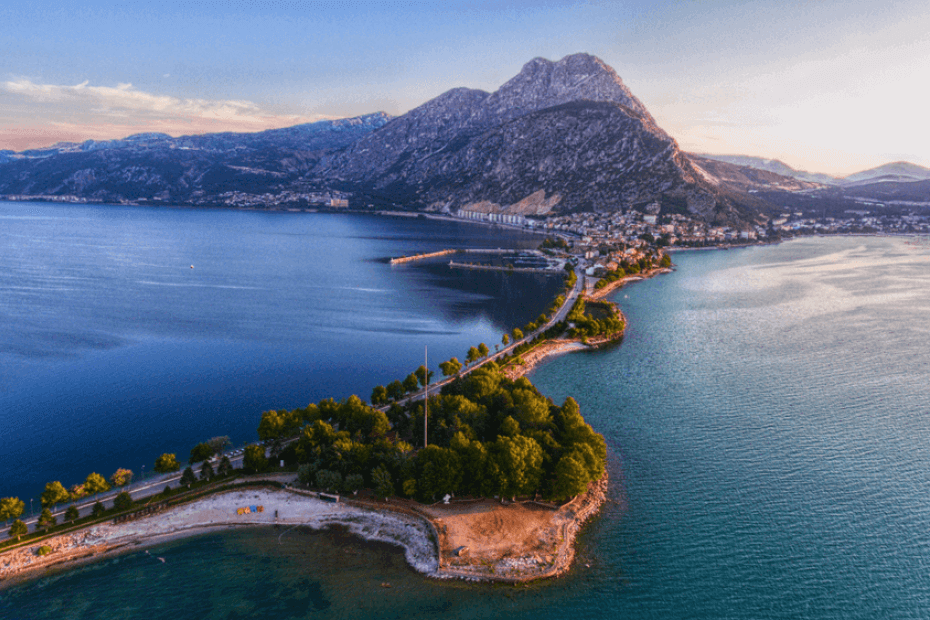 The lake, which has karst formations, is Turkey's fourth largest lake, is the second largest freshwater lake and is also used as a drinking water reservoir. Lake Eğirdir also meets the region's need for fishing, agriculture and drinking water. The lake, which is cyan in color, gets different colors at certain times of the day due to daily and seasonal differences, so it is also called “Seven Colored Lake”.

Köyceğiz Lake, which is formed by the filling of a tectonic pit and blocking alluvial deposits in front of the bay, is in the Köyceğiz district of Muğla in the west of the Mediterranean Region and attracts a considerable number of tourists every year thanks to its natural beauties and historical ruins. 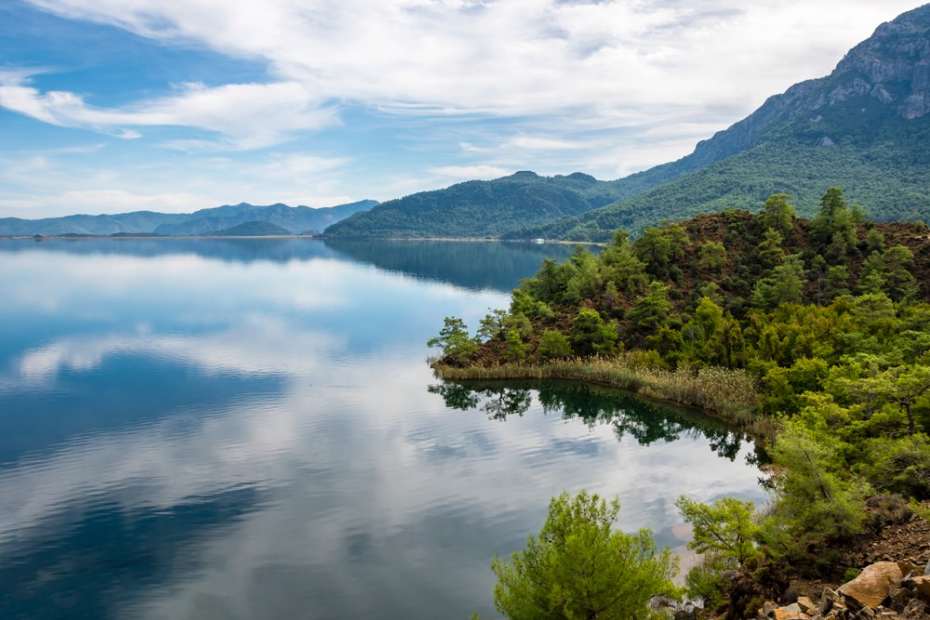 The ruins of Kuanos are considered to be the most important monuments of ancient times. By the decision of the Council of Ministers, Köyceğiz Lake was declared a Special Environmental Protection Area. The lake is one of the natural beauties that must be seen in every season. 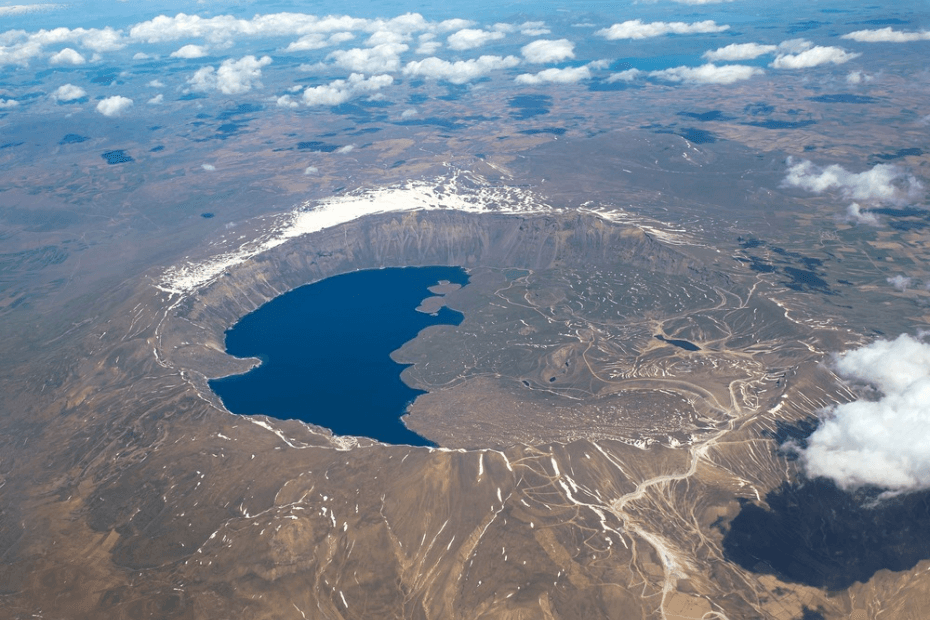 As well as its natural beauty attracts the attention of visitors with hot and cold lakes, ice grotto, steam chimney, and different species of birds. Within the scope of the European Distinguished Destinations (EDEN) project, the lake received an 'Excellence Award' and is considered one of the favorite places for nature lovers who want to camp. Named after the King of Babylon Nemrut, the lake attracts many local and foreign tourists. the source, which is the result of tectonic movements and fractures, is used in hot spas thanks to a large number of thermal facilities.