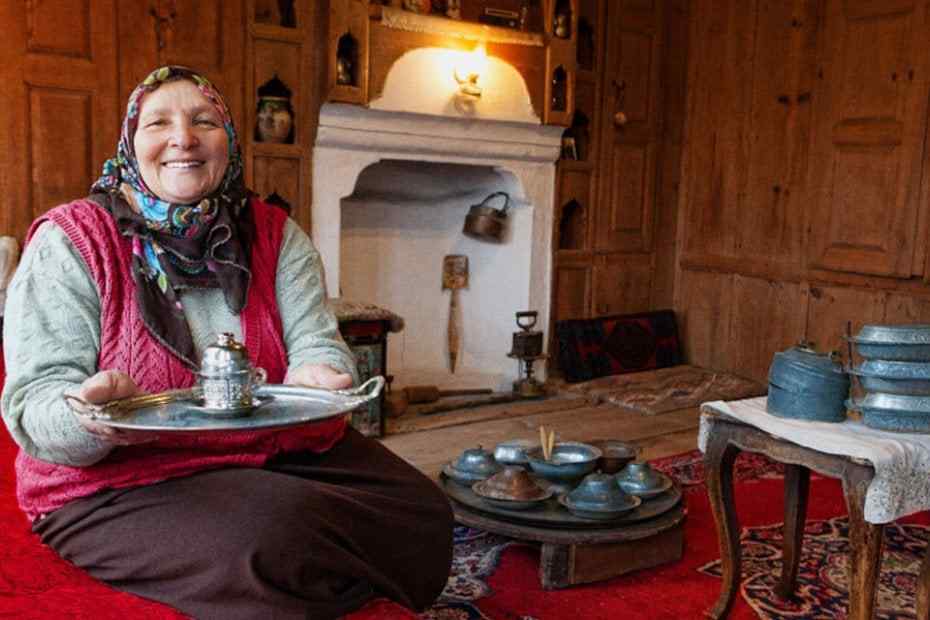 The social structure based on the agricultural economy inherited from the Ottoman Empire to the Republic lived predominantly in rural areas. However, mechanization of socio- economic policies in agriculture in the 1950s and especially with 1948 Marshall Plan, and with number of tractors increasing, resulted population of millions’ migration to cities from rural areas, and the structural changes were experienced in agricultural activities.  As the neighborhood gained a new dimension with the accelerated urbanization process starting from the 1950s, apartment culture became the center of everyday life. However, Turkey, as in walking parallel with industrialization as well as urbanization movement in western countries, had slum hillsides surrounding the city with the migration. In the shanty neighborhoods of many cities, especially in big cities like Istanbul, each shanty has brought its own culture, so that while the close neighborhood relations are maintained, these relations have recently started to weaken with urban transformation projects.  Here's what you need to know about the apartment culture and neighborly relations in Turkey ...

It is possible to define the concept of neighborhood in our society through the proverbs that describe the nature and importance of the neighborhood.  The commonly used phrase “Do not get a house, get a neighbor’’ emphasizes the importance of the neighborhood relations that arise from spatial proximity after buying the house rather than the quality of the house. Another word, “neighbor to neighbor in need of ash’’ emphasizes the importance of neighborly relations and sociality by stating that man cannot be self-sufficient by nature and therefore can meet himself and his needs by establishing relationships with other people. It is also possible to define neighborhood relations through idioms. For example; The term “neighbor’s sake’’ means that a certain level of respect must be maintained in neighboring relations. Going to a place that is not relatively close is defined with the phrase “to turn somewhere to the neighboring gate’’ which shows that neighbors are often people who go to each other.

Neighborhood and Helping Each Other

It is known that cooperation in Turkish society is an important element in neighborly relations. Such rituals like “helping if there is a patient in the neighbor, cooking soup if the neighbor is alone or informing the relatives of the patient ”,  “providing and serving the necessary items in case of wedding invitations” and  “being calming and supportive in deaths and funerals is considered as part of the notion of neighborhood. Rituals such as not participating in the neighboring gossip and preventing gossip, sharing fragrant food whose smell is estimated to go to the neighbors with the neighbors, can be evaluated in the moral context. In addition, rituals in the context of trust and privacy, such as leaving the house key or leaving the child to the neighbor in an emergency, play an important role in neighborly relations. While it is seen that neighborhood relations, known for their sincerity, trust and solidarity, have weakened when migrating from rural to urban areas to apartment life, it is seen that those who share the same place in their previous places in cities try to maintain this relationship in the same neighborhood and apartment where they migrate.

With the process of housing and social change, it is seen that new rituals in the neighborhood relations are added. In addition to the rituals required by spatial closeness and coexistence, such as attending apartment meetings and expenses, following the rules of apartment management, there are also rules that arise as a result of sociality such as avoiding from disturbing behaviors for other people living in the apartment.  Today, however, life in apartments takes people to a different dimension, causing people to prefer secondary rather than primary relations. This situation has a negative effect on the relations between people and neighbors and weakens the neighborly bonds. In addition, the shared responsibility of the apartment life and the obligation to share the space to participate in apartment expenses, noise and other factors lead to various problems. These problems weaken neighborly ties. The fact that the culture of living together is almost non-existent can create problems in apartment life. Except greetings, many people do not recognize their neighbor, and do not have any information about each other.

Neighborhood can be considered as a form of social relationship with socio-psychological and cultural dimensions such as moral, trust, privacy, solidarity, depending on spatial closeness, which varies from society to society and sometimes more important than relatives. It is seen that there are three types of neighborly relations by differentiating from each other:

The first kind of neighborhood relations: It is a diminishing but longing type of relationship in the modern time where neighbors meet intensively, both individually and with family, and where intimate, warm relationships and unintentional commuting are experienced. In this type, solidarity and cooperation are at a very high level. For example; food such as noodles, pickles and tomato paste are prepared together with the help of neighbors at home or in the garden. Such neighborhood relations are mostly seen in slum areas in relatively large cities and in settlements where lower income groups live.

The second kind of neighborhood relations: It is a relationship that is predominantly solidarity, based on friendship. In this kind of neighborhood relationship, the neighbors consist of people who participate in activities outside the home together, enjoying and living together. In other words, neighborhood is a relationship based on space and friendship. Consensus of socioeconomic and cultural level forms the basis of the relationship. While the second type neighborly relations are often seen in the lower- and middle-income group lives in Turkey's relatively less developed regions, positive change in the socio-economic conditions leads to weakening of neighborly relations.

The third kind of neighborhood relations: It is a kind of reserved neighborhood which is widespread in big cities like Istanbul. Material and moral solidarity and cooperation take place at the lowest level. Although the residents of the apartment greet and chat with each other, they avoid meeting with the neighbors as much as possible. In this kind of neighborhood, the individual's expectation from neighbors is not to be involved in sharing private life, avoiding interference with each other in common apartment life and not making disrespect. For this reason, the most admired neighbor is the neighbor who is distant and respectful. In the hustle and bustle of daily life, since the house becomes a place of rest and time spent with the family, it is unnecessary to meet neighbors if it does not rely on certain interests.  The third type of neighborhood relations are mostly found in the regions where middle- and upper-income groups live. It is a known fact that such neighborhood relations increase due to the increase in the level of education and culture and the change in socioeconomic conditions.