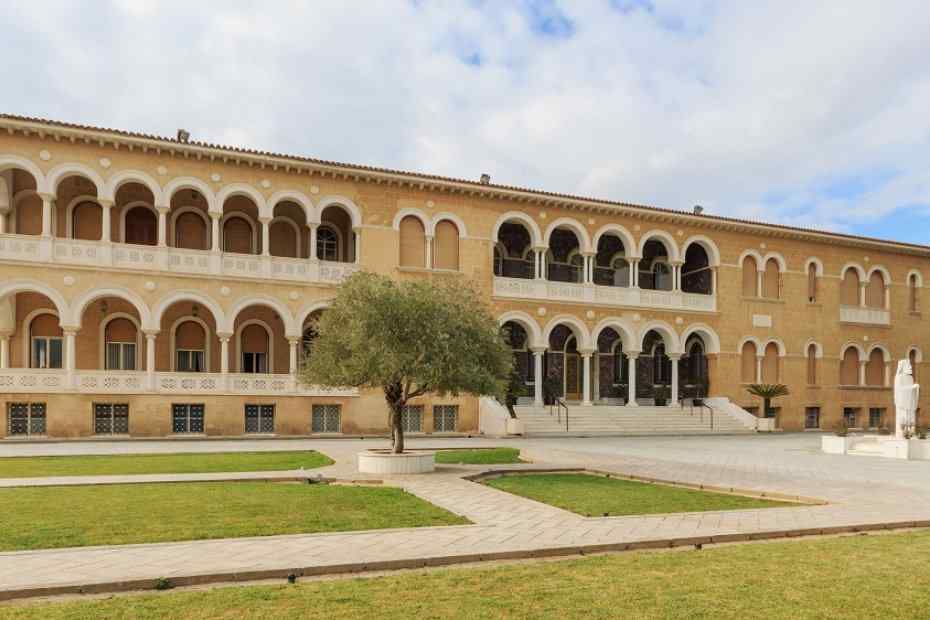 The palace was built next to the "Old Archdiocesan Mansion", which was built in 1730. The Old Archbishop's Palace is an 18th century two-storey building in the heart of Lefkosia (Nicosia) that is closely associated with modern Cypriot history.

Next to it is the new Archbishop's Palace, a two-storey stone building in Neo-Byzantine style, housing the offices of the archdiocese and the residence of the Archbishop.

The museum contains the richest and most representative collection of Byzantine art on the island. The main collection consists of 48 icons, which come from churches all over Cyprus and from the the church of Panagia Phaneromeni.

The museum building houses a library containing publications and manuscripts on Byzantine and Greek history and folklore, ranging from classical literature to other reference materials.

About 230 icons dating from 9th to the 19th century, as well as typical products of the Byzantine minor art of Cyprus, such as sacred vestments and books are on display. They are exhibited in three large rooms in the basement of the centre.

Library of the Archbishopric

The library currently has approximately 70,000 volumes of books, magazines, newspapeers and is considered to have one of the most detailed scientific collections in Cyprus. The books and other documents can not be checked out of the library but readers are allowed to study the materials in the reading hall and make a limited number of copies.

The Folk Art Museum in Nicosia was established in 1985 and it showcases collections of Cyprus folk art from the 19th and 20th centuries with over 500 exhibits displayed across six rooms.

The collection covers art, culture, traditions, society and other elements of traditional Cypriot life, including national costumes, furniture, country tools, wood carvings, embroidery and jewellery. In 1988 the museum was recognised with the Europa Nostra award.