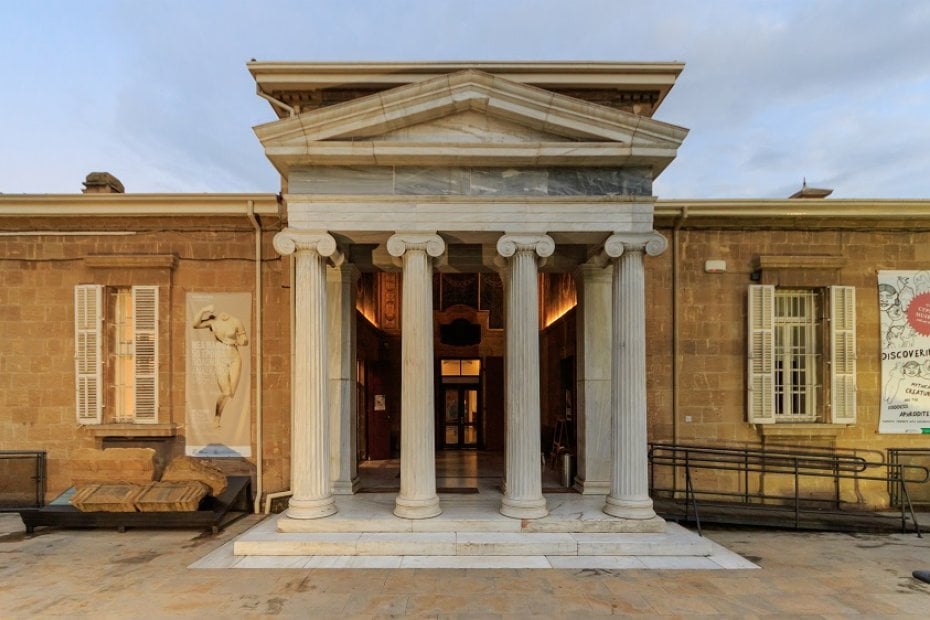 Nicosia’s rich historical and cultural history is depicted in a large number of museums, art galleries, and cultural landmarks spread throughout the city. The city is home to beautifully adorned churches and many museums which are a testament to its centuries’ old traditions.

Located on the Aphrodite Cultural Route, the Museum of Cyprus is where you can trace the long history of civilization in Cyprus from the Bronze Age to the early Christian period. Among the cultural heritage of Cyprus that is exhibited in the museum, visitors can see pottery, jewelry, sculpture, and coins from the Neolithic period to Bronze Age, Iron Age, and the Greco-Roman periods. The gold jewelry collection and relics from the royal tombs of Salamis and the statute of Aphrodite are the most famous exhibits in the museum.

The Leventis Municipal Museum of Nicosia

The Leventis Municipal Museum of Nicosia is located in the old city within the Venetian walls and is not far from the lively Eleftheria Square. The Museum was opened in 1989 and two years later was honored with the European Museum of the Year Award. The museum aims to preserve the culture of Cyprus and exhibitions include objects from Byzantine and Medieval, Venetian, Ottoman, British, and the modern Cyprus periods.

One for the sports fans, APOEL History Museum is located at its clubhouse and opened its gates in 2019. The museum showcases the history of the most successful club in Cyprus. Through the seven exhibition halls of the museum, the fans acquire the ability to learn or bring back in mind memories of APOEL’s successful past. More than 200 major trophies in total in every sport that APOEL participates in, alongside with hundred exhibits are displayed in the museum’s exhibitions.

CVAR, the Centre of Visual Arts and Research

CVAR is located on Ermou street, not far from the historical center of the city. The exposition is based on works of art and objects collected by the Severis family: from painting and traditional costumes to the old posters with images of famous architectural landmarks of the island. The biggest collection of paintings in Cyprus is exhibited in the Centre: over 1500 works that were in some way inspired by the island. Other galleries feature books, old photographs and other printed materials, and countless memorabilia objects.

Founded by Loukia and Michael Zampelas, this art museum features their impressive private collection: more than 1200 works of art, including masterpieces by Picasso and Dali. Paintings by Cypriot, Greek, and Russian painters are also exhibited here. Temporary exhibitions, educational programs, workshops, and cultural events are regularly held at the museum. It also houses a library, an art salon, and a gift shop.

The Key Factors Affecting Real Estate Market in the USA

Best Places to Invest In Property in 2022