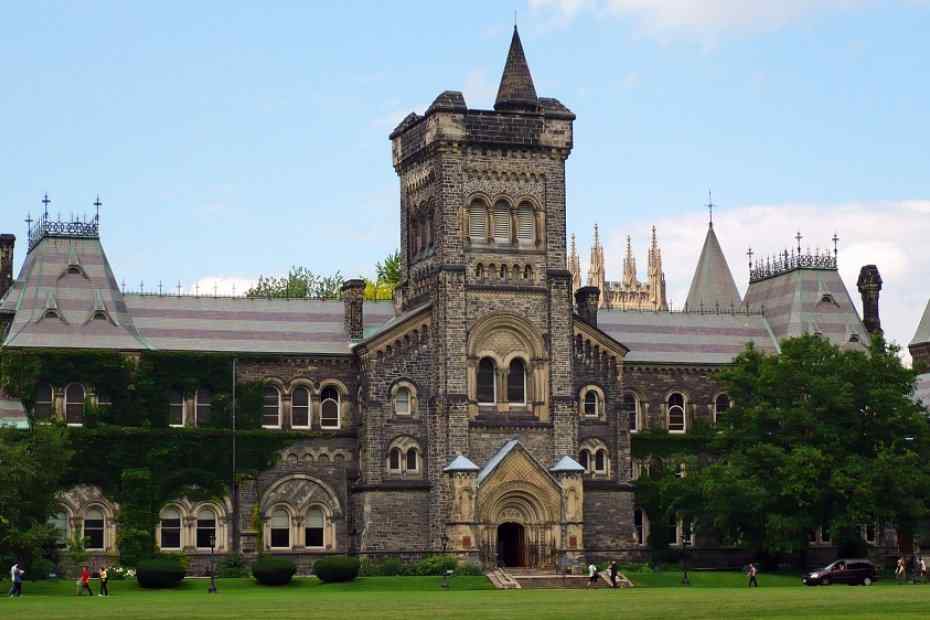 Toronto is a prosperous center of art, fashion, music, and theatre. Ranked as the 4th most livable city in the world, Toronto interests many students around the globe. With its multiculturality and being the most populated city in Canada, Toronto does not fail to attract students around the world. The universities in Toronto feature some of the best student amenities like sporting and athletic facilities, large library systems. For the students planning on studying in Toronto, It has many opportunities for you such as internships, placements, part-time jobs. And many large companies are hiring.

Being ranked as the 601st in Top Universities by the Times Higher Education, it offers a career-driven education to its students. Its MBA program is regarded as one of the best value for money business programs in Canada. It has more than 100 undergraduate and graduate programs. It is most known for its fantastic media, engineering, business, and nursing programs.

The University of Toronto is considered the best University in the country. Moreover, it is regularly getting into lists of the top ten public universities in the world. UoT was where insulin and stem cell research was born. Also, UoT is noted for its academic influential movements such as literary criticism and communication theory. Offering a rich, urban city experience, the University of Toronto is most known for its engineering, arts, science, and architecture programs.

Home to 12,438 international students, York University ranks 438th in Best Global Universities and 17th in Canada. The University has gained more recognition over the years and is continuing for more. It has the oldest film school that is one of Canada's best. In the Economist's Full-Time ranking in 2011, York's Schulich School of Business ranked ninth in the world. York University was ranked first in Ontario for Communications and Media Studies and second for Anthropology, Arts and Humanities, Art and Design, and Law. Besides all that, York has more to offer with its more than 300 student clubs, more than 200 international university partners, and more than 90% of the university graduates were able to find a job within two years after graduation.

Humber College aims to apply career-focused teaching, and its primary aim is to prepare the students for real-life experiences. With its innovative teaching techniques, Humber has more than 180 full-time programs. Global Business Management, Information Technology Solutions, Computer Engineering Technology are the most popular courses offered by Humber College.