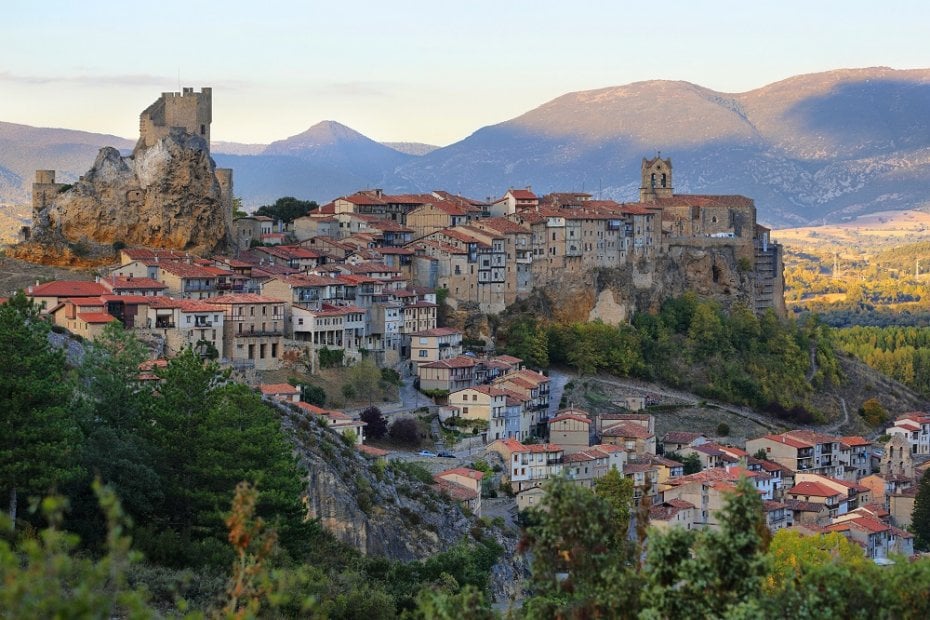 From castles and museums to parks and major plazas packed with trendy cafes and restaurants, Madrid boasts a plethora of attractions. If you don't want to confine your vacation to Spain's capital, you may take day trips from Madrid to areas with at least as many attractions. Join us as we look at some of the best weekend trips available from Madrid.

Santander is a popular destination for Spanish vacationers, thanks to its wealth of gorgeous sandy beaches, natural parks, and spectacular cliffs. However, there is something for everyone thanks to a vibrant nightlife and intriguing museums (one that merits special mention is the Cantabrian Prehistory and Archaeology Museum). Visit the picturesque village of Santanilla del Mar or the prehistoric caverns of Puente Viesgo for a day excursion out of town.

The majestic regal Magdalena Palace in Santander has become an icon of the city. The palace was built between 1908 and 1912 on a peninsula with a view of the sea. The Magdalena Peninsula, a large green grassland, surrounds the castle. It is bordered by coves and beaches and is covered with verdant meadows and thick woods. Picnicking, swimming, and resting are all popular summer activities.

The ancient Romans who lived here dubbed this bright coastal location Lucentum ("Place of Light"). The term is derived from the infinite stretch of white sand beaches that can be seen in this area of the nation. The city combines the leisure and pleasure of the beach with the history and attractions that a city break should include, a historic stronghold looms above the city, as well as a traditional Mediterranean old-town with whitewashed homes and cobblestone streets.

Mornings will be spent visiting museums and cathedrals, while afternoons will be spent swimming in beautiful seas or napping beneath a parasol. Alicante's new tram system makes getting from one destination to the next a snap.

Burgos, a city in Castilla-Leon on the Pilgrim's Road to Santiago de Compostela, still has many remnants of its medieval splendor.

The city, which served as the capital of the unified kingdom of Castilla-Leon for five centuries, boasts a masterpiece of Spanish Gothic architecture: the cathedral of Burgos, declared World Heritage. Aside from visiting the historic area, you may go for a walk along the banks of the Duero and Arlanza rivers, which is extremely interesting. Great places to approach a delicious, varied cuisine.

Valencia has a lot to offer, from the golden beaches of Playa Las Arenas to the extravagant Rococo architecture of the Palace of the Marqués de Dos Aguas and the cobblestoned, maze-like Old Town.

Valencia, though frequently neglected in favor of Barcelona and Madrid, has a lot going for it. The 2,000-year-old city, which is located on Spain's east coast, offers broad sandy beaches, stunning architecture, a lively culinary scene, and culture without the crowds found in other big Spanish towns. Although it is Spain's third-largest city, the cathedral, the Mercado Central, and the UNESCO-listed Lonja de la Seda are all within walking distance of the town center.

There is something for everyone in Seville. While in the Andalusian city, you may explore everything from famous Moorish and Catholic structures to its ancient bullring, as well as outstanding tapas bars, charming old neighborhoods, and enormous wooden mushrooms.

Seville, a city influenced by Jewish, Islamic, and Christian influences, has church facades, minarets, and old ghettos that exhibit traces of each religion's existence. Seville's centuries-old neighborhoods and cultural attractions will enchant those who want a fair dose of history amid leisurely strolls through tiny alleys and calm, drawn-out dinners.

A Guide to Commercial Ownership in Turkey

Can I get Turkish citizenship by buying a house?