Bosphorus Villages to Visit in Istanbul Istanbul is known as a unique city with its history and location. There is no other city in the world located on two continents separated by a waterway like Istanbul. The Bosphorus, as a water channel, not only separates Europe from Asia. It connects the Black Sea to the Mediterranean and is considered a special place where water meets and complement each other. The Bosphorus is strategically important as a gateway to great migrations from east to west throughout history. So many small villages are built along the coast. Although the name of many settlements in Istanbul is called as a village, they turn into big settlements over time.

History of the Bosphorus Settlements

Since the Byzantines were always under attack and siege, especially in the last periods, there were few settlements outside the city walls. It is known that there are no traces other than a few churches, holy springs and Monastery ruins from the Byzantine era. However, the settlement of the Bosphorus began in the Ottoman period as a whole, and villages that had been living by agriculture or fishing had formed. In the historical process, it is seen that the settlements have started to develop according to other needs, especially in the form of a summer house. In the 17th century, when Istanbul was full of people from Anatolia, the people with low income and competent at foreign trade go towards to Eyüp and Boğaziçi villages outside the city. In the 18th century, the last period of the Empire, the Bosphorus became the place where the people from each group began to live in. In this period, Kilyos, Anatolian Lighthouse, Rumeli Lighthouse, Rumeli Kavağı and Garipçe villages are being established as new settlements. Here are the villages of the Bosphorus that have survived until today… 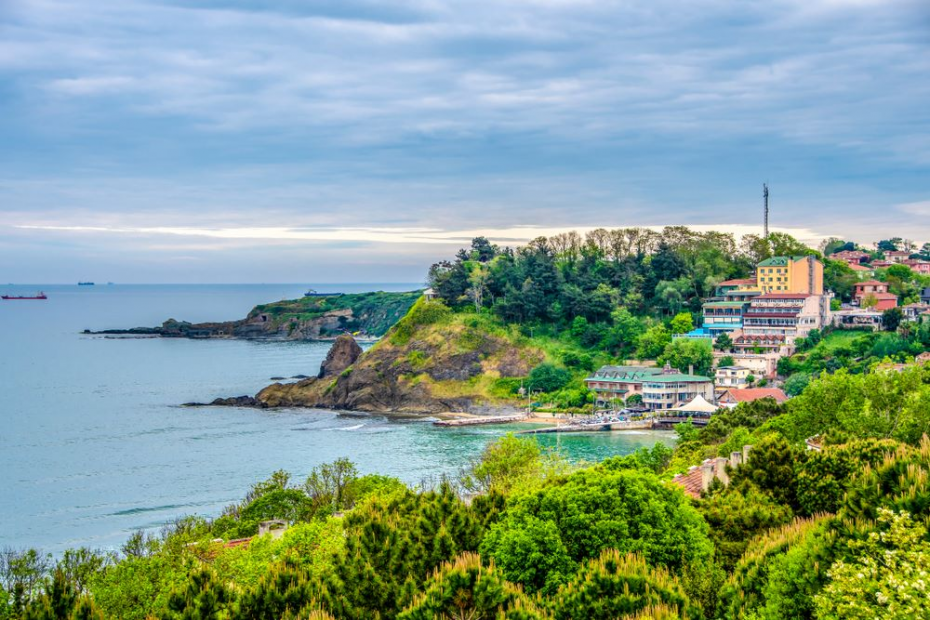 Located on the Black Sea coastline of Sarıyer, this resort is known as a small fishing village. It is preferred for weekend holidays and relaxation in the sea and nature in a calm environment away from the chaos of Istanbul. Wherever you depart from the city, it is as if you have come to a paradise in the Aegean and the Mediterranean in one and a half hours at the latest. The most beautiful beaches of Istanbul are in Kilyos. Suma beach is especially popular with DJ parties organized on weekends. There is also a fortress built by Genoese in Kilyos during the period when they dominated the entire Black Sea trade. The castle was attacked by the looters of the Don Cossacks from the north of the Black Sea in the 17th century. It is known that the castle repaired during the reign of sultan II Mahmud.

It is one of the Bosphorus villages following the Anadolu Kavağı and Poyrazköy at the exit point towards the Black Sea on the Anatolian coast of Istanbul. 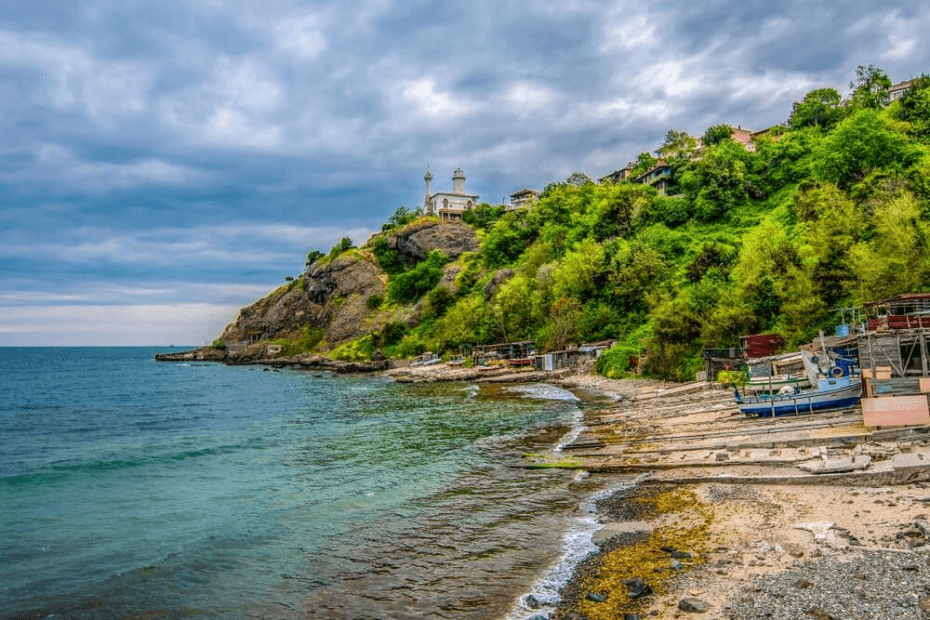 The population of the village consists of those who migrated from the Caucasus and migrated from Crete as soldiers and settled. In addition to fishing, the people of the village are also engaged in vegetable and dairy farming from time to time. Anadolufeneri village has a 20 meter lighthouse made of white stone. The lighthouse was built to guide the ships entering the Bosphorus and was built from wood during the Ottoman period. In spring and summer months in Istanbul, it is considered one of the suitable places for weekend rest and picnic pleasure.

Rumelifeneri is located at the point where the Bosphorus meets the Black Sea. Far from the crowds of the city, Rumelifeneri village, which is preferred by those seeking peace, enchants its visitors with its green, nature and forest. 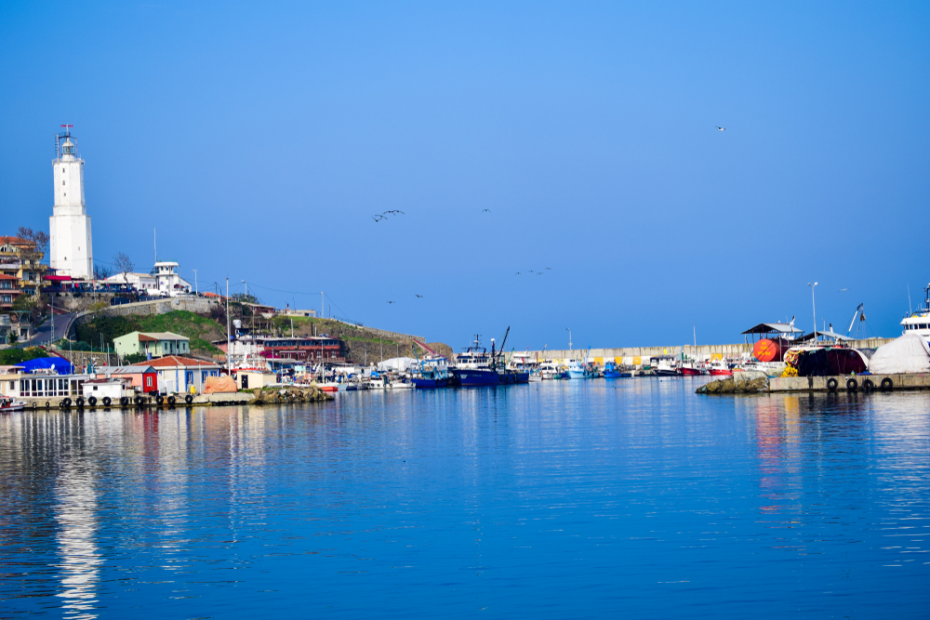 This small fishing village, named after the lighthouse, stands out as one of the favorite places for Istanbulites to enjoy breakfast on weekends. The lighthouse in the village has a height of 30 meters. There is also a 17th-century castle in the region. During the reign of IV. Murad the castle was rebuilt. The castle has two large towers and an arched gate. It is known that the castle was used as a military guard post during the Republican period.

Rumeli Kavağı, one of the three tourist settlements on the seafront of Sarıyer district up to the Black Sea exit, is considered one of the largest fishing villages. 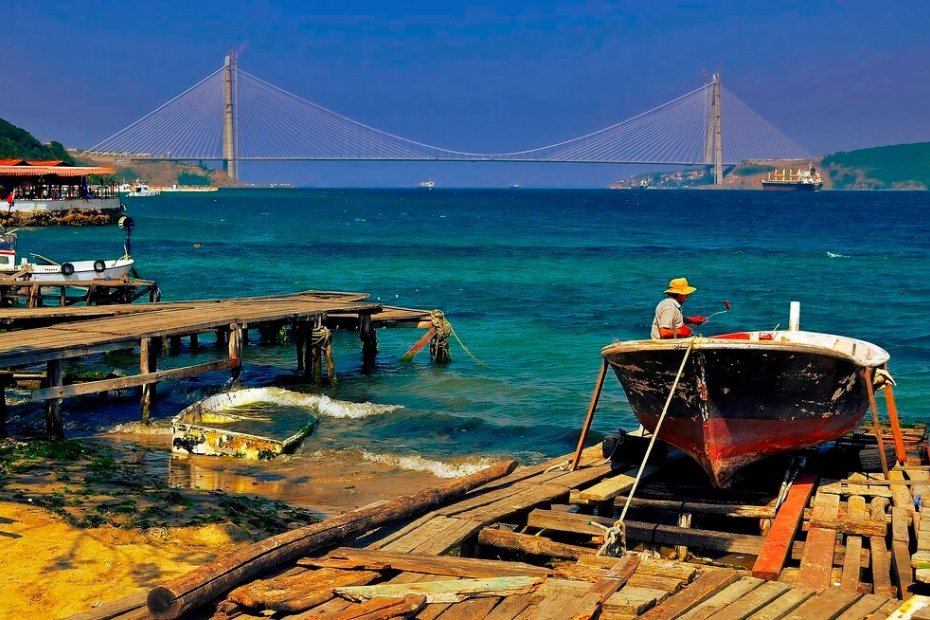 It serves domestic and foreign tourists with its fishing restaurant and casino. Fishing is the biggest source of income for Rumelikavağı people. Fish, mussels and other seafood from the region are prepared and served in restaurants. Many Istanbulites prefer the village of Rumelikavağı for fish only.

Garipçe, a small village between Rumelikavağı and Rumelifeneri villages, has started to make its name known with the opening of Yavuz Sultan Selim bridge which is the third bridge recently built in the Bosphorus. Many locals and foreign tourists who want to explore the hidden places of the city are also visiting to see this quiet place. Garipçe Castle is one of the places to visit in Garipçe. It is known that the castle was built by Sultan III Mustafa between 1757-1774. Once upon a time the Turkish army used this castle. Many people come from nearby places to especially have breakfast in Garipçe Village. The venues here are particularly distinguished by their specialization in breakfast. Like all other Bosphorus villages in Istanbul, fishing and fish dishes are very popular in the village. As a matter of fact, there are many fish restaurants. Crowds occur in restaurants and cafes, especially on weekends. While visiting the village, you can buy pickles, noodles, tarhana, tomato paste, jam, butter and various natural foods that are homemade from villagers.