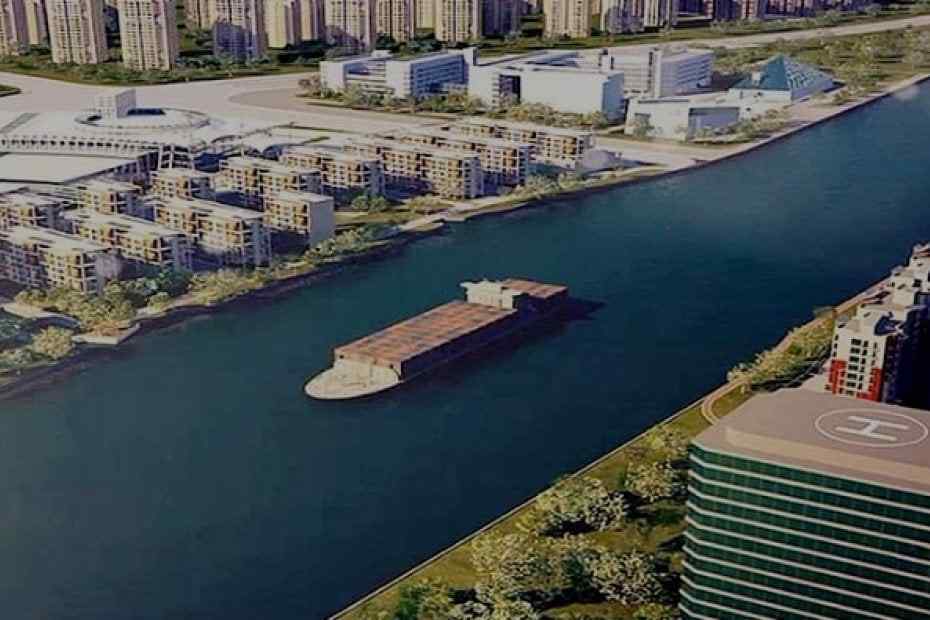 The production and work of projects under the Vision 2023 plan in Turkey continues. It is expected that the development of a strategic location is critical for the large, planned projects in transportation, infrastructure, and defense. The extensive transportation business and the high financial costs are a reason why other countries turn to Turkey. Projects that have been accelerated due to transportation problems caused by large migrations from other cities to Istanbul are paving the way for developing the transport and logistics sector. He started talking about mega projects like the Istanbul Canal project in Turkey that recently attracted tremendous attention. It is expected that this huge project will turn half of Istanbul into an island by concentrating on an area of ​​50 km. Thus, we see the details of the Istanbul Canal project, one of the world's largest projects.

History of the Istanbul Canal project

The history of the naval project, which will be a replacement for the Bosphorus host in Istanbul, dates back to the Roman Empire. For the first time, the Sakarya river transport project is spoken of in the correspondence between Bitinya's guardian, Plinius and the Emperor Trajan. The work schedule for the idea of ​​connecting the Black Sea and the Marmara Sea to each other employing an artificial strait has been prepared six times since the sixteenth century. The Sakarya River and Lake Sapanca projects, which are among the three projects that the Ottoman Empire planned to undertake in the mid-1500s, are linked to the Black Sea and the Marmara. Although two of the most famous architects of this period began making installations, this project was canceled due to the wars. It is expected that the boat crossing of 50,000 to 100,000 annually from the host of the Bosphorus in 2050. This number could reach 2,500 with fishermen and city line crossings daily. It is known that the increase in traffic in the Bosphorus and the search for alternative shipping routes are the two reasons for this project. The project, which was added to the agenda in the legal era of Sultan Suleiman in the year 1550, was added for the first time to the schedule with the phrase "I am thinking of Kanal Istanbul" that he wrote in the journal Tubitak Science and Exclusion.

The Istanbul Canal project, which is planned to be built on the European side of the city, aims to reduce traffic from the Bosphorus, which is the only transit corridor between the Black Sea and the Mediterranean, and to reshape the economy and social and urban structure of the region. At the same time, the project is also expected to fulfill its mission as an artificial sea route on the sea surface between the Black Sea and the Marmara Sea. The canal, which has the capacity to transport 160 boats per day, paves the way to contribute to the development of transportation and logistics services by reducing the intensity of traffic in the Bosphorus. The canal, which is expected to reduce the density of oil tankers, also clarifies that two new cities will be built at the point through which it will connect with the Marmara Sea.

The length of the channel is planned to be 45 kilometers, its width from the surface is 145 -150 meters, and its width from the base is 125 meters. When you start to use the Istanbul Canal, the tankers will end up in the Bosphorus strait. Within the scope of the project, it is planned to create two peninsulas and a new island in Istanbul through excavated excavations. The construction of roads linked to the canal with the railways and the third airport is also a detail of the project.

It is planned that two railways will be built within the scope of the Istanbul Canal project, which are 7 A road bridge, two metro crossings, and another underground crossing. 8 tunnel crossings are designed in the main water transmission lines, which are 4 lanes for existing power transmission lines, 5 lanes for gas lines, 3 lanes for communication lines. Meanwhile, there are designs for building 10 bridges in the project.

It is made clear in the construction of the canal that there will be no link with international agreements such as the Montro Contract that Russia supplied, in 1936, which provided for preventing access from the Black Sea to the Mediterranean Sea by means of warships and strategic importance. It is planned that any kind of transit will be controlled through the Istanbul Canal by Turkey.

The Istanbul Canal project cost, which is one of the major global works, is expected to be very high, for example, 20 billion. It is also believed that the cost of this mega project will reach 100 billion dollars, with investments such as a bridge and an airport. 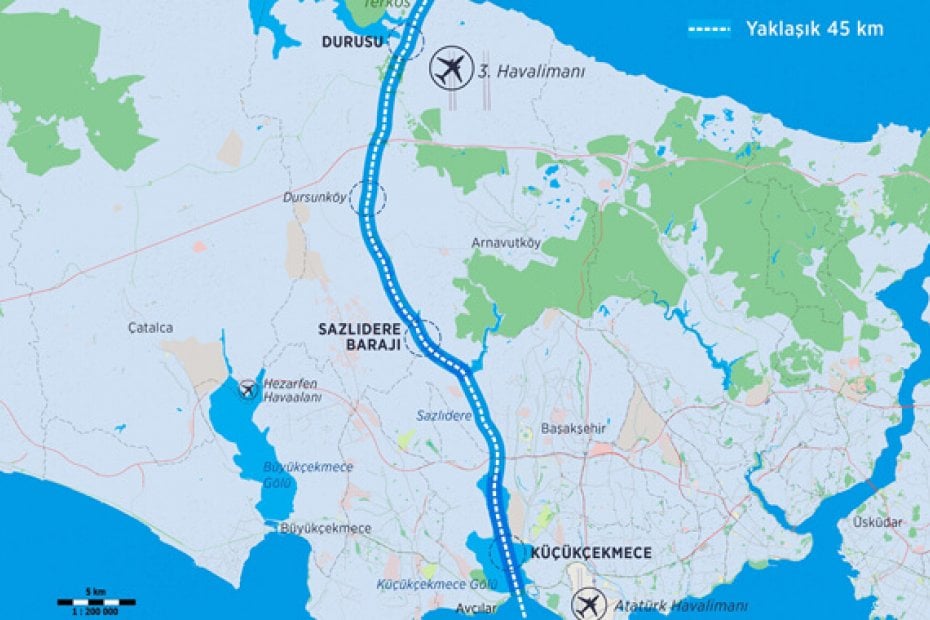 It is calculated that it will be the crossing route of the Istanbul Canal from Avcilar - Kucukcekmece - Sazlidere - Durusu. It is planned that the project, which passes from the neighborhoods of Sazlider and Altinsehir to the Black Sea from the edge of Terkos and Durusu, and this by advancing from the Sazlidere Dam. It is also specified that the area of the project that has an artificial sea route will be 45 square kilometers and that it will start from an isthmus separating the Marmara Sea and Lake Kucukcekmece.