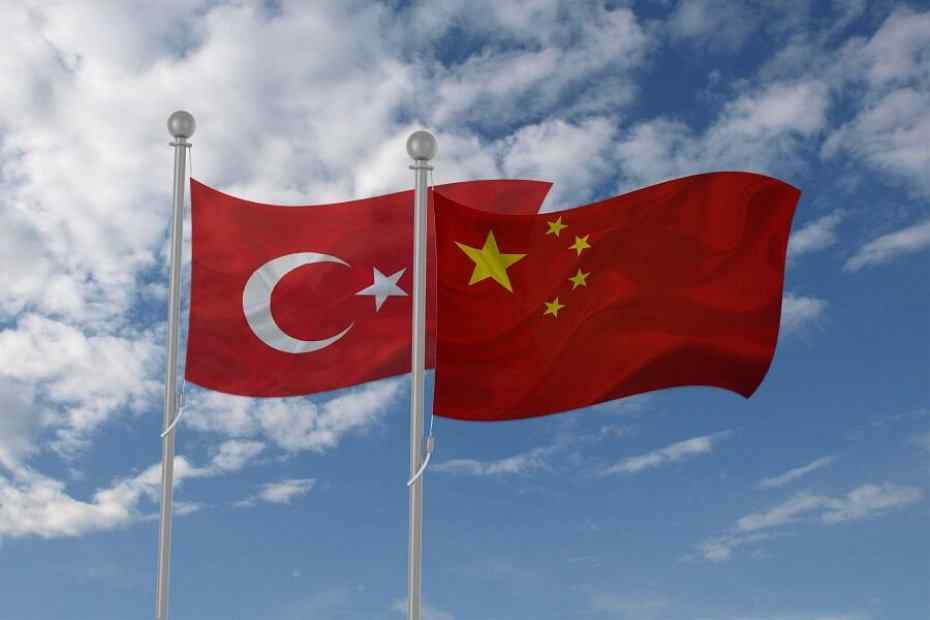 China is the world's youngest and most important financial power and a leading actor in world politics. With the People's Republic of China's successful governance and industrial strength, they prove their worth and value for further cooperation for every nation across the globe. Relations between China and Turkey share equal values and opportunities for both countries. As the relations gained another level that could be called "strategic cooperation" in 2010, the bond between these respective nations has been rapidly improving without any major disputes that could damage it. With cooperation in the fields of economy and military, China and Turkey promise to maintain their strong relations in the near future.

Relations between the Chinese and Turks can be traced back to way before the common eras when Turkic nomadic tribes roamed the Eurasian steppes. Filled with disputes and trade, Turks and Chinese weren't able to form an official relation until the 19th century. As some pieces of evidence led to information about Ottoman envoys and traders visiting Ming China, no document was recorded regarding their relations. As both nations were part of various trade routes, their relations were solely based upon trade until 1875 when Ottoman reached China in order to form a positive diplomatic relation with the nation. However, all of these diplomatic approaches failed due to the conditions of those times, so relations had to continue via third parties. While China was going through a phase of instabilities following the dissolution of the Qing dynasty and the Republic of China's formation in 1911, the Republic of Turkey, founded in 1923, was looking for ways to form a bond with this powerful nation in the east. In 1934, the efforts of Turkish diplomats came to success with the opening of a consulate in Nanjing. With the establishment of The People's Republic of China in 1949, bilateral relations between these countries took a drastic turn since Turkey chose to maintain its relationship with the nationalist government on Taiwan following many other nations. As Turkey became a member of the North Atlantic Treaty Organization (NATO) in 1952, sides were taken in the scheme of the Cold War. Relations between The People's Republic of China and Turkey gained momentum with the cooperation of third-party countries when economic relations started to develop in the late 60s. In 1969, both nations took part in bilateral trade agreements, and as of an agreement signed in Paris on August 5th, 1971, Turkey recognized the People's Republic of China as the only representative of China end ceased their relations with the government in Taipei. Bilateral relations between China and Turkey were continually improving between the 70s and 90s with the accomplishment of many trade agreements. However, this stable bond went through some complications in the 90s over Beijing's concern in Turkey's policy in China's Xinjiang Uyghur Autonomous Region, but no conflicts came over in these disputes. Following the deterioration of the relationship, the Turkish government changed its foreign policies, aiming to improve its relations with Russia and China. Showing slight linear improvement in bilateral relations between Turkey and China in the 2000s, their bond took a leap with Premier Wen Jiabao's visit to Turkey in 2010. With deals and agreements done on this visit, relations between Turkey and China gained the status of "Strategic Cooperation" following a great increase in financial and military agreements. With the positive relations that Xi Jinping and Erdogan have, relations maintained their stable improvement over the years. To sum it up, China and Turkey are following a durable route in their bilateral relations despite having occasional ups and downs.

China and Turkey share an economic influence on each other which has a rich history. This long-past of relations creates a significant portion of influence in both countries. As with the establishment of The Turkish-Chinese Business Council in 1992, the collaboration of these nations continues to grow each year. The people's Republic of China is Turkey's first trade partner in East Asia and the second import partner after the Russian Federation as of 2019. With significant Joint Economic Commission meetings, China and Turkey aim to take part in great projects that will contribute to their economies significantly. The establishment of industrial, real estate, swap, financial projects over the years such as "Belt and Road" have proved that strategic cooperation that China and Turkey have will maintain its prominent value. Both Turkish airlines and Sichuan Airlines continue to add routes between respective nations as tourists from China to Turkey are expected to reach one million. The financial relations that China and Turkey established over the years continue to provide countless goods for each country and are expected to do so in the near future as well.

The Past and The Present of Kadıköy: The Pearl of the Istanbul's Asian Side
Residence Towers in Dubai
Rent a Villa in Turkey