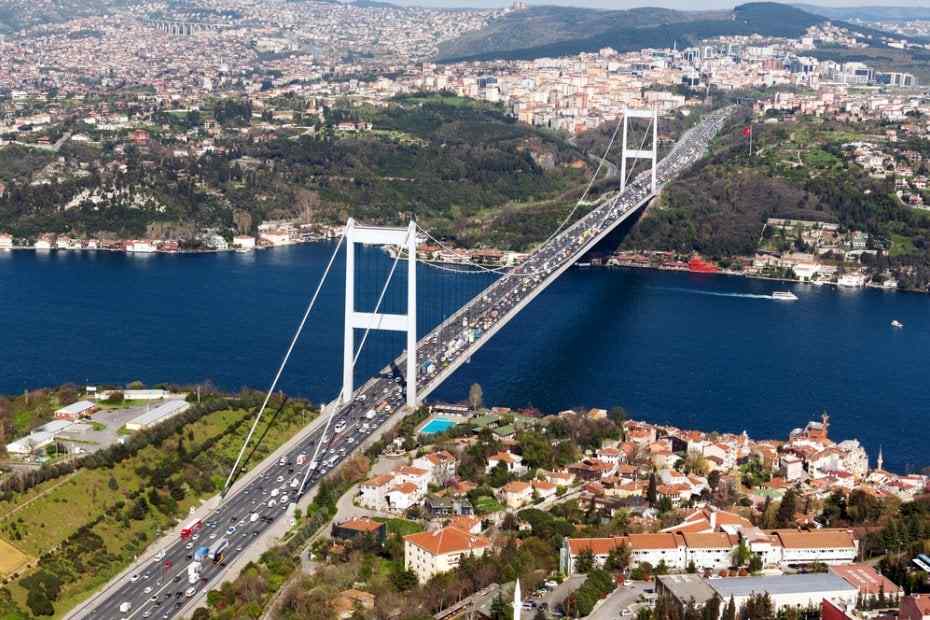 If foreign investors that invest in Turkey meets certain conditions, they will be entitled to citizenship of the Republic of Turkey. In particular, as a result of the new regulation issued 250 thousand US dollars worth of real estate purchase of citizenship given to anyone, increases curiosity about the living conditions and costs in Turkey.  So, what is the average monthly expenses and living costs of investors who are citizens of the Republic of Turkey?

In total 282 thousand hospitals most of which are reconstituted, are ready to serve the citizens in Turkey. Citizens can benefit from these hospitals in the most efficient way under health insurance.

foreign nationals, who received a Residence Permit in Turkey or whose placement time exceeded one year without interruption, can benefit from the General Health Insurance.  For this purpose, foreign nationals should make a request to the nearest social security provincial / central directorates. The spouse, children under the age of 18, mother and father whose livelihood is provided by the person, unmarried children who are determined to be inoperable regardless of age and unmarried children under 25 years of higher education can also benefit from the health insurance. People who want to take out private health insurance can benefit from health services with an average annual expenditure of 7,000 TL, depending on the insurance companies.

The title deed is explained as the fee calculated for 4% of the sale price written on the title deed for all real estates sold (housing, land, field, land, workplace, etc.). The deed costs are determined as 3% until 31.12.2019.

Subscriber connection fee is known as the share of the necessary expenses such as labor, material, project, control and approval expenditures, meter machine, meter connection materials and assembly costs required for the connection of the distribution network to the subscriber installation. The determined share corresponds to a fixed fee, which is expected to be paid only once.

The subscriber connection fee for residential or external use is determined as 514 TL + VAT for the first 200 m2 of the independent section and 424 TL + VAT for each 100 m2 in the areas larger than 200 m2.  The gas is charged in advance and costs 432 TL. And, 136 TL for water subscription and 144 TL for electricity subscription.

Rental costs vary according to regions in Turkey. The monthly rent of a mid-level apartment starts from 1,500 TL and varies according to the budget of the person.

Income from renting goods and rights is subject to tax under certain conditions. The tax periods determined for 2019 are as follows;

Payments are divided into two equal installments. The first installment is expected to be paid in March, the second installment in July. Payments are made to tax offices or designated bank branch offices. For foreign currency transactions, the purchasing rate of the Central Bank of Turkey on foreign exchange is based.

Dues: According to the preferred region, the average fee starts from 100 TL and may vary depending on the facilities of the apartment and the environment.

Gas & Car Care: In Turkey, the oil price is very high. For this reason, many drivers prefer diesel vehicles to reduce costs. Car owners spend an average of TL 4,000 annually for expenses such as insurance and car maintenance.

Vehicle Tax: In Turkey, annual tax of an average middle-class car is around 800 TL, which varies depending on the brand and year of manufacture.

Utility Bill: By reducing the use of air conditioning, the average monthly electricity cost is between 110-150 TL.

Water Bill: The monthly water expenditure of a family of four can be approximately 70 TL.

Municipal Tax: Depending on the price of the property and the owner of the title deed, the average price is known to be 200 TL.

Earthquake insurance: It is considered essential to make earthquake insurance in Turkey. Depending on the area where the property was purchased and the square meter of the property, it is between 150-250 TL. Fire, damage and theft insurances are not compulsory, it is left to the request of the person.

Telephone and Internet: Communication expenses of a family consisting of four people and all individuals with mobile phones can reach an average of 240 TL per month including taxes and approximately 2.878 TL per year. The average cost of 16 megabytes of internet usage per month is 55 TL.

Food: According to the results of the  ‘Türk-İş’ survey in January 2019, the average amount of expenditure (hunger limit) required for a balanced and healthy diet of a family of four is determined as TL 2008 per month.

Public transportation - Taxi: The average monthly public transport fee is 137 TL. If you are traveling by taxi, the amount paid for the 8 km road is estimated to be approximately 25 TL.

Social Activities: In an average restaurant in the city center, the cost of dinner for two people with cocktail is approximately 150 TL. Cinema tickets for two people are around 50 TL and theater tickets are around 80 TL.  If you do not choose a residence, which has activity opportunities, such as a gym, you need to join a saloon of your choice. Gym membership is an average of 100-190 TL per month in Istanbul.

IGIAD Humanitarian Living Wages (HDI) Assessment Commission, estimates the minimum wages that are necessary for families in different regions of Turkey to provide their livelihood, and this is are determined by a survey in December of each year. This research was carried out on a family’s; food, clothing, housing, water, electricity, gas and other fuels, furniture, household appliances and home care, health, transportation, communication, entertainment, culture, education and other expenses.

İGÜ (HDI) is known as the base wage level for the average size families. İGÜ figure includes; The Minimum Living Allowance (OSCE), SSI, tax and education costs covered by the state. Since the livelihood standards of each region are different, minimum wages also vary. The HDI that is calculated for Turkey's average, is around 2,204 TL.

Humanitarian Living Wages of 2019 determined for 12 different regions in Turkey;