Endemic Plants and Flora of Turkey 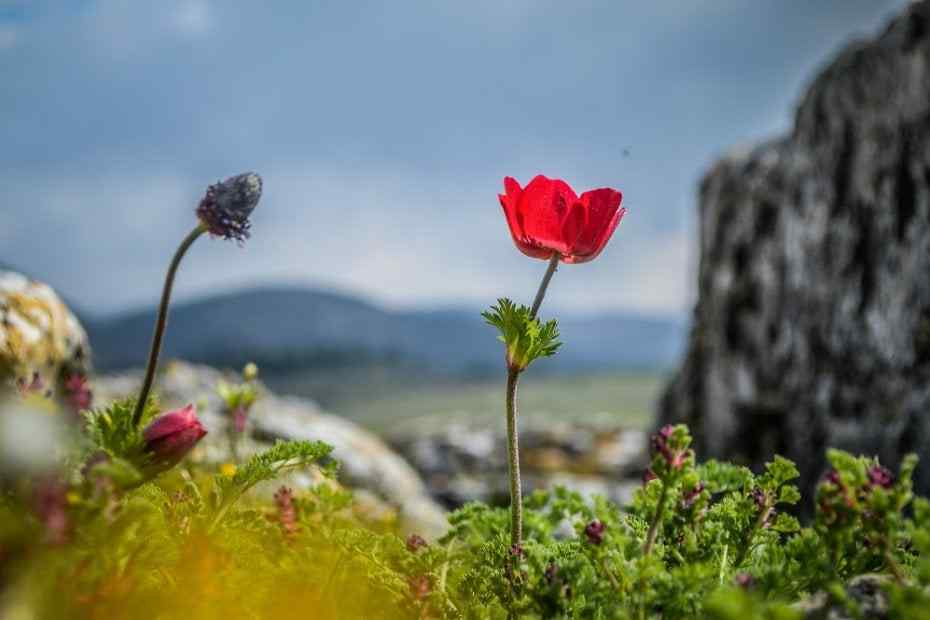 Turkey is one of the important endemic plant regions in the world. The diversity of these soils has sprouted as unique plant species. Here are some of the endemic plants of Turkey.

Sweetgum tree is most common in the country around Muğla and Fethiye. Resembling a plane tree, it can grow up to 20 meters in length.

Ispir Oak is a species that can be seen throughout Yozgat, Kastamonu, and Eastern Anatolia. This oak species can grow up to approximately 6-7 meters in length with very short petioles.

Only be seen in Kazdağı (Mount Ida), this species can grow up to 30 meters in length. The cones on the top of the Kazdağı Fir, whose leaves are flat, can reach approximately 20 cm in length. It is a species that grows in damp soils.

This species, which can be found in almost every region in Anatolia, grows mainly in Hakkari and Van regions. The reverse tulip, which has six leaves on each branch, is approximately 70 cm in length. It is generally seen at altitudes between 1,000-3,000 meters.

Discovered by Turkish botanists in 1982, Eber Sarısı is found in fragmented populations only on the slopes of Akşehir and Eber lakes in the world. It is yellow-flowered and herbaceous. It has a length of 40-80 cm. Its most important feature is that it yields three fruits from one flower.

Antalya crocus, as the name suggests, is a species that only grows in Antalya. It is found in scattered Quercus forests. It blooms from October to December and retains its flowers. It is generally seen at altitudes around 1,000 meters. It can give new shoots from the same root for years.

Lilies, which have 430 different species in the country, are most frequently seen in Manisa. This plant is usually seen at altitudes between 500 and 2,000 meters. They bloom in early May and June. Its leaves are stripy and flat. Sage, aloe vera, and lily of the valley are varieties belonging to the lily family.

It is a flower that grows in the volcanic rock cracks between Kızılcahamam and Işıkdağ in the Ankara region. There are many species of this plant. Small purple bell-shaped flowers bloom in July.