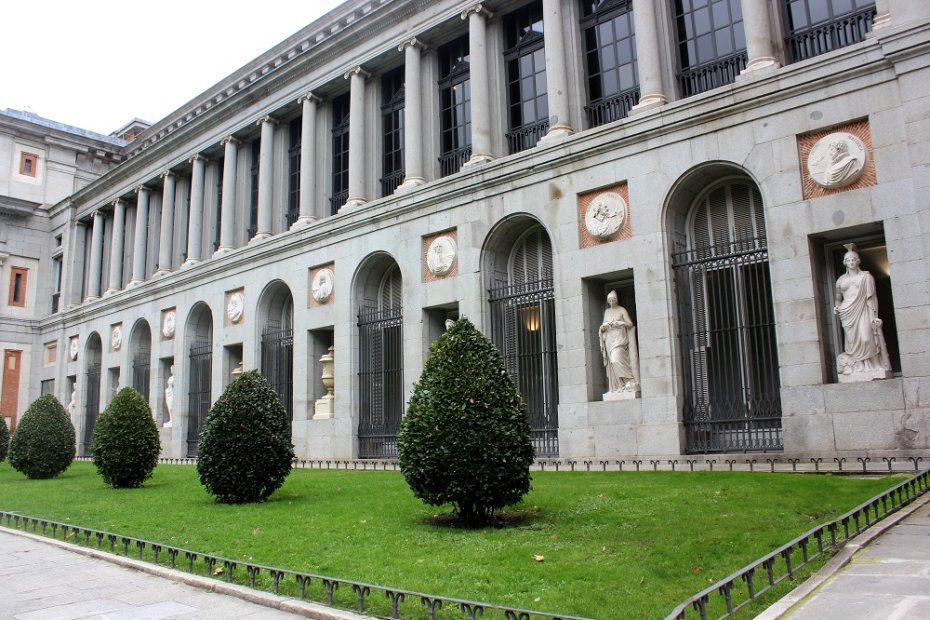 Often considered as ''a museum of masterpieces'', The Prado has become the number 1 spot for the first-time visitors of Madrid. The Prado is widely known for having one of the finest collections of European art, dating from the 12th century to the early 20th century, in the whole world. Furthermore, Prado has been termed "the most important museum in the world for European art" by Jonathan Brown.

Whether you are an art enthusiast or just curious about the museum, you will see pieces that you've seen before. Many of them originated from the collections of Spanish monarchs. The European art collection dates from the 12th through the 20th century, with the most notable works being "Las Meninas" by Diego Velazquez and "Third of May 1808" by Francisco Goya. You will also witness temporary exhibits in the museum. Recently, Mythological Passions and the bequest made by Carmen Sánchez García were exhibited there.

Museo Nacional del Prado is one of those buildings that has been built during the reign of Charles III. When the museum was nationalized, the Prado "meadow" that stood where it now stands gave its name to the area, the Salón del Prado (later Paseo del Prado), and the museum itself.

If there was one museum to visit in Madrid, this would be it. You can observe that all kinds of people come to see the collection of the museum, which comprises around 8,200 drawings, 7,600 paintings, 4,800 prints, and 1,000 sculptures. However, expect long lineups, especially in the late afternoon when entry is free for the last two hours of the day. Despite a 76 percent drop in attendance owing to the pandemic in 2020, the museum remains the world's 16th most visited.

The Prado is a treasure trove of mastery and inspiration. Even yet, it's feasible to stroll through in a couple of hours and enjoy the scenery without reading every inscription. You can also purchase museum tickets online to save money and avoid long lineups.

Apartment Investment in the Eastern Anatolian Region of Turkey

Top 10 Reasons to Move to Spain