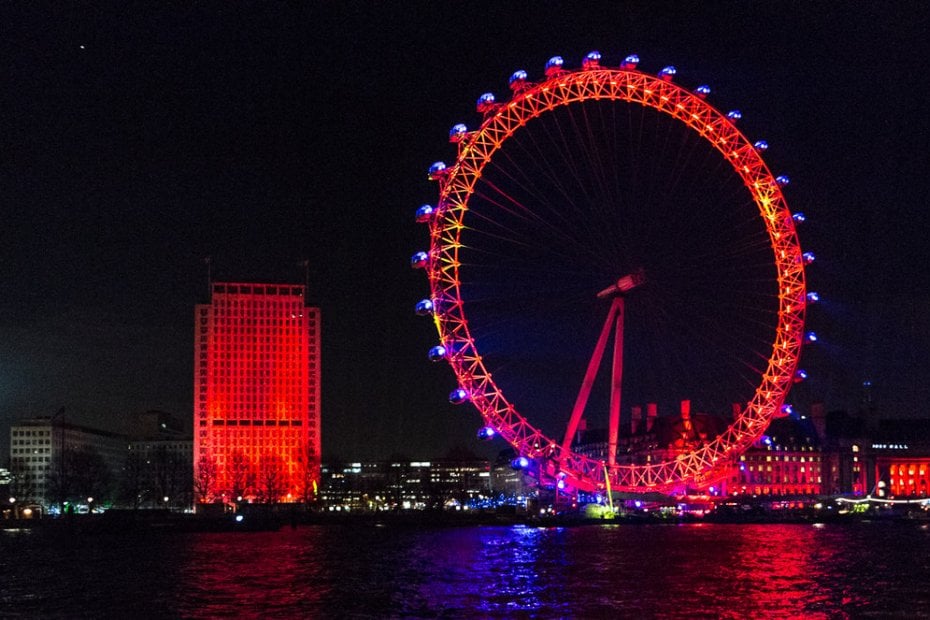 London attracts millions of tourists every year thanks to its historical, cultural, and entertaining texture. There are countless beauties to see in the city. If you want to take a look at these beauties from afar, the London Eye is the place to go.

The London Eye, where you can see almost the whole of London with its 135 meters height and 90 meters width, was built on the south bank of the River Thames as part of the millennium celebrations. London Eye, also known as the Millennium Wheel, was the world's tallest Ferris wheel when it was built. It gains a brilliant appearance as the weather gets dark.

The London Eye was designed by Julia Barfield and David Marks. Its official opening is the night of December 31, 1999. The first passenger trial at London Eye, made by the then British Prime Minister Tony Blair, took place on March 9, 2000. The London Eye, originally designed temporarily for 5 years, has been converted to a permanent one due to the great interest of people.

London Eye offers an unforgettable experience to its visitors with its 32 capsules. Each capsule weighs approximately 10 tons and represents 32 beautiful districts of London. However, don’t be surprised when you see capsule number 33. Number 13 was omitted because the British believed the number "13" to bring bad luck. If you are planning a luxury and private Ferris wheel trip, you can rent these capsules as a group or just for your lover. You can jump into one of the capsules of this Ferris wheel and enjoy the unique view of the city. One revolution of the wheel, which rotates at 26 cm per second, takes about 30 minutes. In the summer, London Eye is on the move between 10:00 and 21:00 every day. The view unfolding before your eyes at the top is breathtaking.

If you are visiting London in the summer, it would be beneficial to buy your tickets as "Fast Track" on the internet beforehand because London gets very crowded in summer with tourists.

Cost of Living in New York

A World of Opportunities