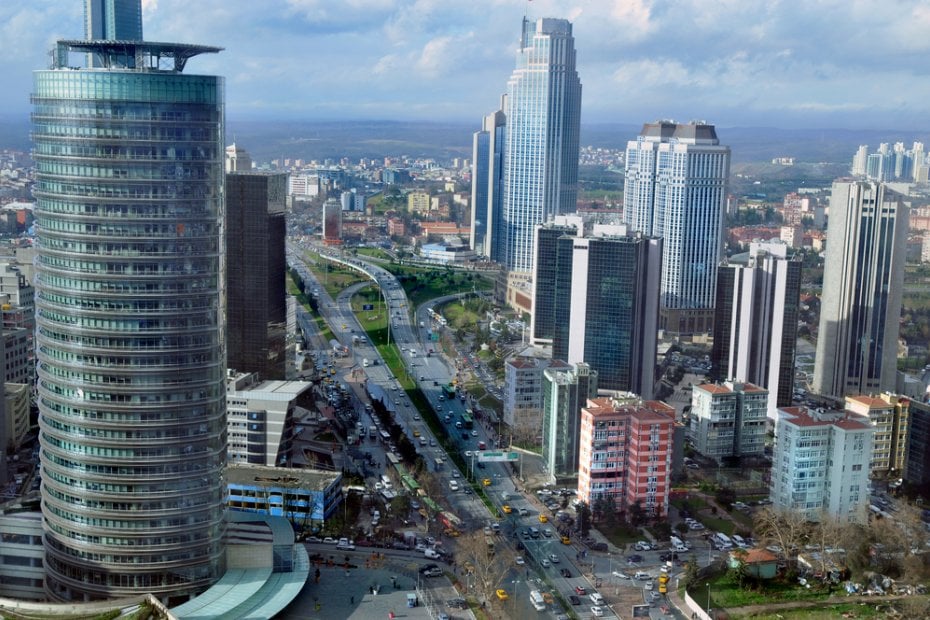 Although there are no clear boundaries, the Bomonti region is located at the intersection of Cumhuriyet and Merkez neighborhoods of Şişli district between Kağıthane, Beşiktaş and Beyoğlu districts of Istanbul. Contrary to the current situation, the region was known as an industrial zone because of the light industrial structures that existed in the beginning. As the industrial zone leaves Bomonti with the developments over time, the region becomes one of the most popular settlements of Istanbul. Here is what you need to know about Bomonti…

Bomonti is one of the first industrial zones in Istanbul. At one time Bomonti was home to the Bomonti Brewery and Nectar Factory, which it also took its name, and many light industrial enterprises. In particular, Bomonti Brewery brought the brewing industry to the country with the distinction of being the first brewery established in the Ottoman Empire and caused a kind of urban transformation in Feriköy where it was founded. Over time, other factories were opened in the light industry and the industrial process, which proceeded slowly until the 1950s, gained momentum after the 50s and the region was accepted as an industrial zone.

The construction of the Bosphorus bridge was one of the important developments that affected Istanbul and Bomonti in the 70s. This situation, which increases the urban accessibility, has also triggered the spread of slums. Piyalepaşa Boulevard, which was opened towards the end of the 70s, is another important factor that changed Bomonti and its immediate surroundings. The region, which was originally located on the city wall, became the center of the city with the growth of the city. This led to the closure of the factories one by one and the formation of idle industrial areas in the region. The region, which is located in the center of the city and has a high land value, has inevitably entered the transformation process with the developments in the following years. 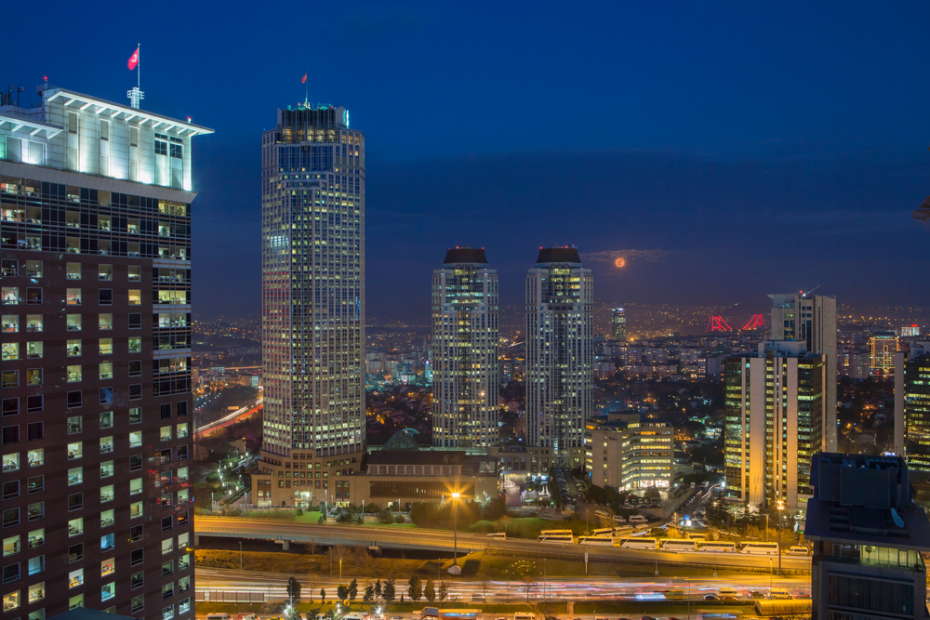 In the 2000s, the construction activities in Istanbul, which increased considerably throughout Istanbul, were moved to Bomonti, which is located in the center of the city, and the region hosted both small scale building transformations and large scale and multi-storey projects. Multi-storey, high-density residential buildings starting with Elysium and Anthill Residence gradually spread to the region and changed the face of the region. With the urban transformation process, the industrial area became a residential and office area in time.

The event that started the process of transforming Bomonti into today's spatial fiction was the declaration of the Bomonti Brewery and its close vicinity as a tourism center in 1998. Adress Istanbul Shopping Mall, Mimar Sinan Fine Arts University Bomonti Campus, Elysium Residence was built during this period. Afterwards, with the projects such as Anthill, Divan Residence, Elysium Fantastic and Hilton Bomonti, which were built or started to be built until 2010, Bomonti started to change vertically and the height and density structure of the area changed. The process of building large-scale mixed-use buildings, which began in the 2000s, eventually removed Bomonti from its identity as an industrial zone and changed the urban fabric.

Being close to Abide-i Hürriyet Street, Halaskargazi Street and Piyalepaşa Boulevard are important transportation features of the area. In terms of public transport relations, the area is close to Mecidiyeköy and Osmanbey Metro stations, which are connected to Yenikapı-Hacıosman Metro Line. Moreover, Çağlayan stop on the metrobus line, which was opened in 2009, is one of the factors that increase the accessibility value of the area.

In recent years, Bomonti has come to the forefront as a favorite entertainment place with Beyoğlu losing its popularity. Bomonti is one of the best places to go when you go out at night with the arrival of Babylon, one of the important centers of Istanbul's nightlife, with its cafes and entertainment venues opened one after another. Here are some details of some Bomonti places you won't regret visiting… 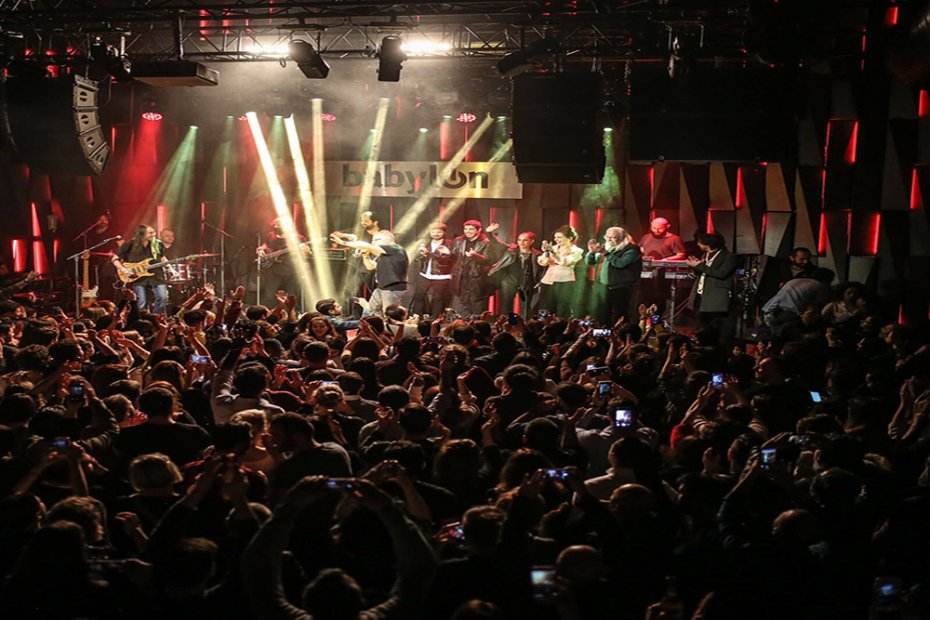 In 2015, Babylon moved from Asmalımescit to Bomonti, which gave direction to Istanbul's music and entertainment life, and revived Bomonti's social life. The venue hosts music, performance, exhibitions and food and beverage organizations at the historic Bomonti Brewery, and welcomes its visitors in a multi-purpose live performance center with a strong technological infrastructure and capacity of 500 people. As a concert venue, it brings together the best local and foreign representatives of all kinds of music with Istanbul residents with its lighting, ventilation and acoustic system.

Located in the Hilton Bomonti hotel, the venue is one of the top places for sushi in Istanbul and serves on the terrace floor in summer. Also, it has a live music once a week with the fascinating view. 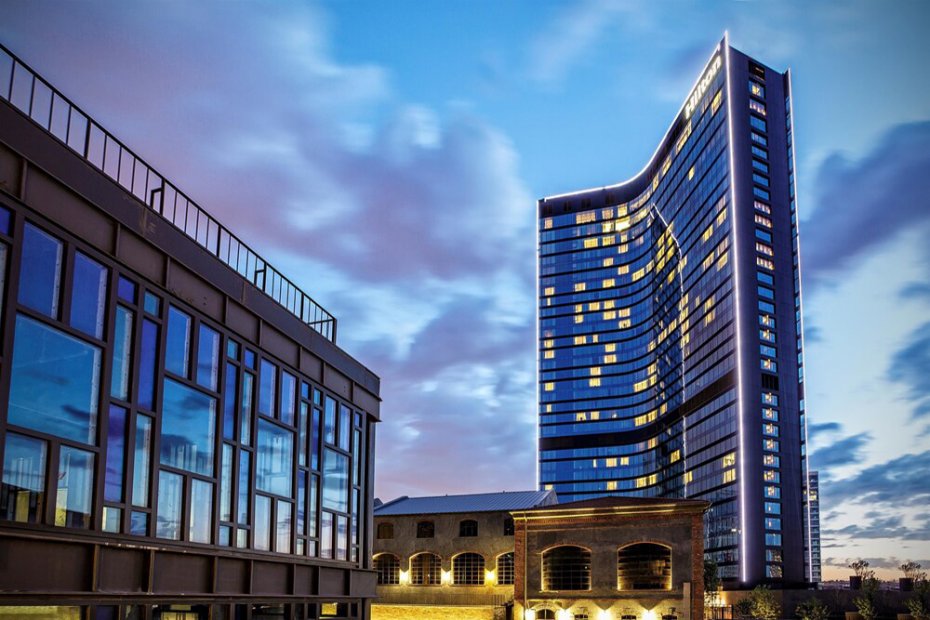 Another place in Bomonti Hilton is The Globe, standing out with its service quality and decoration. Turkish and Ottoman cuisine is mainly defined in the menu, especially Lamb shank as the signature of the chef.

The Populist, one of Yapı Kredi Bomontiada's beloved venues, which has been created as a result of the renovation of the historical brewery, attracts attention with its DJ performances, whose audience is increasing day by day and is often mentioned.

Bâtard, one of Bomonti's most admired venues in recent times, exhibits examples of French cuisine. It is famous for its ‘industrial rice’ with mussels, beef ribs with Bourguignon sauce and profiteroles with croquettes.