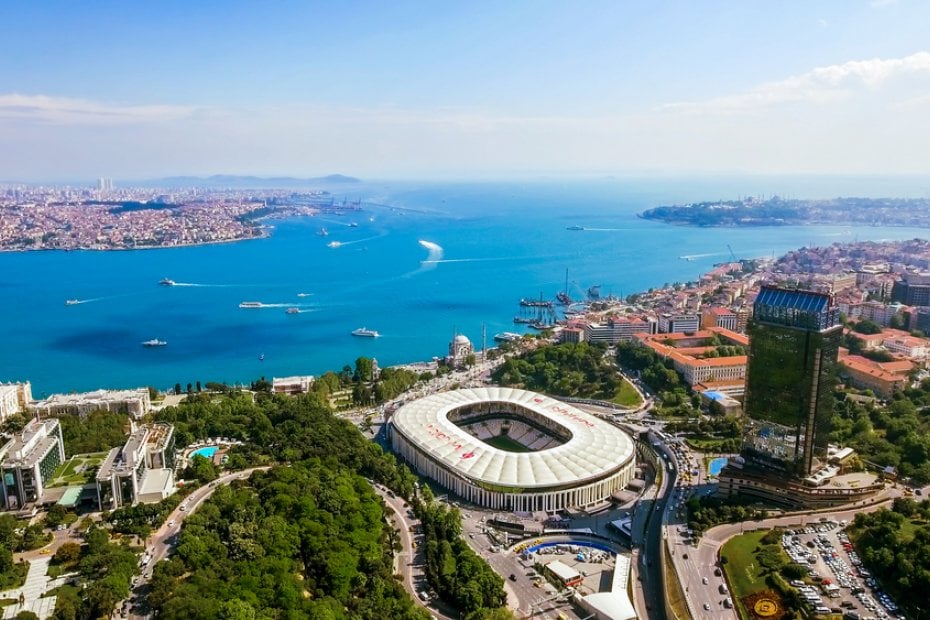 Besiktas is located on the Bosphorus coastline on the European continent of Istanbul. The original name of Besiktas, which is used today, is thought to have come from “Bestas” which means ''five stone''. The famous Ottoman Admiral Barbaros Hayreddin Pasha reportedly tied his ships to five stone pillars on the shore. This name is said to take the shape of Besiktas over time. Here is what you need to know about Besiktas, the first settlement on the shores of the Bosphorus during the Ottoman period.

Besiktas, which was settled after the conquest of Istanbul, is known as the haunt of the captains of the period. Especially captains like Barbaros Hayreddin Pasha and Kılıç Ali Pasha are still remembered today. It is accepted that buildings such as mosques, madrasas, baths and schools built in Besiktas changed the face of the neighborhood after the 17th century. While the population of the region is increasing, filling of the area known as Dolmabahce Bay coincides with this period. Summer palaces for the sultans were built in this area on the coast of Beşiktaş and then summer palaces were built by the members of the dynasty. In the 18th century known as the Tulip Era, Cıragan festivals were held, especially the palace on the beach in Beşiktaş. It is known that the flamboyant feasts and entertainments where the upper layer of Istanbul meet an important role in the life style of the period. 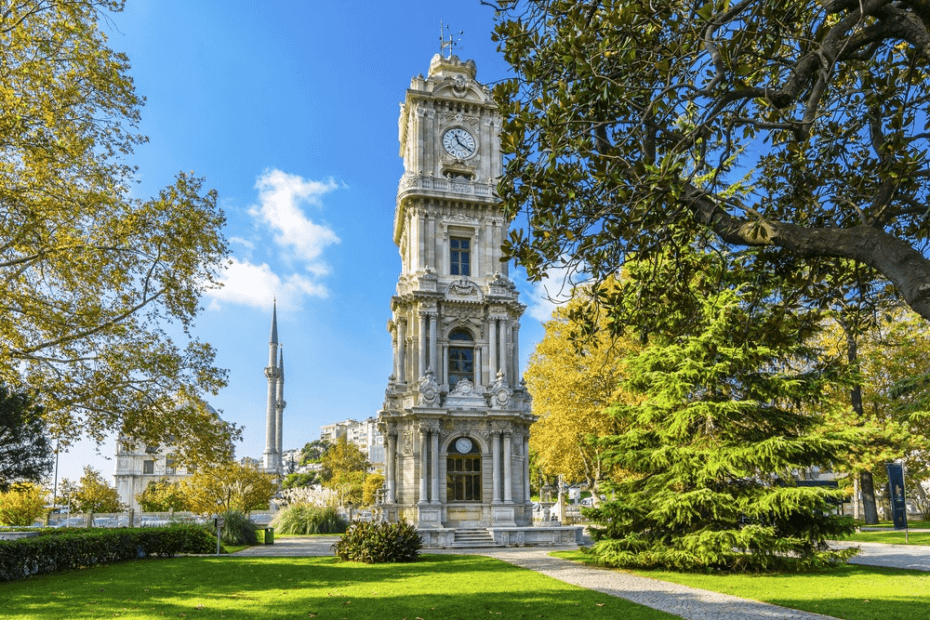 New is against to the traditional one

Besiktas has looked away the Ottoman Empire into the West since 19 century and became the center where modernization movements were planned and managed. During the reign of Selim III, the modern Nizam-ı Cedid (new order) army, which was established instead of the Janissary army, was the barracks on the Levend farm. Another reformer, sultan Mahmud II, started to spend the winter months in Besiktas and Ciragan palaces and in the Summer Palace. Thus, Besiktas emerged as the new management center. Topkapi Palace was completely abandoned in the 19th century, and the sultan and other dynasty members and state officials began to settle in Besiktas. With the declaration of the Tanzimat in 1839, serious changes were seen in the architectural field in Besiktas. The most important examples of this are Dolmabahce Palace, Cıragan Palace, Feriye palaces, Yıldız Palace, Ihlamur Pavillion, Ortaköy Mosque, Mecidiye Mosque, Yıldız Mosque.

With the end of the Ottoman Empire and the establishment of the Republic, the Ottoman dynasty left the country. Thus, along the coast of Besiktas coastal palaces and mansions were evacuated. Some were given to public institutions, some serve as warehouses or schools. Mustafa Kemal Atatürk, the founder of the new Republic, has lived in Dolmabahçe Palace since 1927 as President. He met with many foreign statesmen, such as Edward VII of England. Atatürk, who was in Dolmabahçe during his illness, passed away on November 10, 1938.

Today, Besiktas is home to a significant portion of Istanbul's financial and business centers. It is calculated that the population of the district, which is 200 thousand at night, exceeds 2 million during the day. Besiktas is becoming a central business area with its location in Istanbul in the 1950s. Levent, a neighborhood of garden houses, is growing with new areas added (Second, Third, Fourth). Besiktas is followed by Etiler and Akatlar neighborhoods, which start with cooperative houses and rapidly become apartment buildings. During this period, wooden buildings were replaced by apartments. The construction of the Bosphorus bridge, one foot in Ortakoy in the 1970s, affects Besiktas in many ways. The interior of Ortakoy, Balmumcu, Fulya-Gayrettepe, Kultur neighborhoods and the hills behind the Ortakoy-Rumelihisarı coastline are rapidly opening to settlement. 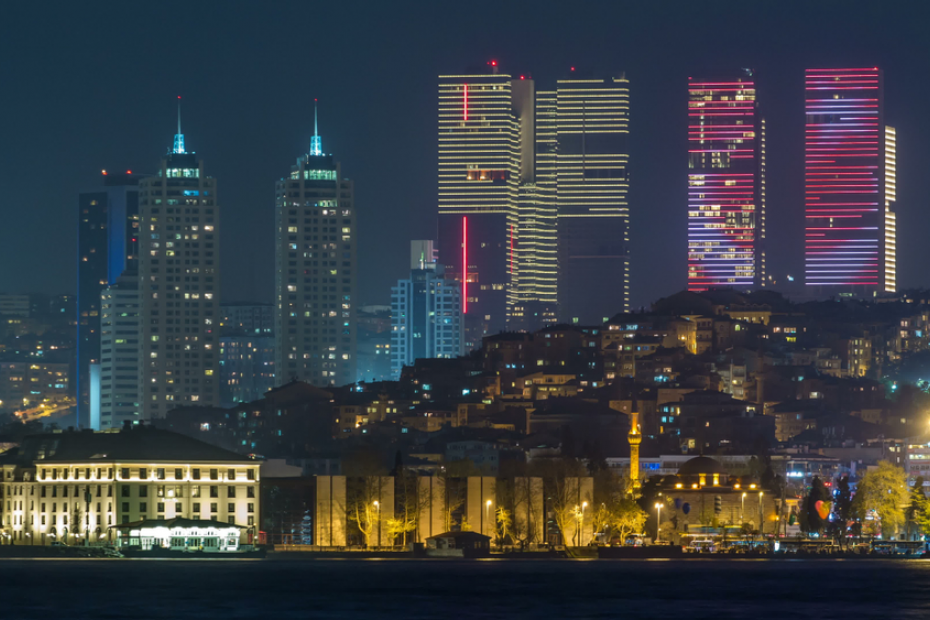 Besiktas district is hosted one of Turkey's largest sports club. Besiktas football team home matches, since 1947 İnonu Stadium has been playing. Koyici Square, which has served as a market for centuries, is considered to be one of the places where Besiktas fans gather before and after the match. In the square, there is the ‘’Eagle’’ Monument, which was built in memory of Besiktas Football Team's 2003 Super League championship on the 100th anniversary of the club. Besiktas’s, called ''Carsı'' supporters, supporting the team is one of the supporter groups, but is considered the most famous. The ''Carsı'' group is not only related to football and its own team, but also known for its approach to current issues. 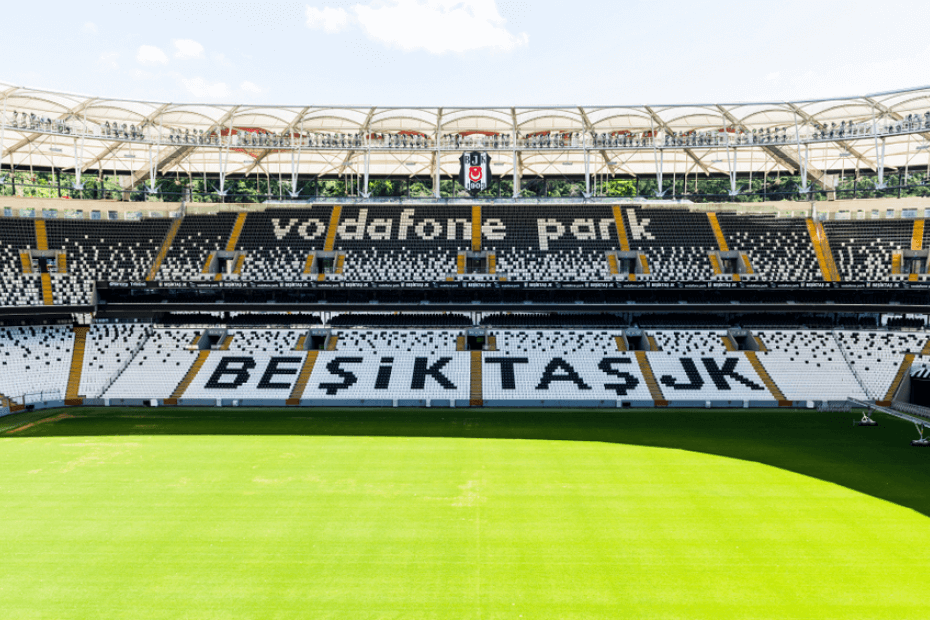 Where to go to Besiktas?

Besiktas is considered to be one of the most colorful districts of Istanbul. Besiktas Bazaar and Besiktas Square are called the heart of the neighborhood. Ortakoy, which is located in Besiktas, is known as the most valuable region of the Bosphorus with its Arnavutkoy, Kurucesme and Bebek districts. Located in the center of the city, the public transportation (sea, bus, subway, shared taxi, etc.) provides easy access. Cevahir AVM is located in Besiktas and is easily accessible by public transport. It is among the most visited shopping malls of the district. Akmerkez, Kanyon, Profilo, Metro City are other popular shopping malls and they are very popular for eating and enjoying. Besiktas, which is one of the districts with the highest quality of life in Istanbul, is considered as the center of attraction in terms of cultural infrastructure. In the Zorlu Center Performance Arts Center (PAC), which has an indoor area of ​​50,000 square meters, there are musical, dance, opera, pop, jazz and classical music concerts and events so on. 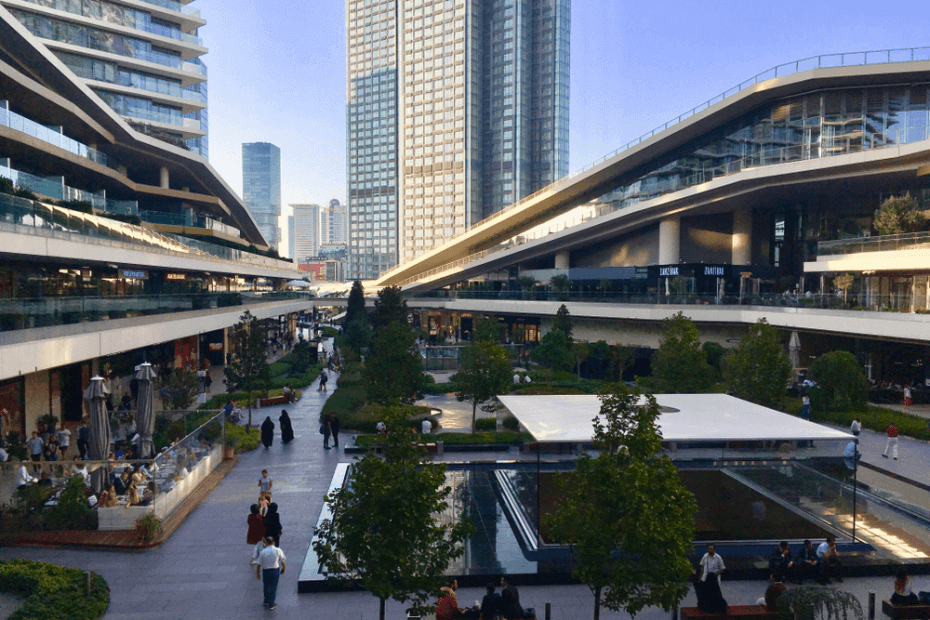