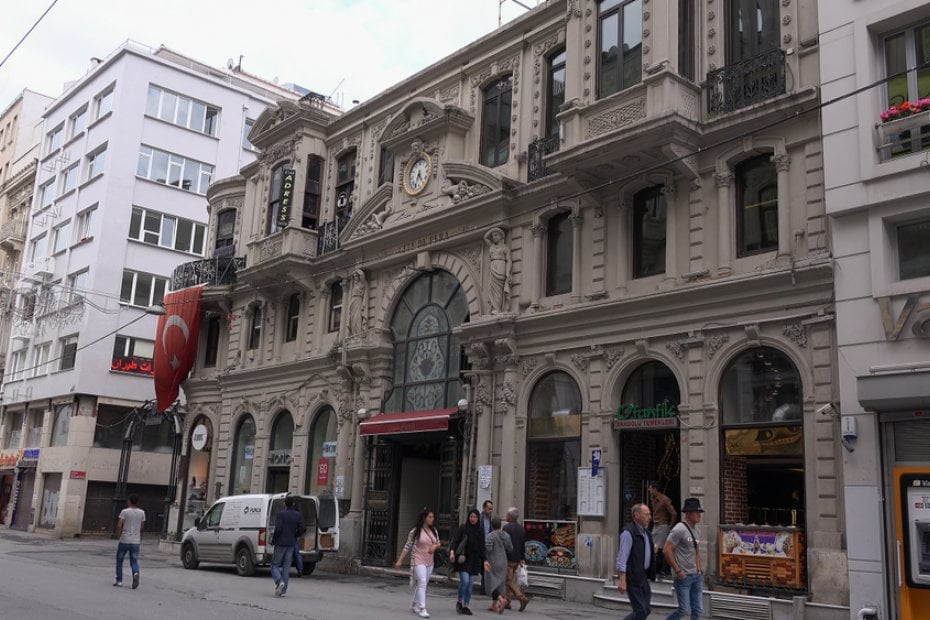 Foundation and history of Şişli

Today's popular settlement, Sisli, is known to be a region that hasn’t been opened to settlement in the mid-19th century. In the 1850s, the area where today's Sisli is spread has a wide range of fields. It is claimed that Tatavla (Kurtuluş), the oldest quarter of the district, was founded in the 16th century. There are various buildings in Şişli since the beginning of the 19th century. However, the real settlement starts with the displacement of homeless Levantines and non-Muslims to the masonry buildings built around Harbiye in the Beyoğlu fire in 1870.

Beginning of the First Settlements in Sisli: Osmanbey and Mecidiyeköy 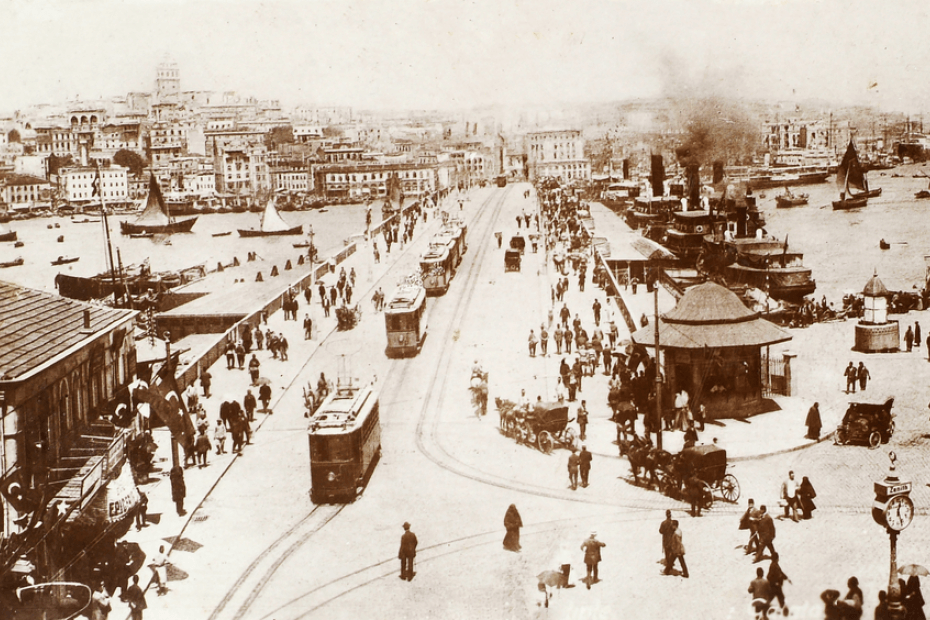 Matbaacı Osman Bey buys a land between Harbiye and Şişli and builds a mansion on this land. The name of today's Osmanbey district comes from this mansion. During the reign of Abdülmecid (1839-1861), many immigrants from their homeland in the border regions of the empire took refuge in Istanbul. Some of them are located in the area of ​​barley fields and mulberry just northeast of Şişli. This rural settlement is called Mecidiyeköy with the name of the sultan. As the city gradually expands to Harbiye and Pangaltı, more military and administrative structures are being built. The non-Muslim settlement starts with the foreigners acquiring property in the places they want with the Tanzimat. Thus, the district, north and northeast of the city, Nisantasi, is spreading towards Teşvikiye.

Sisli as the Center of Western Life 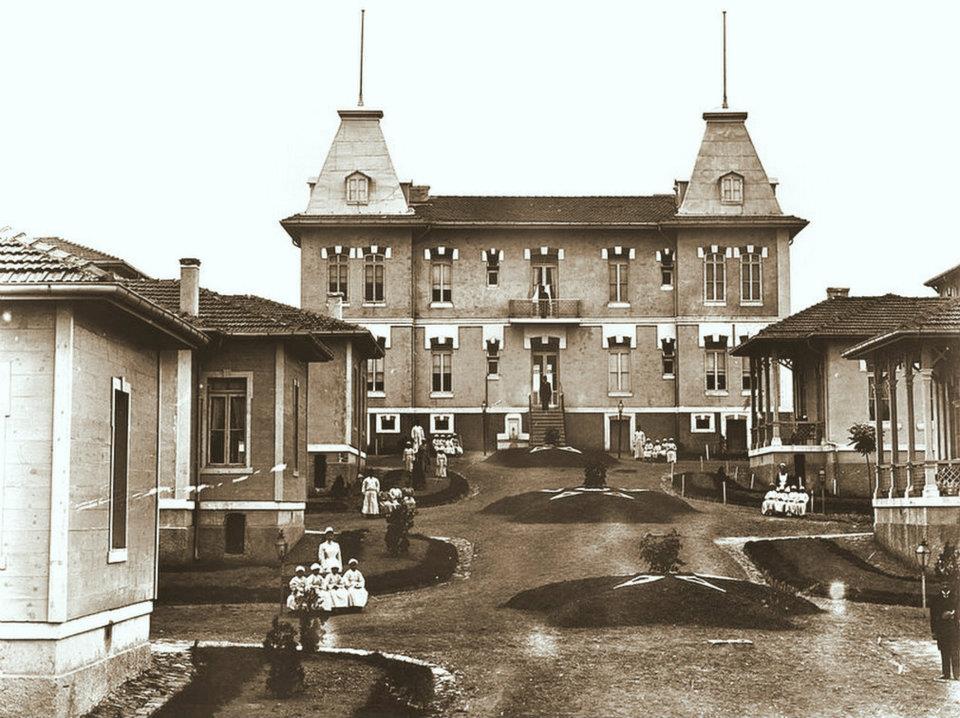 In the last years of the 19th century, the neighborhood is full of Ottoman elites who have adopted or cared for a western-style lifestyle alongside foreigners and overcast minorities. According to the conditions of that time, it turned into a place preferred by the elite by utilizing contemporary facilities. Darülaceze towards Okmeydanı in 1895, in 1898, for his daughter Hafize Sultan who died of diphtheria II. health institutions such as Etfal Hospital built by Abdülhamit are being built. The rapid development of the neighborhood started in 1913 when the electric tramway reached here and Şişli became the last stop. Along with Halaskargazi Street, the houses and mansions became more frequent and the first apartment buildings appeared in the 1910-1920 period.

Sisli in the Post-Republic Period 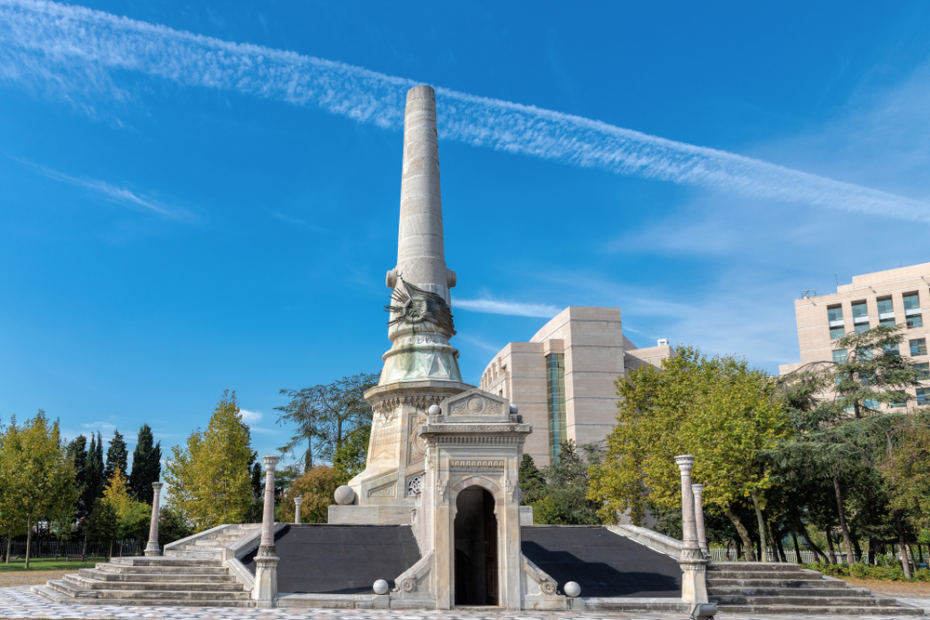 After the establishment of the Republic, Şişli is considered one of the most popular districts of the city in the 1930s. On either side of the main streets of the district, the most luxurious apartments of its era are being built, many of which have survived to the present day. The most famous of which are located on the west side of Abide-i Hürriyet Caddesi is Hanımefendi Street, Perihan Street, Sıracevizler Street is developing with great speed in the streets. Geometric textured roads, afforested boulevards Harbiye, Osmanbey, Nisantasi and Macka districts are organized. Hilton Hotel is considered the most important building rising in Sisli in the 1950s. After the 1980s, formerly used as residences, the apartments are gradually turning into work places. Since the late 1990s, a large number of shopping malls, especially Büyükdere Street, have been opened for service. 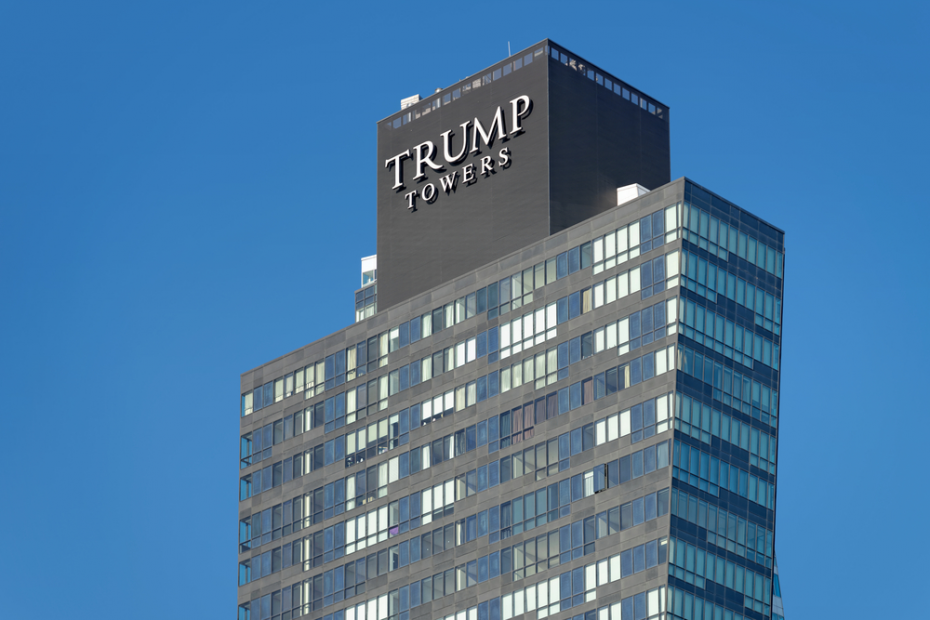 Trump Towers, the residence, office and shopping project of Trump International, one of the world's leading real estate development and operation companies, is rising in the form of two towers in Sisli. There is a special children's floor named in ''Minimall'' in Trump Towers Mall which is 9 thousand square meters. There are special events for children. In the shopping center, there are 141 domestic, foreign brands, sports halls, Trump Towers Theater where Disney Live will be screened and Cinemaximum Cinemas.

Astoria Shopping Center is located in Sisli Esentepe, five minutes from Gayrettepe metro station. Throughout the year, exhibitions, activities and concerts host an average of 7,5 million visitors. The 27-storey twin towers provide Sisli's qualified office needs. On the ground floor there are souvenirs, accessories, telecommunications, textiles and cafes with large terraces. Located in one of the busiest spots of the city, the shopping center serves the visitors with a parking lot of 1000 cars. 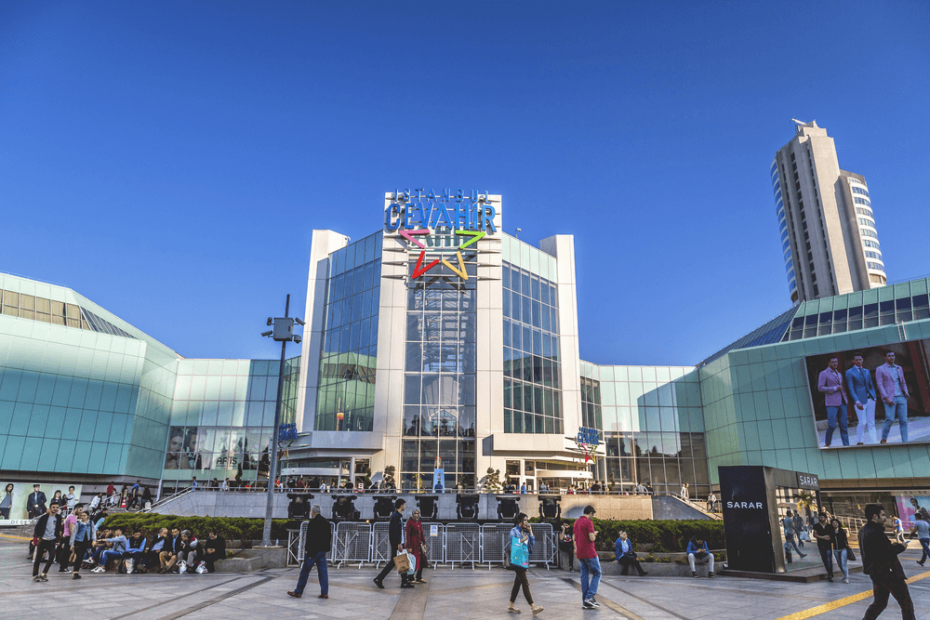 It is considered one of the most known and busiest shopping malls in Istanbul. Cevahir Shopping Mall, which houses many stores, operates with a 98 percent occupancy rate. So much so that it can not find a place in Cevahir, which hosts many brand stores. The shopping center, which spans 10 floors, hosts more than 20 million people annually with a total of 230 stores and a car park with a capacity of 2500 vehicles. There are two stages of the State Theaters and various plays are on display throughout the season. 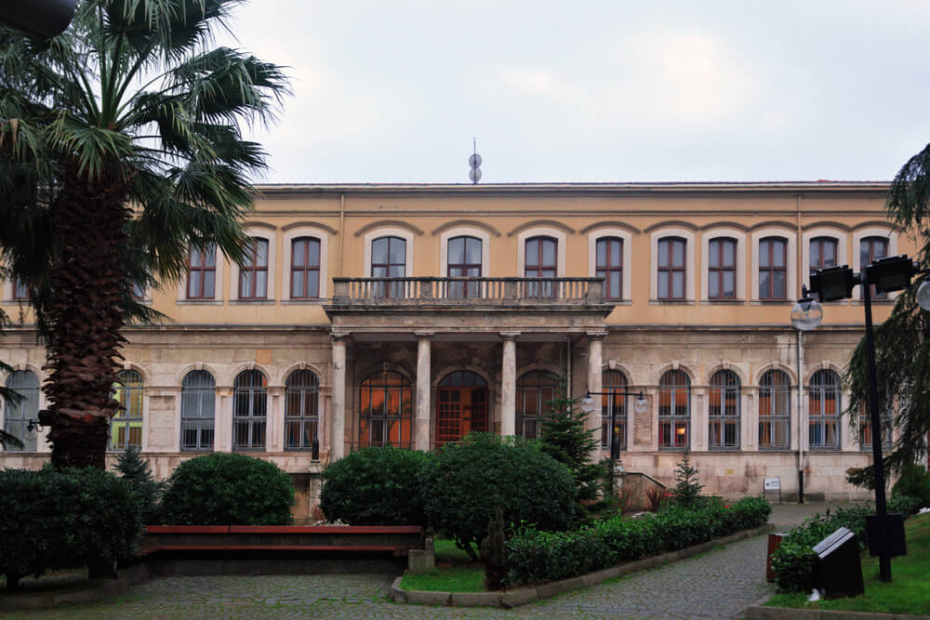 Located in the Harbiye district of Istanbul, this structure was established to train officers for the Ottoman Empire. It is known that Mustafa Kemal Atatürk, the founder of the Republic, graduated from here. The military museum is one of the world's leading military museums with its rich collection. There is a rich collection of weapons and armor in the museum, especially the swords used by Sultan Süleyman the Magnificent and Yavuz Sultan Selim. The Military Museum has particular importance for the chronological presentation of the military technological development of an empire that spans three continents. 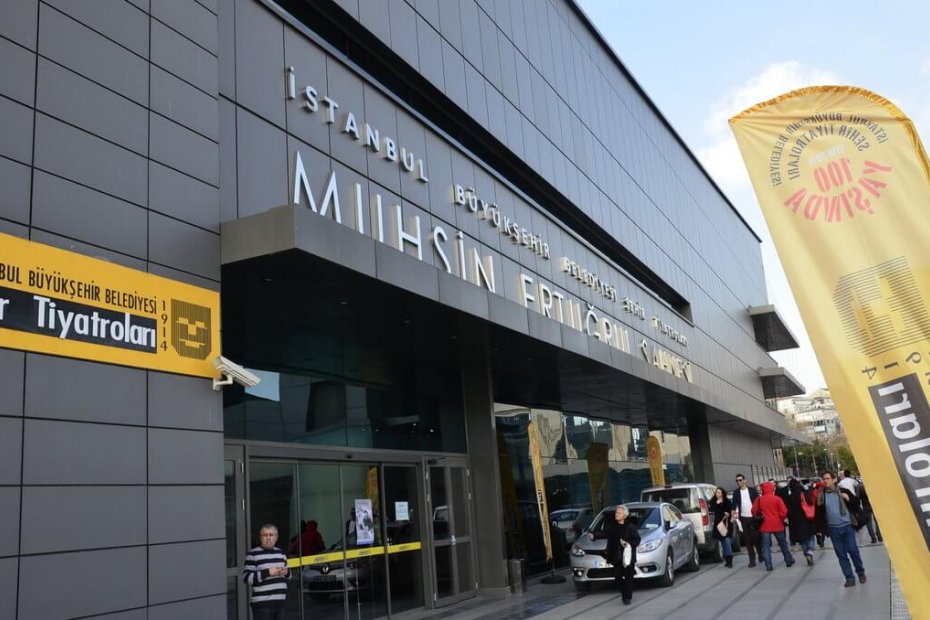 Muhsin Ertuğrul Stage with a capacity of 588 people connected to the City Theaters is considered one of the best stages of Istanbul. Harbiye Muhsin Ertuğrul Stage, which is a classical Italian frame stage, plays especially musical genres during the season. 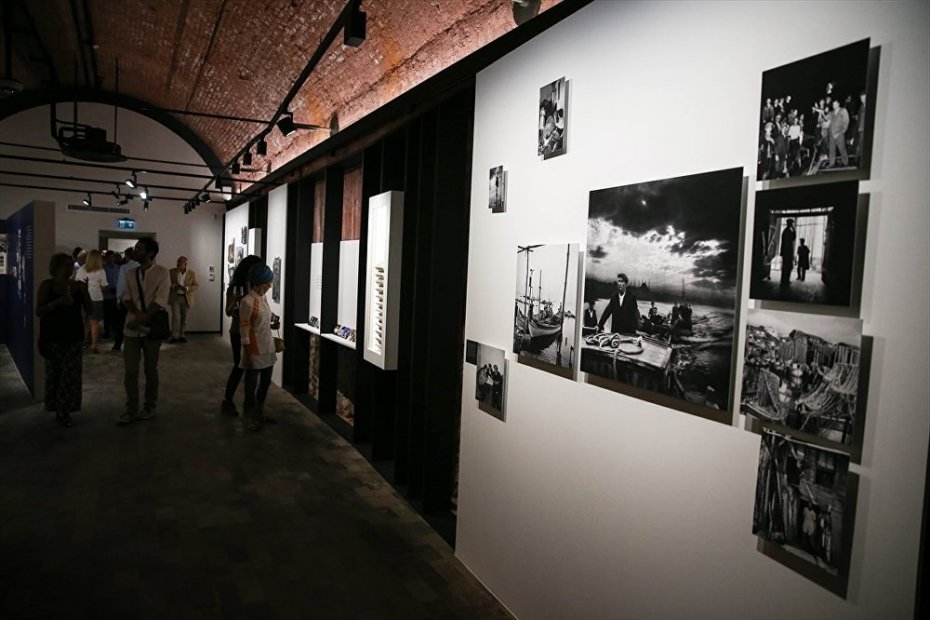 The museum, which meets art lovers in Istanbul Bomontiada, opens the 70-year archive of Ara Güler, journalist, photojournalist, writer who passed away in 2018. It also has the distinction of being the first international in nature photography museum in Turkey. Ara Guler's rich archives, the historic city of Istanbul and Turkey from geography, is considered important because it shows individual and collective memory.