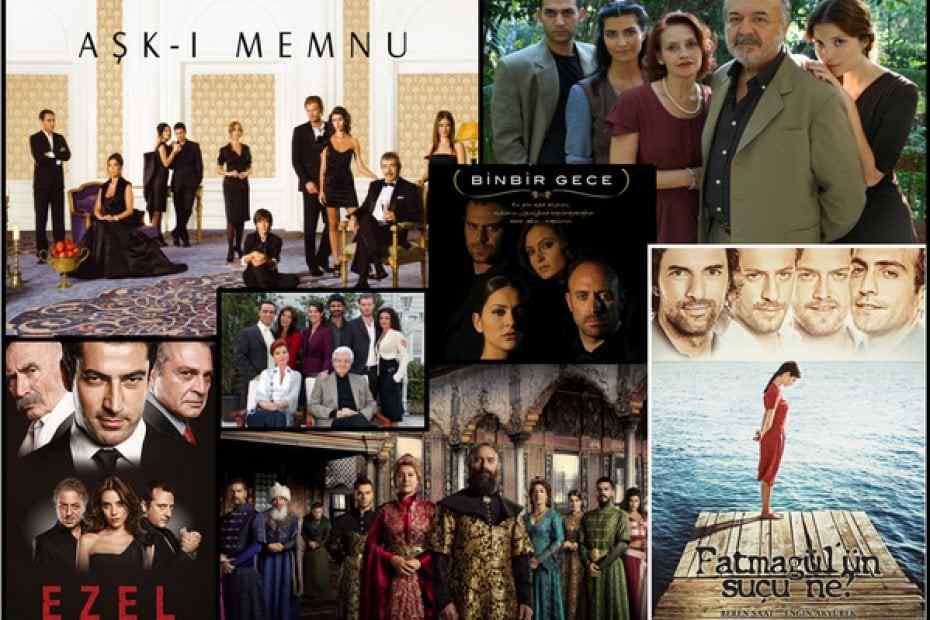 Turkish series, which attracts most of the world's attention, gives life to their places. The television series is watched with enthusiasm and eagerly watched on television, with every corner of it being shot in some of the most beautiful and historical places in the country. Here are some of the Turkish serials and their settings…

Çukur, which was released by Ay production and attracted a great deal of audience in a short time, has won the interest of the public. Çukur has gained its fame with Balat, which is one of the oldest district in İstanbul and has small, intimate cafes, colorful houses and mobile food carts that resemble old Istanbul. This place is identified with the series so that it is possible to find cafes carrying the name of the series characters and cafes where the series music is played. The famous Turkish street food Pilaf Carts that stuck the photos of the actors in the food carts are in great demand. Stating that sales increased by 50%, the artisans seem pleased with the promotion of their districts. It is possible to see the tattoos of the leading actors throughout the neighborhood. The fans of the show line up to take pictures. 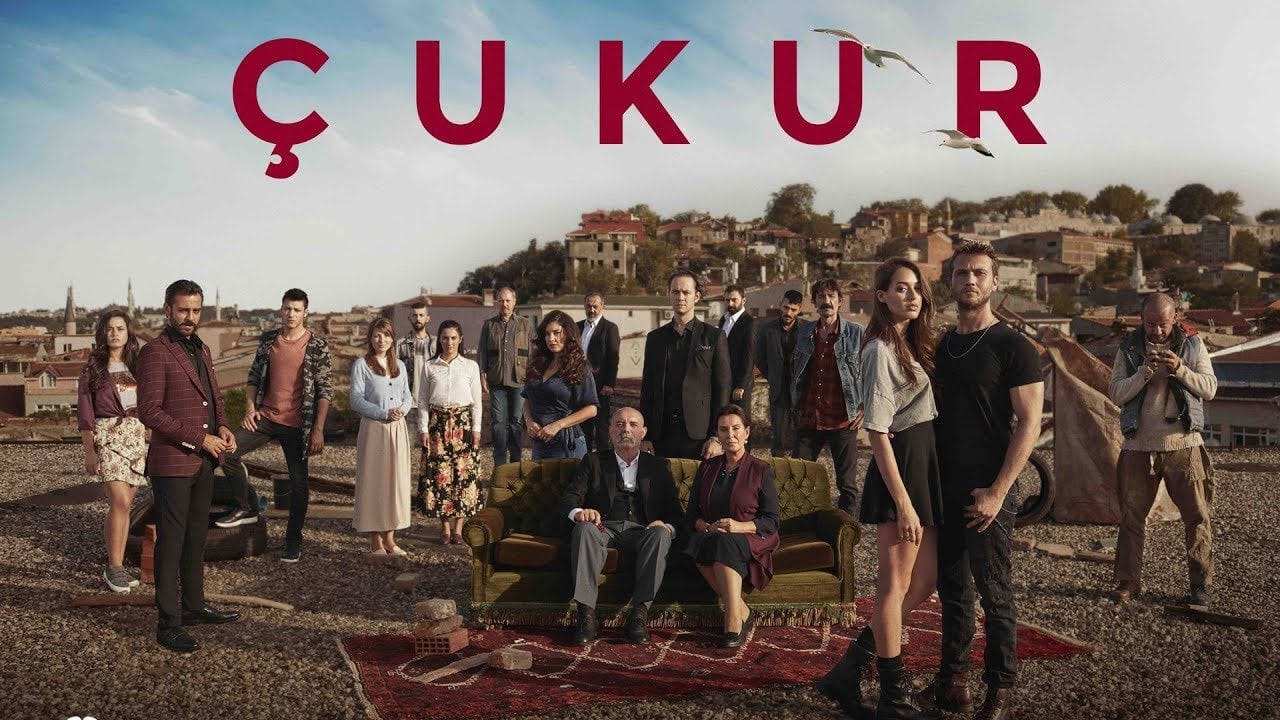 Right below the colorful streets is the Iron Church. The church, which fascinates everyone, contains the figures of Virgin Mary and Jesus. You can sell your belongings or buy new things at the antique shops in Balat, which makes even Istanbulites feel like tourists. It is possible to find souvenirs and cute shops in the streets. Most cafes here have “suspended tea’’. The practice, which emphasizes the importance of sharing and solidarity in Turkish culture and which is adapted as suspended bread in the bakeries, attracts great attention. People who have the possibility of suspending, by overpaying in cafes or bakeries to meet the needs of those in need, provide social assistance.

Sarıyer, one of the oldest settlements on the Bosphorus, was called ’Simas’ in ancient times. According to legend, the yellow quarries in which the gold and copper mines were extracted in the Maden Quarter were named here. ‘Sarıyar’ then evolves into “Sarıyer’. The neighborhood was known for its very few settlements with a few villages with churches and ports on the coastal areas during the Byzantine period. After the conquest of Istanbul, the district, which lived in fishing in ancient times, is said to have started to develop with the settlements of migrants coming from Anatolia and with the islands, ports, mosques, baths, fountains and beaches. 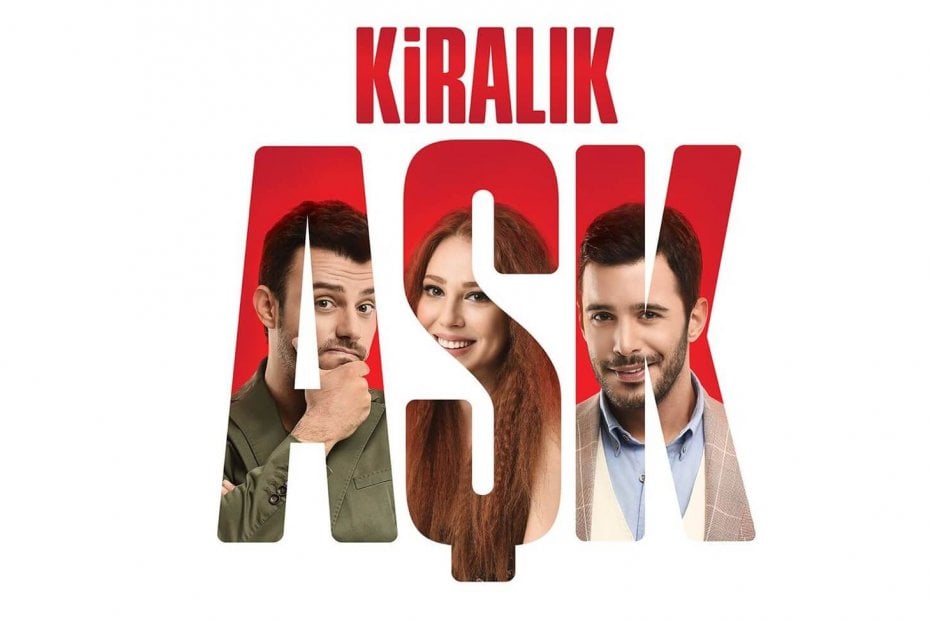 One of the first metropolises that come to mind when Istanbul is mentioned, Levent is known as a design city. The district, which has a unique history, is famous for its modern infrastructure in Istanbul and the celebrities living there. Türkan Şoray, who is remembered for her dizzying beauty with Cüneyt Arkın, the pup of the Yeşilçam movies, is one of the celebrities living in Levent. It is known that Zeki Müren, the unforgettable name of Turkish classical music, preferred the same neighborhood to live before his death.

Çarşı Street, which has an entrance from Büyükdere Street to Levent, takes this name because of its bazaar with two storey shops. There are places to eat and drink around the street where the statue of “Hand in Hand for the Future” is located. All the streets of Levent are ideal for walking and getting lost on tree-lined roads.

The series, which had been subjected to various criticisms regarding to the Ottoman period, was watched with interest all over the world. It is known that the series, which was produced by Tims Production, took place in some parts of the Topkapı Palace and a set made by the set team was also used.  The series was taken with months of work and 3.5 million TL preparation budget, in the palace of 2100 square meters. It is known that the courtyard of the Topkapı Palace, Altınyol, Harem, Arz room, Hünkar table, kitchen and ship simulations are used in the decor and the series is based on artistic and cultural visuals of the Ottoman Period. Sculptor and painter group of thirty people were employed to resemble the marble texture of the doors and columns. 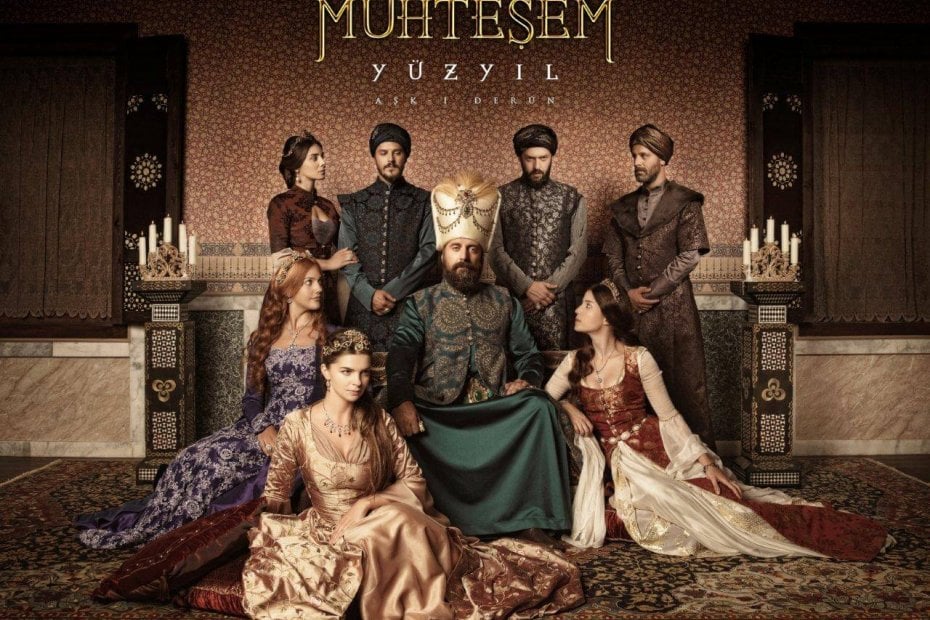 The Topkapı Palace Museum is a magnificent witness to Turkish history in Istanbul's Sarayburnu. The palace, which was home to the Ottoman sultans for long periods, now serves as a museum. Topkapi Palace, built by Fatih sultan Mehmet after the conquest of Istanbul, is located on an area of 700,000 square meters on the Eastern Roman Acropolis at the very end of the Istanbul peninsula. The building, which was converted into a museum with the proclamation of the Republic, is now located on an area of 300,000 square meters. The museum, which was previously used only to protect the artifacts with the perception of the 19th century, has been raised to the norms of international museology after the shooting of the Magnificent Century series.

The revised version of the Topkapı Museum describes how the Ottomans used their weapons and determined the order of war with miniatures. In the museum where visitors feel themselves intertwined with history, the distance between history and visitors has been eliminated.

In the years it was released, the series, which had set the record records, was shot in Unkapanı Zeyrek Region. It is known that nine houses were restored for the series, and fifty-one houses were painted and contributed to the series. The series received all kinds of support by Fatih Municipality and showed great impact on the recognition of the region. Municipality, in order to contribute to the series, renewed the pavements in Salihpaşa Street and some of the streets to create the conditions of those days. It is known that D Production and A. Cengiz Deveci are the producers of the series and it is known that it is named after the famous artist Erkin Koray's unforgettable work ‘Öyle Bir Geçer Zaman Ki (Time Goes By)’. The series, which lasted for about three seasons, is one of the popular series during the period it was broadcasted. 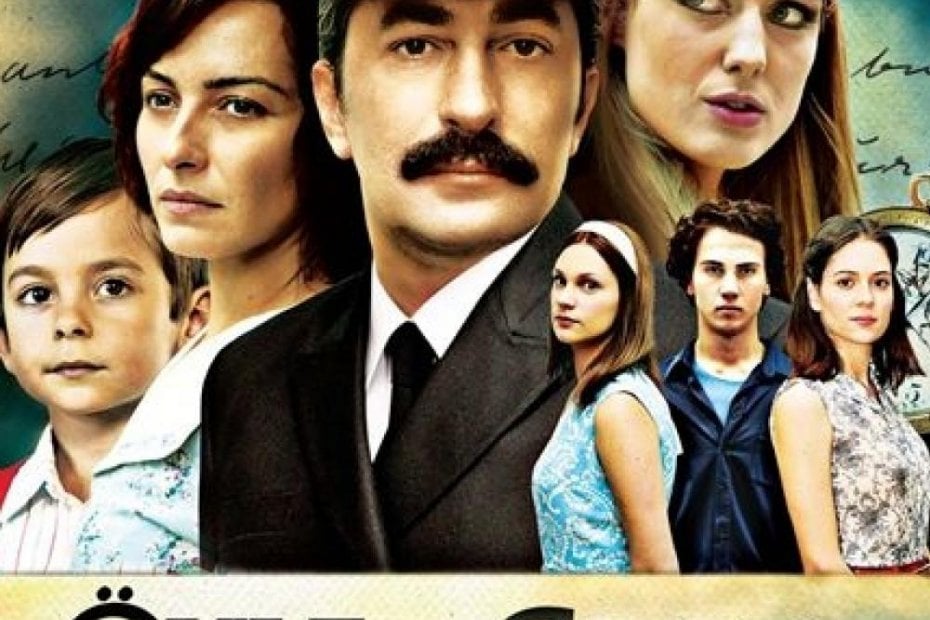 Located between Eminönü and Fatih districts, Unkapanı was known as ’Plateia Plain’ during the Byzantine Period. Unkapanı, which takes its current name from a word used in the Ottoman period, is one of the oldest and most popular districts of Istanbul. In the past, because of the use of large scales known as ‘Kabban’ in Arabic, the sales places were called 'Kapan'. In the 19th century, due to the presence of the inns where flour and cereals were stored and the ships loaded with wheat and barley to the shore of Unkapanı frequently, ’Unkapanı’ became known as along with the names ’Yağkapanı’ and ’Balkapanı’. Unkapanı attracts great interest in history. Atatürk bridge, Recorders’ Bazaar and Drapers’ Bazaar (İMÇ) are the most visited places in the region. Saliha Sultan Fountain and Üç Mihraplı Mosque also attract great attention.

Atatürk Bridge: The historical Atatürk Bridge connecting Beyoğlu to Unkapanı was known as the Jewish Bridge in 1836 with its old wooden appearance. The bridge, which was rebuilt by Mahmud II. in 1836, is 400 meters in length and 10 meters in width. It was built as a drawbridge to organize ship crossings.

Recorders’ Bazaar: Unkapanı Recorders’ Bazaar, which smells of nostalgia with its occasional artists, teahouses, bagel sellers, people calling from each other in the courtyard, reflects old Istanbul. The shops, where all kinds of instruments can be found, are filled with music enthusiasts.

Drapers’ Bazaar: The bazaar, consisting of 1,117 shops, which is stated to be one of the striking masterpieces of Turkish modern architecture, is like a compact form of the mega city structure by creating a bridge between the old city and the new city center. It is known that architects were inspired by the Grand Bazaar when designing the building. Drapers’ Bazaar, where fascinating sculptures and ornaments with the unique touch of many artists is seen, is a center where shopping and art come together.

What Are the Costs for Property Investment in the UAE?
6 Reasons to Move to the UK
Which Are The Best Universities In Turkey?