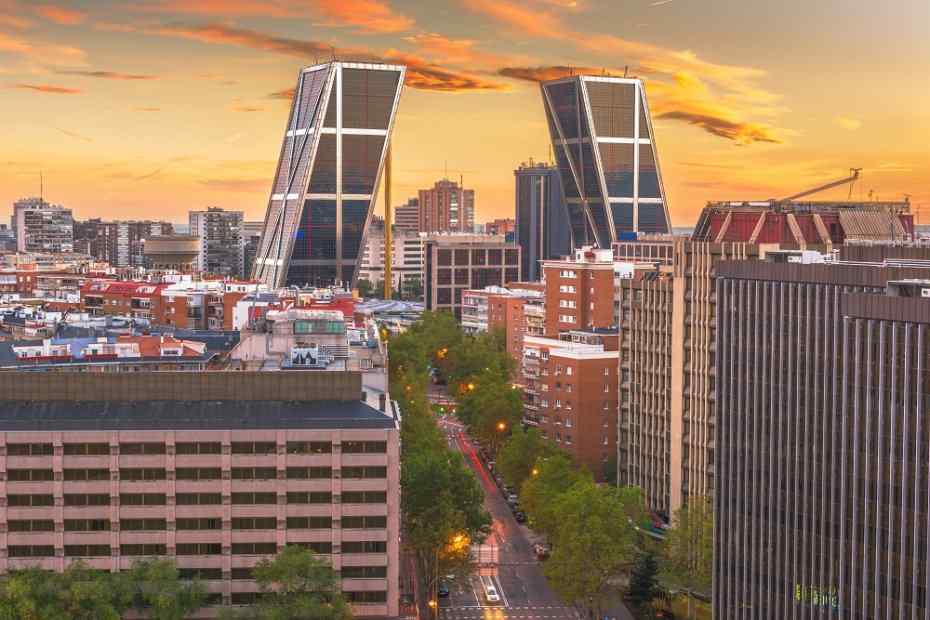 Madrid, along with many other things, is a financial hub of Spain. It is essentially a trade center that continues to grow each day. With countless different opportunities and new projects, Madrid is common ground for entrepreneurs and investors who wish to arise in their respective fields of work. The financial heart of Madrid is compromises of two pinpoint locations: Paseo Castellana & AZCA. Let us take a further look into these important financial districts of Madrid.

A major street filled with people and business through every minute of the day, Paseo Castellana is full of fortune and people that wish to fulfills their works in the most earnest way possible. One of the main features that Paseo Castellana possesses that enrichen the value it has is its historical value and architectural infrastructure. As efficient as it gets, Paseo Castellana both sure is a place for business people as it is for tourists that stand in awe of its great values.

Originally stationed around a spring that processed extreme cold waters, Paseo Castellana was an important source and road for many traders and merchants. A stream was used to be a trash dump for a while, the value and the clearness of the spring were far to be seen until it was channeled in 1807. Paseo Castellana started increasing the immense value it had, starting from the middle of the 19th century with the construction of special governmental buildings and finance centers. During the reign of the Second Republic, Paseo Castellana received the great boost it desperately needed as the expansion of the street to the North was granted, which linked it to the grand government complex of Madrid, Nuevos Ministerios. Today, Paseo Castellana is considered one of the largest financial districts in Madrid as it is essentially the heart of Madrid’s finance.

Within close proximity of Paseo Castellana street of Madrid, AZCA (short for Asociación Mixta de Compensación de la Manzana A de la Zona Comercial de la Avenida del Generalísimo which translates into ‘’Mixed Association for Compensation of the A Block of the Commercial Area of the Avenue of the Generalisimo’’) is among the most important financial districts of Madrid, stationed in the northern part of the city. With a strong bond, relating with many rich and famous businessmen of Spain, AZCA was commissioned and constructed in the 20th century according to the Madrid urbanization planning program “PGOU”, which was approved in 1946. The main objective of such a project was to establish a firmly working series of office buildings and finance centers that are supported by the metro and a railway which increases the output of human traffic it receives.

Apart from its idealistic business attitude, AZCA is an essentially living district that successfully combines high-quality entertainment possibilities with the hardworking and never-ending life of the business. Located in front of the Santiago Bernabéu Stadium of Real Madrid CF, AZCA is accompanied by parks and malls as well.