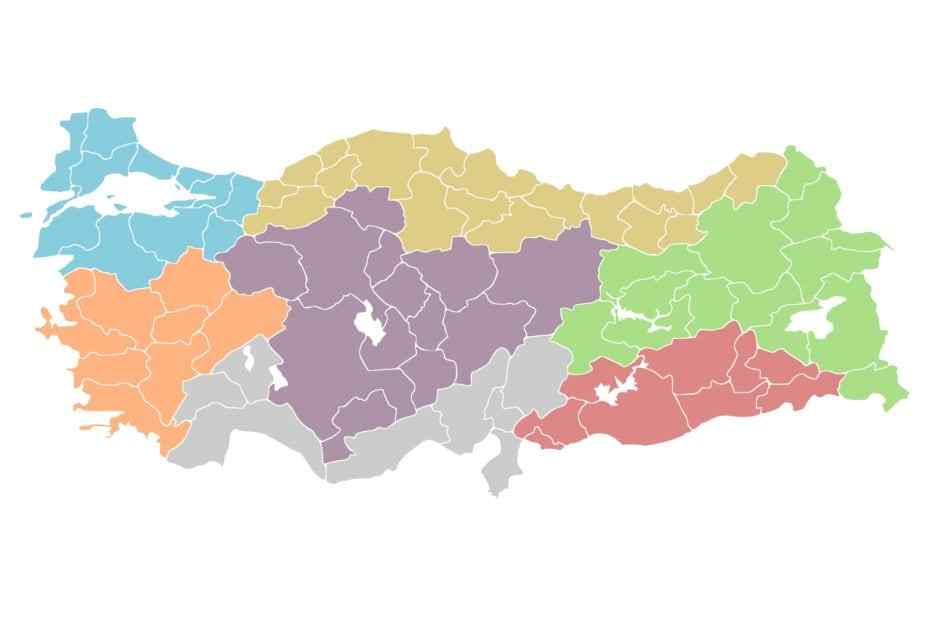 The Aegean region covers approximately 11% of Turkey's territory, with a surface area of ​​around 85,000 square kilometers. It is neighbor on the Marmara Region in the north, Central Anatolia Region in the east, and the Mediterranean Region in the southeast and surrounded by the Aegean Sea in the west. The provinces in the Aegean Region are İzmir, Manisa, Aydın, Denizli, Muğla, Uşak, Kütahya, and Afyonkarahisar. These provinces have 132 districts. In the Aegean Region, Afyon is the largest city in terms of surface area and the smallest city is Uşak. The city ​​with the largest number of districts is Izmir, while the least one is Uşak.

The climate type prevailing throughout the Aegean Region is the Mediterranean climate. Summers are hot and dry in the region, while winters are rainy and warm. The Mediterranean climate is more common on the coast than inland. Cold weather is seen in the northern parts of the region. January is the coldest month, and July is the hottest. The amount of precipitation can vary between 500 and 999 mm.

The majority of the population in the Aegean Region earns their living from agriculture thanks to the climate, soil, and the convenience of transportation. Grains such as wheat, barley, tobacco, poppy, cotton, and all kinds of vegetables and fruits are grown here. Some plants (olives, grapes, etc.) suitable for the Mediterranean climate predominate in the Aegean region. The quality of agriculture changes from the Aegean to the Innerwest Anatolian part; cereal cultivation increases, and livestock is more important.

This region is famous for its antiquities around İzmir, Bergama, Ephesus, and the Aegean coast's natural beauty. Most of the tourists spend their holidays in this region. Although the summer season comes to mind when we say Aegean, it is also a region that stands out with its historical places and natural beauties apart from the seas.