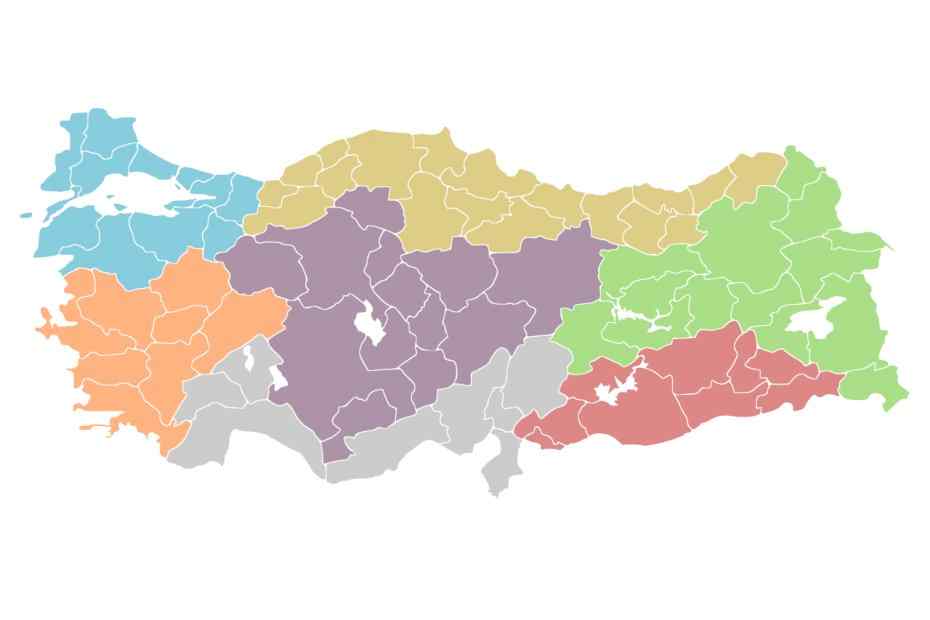 The Black Sea region covers the part from the Georgian border to the east of the Sakarya Plain along the Black Sea coast. The southern border of the region passes through the southern skirts of the Pontic Mountains. It covers approximately 18% of the country's territory. It's the third-largest region.

The direction of the mountains has caused the population to gather more on the coast, to settle in a scattered way, and to focus on fishing. There are few natural harbors and more cliffs in the coastal area. Vast plains are not encountered on the coasts except for delta plains.

The black sea climate is effective in the lower parts of the mountain slopes facing the sea. In the Black Sea climate, summers are cool (23-24 degrees), winters are mild (5-7 degrees), and rainy in all seasons. It is the region with the highest cloudiness, humidity, and rainfall in the country. The most rainfall is in the autumn, the least in the spring. In the coastal part, the vegetation is forest. The rain in all seasons facilitates forest growth and minimizes forest fires. The Black Sea is the region with the most forests in the country.

The climate in the inner parts is continental; agricultural products vary. Steppes are typical in the lower regions, while mountain meadows and lesser tree communities are common in higher places.

The landforms in the region are hilly, so agricultural areas are limited. The roughness of the landforms limits the mechanization in agriculture. Therefore, the need for human and animal power in agriculture continues. This situation is more evident, especially in the Eastern Black Sea Region.