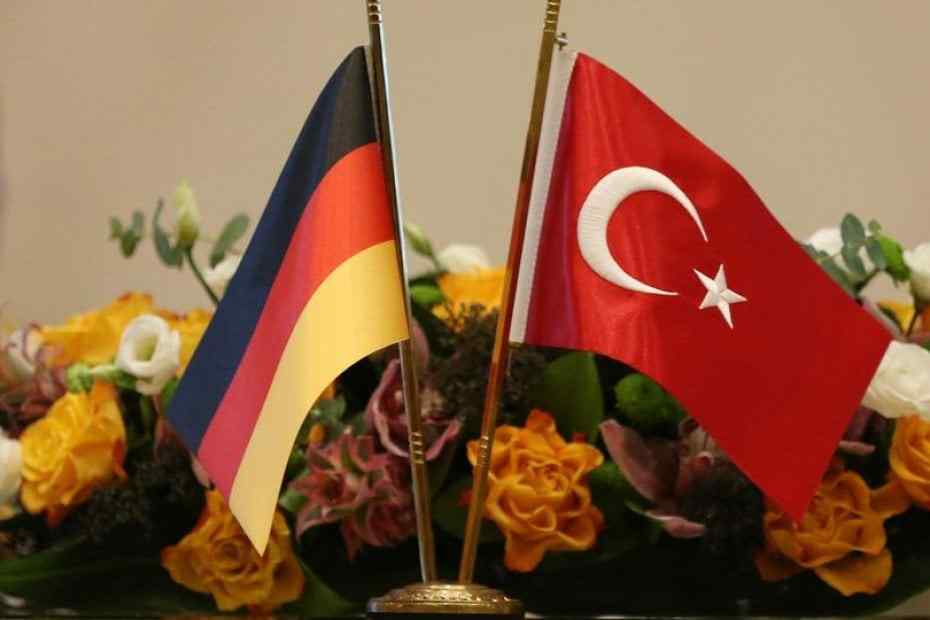 Germany and Turkey have succeeded in maintaining a strong and powerful relation that almost dates back to the 18th century. The bond of these two countries has stood tall against the test of time and still establishes a powerful asset that is valuable in many fields such as economy, military, culture, and social relations. In their respective regions, these strong states promise a bright future for both themselves and humankind with their collaborations. Germany and Turkey share a number of common values and the most considerable influence is that Germany’s largest ethnic minority are Turks. As the hospitality between the people of both Germany and Turkey creates a friendly working space for both countries, Germany-Turkey relations are expected to continue positively.

Germany-Turkey relations date back to the 18th century, to the beginning of the Kingdom of Prussia. With common enemies and rivals, Ottoman saw the formation of the Kingdom of Prussia as a great ally to fight the central powers of Europe that it could not succeed on its own. After the declaration of peace and friendship between the Kingdom of Prussia and the Ottoman Empire in 1790, both nations intensified their military ties with each other. During the reign of Abdülhamid I, relation with Prussia that Ottoman had inclined greatly and many scholars, politicians, generals visited Turkey in order to shape its respective fields. These collaborations and cooperation in many fields led to an increased amount of German influence in the last standing-times of the Ottoman Empire. Many German proposals that included the construction of a railway that stretched to Baghdad were done that Ottoman was interested too, but Great Britain condemned such action with the reason that it threatened its control over India.

Following the outbreak of World War I, Ottoman-German Alliance was formed on August 2, 1914. This alliance was created in order to support the Ottoman’s failing army as well as to provide Germany a safe gateway to other fronts of the war. This treaty was replaced with a full-scale military alliance that granted the Ottoman Empire’s entry to the Great War in January 1915. Ottoman and German soldiers fought side-by-side on many fronts that held utmost importance, such as Fifth Army defending Gallipoli and Yildirim Army defending Palestine were commanded by German generals. After the fall of the Ottoman Empire, the Republic of Turkey led by Mustafa Kemal Atatürk aimed to have a peaceful stand in the world and maintained secure and stable relations with Germany. Even though Turkey was not part of World War II and the Axis Powers, Turkey continued its friendly relations with Germany until 1944. Until then, the Treaty of Friendship signed in 1941 was in charge, and Turkey was Germany’s one of leading mine and mineral supporters at the time, with some additional military equipment as well.

After the fall of Nazi Germany and its division into two governments, the relation between the Turks and Germans was not sour at all. Based on this friendly bond, Germany promoted large-scale Turkish immigration to Germany in 1961. Germany was suffering a great shortage of labor after the losses of World War II and was in need of the workforce that Turkey was able to provide. The Federal Republic of Germany officially invited Turkish workers in order to fill this absence of labor that the factories Germany had. The industrial power of these factories fueled Germany’s economy remarkably after these immigrations. Turkish families who took part in this act continued their lives in Germany, resulting in an increasing Turkish populace in the country. As of today, Turks are Germany’s largest ethnic minority.

Germany and Turkey had a strong economic tie with each other throughout our history and still do today. Investors, manufacturers, etc., in both of these countries, continue to employ many workers annually. More than 4,000 German companies operate in Turkey and Turkish businesspeople employ more than 200 thousand people in Germany. Such strong bonds between these countries make Germany Turkey’s number one partner in various fields such as foreign trade, tourism, defense, and technical industries. Germany mainly exports machinery, electrical goods, supply parts, and etc., to Turkey, while Turkey exports textile goods, food, leather, vegetables, materials, and some specified electronic goods to Germany.

More than 3 million German tourists visit Turkey every year, and there are even countless Germans that invest in real estate in Turkey. Turkey, being a hotspot for people all across Germany, continues to maintain its value for Germany. With these countries’ rich past and promising deals, it is without a doubt that they will provide great assistance to each other in the future.