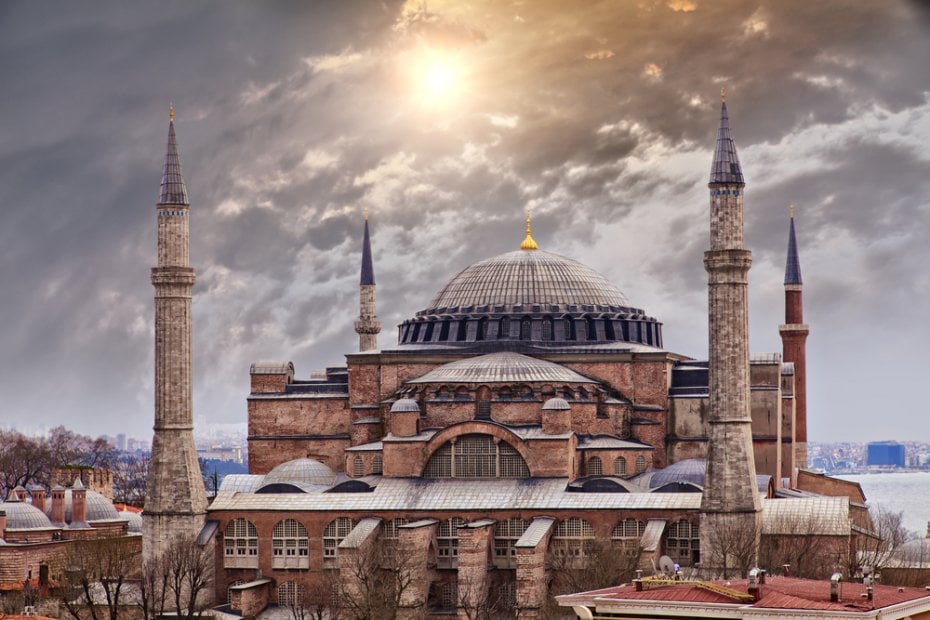 Hagia Sophia is the first urban image that comes to mind when Istanbul is mentioned. It is almost identical to Istanbul. The Hagia Sophia became a Museum with the decision taken in 1934. Until then its name was the Great Fatah Mosque. Since 1934, it has been continued to exist as Hagia Sophia Museum. This historical monument, Christianity and Islam, symbolizes the most important shrines of the two major religions. Hagia Sophia, the name is used in the meaning of Sacred wisdom, the wisdom of God, and the place where those who have received the love of God gather. Beyond being a religious structure, it stands out as a cultural center in terms of both its historical and architectural features. In this respect, it has been the subject of many legends with its features such as name, construction and location. Here are the legends of Hagia Sophia…

In this legend, Safiye Banu who is a rich daughter of a sultan, is told to have Hagia Sophia built. According to legend, Safiye Banu is establishing a city called Sofia. Safiye Banu, who is very wealthy, dies in this city. He will testify that a place of worship should be built before his death. In order to fulfill this will, the sultan started the construction of Hagia Sophia instead of the destroyed church. This legend is considered to be very important in terms of bringing the construction of Hagia Sophia closer to the Turkish tradition. In Anatolian Turkish legends, it is similar to the motif that a sultan or father built a place of worship on behalf of his deceased daughter. Hagia Sophia was built by the Byzantine Emperor Justinian I between 532-537. It goes beyond the historical reality of Hagia Sophia and becomes a legendary personality. 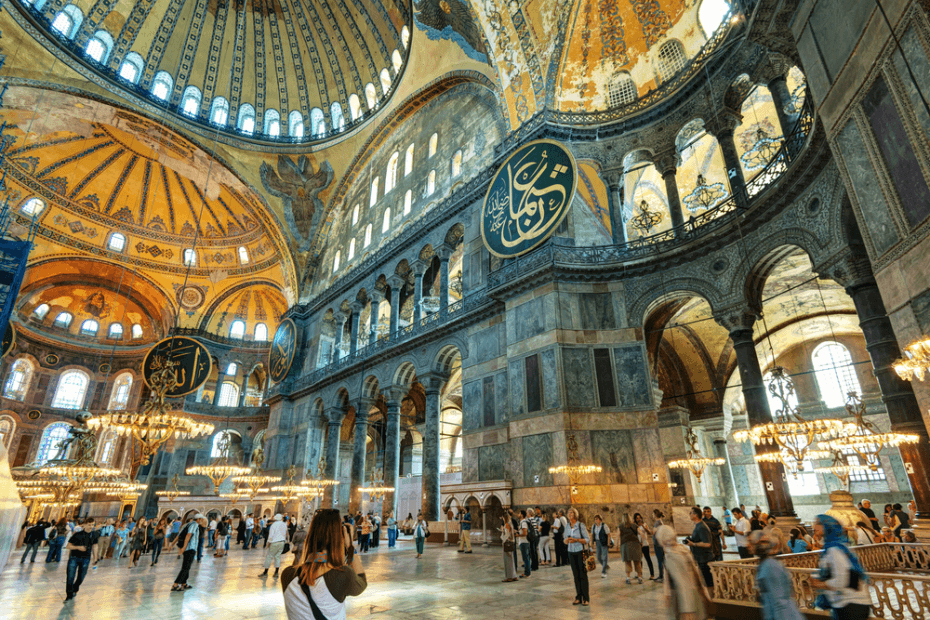 This legend is about the dream of the Byzantine Emperor Justinianus, who had Hagia Sophia built, that God had preached the construction of Hagia Sophia to him. One night, a dreamy old man walks on a beautiful horse on the roof of the Emperor's palace. Justinian watches this in astonishment before the old emperor and salutes. The emperor receives the salute and says: “O saint! Why are you here? ”Old man says, I came to guide you for a good job'' Emperor: Here I say thank you to my life. Old man: You have done well by defeating pagans who do not know God, but you must complete this good by demolishing their churches. Instead, make a great place of worship that will become famous all over the world so that Jesus' religion can prevail over other religions.

Justinianus wakes up from that sleep and looks around so that there is neither old man nor anything else. But his words are very impressive. He was delighted to think that this inspiration was given by God. He swore, saying: If God gives life, I will realize this dream. In the morning, he collects state officials and tells his oath by telling his dream. They too appreciate Justinian's beautiful idea and approve. 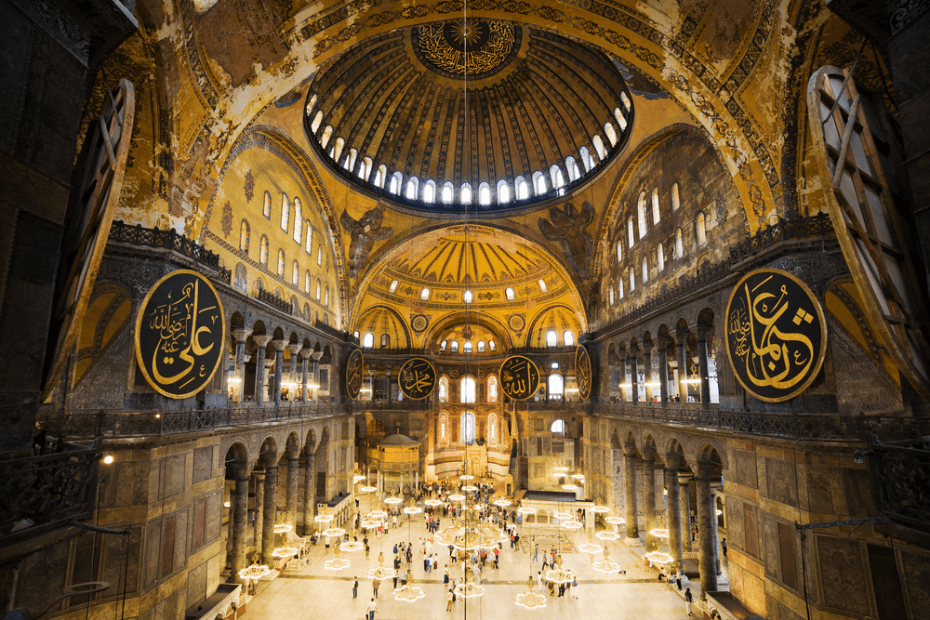 The legend tells the story of finding a skilled architect with the skills to build Hagia Sophia. According to the legend, after the Emperor decided to build Hagia Sophia, he started to look for a skilled architect who could do it. He shares the matter with his viziers and orders that such an architect be found. The viziers set out to work, but they could not find such a master architect even though they searched the entire empire. The Emperor is desperate. One of the notables of the monks was a monk of a seventeen-year-old monk; The person who will build this building should be able to stop an egg on marble. Upon this promise, the emperor asks all architects in his country to pass this test. No one can pass this test, so the Emperor wants to be subjected to whoever. They pass all the people through this test, but no one can stop the egg on a marble. When one of the officials wants to subject an awkward teenager to an egg stop exam in a Turkish bath, one of the young people comes to him and tells him not to be afraid of what he says. The young man is doing what he says. He puts a ring on the marble and stops the egg on it. So he passes the exam. I would like to have the Emperor build a church that is unmatched on earth, can you accomplish this? when he asked young people with the suggestion of the strange; He says I can. They want Hagia Sophia to draw up her plan to retest the young. The next day the Hagia Sophia will be made in the area of ​​the person who draws a plan and this plan is very appreciated. Thus, he is the architect of the young Hagia Sophia, who acts with the guidance of the unbelievers. 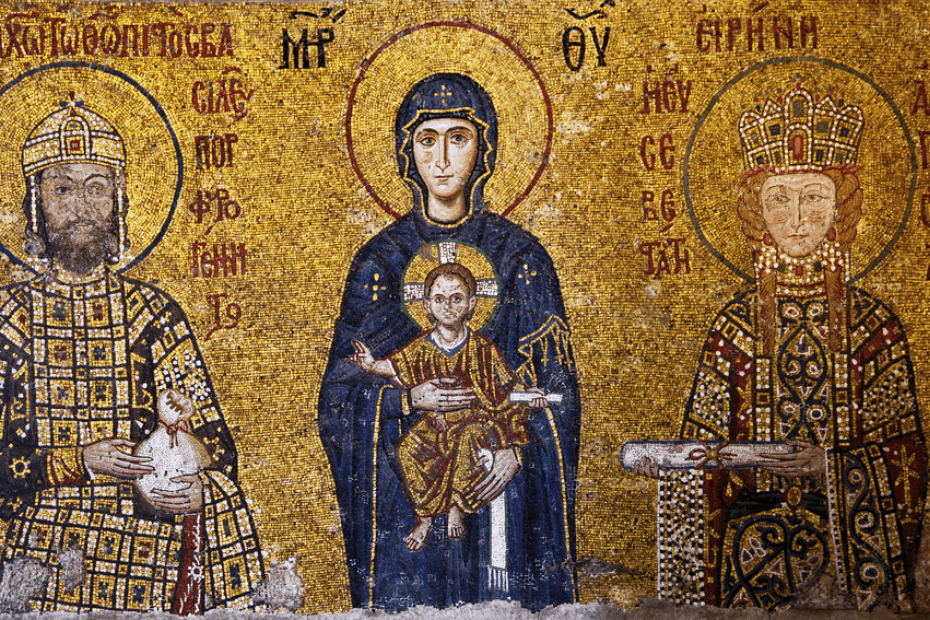 This legend is about bringing the materials needed to build Hagia Sophia. According to the legend; The Hagia Sophia was built with columns brought from giants by Kaf Mountain. When one of the giants brings marble, he strikes the column to leave a mark on the temple. The fact that the columns and marbles of Hagia Sophia were brought by the giants is a legend in the legend. How the columns, marbles and other building materials used in the temple can be transported here with the means of that era forms the basis of the legend. The amazed people evaluate the issue in their imagination and imagination. With the influence of oral culture, such a legend is formed. 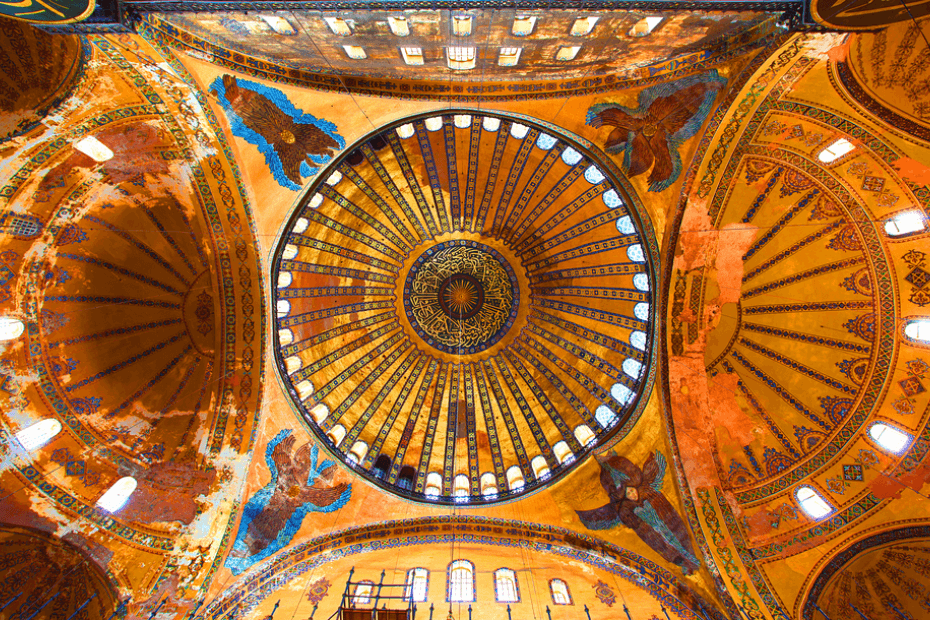