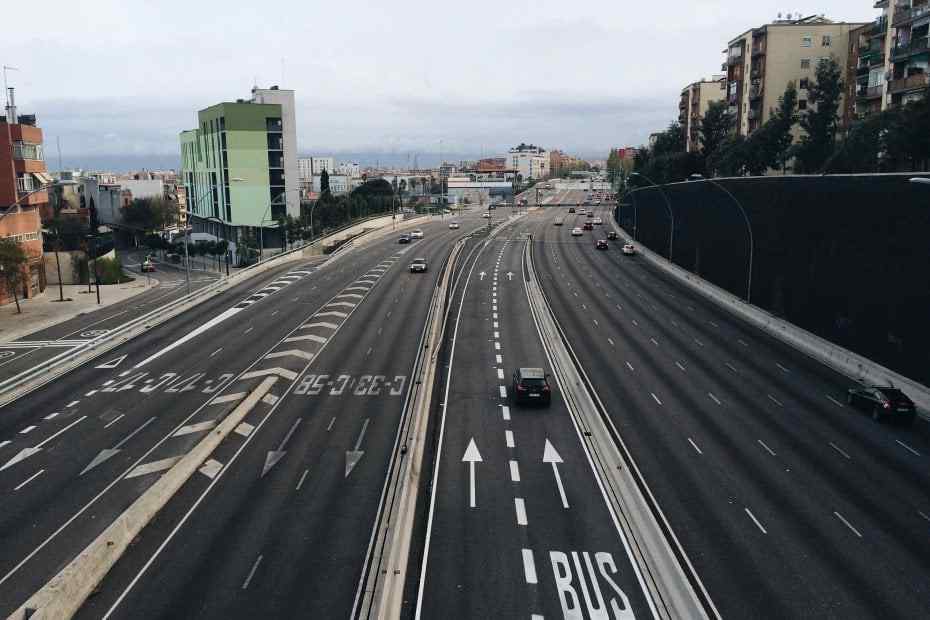 Istanbul is a crowded, high-populated city. Each year, the population continues to increase as the city becomes more developed and offers various opportunities for everyone around the globe. As Istanbul is a metropolis, roads hold utmost importance in the city. With the gradual increase of population and cars, the Municipality of Istanbul invests a significant portion of their budget into roads.

Types of Highways in Turkey

There are three types of roads in Turkey. These roads are state roads, provincial roads, and motorways. State roads are Turkey’s older roads under the direct responsibility of the General Directorate of Highways except for urban sections. Provincial roads are highways that link various districts to provinces, neighborhoods, state roads, seaports, airports, etc. Highways at the expense of a fee to pass are named motorways in Turkey and are built into European standards. Since most of these motorways are newly built, they offer a high-quality and safe experience for drivers. Most of them have six lanes in total (3+3). These motorways have a system called the HGS automatic toll system in which an electronic-chip sticker is installed on top of the windshield to pay the fee for the road. You are not able to pay the fee of the motorway to a toll either by cash or credit card. Each of the devices that are installed on the car is special to a specific car, records the car’s usage of motorways and toll history, and charges the fee to the account that is linked with the vehicle. In order to use HGS, you have to visit a PTT Office (Turkish Postal Office) with your auto registration document and your passport. Also, you can register for HGS in verified Shell fuel stations. There are various numbers of motorways that pass-through Istanbul.

D-100 Highway is one of the tallest state roads in Turkey. Its starts from the Bulgarian border and ends at the Iranian border checkpoint. Before 1992, this road was part of the international E-5 road that had reached to far points of Europe. After some changes in the road, the connection was cut, but parts of this road in Istanbul are still called by the name of E-5. E-5 highway is one of the most famous and most important roads in Istanbul. Most of the important districts of the city are built along the sides of this long road. E-5 Highway starts from the west part of the European side, which is Büyükçekmece to Söğütlüçeşme - a well-known district which is on the Asian side. This road passes from Istanbul’s famous neighborhoods. Districts such as Bakırköy, Fatih, Mecidiyeköy, Beşiktaş, Söğütlüçeşme are all part of the E-5. Also, Istanbul’s one of the most functional public transportation metrobus is in line with the E-5 Highway. Metrobus connects the Asian and European sides, provides easy access to a lot of places, and consists of many transfer points to other public transportations. E-5 highway offers many possibilities for people that wish to reside in Istanbul. Whether you choose to live in a modern part or a historic neighborhood, you can find everything you desire along the E-5 highway. Due to its high attraction, E-5 proves to be one of the best roads to invest around in Turkey. As the highway has a limited capacity of building and upcoming city projects like Canal Istanbul, the districts around E-5 highway are guaranteed to be a profitable investment choice.

O-2 is a highway that starts from Mahmutbey district on the European side and passes over the Bosphorus strait via Fatih Sultan Mehmet Bridge and ends at the beginning of Anatolian Highway on the Asian Side. Usually called as TEM road or The Second Beltway by the Turkish people, O-2 Highway is usually preferred by trucks or mass-transportation vehicles.

O-4 Highway is also known as the Anatolian Motorway that connects Turkey’s capital, Ankara, to the great city of Istanbul. Anatolian Motorway begins at an intersection with both O-2 and O-1 highways and ends in Ankara. O-4 Highway also consists of International European roads and part of AH-1, which is a part of the Asian Highway Network