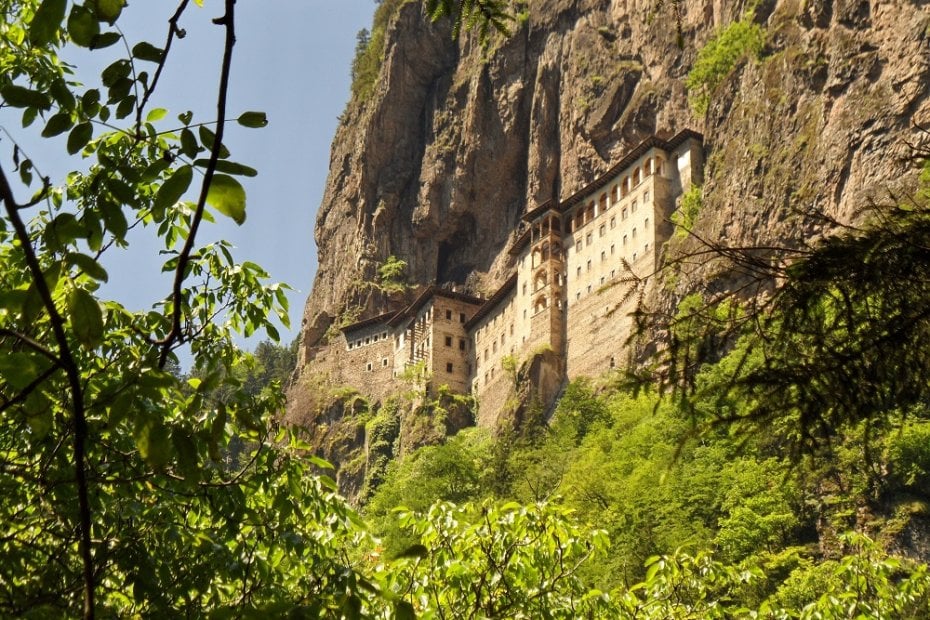 Historical Sites and Landmarks of Istanbul

Istanbul needs to take the first position since it was the capital and ruling center of both the Byzantine and Ottoman Empires, and many of its old structures can still be seen today. The Sultanahmet area, which is part of the UNESCO World Heritage list, has notable monuments and structures like the Hagia Sophia, formerly a church, mosque, and is now a museum.

The Blue Mosque, which dates from 1616 and is famed for its six minarets, is located across the plaza. It is one of only two mosques in Turkey built in this manner. Around the street lies the Topkapi Palace, the Ottoman dynasty's initial residence after conquering Constantinople in 1453. The Basilica Cistern and Istanbul Archaeological Museum are also nearby, as are the Grand Bazaar, Galata Tower, and Suleymaniye Cami, Turkey's largest mosque. The list continues on and on, and a stroll around this neighborhood is one of Istanbul's most popular guided tours.

Ephesus should be on everyone's bucket list while visiting Turkey because it is one of the country's most popular sites, with millions of visitors each year.

The majority of the restored sites originate from the time when the city was controlled by the Romans and Christianity was expanding throughout the region. Exploring the affluent inhabitants' Roman terraced mansions, the Celsus library, which was the third biggest in the ancient world, and the Grand Theatre, where the Artemis rioters ganged up on Saint Paul, is an unforgettable experience.

Göbekli Tepe is a Neolithic archaeological site in Turkey's south-eastern Anatolia, near the city of Şanlıurfa. The site has a series of enormous circular constructions supported by gigantic stone pillars dated to the Pre-Pottery Neolithic, between c. 9500 and 8000 BCE — the world's oldest known megaliths.

If preliminary discoveries are correct, Gobeklitepe is the world's oldest man-made monument, dating from the Neolithic era and thousands of years older than Stonehenge.

The monastery, also known as Mother Mary or Virgin Mary, is sculpted out of rocks in a forested region on the slope of Mt. Karadag, 300 meters (984 feet) above the Altindere valley, near the town of Macka.

The monastery's alpine location, clinging to a steep rock cliff in the middle of lush evergreen trees loud with the splash of icy mountain streams is a sight to behold.

Aphrodisias: The City of Creativity

The Aphrodisias School of Sculpture was known across the Roman Empire for around five centuries. People with a strong desire to express their creativity would go long distances to learn from the greatest.

Famous Roman philosophers and painters congregated in Aphrodisias, once known as the "City of Sculptures," to produce everlasting masterpieces. Visitors may explore the excavated ruins as well as the museum, which is regarded as one of Turkey's best.

The Grand Theatre of Aspendos

Aspendos Turkey is known for its stunning Roman remains and the famed Aspendos Theatre, formerly the ancient metropolis of Pamphylia. Thousands of travelers visit the site, which is located in what is now southern Turkey, each year to see the best Roman remains in Turkey. The monument is located on the Eurymedon River's banks, flanked by two hills rich with ruins and beautiful Roman constructions. Visitors may take a variety of excursions of Aspendos, including self-guided and guided tours, and all of the remains are accessible on foot. The magnificent site offers fascinating information and insight into the Roman stronghold and influence in the Turkish region.

Bodrum Castle, also known as the Castle of Saint Peter, was erected by the Knights of Saint John in 1406 and served as a defense port and jail until becoming a sponge diving storage facility in the 1960s. It is now more of an iconic sight, a testimony to the region's past and home to the underwater museum Uluburun, which displays ancient shipwrecks from the Bronze Age.

Benefits of Starting a Company in Turkey

A Step into An Exciting Journey