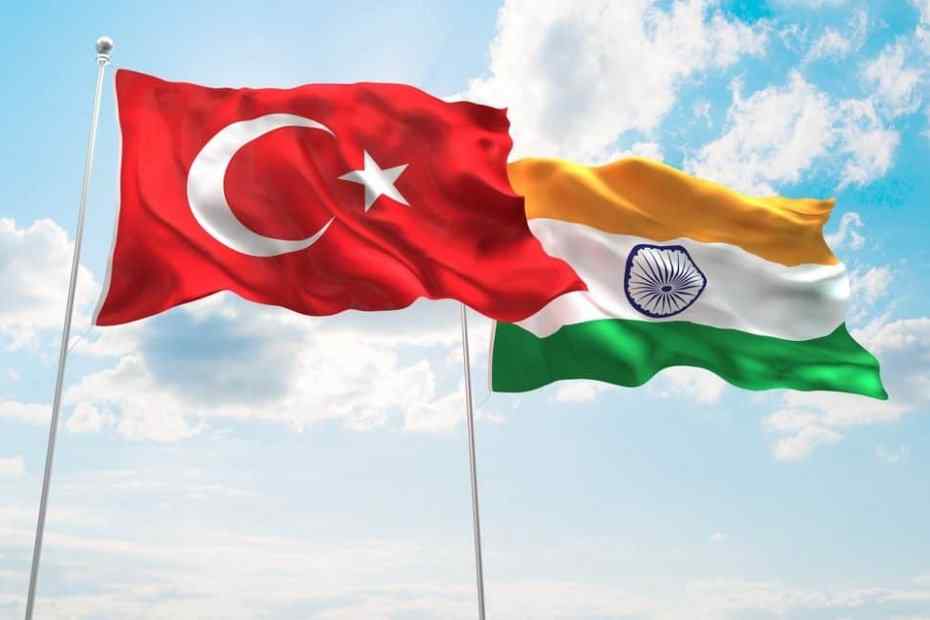 India has cultural ties with Turkey from the past. India, along with China, constitutes two crucial cultural basins in Asia. On the other hand, unlike China, historically, India is a country where the Turkish element has penetrated more. The two countries have friendly and long-standing relationships. Turkey and India supported each other at critical times in their history.

Relations between Turkey and India follow a stable course. However, it can be ensured that the ties with India, which is a door to the Asia-Pacific region, which is increasingly prominent in global trade and politics, and the Indian Ocean, which strongly feeds this region, display a sustainable structure based on healthy foundations. Some historical and religious-cultural reasons have been influential in the stable course of the relations between the two countries until today. In this context, it is necessary to distinguish between practical approaches and ideals in bilateral relations. While cultural and economic changes were taking place globally, the political, economic, and cultural relations between Turkey and India gained more importance.

Foreign trade between Turkey and India continues to increase, and there is steady growth for the two countries. As of 2019, Turkey reached its foreign trade target with a total export volume of $ 7 billion. The target for 2023 is 25 billion dollars.

There are various opportunities in different areas for Turkish investors in India. India, where many pharmaceutical raw materials are produced, has serious potential for Turkey, which makes medical devices, test kits, and many other high value-added products. Besides, the Indian Investment Agency offered up to 70% of incentives and grants for Turkish investors in food industry products. On the other hand, tourism is one factor that plays a crucial role in bilateral relations. Turkey is an important country for Indian tourists. The number of tourists, which has reached 300 thousand, continues to increase in recent years. The wedding tourism of Turkey is expected to grow rapidly in 2021. Also, Turkish TV series, which have an important place in tourism, are becoming more and more popular every day in India.

India will invest 150 billion dollars in arms and modernization. Turkey's experience and knowledge in the maritime and defense industry have the potential to narrow the foreign trade deficit of Turkey in the long run. Moreover, Turkey has reached an indispensable level for India, especially in ground and airport operations, where Turkish investors make most investments. Hazelnuts, dried apricots, lentils, and many other Turkish food products started to be more demanded in India; they gained a significant market share. The biggest increase in food and food industry products exports to India is in aquaculture, animal products, oilseeds, grains, and pulses.