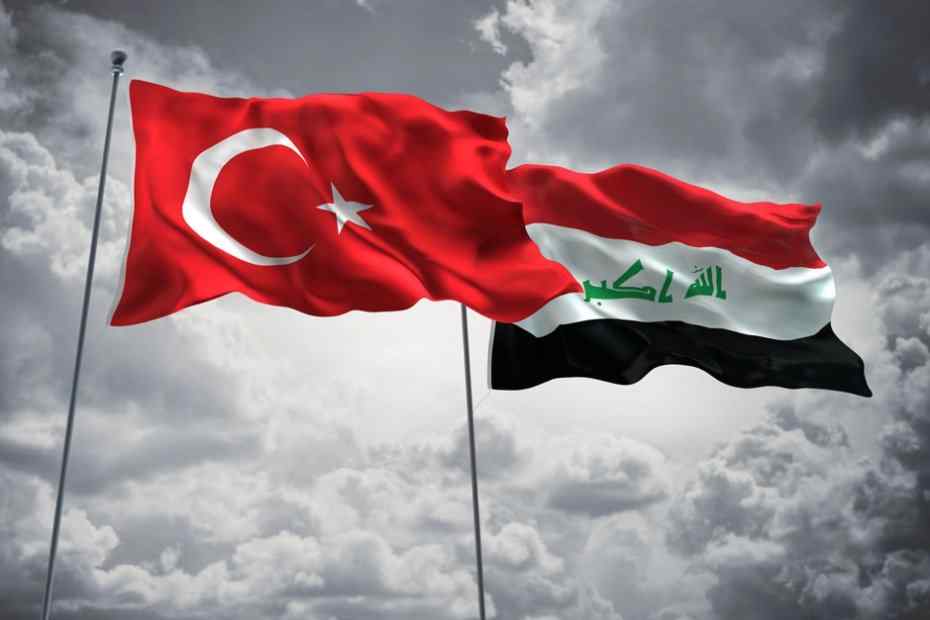 Two bordering countries with a rich history and frequent connections throughout the time, Iraq and Turkey wish to maintain a stable relationship for a better future. Even though each country sometimes shared different stances on major global crises, the Turkish and Iraqi governments are interconnected by various religious and cultural similarities as both Turkey and Iraq aim to maintain a better relationship for the sake of stability in the Middle East. In order to take a closer look into the relation of these countries, we first have to understand their political history.

Today, both countries are independent countries that wish to empower themselves in various manners. It was a subject of change throughout history since today’s Iraqi government’s borders and people were ruled under the Ottoman Empire for a long time. As with their familiar governance and religion, no major conflicts nor revolts were seen in the history of this region. With a long time of reign over the people and the region, the bond between the Iraqi people and the Turkish people is proven to be strong. Ottoman Empire’s decline has resulted in some unsolved conflicts for a brief time concerning the Iraqi government at the time. After the first World War and the Turkish Independence War, Ottoman Empire ceased to exist, and the Turkish Republic came in control of the Turkish lands. With many territories lost, Turkish officials tried their best to keep control of the Levant region as much as they could but failed to do so. As that region was mostly occupied by the British, Iraq gained its political unity as a British mandate. Under the control of tyranny, the people of Iraq revolted against British rule, and the newly founded Turkish Republic was one of the first states to aid the Iraqi people. Iraq was able to gain its independence in 1932 as the Hashemite Kingdom. With close relations of King Ghazi and Mustafa Kemal Atatürk, Iraq and Turkey took part in many defensive military pacts in order to cooperate against a further threat.

After the Iraqi revolution in 1958, Iraq became a republic, empowering its relations with Turkey. Iraqi and Turkish officials were showing successful manners of diplomacy with many economic agreements done in the 70s. While Turkey provided Iraq with the essential water supply they needed, Iraq was supplying Turkey’s 2/3 of petrol demand. Turkey and Iraq had a positive and stabilized relationship until The First Gulf War in 1990. Even though both nations wished to maintain the relations, the Iraqi government’s lack of authority had resulted in many acts of terrorism in the north of Iraq, affected Turkey greatly. After a long duration of conflicts between the terrorists and the Turkish government, operations against terrorists were taken by the Iraqi state’s cooperation, resulting in a leap to improve the damaged relationship.

At the scene of crises and major conflicts that especially relate to both the Turkish and Iraqi governments, officials aim to work in confound manners to overcome these difficulties. As the Iraqi government looks forward to stabilizing their state and Turkey continues its operations to eradicate terrorism, relations of these countries promise a bright future. Turkey has opened its doors for every victim that Iraq had during the civil war and terrorism process and has done its best to take care of these immigrants in the best possible ways. With this hospitality, Turkey proved that the Iraqi government is not alone in its search for peace. As Turkey made it easier for foreigners to gain Turkish citizenship, Turkey was able to attract many Iraqi investors throughout the last decade. Iraq was on top of the list in the number of most properties bought by foreigners in Turkey for a long time. As of 2020, Iraq placed second on the list for real estate purchases by foreigners in Turkey. Iraqi people bought more than 4,000 properties in 2020, and this number is projected to increase over the years. Not only individuals but both governments contributed to each other over the last decade. And as of December 2020, Turkey granted a $5 billion of latter to the Iraqi government for the reconstruction of Iraq. With such cultural coherence and improved relations, Iraq and Turkey assure a bright future.