Istanbul Canal is to Change the Fate of These Districts 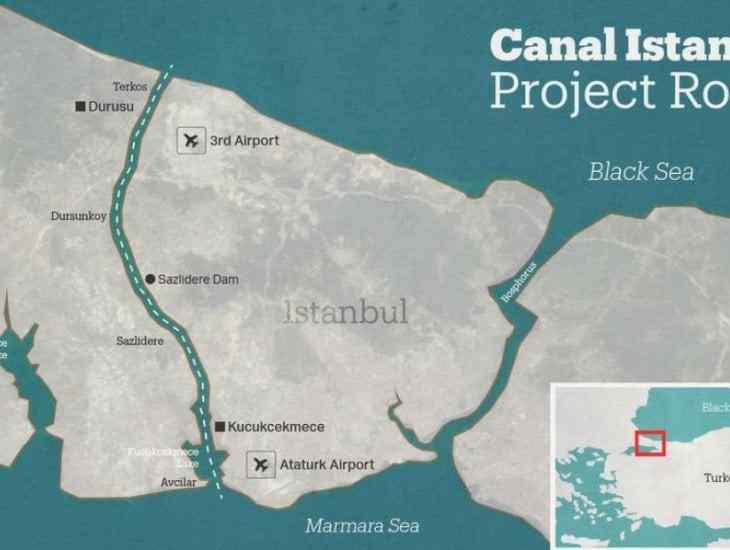 President Recep Tayyip Erdoğan announced a project that he called “the crazy project” in 2011, and it has been a motivation for many sectors ever since. This mega project also known as Istanbul Canal or Kanal Istanbul aims to reduce the shipping traffic on Bosphorus by serving as a second strait between Marmara Sea and Black Sea, and is thought to affect tourism, transportation activities, trade businesses and urbanization dramatically in the upcoming years.

Other mega projects such as the third airport and Yavuz Sultan Selim bridge caused an increase in real estate prices not only in the primary areas where the project is directly located but also in the secondary districts, and it is expected to keep going up. Districts within the route of Istanbul Canal are predicted to experience a similar case. Even before the final route was announced and only alternatives were being discussed, many districts that are rumored host the project saw a significant increase in land and real estate prices. After the announcement, experts studied the prices within the route and illustrated that total of 22 areas in 4 districts -Arnavutköy, Küçükçekmece, Avcılar and Başakşehir- increased in value. Arnavutköy seems to win the race: in 2010, real estate property price per square meter was ₺700, yet it became ₺2.600 per square meter by 2018. Land prices experienced a similar case. In Karaburun, a neighborhood in Arnavutköy, land price per square meter was ₺220 until the Istanbul Canal changed the fate of the area and caused the prices to increase up to ₺1.600. Properties within these areas are mostly residentials. However, there is a potential of these districts to become business centers once the construction of Istanbul Canal is started and transportation projects are brought into life. Experts stated that these districts are best to be favored as long-term investment projects. But there is no doubt that center of the city is slowly leaving its current position and proceeding towards Istanbul Canal route.