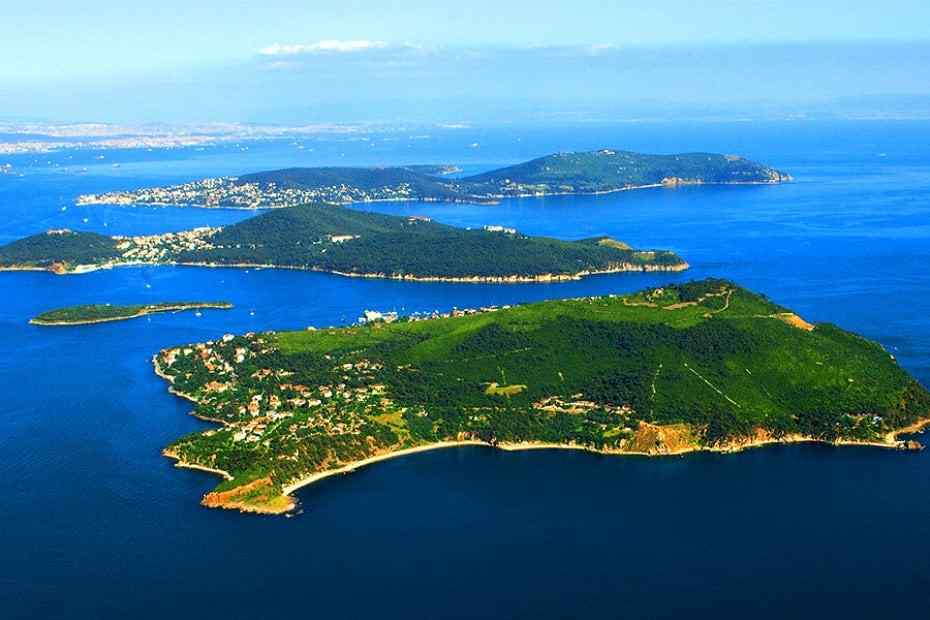 Princes' Islands (Adalar) are located on the Sea of ​​Marmara. Princes' Islands consists of Büyükada, Heybeliada, Burgazada, Kınalıada, Sedef Island, Sivriada, Yassıada, Kaşık Island and Tavşan Island. Büyükada is the largest among the islands covering an area of ​​16 square kilometers. Büyükada is the center of the region. Other important settlement islands in the district are Heybeliada, Kınalıada, Burgazada, and Sedef Island. Kaşık Island is privately owned. Adalar were used as places of exile in both the Byzantine and Ottoman periods and were also the places where stray dogs were sent. It came under Ottoman rule shortly before Mehmed II conquered Istanbul. The region, which was not used much until the 16th century, gradually became popular later.

Ferry transportation began between Istanbul and the Princes' Islands in the 19th century. Ferryboats depart from various parts of the city to the Islands. You can go from one island to another with the City Lines Ferry services and the Mavi Marmara's big ferries. Living on the island does not mean an isolated life. There are ferries every hour, and it is possible to reach the city center with a single ferry. You can rent bicycles from the shops around the main pier on each island on an hourly or daily basis, or you can buy yourself a bike and ride it on the safe roads of the islands and reach wherever you want. You can also use a sea taxi. The use of passenger cars and other private motor vehicles on the islands is subject to permission. Motor vehicles are not allowed on the islands, except in special circumstances. There are no motor vehicles except garbage trucks.

After transportation has become easier, it has become a region increasingly visited by foreign and local wealthy people living in Istanbul. Greek and Armenian populations were dominant in large parts of the Islands. The most important feature of the Islands is that it always has a peaceful and calm atmosphere. You can feel far away from the noise and chaos of the city in Princes' Islands. The shops and cars that cover almost every part of Istanbul are far from you here. You can swim, walk on the green hills only 45-50 minutes from the city center and enjoy the peace and nature.

Living on one of the islands is like living in an old Istanbul neighborhood. Its nostalgic atmosphere both supports and encourages you to establish a healthy community. 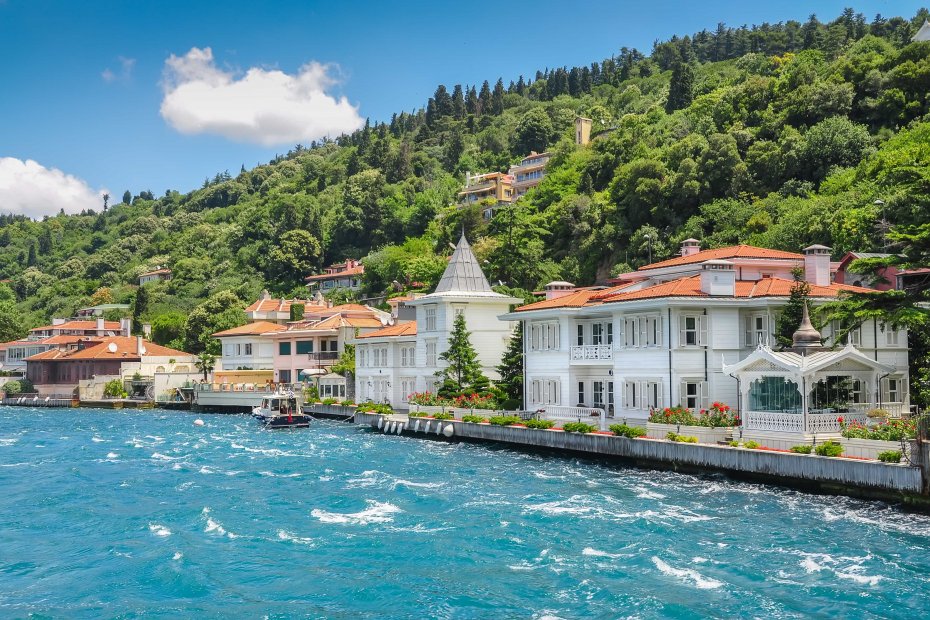 The population of the Adalar district has increased since the middle of the 19th century. The population of the district is 16,033. Since almost all of the islands are touristic, they are much more crowded in summer compared to winter. The population increases nearly 10 times in summer than winter, and the increase on weekends surpasses this. Houses are mostly used as summer houses (second houses). Part of the settled population works in Istanbul and goes to the city daily by ferry. Economic activities are generally provided from facilities such as tourism enterprises, restaurants, and cafes that operate for touristic purposes. There is no industrial enterprise. There are few craftsmen such as blacksmiths, carpenters, and furniture makers. The socioeconomic status score of Adalar is A +.

The organizers and participants of the cultural and artistic events on the islands actively participate in social life and ensure the cultural progress of the islands. In Adalar, you can enjoy special day events, open-air cinema, concerts and shows, exhibitions, meetings and autograph days, sports competitions, and street festivals.

Since 2013, after the arrival of a natural gas line to Adalar, the number of residents in the region has increased considerably in summer and winter. This increase also brings the real estate market mobilization and new projects on the Islands. Following the diversification of transportation and heating opportunities, there are increases of up to 50% in the Adalar district's property prices. Average housing square meter prices in the Adalar district are 8,520 TL, while the return time is 26 years. The average price of a 100 square meter residence is between 639,030 TL and 1,065,100 TL. The average district price for a 100 square meter flat is 852,040 TL. This price is 2,714 TL for rental houses.