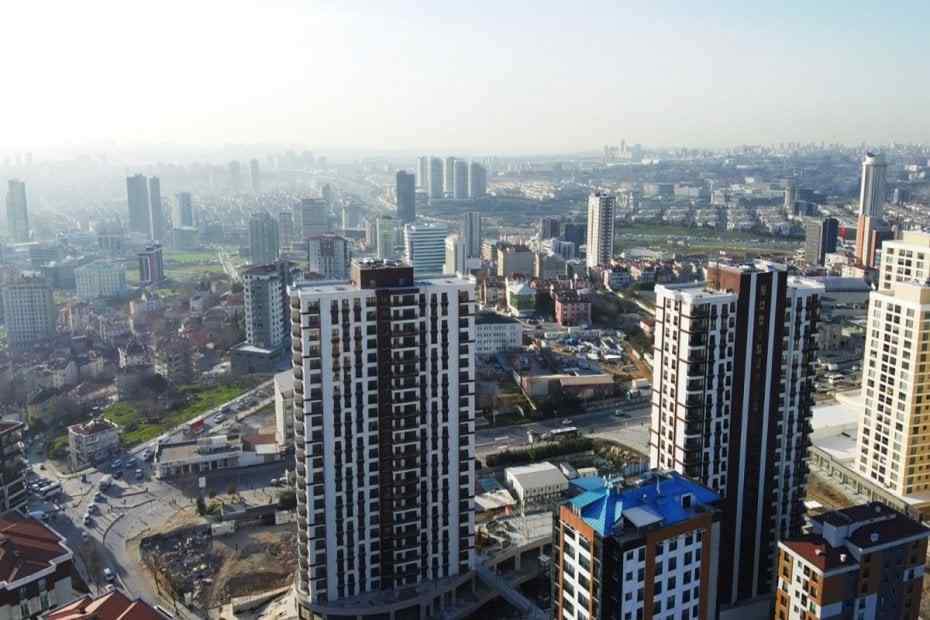 Located on the European side of Istanbul, Bağcılar district is one of Istanbul's small districts in terms of surface area. Bağcılar, which is neighbor to Güngören, Esenler, Bahçelievler, Küçükçekmece and Başakşehir districts, is also close to the city center.

Bağcılar was one of the villages of Mahmutbey district where Greek people lived during the Ottoman period. Bağcılar, which is a combination of Mahmutbey, Bağcılar and Kirazlı villages and Papasköy farm, is one of the oldest settlements of Istanbul. The name of today's central settlement, which gave its name to Bağcılar, was called Jewish Bergos (Yahudi Burgaz), Cuhûd Bergos (Cuhûd Burgaz) and Çıfıtburgaz during the Ottoman period. In the first years of the Republic, the village was also called Çiftburgaz. In 1939, the name of the village here was changed to Bağcılar Village due to the abundance of vineyards ("Bağ" means vineyard in Turkish). In 1975, with the decision of the Council of Ministers, it took the name Yeşilbağ and became a town municipality. The municipality was abolished with the 1980 coup, and the name Bağcılar was started to be used again. Meanwhile, its population increased rapidly by taking large migrations from Anatolia. It became a district on June 3, 1992.

Bağcılar district, one of the densely populated regions of Istanbul, is a district where the business pace and population are intense. Located between TEM and E-5 roads, Bağcılar is adjacent to Küçükçekmece, Bahçelievler, Güngören, Başakşehir and Esenler districts. It has an important location that provides transportation to many points of Istanbul with its advanced rail systems. It is possible to reach Bağcılar district, which is about 15 km away from the city center, with many different transportation options. You can go to Bağcılar district directly with the tram line between Kabataş and Bağcılar, and the Kirazlıtepe-Yenikapı metro line, as well as by transferring through Marmaray, metrobus, and other public transportation vehicles.

The distance between the Fatih district, where many popular tourist places are located, and Bağcılar is approximately 15 km.

Bağcılar is a district that you can choose for shopping, eating, and sightseeing with its location close to the city center. Although the number of historical buildings and tourist places you can find here is small, you can visit shopping malls, parks, playgrounds, museums, social facilities, cinemas, planetarium and culture and art centers in Bağcılar, which is in an effort to modernize. There are many places you can go to energize your social life.

Bağcılar became the second homeland for Turks emigrating from Greece with the population exchange that started in 1924. Later, along with the immigrants from Bulgaria, it developed rapidly with the migration movement from Anatolia to Istanbul, which gained momentum in the 1970s. The district is like a mosaic in terms of population structure. Being the third most populous district of Istanbul, Bağcılar has a higher population than many cities in the country. Today, the population of this district is 737,206.

Bağcılar frequently receives immigration due to the abundance of job opportunities. The district's economy based on textile, food, metal processing, and transportation makes the region an attractive settlement, especially for the working population. The real estate investment potential in the region is growing thanks to the increase in the areas opened for new settlements and financial centers in Bağcılar.

Skylux Residences Project is located at the intersection point of TEM Highway and Basın Ekspres road. You can enjoy modern life in this residence with 1 + 1 and 2 + 1 apartment options. Within the project, there are facilities such as a 24-hour security pool, sauna, restaurant, playground, and social facilities. The distance of the project to Istanbul Airport is 25 minutes.

Istanbul Line Project includes 422 flats and 26 commercial areas. Thanks to the swimming pool, social facilities, sauna, restaurant/cafe, Turkish bath, and 24/7 security service in the project, you will never be bored here, and you will feel safe. Thanks to its proximity to transportation vehicles and important roads, you can easily reach the city center from Istanbul Line. The distance of the project to Istanbul Airport is 30 minutes.

Covent Tower Project, built on an area of ​​14.300 square meters, consists of 520 residences and 40 commercial areas. The project includes 1 + 1 and 2 + 1 apartments with different sizes. Covent Tower Project is very close to E5 and TEM Highways. It offers you and your family numerous facilities such as pool, sauna, fitness center, Turkish bath, cafes, restaurants, and shops. The distance of the project to Istanbul Airport is 35 kilometers.

What are the Real Estate Prices in Antalya?
Most Famous Turkish Actors and Actresses
Corporate Tax in Canada