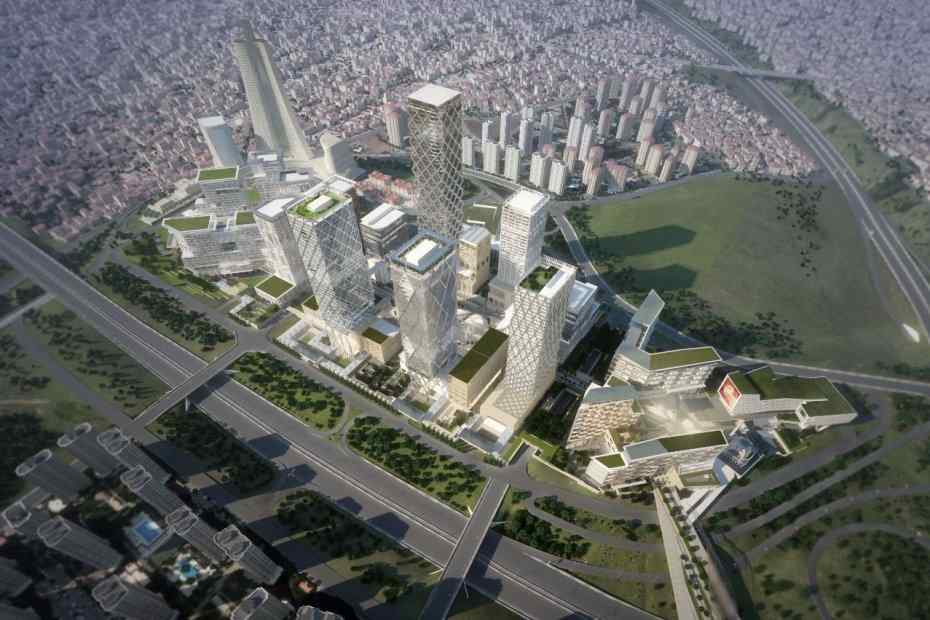 Having hosted the oldest civilizations of the world and being the capital of history, culture, arts, and science, Istanbul is now on the way to becoming the capital of finance with the International Finance Center project. The goal of the project is to create a center that will be the heart of the financial sector and to build a place that lives 24 hours a day. The Istanbul Finance Center project aims to raise the city to a position equal to the other important financial centers in the world. It is one of the largest investment projects in Turkey. Located within Ümraniye district of Istanbul, the project will be competing with the world's most important financial centers in London, New York, Singapore, Hong Kong, and Zurich. This huge project is being built on a total area of ​​3 million 200 thousand square meters. The financial size of the project is expected to exceed 3 billion Turkish Liras.

In the Istanbul Finance Center, which will consist of 4 regions, there will be buildings belonging to private institutions and audit institutions, banks, and buildings belonging to the finance center itself. Headquarters of important institutions are among these buildings. Besides, there will be residences, congress and cultural center, hotels, shopping malls, schools, mosques, police and fire stations in the project. The region will be an enormous economic asset area with both work and non-business life. Even in the first stage, the Istanbul Finance Center is expected to have a daily circulation of 90,000 people, including 11,000 residents, 50,000 working population, and 25,000 visitors. It is predicted that there will be around 150,000 additional employment in the following periods in the Finance Center, which will create its own economy with its cultural, social, and financial environment. The construction of the subway, which is planned specifically for the region, continues rapidly. This already increases the value of the region.

The value of the Istanbul Finance Center has increased by approximately 800 million TL in 15 months. This corresponds to an increase of approximately 30% in one and a half years. Experts predict that the region will gain 50% value in 2 years.

The location of the Istanbul Finance Center project will be close to the E5 and TEM highways. In addition, two separate metro lines will pass through or near the finance center. The project is aimed to be completed in December 2021.