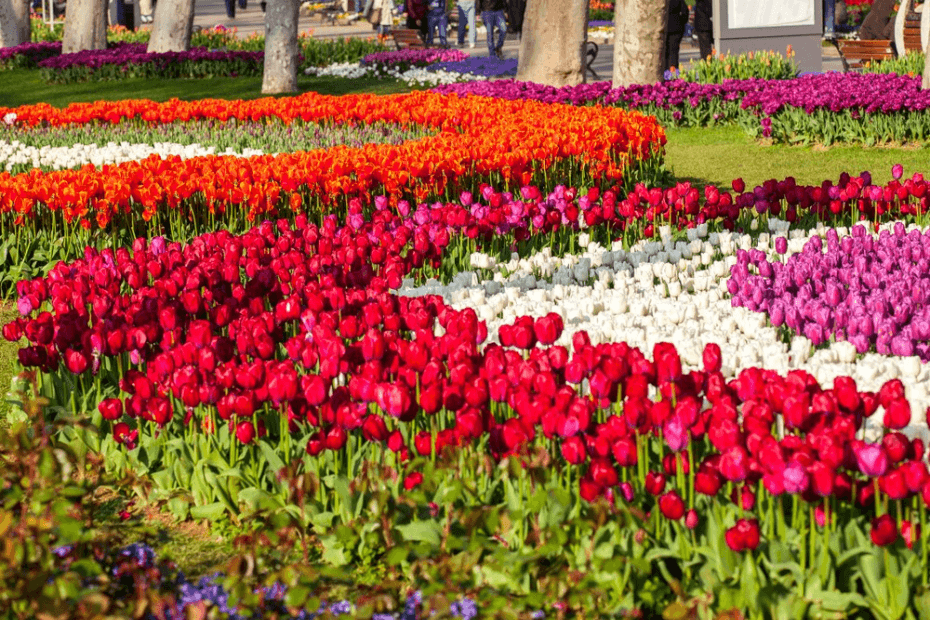 People prefer to spend their days or at least part of it when they need to get away from the exhausting tempo of the city, crowds and traffic, laying on the green grass with bird chirp and breathing oxygen. Dozens of parks in Istanbul welcome this need of people. Having the privilege to go after work, on weekdays or on weekends, makes the people of Istanbul lucky. Here are some of the fascinating parks of Istanbul…

Miniatürk, symbolized as a small model of the big country, is known as one of the most cultural parks of Istanbul. Arrivals are going to have a chance to see many masterpieces of Turkey. 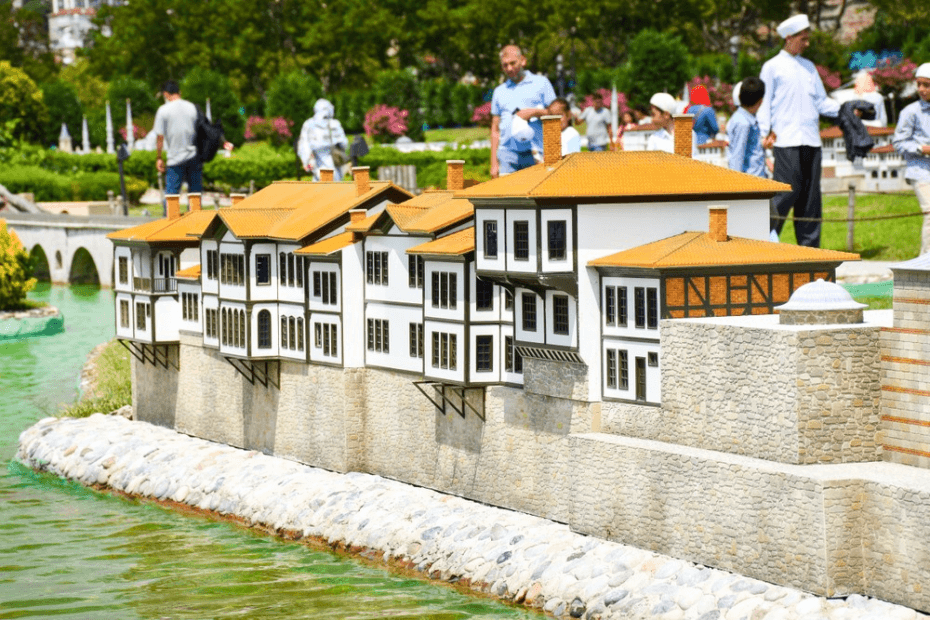 Visitors have the chance to have a spectacular tour of Turkey such as Topkapi Palace, Hagia Sophia, Istanbul Ataturk Airport and 15 July Martyrs Bridge; and Anatolian monuments such as Anıtkabir, Çanakkale Martyrs' Monument, İzmir Clock Tower; and it is possible to see works situated in abroad such as Mostar bridge, Ataturk's house and Ecyad Castle.

The Atatürk Arboretum is located in the southeast of the Belgrade Forest, serving the scientific research of Istanbul University Forestry Faculty students and faculty members, research institutions and local and foreign scientists. 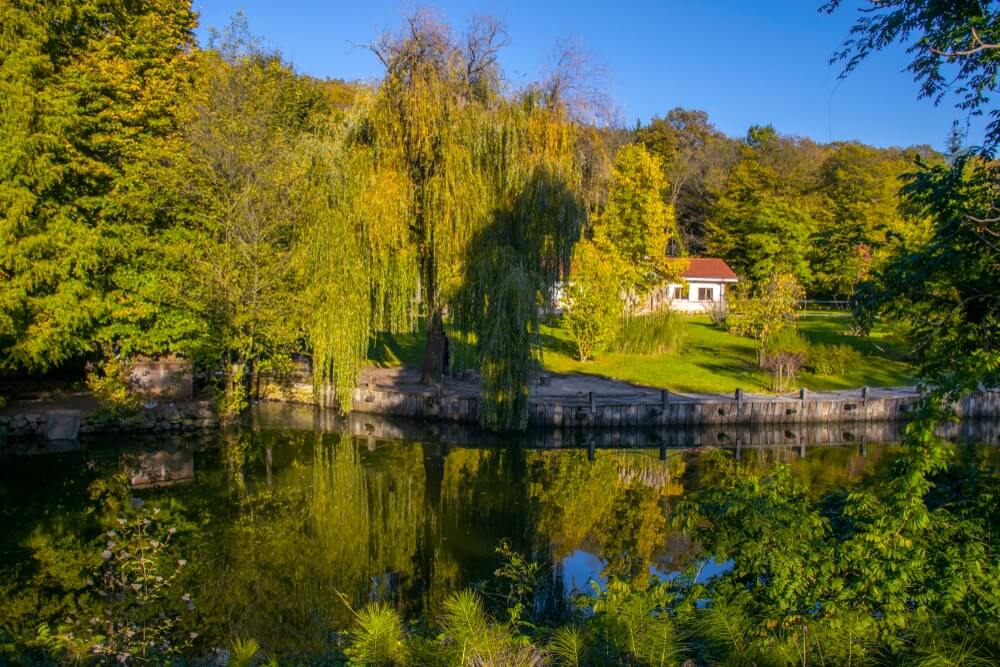 Arboretum, which is also open to visitors who want to leave themselves in the arms of nature, offers a charming environment where you can embrace a thousand shades of green by the lake.

Fatih Sultan Mehmet Bridge and 15th of July Martyrs' Bridge can be seen from the bird's eye view of the park with a unique sea. Mostly seen in series and movies, this landscape is visited by local and foreign tourists who want to enjoy Istanbul.

The park, which was used as a barracks in Old Istanbul, was later reintroduced as a place for public wandering with marble staircases, seating benches and well-kept lawns, adorned with trees, greenery and flowers. Along with the beauties of Gezi Park, Taksim Square was also arranged. The park, where local and foreign tourists do not go without seeing, is known for the Republic becoming the symbol of Istanbul.

The park, which is located on three acres of land in Emirgan, is famous for the Tulip Festival held in April every year. 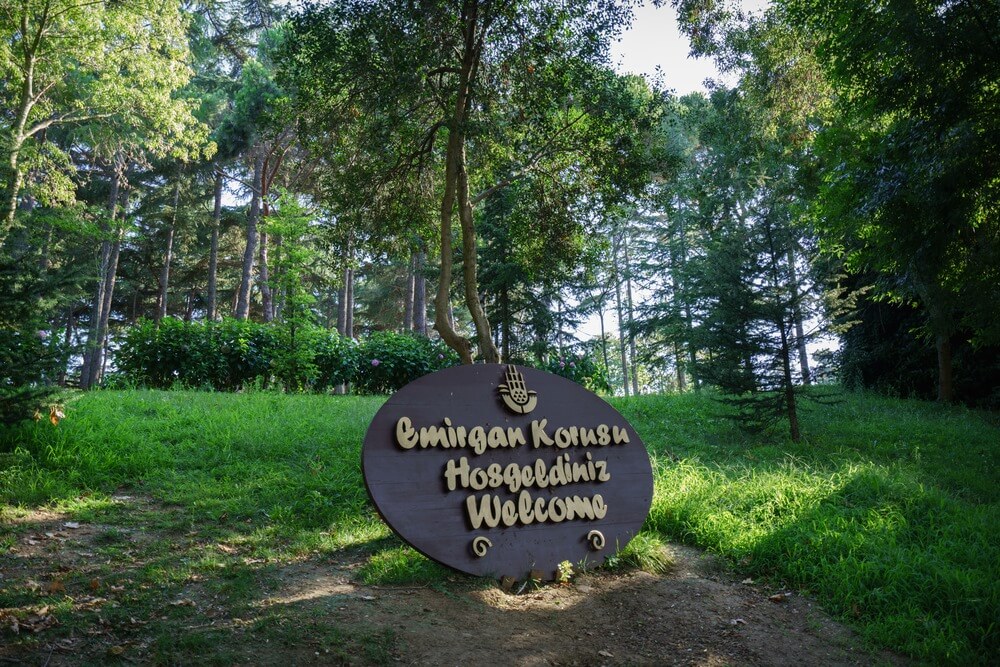 Preserving the most spectacular show of tulips, the grove is seen as a good opportunity to escape the chaos of the city. With its colorful flowers, trees embroidered with motifs and the Bosphorus view, the grove is one of the best green areas and forests in Istanbul.

Located between Sarayburnu and Sultanahmet, the park is among the oldest parks in Istanbul. It takes its name from the fact that it was used as an outer garden of the Topkapi Palace filled with roses during the Ottoman period. 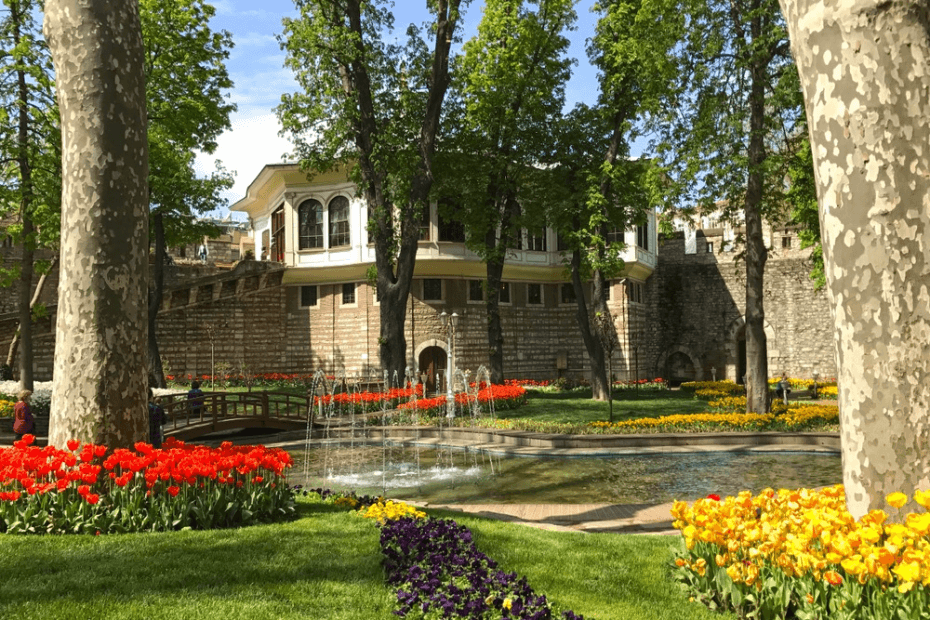 Gülhane Park is one of the most famous and the most abundant places in Istanbul. The park is easily accessible by tram and can be enjoyed under the shade under the giant plane trees. In autumn, it is another pleasure to walk on the road that has paved by yellow leaves.

Park is located in Maçka, providing a unique environment where people can get fresh air in the heart of Istanbul. 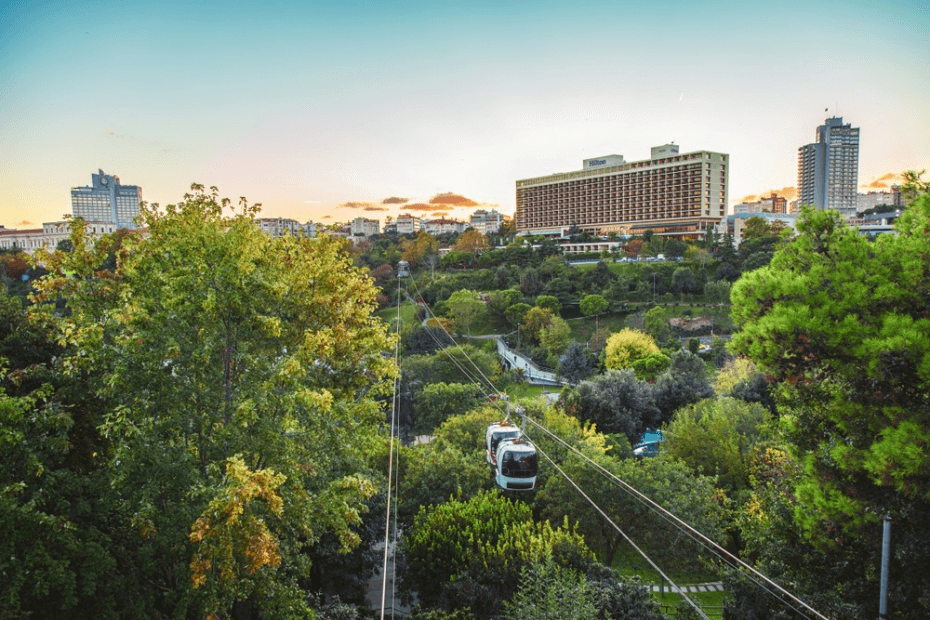 There are many kinds of trees such as linden, chestnut, poplar, plane tree, walnut and acacia in the park, which is not missing any visitors during the week and at the weekend. Here, you can do activities such as photographing, jogging, walking, picnic. The park, which connects the two campuses of Istanbul Technical University, is possible to be watched from Maçka-Taşkışla Cable Car line.

The park has been on the Asian side and has been serving since 2013 with its colorful aquariums, rose and tulip gardens, natural ponds, fountains and playgrounds designed for children. The park is located between Göztepe and Bağdat Street and the coastal road where people of all ages can enjoy.

The park, where visitors can relax and have a good time, is established on two and a half acres of land. It has 96 square meters biological pond and Far East Garden with one hundred different kinds of trees and eight different kinds of thousands of flowers. Life Valley, which has creeks and waterfalls, awaits its visitors with its cafeterias, statues, observation terraces, bicycle paths, battery-powered trains and sports fields.

The park is known as the biggest grove in the center of Istanbul. It was built by Selim in memory of his mother. 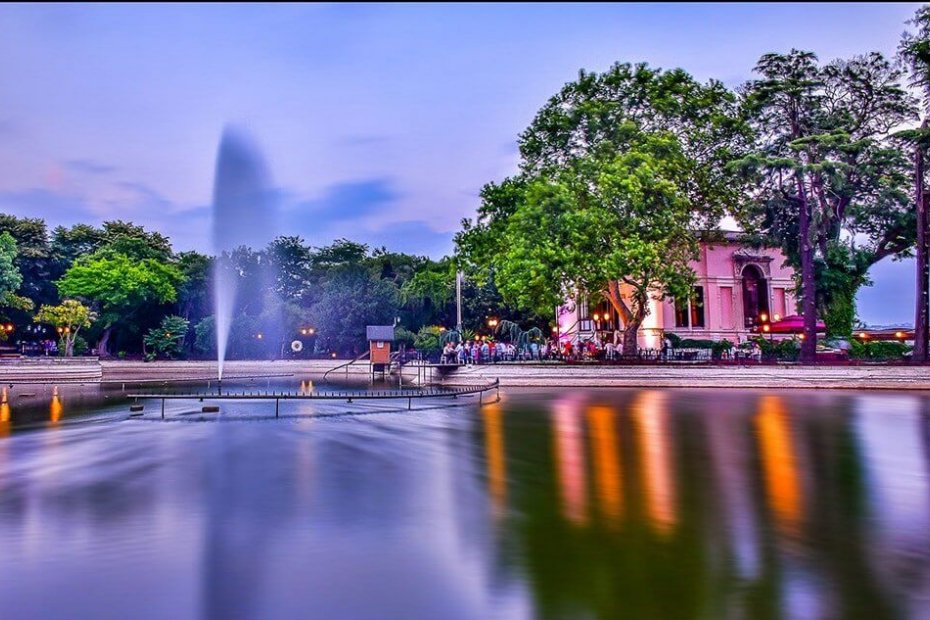 The park, which embraces Istanbulites with every shade of green, is located between Beşiktaş and Ortaköy. It is possible to have a picnic in the park, on the tables or on the lawn under the trees, which promises its visitors a magnificent nature. Lunch breaks are also available at the Çadır Pavilion, the Maltese Pavilion and the Kır coffeehouse. Yildiz Park, opposite the Ciragan Palace, only charges for car entrance.

With children's parks, jogging and cycling paths, sports fields with green areas surrounded by woods, amphitheater, pond full of animal sculptures and cafeterias, the park promises a perfect day for visitors. This corner of heaven among high-rise buildings can be reached by municipal buses departing from Fenerbahce.

Located in Bebek, a luxurious and rich neighborhood, people from all layers can enjoy the park with the magnificent Bosphorus. In the news of the magazine, the park is one of the most popular places in Istanbul as celebrities have pictures with their children in the park. Bebek’s home-made ice cream shops are recommended to try.

Located on the edge of the Bosphorus, the park is known as Kuruçeşme Park among the people. The park is full of people having picnics at weekends and has the oldest fish restaurants in Istanbul. Cemil Topuzlu Park also has a small park for children.

Located in a lush area by the sea in the city center of Istanbul, the park is full of cafeterias for those who like to enjoy a buffet breakfast at the weekend. 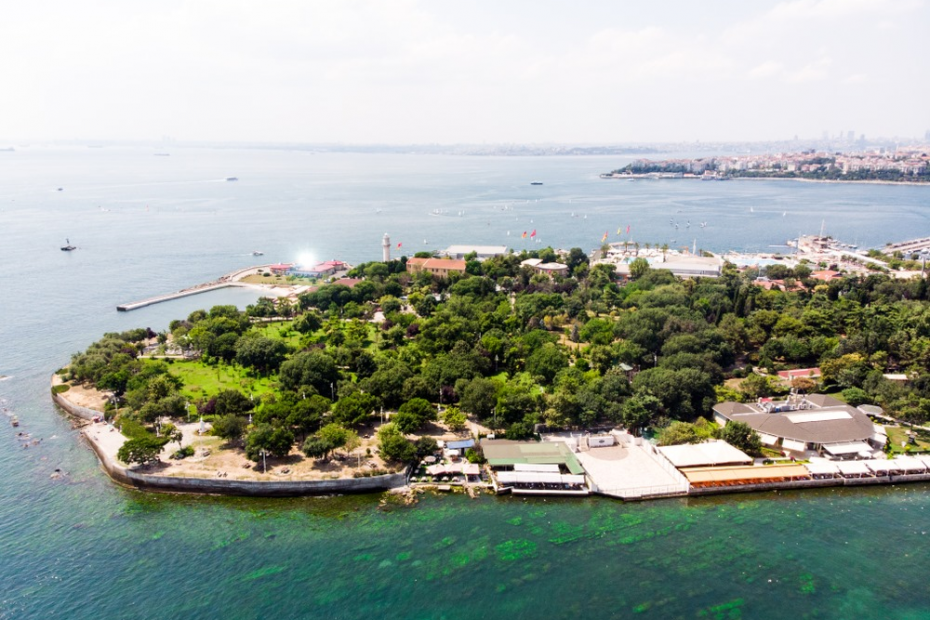 Easily accessible from the European and Anatolian side, the park is famous for its abundant cats and has a lot of visitors due to its location. It is also possible to have a picnic in this beautiful wooded area surrounded by sea on three sides.

At the heart of Ataşehir, the park stands like a paradise between buildings, and admits its visitors with its botanical gardens, picnic areas, ponds and children's parks. Nezahat Gökyiğit Botanic Park, which is more easily accessible from the Anatolian Side, offers Istanbulites the opportunity to escape to nature.

Located on the European side, the park has eleven thematic gardens, hundreds of trees, children's parks, Atatürk-themed sculptures, natural ponds, waiting areas built for migratory birds, ornamental pools, social facilities and picnic areas. The park is seen as a gift to Istanbulites and has Turkey's highest play tower.

Popularly known as the place Adapark, the park is known as the Turkey's largest park. The park, which includes an amusement park, a small lake, a zoo, a bowling alley, a car park, an amphitheater, picnic areas and cafeterias, is a place frequented by families especially in hot weather. The park, which has many places for breakfast, is also visited by those who come for hiking and sports.

Çubuklu Grove and The Khedive Pavilion

Located among the parks of Istanbul, near the Kanlıca, within the Çubuklu Grove, the Hidiv Pavilion provides an enchanting atmosphere for those who come with walking and jogging paths in wide grove covered with trees with pedigree. 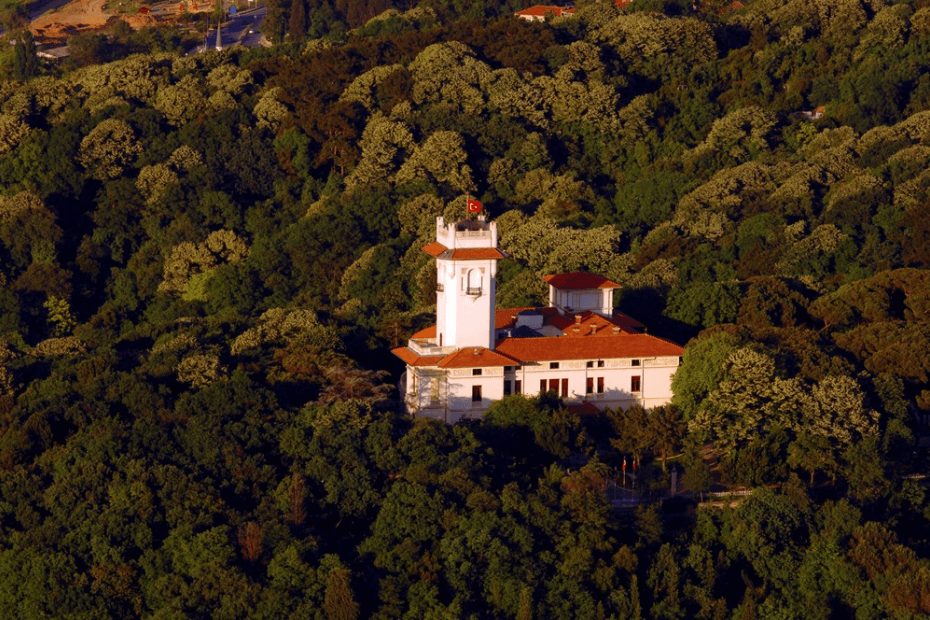 In the park, which is led by the historic fabric of the pavilion, there are cafeterias for breakfast with squirrels and bird chirps in the garden. Trekking among tulips and roses in spring, and leaves falling from noble trees in autumn is one of the most beautiful privileges of Istanbulites.

Mihrabat Grove, located on the ridge of Kanlıca, is considered to be one of the most beautiful parks of the Anatolian side of Istanbul. The grove, which has car parks, playgrounds, special organizing areas and cafeterias, has a three-kilometer hiking trail overlooking the coasts of the European side.

Poles are predominant in the village but there are different cultural reflections. The unique nature park promises the happiness of getting away from the stress of the city. The Natural Park, which hosted Mustafa Kemal Atatürk at the time, is also famous for its camp sites. Animals such as red deer, roe deer, wild boar, fox, owl, hawk, partridge can be observed in the park which is famous for its beauty.