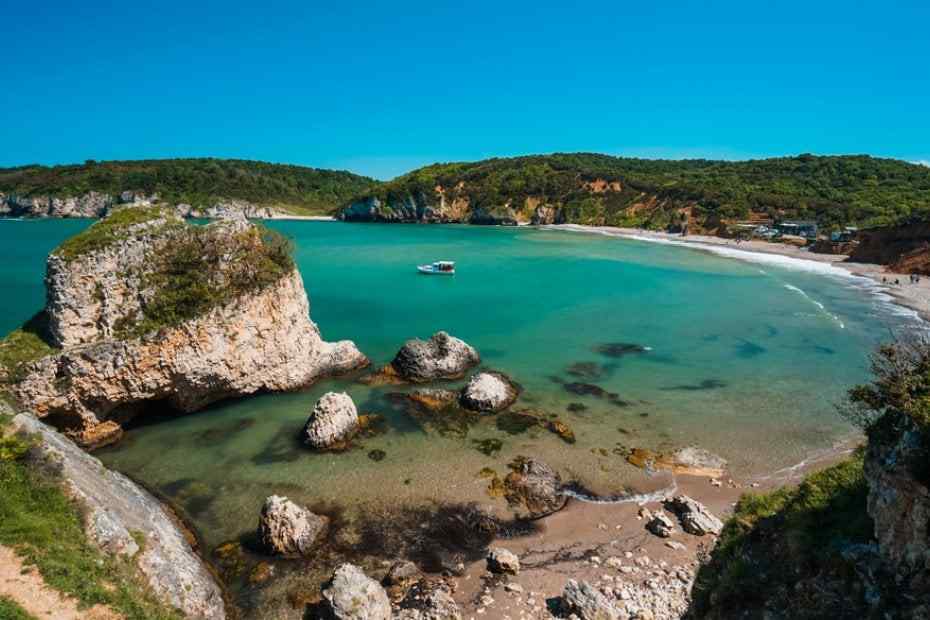 We cannot go beyond the word of Yahya Kemal Beyatlı, the author says, "Loving a simple neighborhood is worth a lifetime." When it comes to Istanbul, it takes a lifetime to go around the neighborhoods that reach from head to toe.

Whether they preserve the old texture or get mixed up to the present day, there are also villages that add a different meaning to the city. If you talk to someone who comes to Istanbul for the first time, the first neighborhoods you can think of may satisfy your curiosity: Çengelköy, Arnavutköy, Bakırköy, Yeşilköy, Kadıköy. Istanbul has hidden breathing spots for everyone and places of calm on the coast. 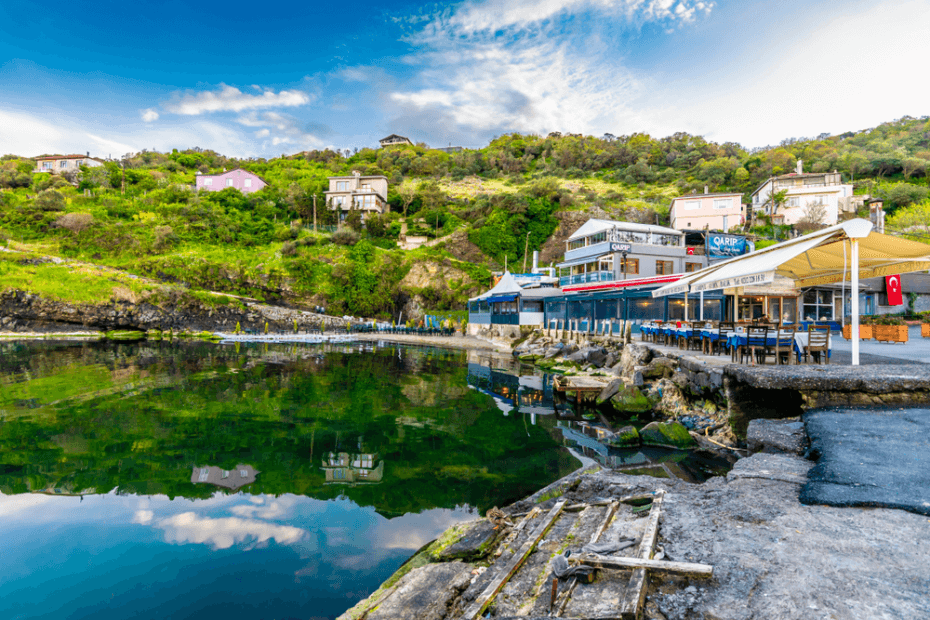 We don't need to go back far, it's hard to come across the oaks in Yeşilçam movies, lush hills and wandering chickens 30 years ago in Istanbul. The hills of Ortaköy, one of the neighborhoods where these movies were shot, have now embraced new living spaces. But that feeling, that neighborhood feeling is not very far in Istanbul.

Whatever qualities make these regions villages; they still remain in mind. For example, in the shopping square of Arnavutköy, who can forget the perfect scented strawberry you can smell on the other side? Aren’t the fresh almonds you see at the entrance of Çengelköy a sign of respect for the gardens? Like Çengelköy, while sitting on the seashore in Yeniköy, the person sitting at your side table sips tea, everything embraces people with the calmness of the region that is far from the city's uproar.

Districts whose names are Village

Although the names of districts ending in “köy (villages)’’ such as Bakırköy, Kadıköy, Ataköy, Karaköy and Yeşilköy are quite high, the city is very poor in terms of villages. Izmir has 595 villages and Ankara has 684 villages, while Istanbul has only 151 villages. 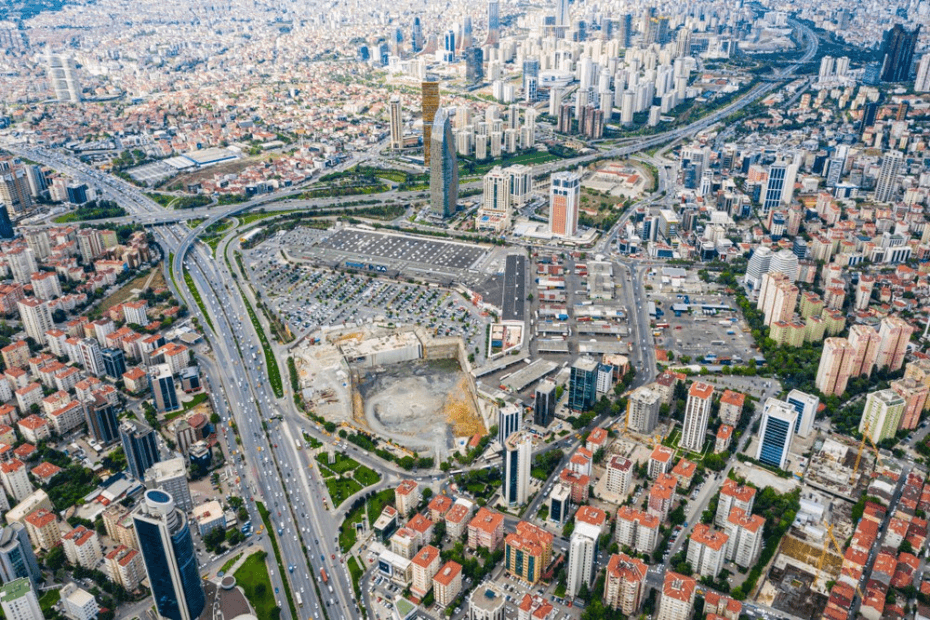 Many of the areas previously known as villages are now known as the districts of Istanbul. For example; Pendik, Avcilar, Kagithane, Ambarli, Basibuyuk, Arnavutkoy, Cebeci, Tuzla, Dudullu.

The Gate that Holds the Boundaries of the Bosphorus

Anadolu Feneri, which is almost inaccessible even after a certain hour due to its proximity to the city, is still a gateway to Istanbul's Black Sea. 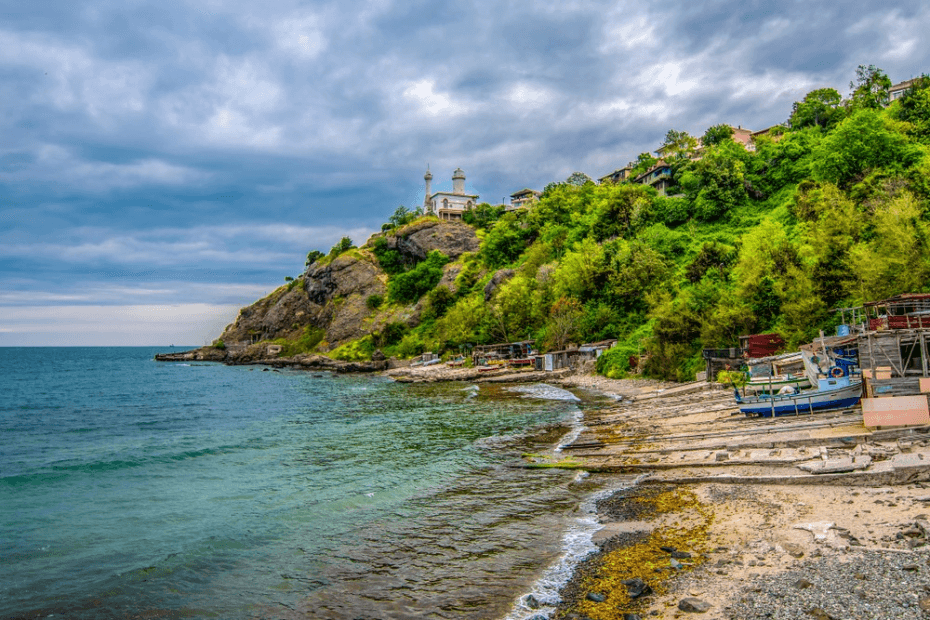 Anadolu Feneri, which is connected to Beykoz district in Istanbul, is reached by ferry and buses passing every hour. When you look at the old records, it is seen that the lighthouse was established in 1658 and the fish can be tasted in the restaurants on the banks of the Bosphorus. It is known for the Hamid-i Evvel Mosque and the citadel of the Genoese built by Abdulhamid II. in 1880. One of Istanbul's hidden breath points is Şile. Its villages are; Sahilköy, Alacalı, Sofular and Doğancılı. The distance from Şile to Istanbul is 70 kilometers. Forests make up 79 percent of Şile, which does not have many visitors in the winter, and is therefore visited by visitors during the spring and summer months. The severe waves of the Black Sea show their rage on the coasts of Şile, but they are still one of the few districts suitable for swimming in Istanbul. Poyrazköy, another district of Istanbul on the Black Sea coast, is one of Istanbul's hidden breath spots. Poyrazköy, which was formerly in the military zone, and although it is lagging behind in terms of agriculture and animal husbandry, it is in the opposite situation in the fishing sector. Poyrazköy coasts where there are too many fish, are also developed in fishing. The observation tower built in Poyrazköy in 1778 has a special feature. This watchtower was built by the French architect Baron de Tott by Captain Pasha Derya Algerian Hasan Pasha. 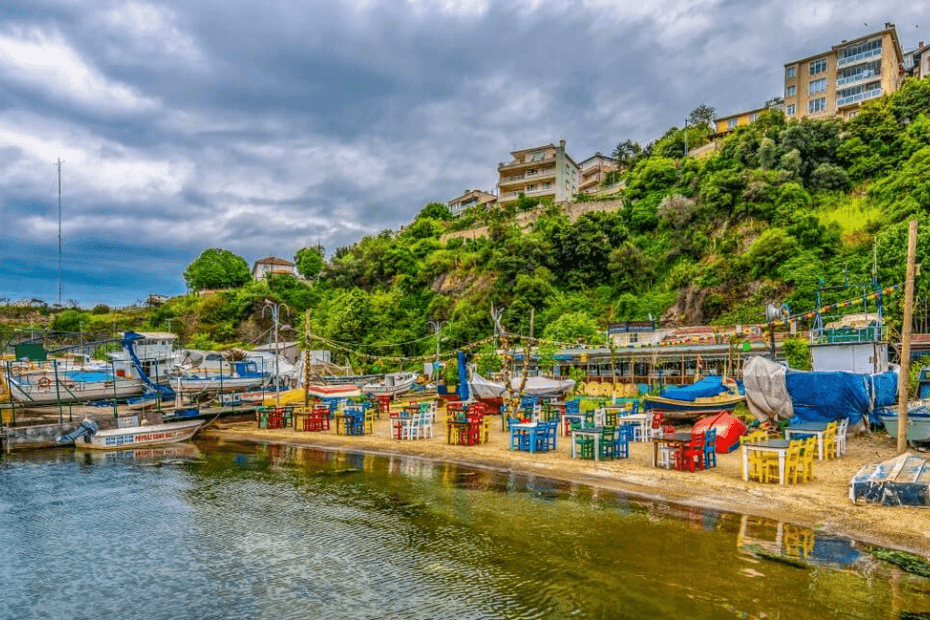 The Akbaba district, which is connected to the district of Beykoz of Istanbul, was established in the 1500s, as far as it is known, and its name is based on a rumor. According to this rumor, Ak Mehmet Efendi, who showed great devotion during the conquest of Istanbul, has a tomb in the village of Akbaba, but such a name is not included in the known records. Akbaba village is also neighbour to Poyrazköy and Anadolu Kavağı. Do not underestimate it as a village, baths and fountains and the Mosque of Can Feda Hatun built by Canfeda Hatun are known as the historical monuments of the village. Akbaba village has been famous for chestnut, white cherry and especially walnut throughout the history. The famous traveler Evliya Çelebi notes this as follows: people who are “lotus eaters’’ go to Akbaba sultan in cherry and chestnut times, set up tents there and carry out various conversations and carry out the activities called “chestnut and cherry fasil”. Noting that it lasted up to 2-3 months.

The Baklalı of Arnavutköy was a place where more than one type of bean was grown in the past. Previously, almost all the beans of Istanbul were met with this village. Nowadays it is a very different position. Now only beans are grown as a hobby. The village is estimated to have a history of 500-600 years. The main source of livelihoods of this village, which is dominated by Blacksea people, is known as agriculture and animal husbandry. Village people are mainly interested in corn, barley, sunflower and livestock. The flavor of the yogurt produced by the buffalers grown by the breeders is known by all Istanbul. It is known that the inhabitants of the village, who could not find work in agriculture as much as they used to, gained additional income by working in different industrial factories in Hadımköy. It is known as one of the first settlements in Kızılcaali which is connected to Çatalca. The dates in the cemeteries date back to the 1700s. How the first settlement was made is a rumor. Rumor has it that there are rumors that a family farm built by seven families from Karaman initiated settlement. Kızılcaali is almost Istanbul's flower garden. In an average season, 4 thousand flowers are grown and sent to multiple locations in Istanbul.

Calmness by the City

Gümüşdere, another village, is located in the central part of Sarıyer district and it is recorded as an old settlement. 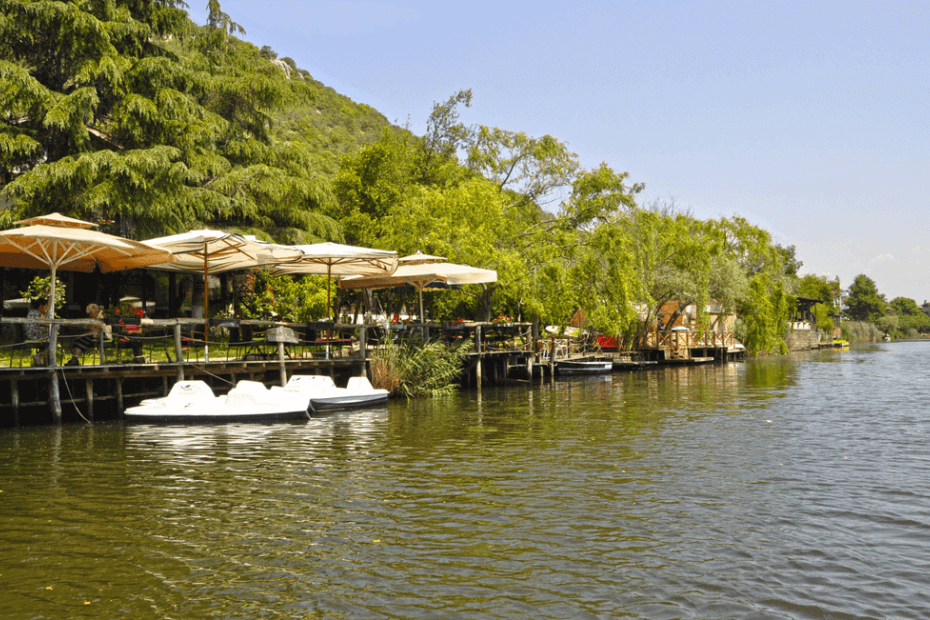 The first establishment of the village was carried out by the Greeks, but after the exchange, the Turks settled here and continued their lives. Gumusdere has a beautiful beach and natural beauties. One of the most important sources of livelihood of the villagers is gardening. The people living here have been engaged in agriculture since the day the village was established. After a while, Gümüsdere, which is able to meet the vegetable needs of Sarıyer and its surrounding districts, has been able to easily provide all kinds of vegetables grown during the season. The exact settlement is located in Ağva, which was established between Göksü and Yeşilçay streams. In Latin, Agva means “a village established between two streams ”. If we take the Black Sea account, where streams flow and fall, Agva is a village completely surrounded by water. Maritime people, sea bikes, sailboats, fishing boats and boats give a constantly moving image on the water. There are accommodation areas on both sides of the stream. Ağva, which is 100 kilometers away from Istanbul, has more than one cove around this beautiful village due to the creeks passing on both sides, and Değirmençayırı, one of the extensions of Göksu River, welcomes you with a waterfall. These villages, which have remained calm on the shores of a city like Constantinople, are still alive.