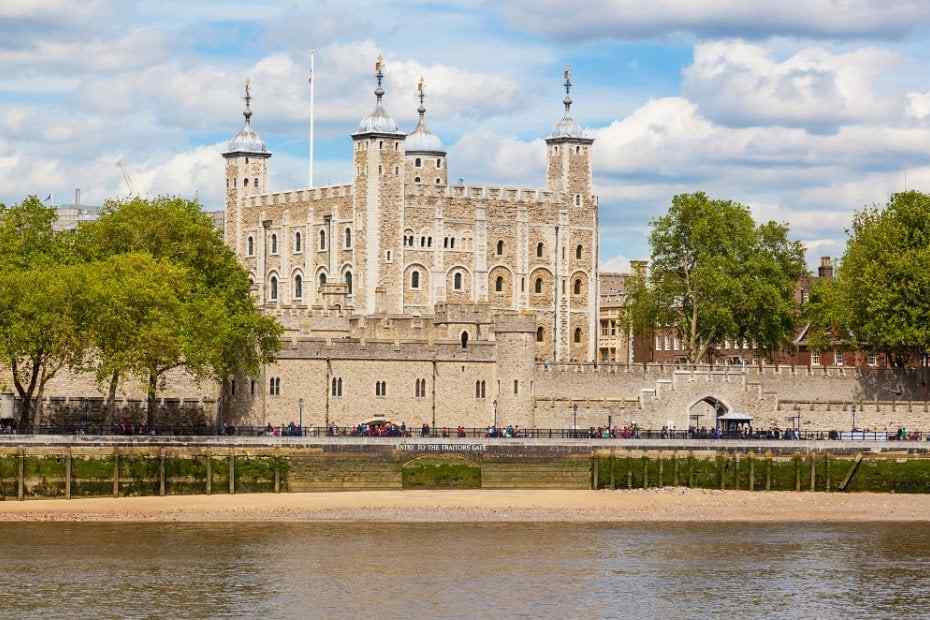 The Tower of London, sometimes known as the Tower, is a royal fortification and a famous London landmark. Its structures and grounds have served as a royal palace, a political prison, an execution site, an armory, a royal mint, a menagerie, and a public records office throughout history. It is situated on the north bank of the Thames, in the far western part of the borough of Tower Hamlets, on the outskirts of London's core city.

Following the invasion of London in 1066, William the Conqueror built the first fortifications. The Norman invader lacked support among the city's citizens, and he was afraid that they would expel him. "Some fortresses were erected in the city against the fickleness of the great and furious population," said William of Poitiers, an 11th-century historian who documented William the Conqueror and his conquests. These would eventually include the "White Tower," the castle's most profound structure, which was given its name after King Henry III cleaned the facade in the 13th century.

Torture and Well-Known Prisoners of the Tower

Throughout its history, the Tower has housed a diverse group of inmates, ranging from deposed monarchs to simple criminals. Lady Jane Grey, who was queen for approximately a week in the 16th century until being ousted by Mary I, was imprisoned. Two princes, Edward and Richard, ages 12 and 9, who were the sons of Edward IV, were also imprisoned (died 1483). They don't appear to have ever left the Tower alive, and some speculate that they were murdered by Richard III, their uncle who usurped the crown.

Guy Fawkes, a notorious prisoner, attempted to blow up the House of Lords and the monarch in 1605 by detonating gunpowder in the basements below. He was tortured and imprisoned in the Tower, too.

The crown jewels are now one of the Tower of London's most popular attractions. The crowns worn by the monarch upon his coronation and the opening of Parliament are among the valuable ones. The Tower also hosts an excellent armor collection, which is a gem in and of itself. A life-size wooden horse carved about 1690 and a suit of gold-gilded armor crafted for Charles I around 1612 are among the objects on display in the "Line of Kings," a show at the Tower that dates back more than 300 years.