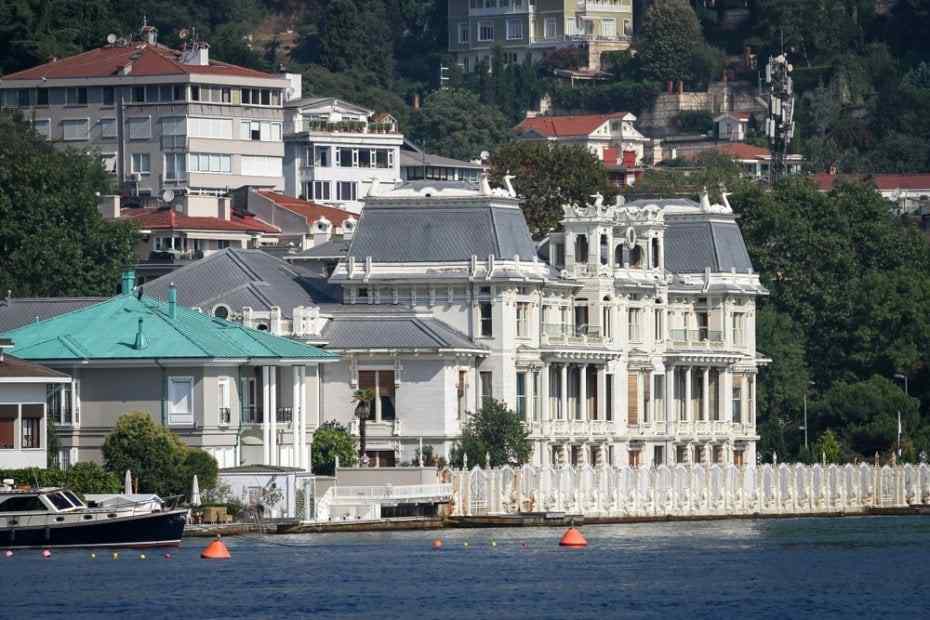 Istanbul pearls, which make the Bosphorus a corner of paradise and have the most beautiful shades of green behind them and the Sea of Marmara in front of them, fascinate those who see them with their prices and architecture. Burgundy-colored members of the state, light-colored Muslims, mansions in gray and shades of non-Muslim people built in the mansions, all the glory salutes the pass through the Bosphorus. Here are the magnificent mansions of Istanbul lined up like a pearl on the Bosphorus…

Tophane Müşiri Zeki Paşa Mansion, which is known to be more expensive than the islands, is one of the most remarkable mansions of the Bosphorus. It's built by French architect Alexandre Vallaury for Müşir Zeki Paşa in the second half of the 19th century, the mansion has twenty-three rooms each with sea views, eight bathrooms, four kitchens, a 4,000-square-foot garden, a lift and a 110-meter pier. Tophane Müşiri Zeki Paşa Mansion, one of the most magnificent coastal palaces of the Bosphorus, is known to be the seen like chateau.

It's built by the Grand Vizier Muhsinzade Mehmet Pasha in the 19th century and used by his family until 1920, the mansion is among the magnificent mansions of Istanbul. Muhsinzade Seaside Mansion is located on the coast of Kuruçeşme, on the Rumeli side of the Bosphorus. The waterside, which fascinates those who see it with its grandeur, was once known as one of the biggest buildings in the Bosphorus. It's sold by twenty-two heirs in 1980, this beautiful mansion is known to have been restored according to its old construction. This waterside, which is built from the ashes, serves as Les Ottoman Hotel, which is one of the most luxurious hotels in Istanbul. 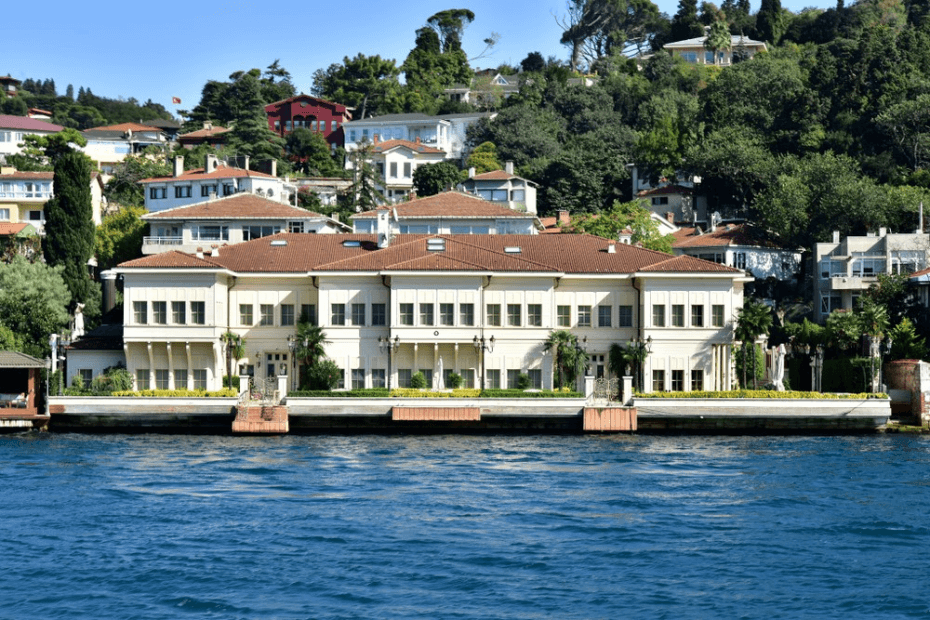 The date of the construction of Fethi Ahmet Pasha Mansion, which is known as '' Pink Waterside '' due to its color, is unknown. It is claimed that the mansion, located on the coast of Kuzguncuk in the Bosphorus, belongs to a little earlier than the 1700s. It is noticed that the revisions did not act independently from the old plan, but the architectural details and ornaments used the revised period's empire style. The construction of the two-storey wooden building is planned like the central hall opens perpendicular to the shore and its front opens to the sea, its back opens to the green grove. Coppice forest is still behind the mansion and is used as a public resting area under the name Fatih Paşa Korusu. 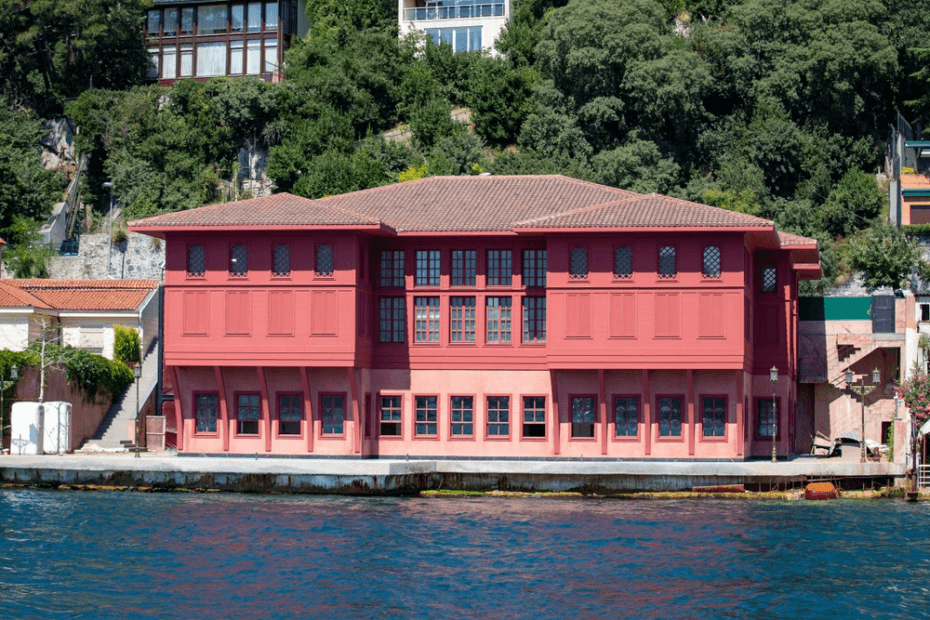 It is not known who built the mansion which was built in Üsküdar district of Istanbul in the first half of the 19th century. At the beginning of the 20th century, the Polish yacht purchased by Leon Valerien Ostrorog is known by the same name. This mansion has a hammam mirror with its garden inside the flowers and fountain dated 1882. Rahmi Koç of Turkey's most prominent businessmen purchased the mansion, which its hall can be entered with a sizable drop from the container yard. When the front and rear doors of Yalı are fully opened, the hall almost integrates with the woods behind it and the sea in front of it. The two-storey wooden mansion, which is one of the magnificent mansions of Istanbul, has fifteen rooms of various sizes. The ceilings of the rooms contain the best examples of woodwork. There is also a very rich library of mansions with antiques, Chinese vases and lamp. 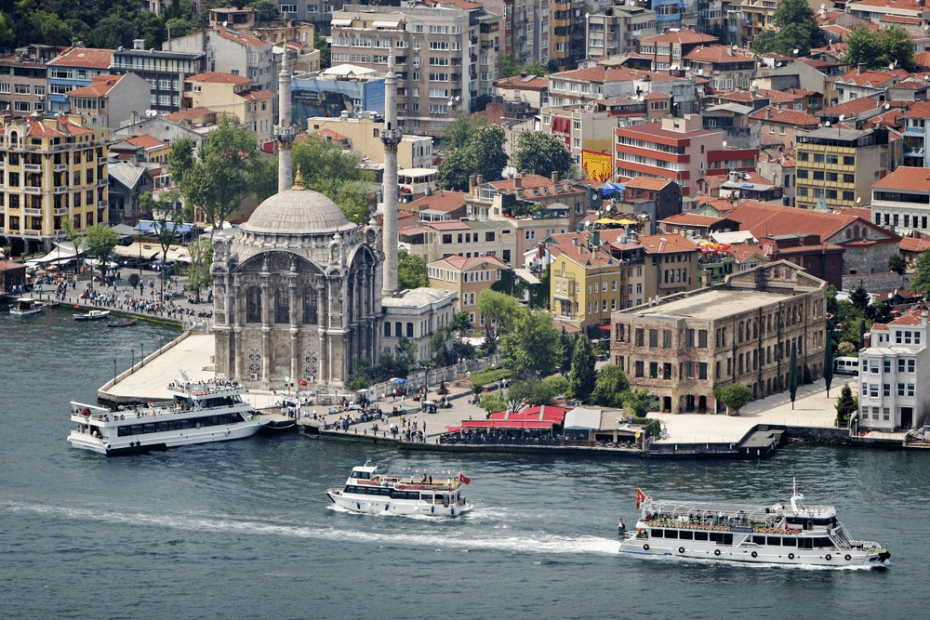 The mansion, built for Esma Sultan, the daughter of Sultan Abdulhamid I, who is said to have lived a very colorful life, is located in Ortaköy. It was built in the 1700s and it was known that it was used as a school in 1900 and later it was damaged because of a fire when it was used as a tobacco store. The mansion was restored in the 1990s and is now used for social gatherings and social weddings. 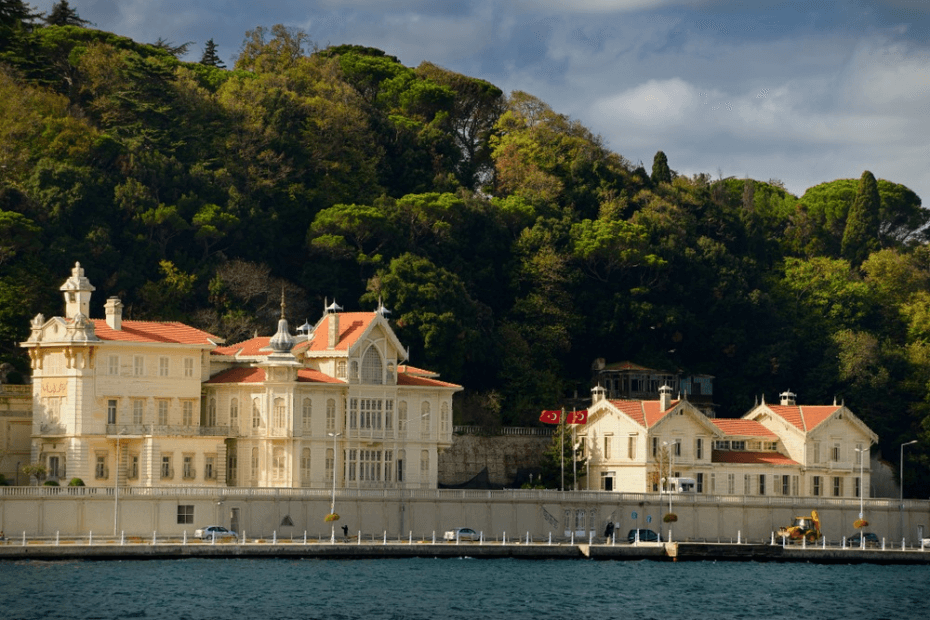 It is located in the Sarıyer area of ​​Istanbul, the waterfront is renowned for its garden and sculptures, which has one of the largest green areas on the Bosphorus. It is known that the lean belonging to the Huber brothers, who are the representatives of the arms factories in the Ottoman Empire, it was left unattended upon the return of the owners to Germany at the end of the Ottoman reign. The mansion, which was transferred to Notre Dame de Sion School by the people who bought the mansion after a while, which was used as a training center for many years. The mansion, which was turned into Presidential Summer House in 1985,which is known as a mix of Chinese, English, French, Italian, Acem, Arab and Ottoman architecture.

The first owner of the mansion which has one of the most popular districts of Istanbul is Ferendiz Hanım, the daughter of Koca Reşit Paşa. Today, the lean, which has been disconnected from the grove has a grove area of 17,500 square meters. It is known that the mansion was built in the neo-baroque style by Alexandre Vallaury, who was named after the second owner, Ahmet from Beirut. Years later, Turkey's best-known family Sabancı bought it a fairly high fee, structure which located between the magnificent mansions of Istanbul, and it was used in the shooting of the known from most popular series ''Aşk-ı Memnu'' and ''1001 Gece'' 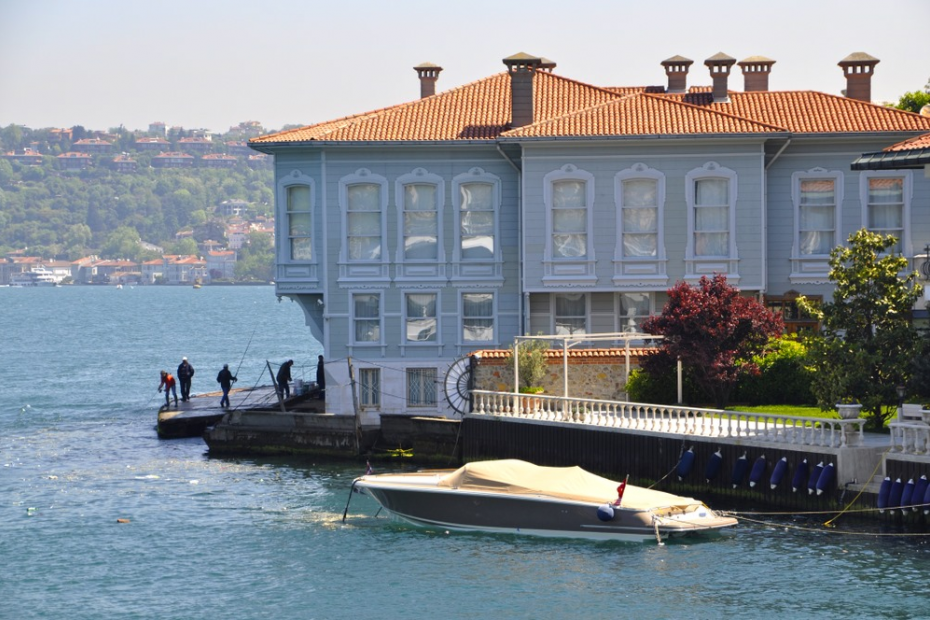 The mansion in Ortaköy is known as Gazi Osman Paşa Mansion. II. Abdulhamid Pasha, who was the hero of Plevna War in 1883, the mansion, which was given by him and it was later presented to Fehime Sultan, daughter of Murad V and it started to be named after him. Next to this mansion, Hatice Sultan Mansion, which stands out with its green color, it is dedicated to the brother of Fehime Sultan. The mansion, which was used as an orphanage, primary school and sports club for many years which, restored by DO&CO, a Turkish Airlines and aircraft catering company. Fehime and Hatice Sultan Seaside mansions are now serve under the name of Ortaköy Hotel.