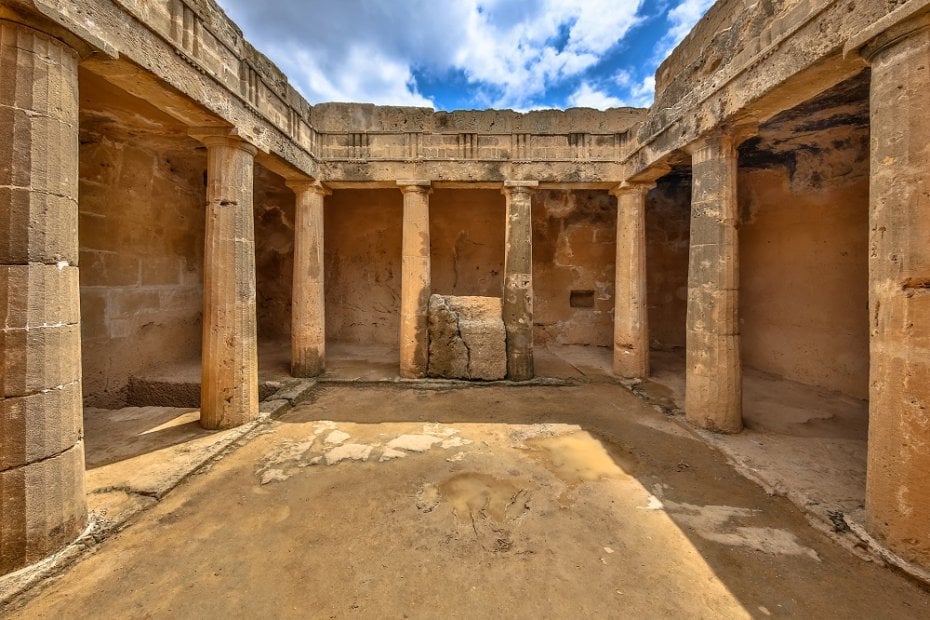 Situated in Nicosia, the main archaeological Museum of Cyprus is where it is possible to witness the traces of a long history of civilization on the island from prehistoric times to the early Christian period. Extensive excavations on the island have enriched the collections of the museum and brought Cypriot archaeology to the forefront of international archaeological research. Here the cultural heritage of Cyprus, such as pottery, jewelry, sculpture, and coins from the Neolithic period to the Bronze Age, Iron Age, and the Greco-Roman period, is cherished and displayed for everyone to enjoy. Star exhibits include the statue of Aphrodite of Soloi, a gold jewelry collection, and relics from the royal tombs of Salamis. The museum is a stop on the Aphrodite Cultural Route.

History of the Museum

The Cyprus Museum was founded in 1882 during the British occupation of the island following a petition by the Cypriot people. The petition was delivered to the British administration by a delegation headed by the religious leaders of both the Christian and Muslim populations. A major reason for this action was the smuggling of antiquities of the island. The most extensive of these had been carried out a few years earlier by the United States Ambassador, who had smuggled over 35,000 artifacts off the island, most of which were destroyed in transit. Many of the surviving items ended up in the newly formed Metropolitan Museum of Art in New York and are currently on display in their own galleries on the second floor.

On display in the museum’s exhibition rooms are major highlights of Cypriot archeology and history, as well as ancient objects that allow the visitor to take a glimpse into everyday life in ancient Cyprus. The Cyprus Museum annually hosts periodical exhibitions on many interesting themes of ancient life.

Every year the museum collection is updated with new archeological finds that reveal the history of the island’s civilization from its prehistoric times to the emergence of Christianity.

A Journey Through the History

The Museum building consists of 14 halls, where exhibited items follow a chronological and a thematic succession. Items on display include ceramics, jewelry, sculpture, coins representing all the mints of the Cypriot kingdoms as well as the mint during the Ptolemaic rule on the island. A series of objects like tools, stone vessels, and figurines from the human presence on the island during the Neolithic and Chalcolithic periods as well as the first evidence of worship on the island can be seen. Other rooms of the museum are dedicated to a rich collection of pottery from the Bronze Ages to the Roman period while hundreds of clay figures and statues can also be visited.

The Museum also has a research library, whose collection focuses on the historic and archeological studies of Cyprus.

Why Invest in London Property?

What Type of Loan is Best for Investment Property?

The Richest Neighborhoods in Toronto