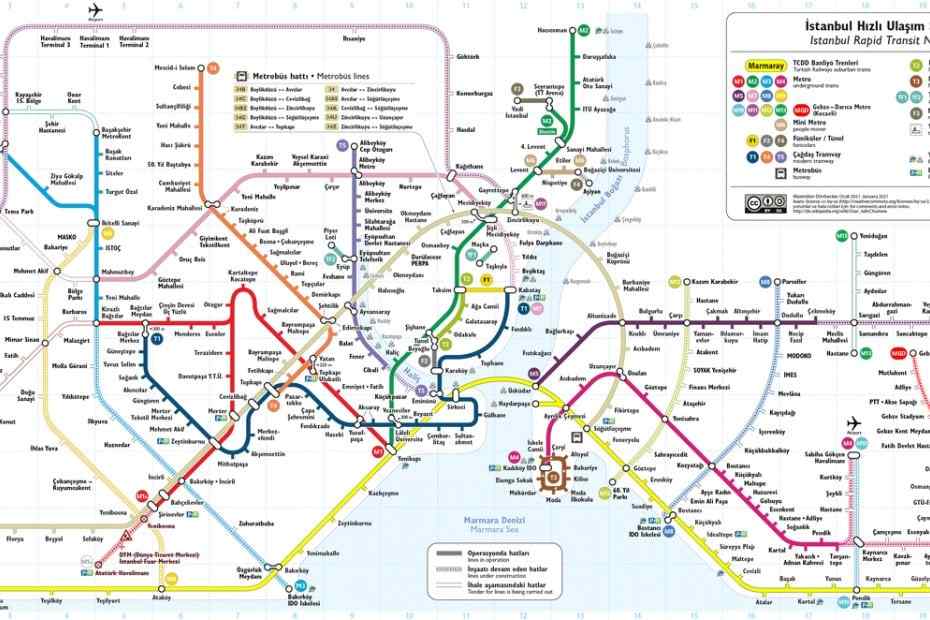 Being one of the most important metropolises in the world with its geographical, historical, and cultural richness, Istanbul has a developed metro network.

There are 259,85 km long urban rail system operations throughout Istanbul. Providing service to more than 2 million passengers every day with 15 lines of 181,05 km in the total system, Metro Istanbul is among the exemplary brands in the world with its service quality. T1 Kabataş-Bağcılar Tram Line, operated by Metro Istanbul, has been chosen as the best practice in the world in meeting high passenger demand by the International Public Transport Association.

With the acceleration of rail system investments and the commissioning of new lines, Metro Istanbul is expanding its service network and quality with a passenger-oriented approach. Metro Istanbul, which offers fast and effective transportation services, constantly improves transportation technologies, continuously invests in R&D and human resources, continues to work with the aim of carrying Istanbul to the future.