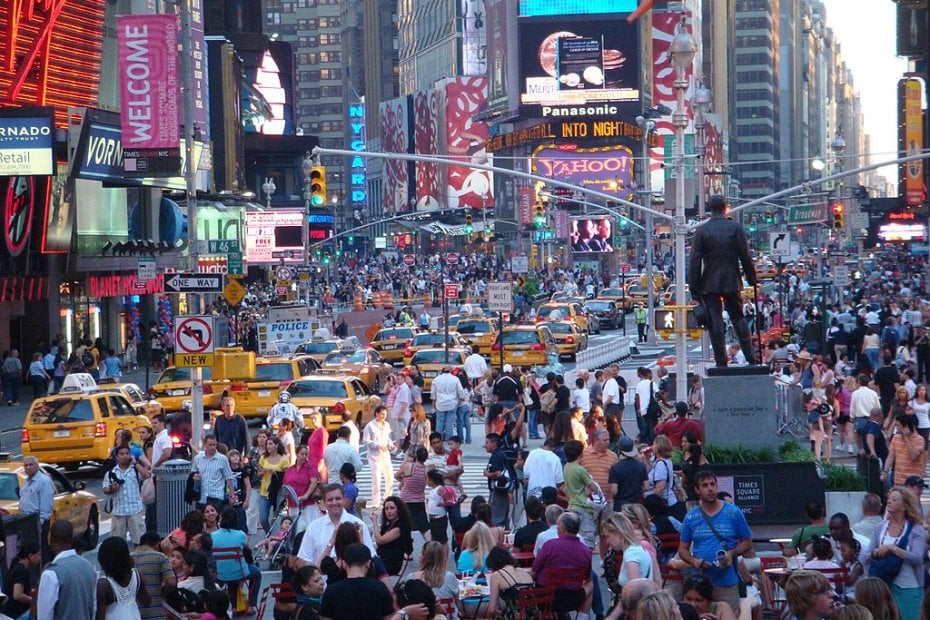 The United States of America consists of 50 states. It is the third most populous country in the world after China and India. The USA census is conducted every ten years by the United States Census Bureau, a government agency.

Billions of dollars are allocated from the federal budget each year for hospitals, fire departments, schools, roads, and other resources, based on census data. The census results determine the number of states’ representatives in Congress and are decisive in drawing the boundaries of constituencies.

New York City is the centre of the New York metropolitan area. This city is the financial, cultural, transportation and production centre of the country. More than 40% of the population of New York is Catholic, 30% Protestant, 5% Jewish, 3,5% Muslim, and 1% Buddhist while 13% do not belong to any religion.

The city was built on one of the world’s largest natural harbours. It consists of 5 boroughs. These 5 boroughs - the Bronx, Brooklyn, Manhattan, Queens, and Staten Island - were merged into one city in 1898.

Wall Street, where the heart of the financial world beats, is located in the Manhattan district of New York. New York Stock Exchange, Statue of Liberty, Broadway street are in this city. In addition, John F. Kennedy International Airport, one of the airports carrying the most passenger traffic globally, is also in New York City. In addition to these, the city has the most valuable art collections in the world, such as the Metropolitan Museum of Art, the Museum of Modern Art, the Guggenheim Museum. The New York Times, one of New York City’s newspapers, is one of the most respected newspapers in the world. ABC, CBS, and NBC, USA’s three major television channels, are headquartered in New York.

Although English is the most widely spoken language in New York, there are areas in outside districts where 25% of people speak English as an alternative language and/or have limited or no English. There is a wide variety of income among New York City residents. Many people from different backgrounds create the colourful structure of the city.

Top 10 Countries Preferring to Purchase Property in Turkey in 2020