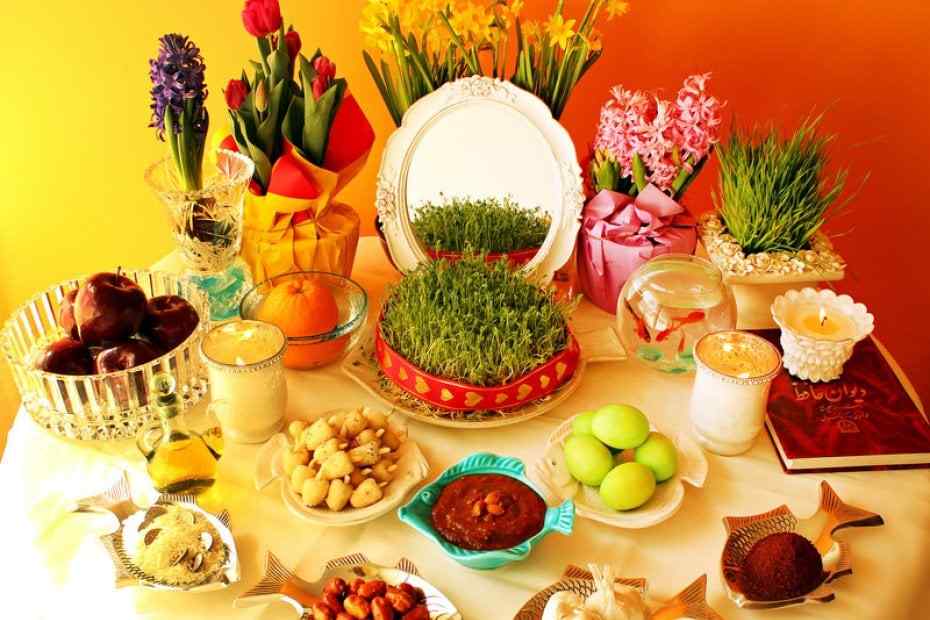 Nawruz is celebrated every year on 21 March. It is met with great enthusiasm in many countries, including Turkey. Nawruz has the meaning of the word new day and new spring. Nawruz symbolizes the arrival of spring. The roots of Nawruz go back to ancient times. Nawruz, a feast of Iranian origin, has affected all Turkish countries.

Nawruz has been celebrated for 3000 years. Nawruz's first written work is based on 2. century. According to the Iranian calendar, Nawruz, which is the first day of the year, has an enormous impact on the Middle East region. Nawruz, which is declared as World Newroz Day by the United Nations, draws attention with its Persian origin. Every 21 March is officially celebrated.

Nawruz, which is celebrated as a holiday, is a very special day for Zoroastrians and Baha'is. It has been observed that the origins of Nawruz feast have changed. In the Kurds and Iranians, Nawruz is associated with the mythological element Kawa. It is remembered by the Turkish peoples with the Ergenekon (legend of legendary native country of Turkish). Although Nawruz is described or celebrated in any way, it symbolizes the arrival of spring and the revival of nature.

Nawruz means new day in old Persian. It has the same meaning in today's Persian. If Nawruz is considered in detail, ''nev'' means new and ''ruz'' means day. Although the date it was first seen in the written records was 2.century, it was found that gifts were given to Nawruz and Persian Shah in much earlier periods.

Nawruz is also written like Nouruz in Persian. It goes back 15,000 years. It is thought that it was started by the famous Persian King Jamshid. Nawruz celebrations emphasize the effect of seasons on life in ancient times. In such a way that life stops in winter and begins the arrival of spring. Life starts again and nature renews itself. Special celebration are made upon the revival in nature.

Nawruz is ancient for the Iranian people. It is celebrated in the country for 13 days. The festival, which has been celebrated by the Persians for 3000 years, is the 1st of Ferverdin in Iran. It symbols the arrival of spring. Iran has blended Zoroastrianism with Islamic symbols and carried Nawruz to the present day. Nawruz celebrations last a week. On the last Wednesday of the month before Nawruz, the month of Isfend, is known as Carsanbe Suri which means Wednesday Fire or Red Wednesday. The famous ritual of jumping over fire also takes place these days. Nawruz festival is an important rituals for shopping, buying new clothes and spring cleaning.

This rituals are applied by people of Iran living in Turkey. Although it is a cultural heritage of people of Iran, it is very important for the Persian people.

Turkish civilization is inconceivable without Iran the same way Turkey is inconceivable without Iran. The traditions, languages ​​and religions of the two cultures are numerous. There are many words from the Persian language in the Turkish language. Words aren't numbered and in total form a dictionary. The role played by Persian words in the developments in Turkish literature is quite important. It was influenced by both the ancient Iranian art and Iranian poetry. trade has been going on for many years between two complementary peoples. Improved Persian was spoken in the Middle Ages in today's Central Asia region, which was shown as the place where Turks opened up to the world. This improved Persian has left strong Iranian influences in the Turkish civilization even in the pre-Islamic period.

Turkey is a country that meets all the nations with tolerance. The high number of investment and real estate opportunities in the country is also an important factor that attracts Iranian attention. Foreigners are showing great interest in Turkey, mostly Iran citizens. Since 1979 the number of Iranian nationals settled in Turkey is 2 million. Turkey, a new home becomes for the Iranians, thanks to high standard of living. Iranians are moved in Turkey where citizens to better health systems, better quality of education and remark more Investment Opportunities. Iranians who want to establish a business here are satisfied with the country's easy and fast paperwork process. The young people came to our country from Iran, think there are many job opportunities that is very varied and extensive in Turkey. The 1979 revolution was the first reason for the massive migration from Iran to our country. In recent years due to the economic downturn experienced in Iran, Iranians prefers to Turkey. Reliable economy in Turkey, providing easy loans to Turkish banks also attracted to invest here by Iranian citizens. The increase observed in recent years at least 25% of Iranian citizens who immigrated to Turkey is the first preferred enchanting city which is Istanbul.

Iranian investors mostly invest in the ruling districts of Istanbul. The Iranians mostly choose green areas such as Zekeriyakoy and Beylikduzu for living. In particular, 40% of the families involved in the Fema Garden project in Zekeriyakoy are Iranians. There is density in newly developing regions for investment, especially in Esenyurt. The project that attracts the most attention of Iranian investors in Esenyurt is Aris Grand Tower with its magnificent height of 162 meters. The offices and shops in Aris Grand Tower are among the most preferred projects for Iranian investors who want to start a business. Other regional preferences for Iranians who prefer Istanbul are the capital city Ankara, followed by the famous holiday cities of Bodrum and Antalya.

Nawruz met with great interest in Turkey like It is met with great interest every year in all Turkish countries. The 21st of March witnesses spectacular views of the celebration. Happiness is at the forefront of this special day. Celebration ceremonies change from region to region. Nawruz festival, which has become the fraternity, also sees the same values ​​and interests of all the countries celebrating Nawruz in Turkey. Families, friends come together and celebrate Nawruz together. Jumping over Nawruz fire is a symbolic tradition. Nawruz, which was celebrated in Turkish societies for centuries, also attracted intense interest during the Ottoman period. In the Ottoman Empire, only a paste called Nevruzziye was made and distributed to the people. It is said that ''Happy Nawruz'' to celebrate Nawruz. It is celebrated under the name of sultan Navruz in some regions. Nawruz takes place on 22 March. According to popular belief there is a beautiful girl called Sultan Nawruz. The night that connects March 21 to March 22 she passes from west to east. Another superstition depicts Nawruz as a flying dervish disguised as a bird. It is believed that the wishes of the people who were awake while passing Sultan Nawruz on the night of Nawruz will be true. In some villages Nawruz is celebrated as Winter Done Day. On Nawruz night, young people make wishes and it is believed that these wishes will come true among the people. In March, Nawruz, also called March harvest, is skipped over the old mats by saying ''March is in and flea is out''. Nawruz March Yarn is also celebrated in the plateaus in the Taurus Turkmen.