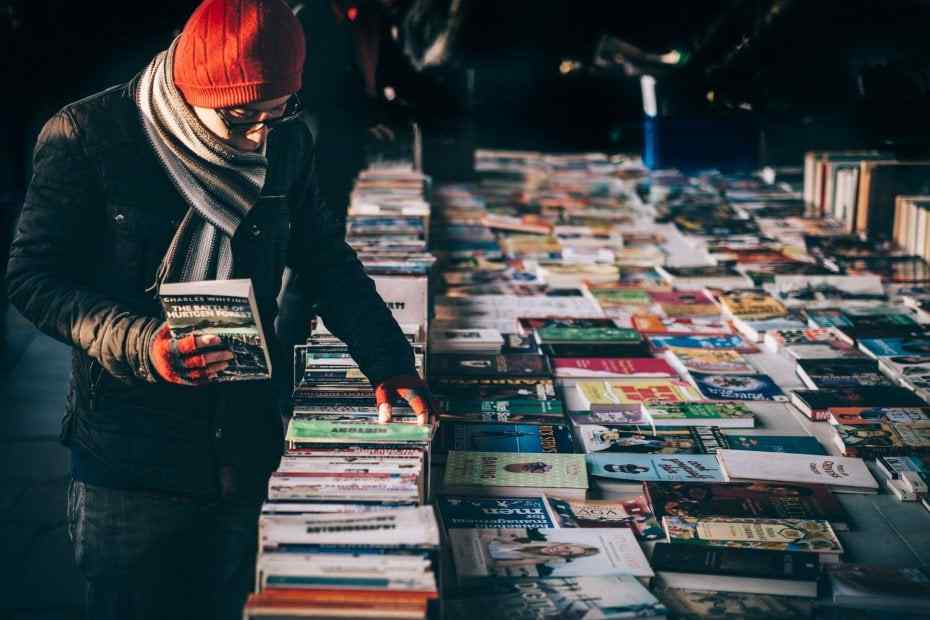 Turkey, from the ancient Greeks to the Romans, is hosted rooted civilization up to the Byzantine to the Ottoman Empire. Turkey, with its rich history and culture, sea, good-sized little more than beach and sun. The story of Turkey; After the wreckage of the Ottoman Empire, which spanned three continents, multi-national and multi-faith, Atatürk began with the declaration of the Republic in 1923. When setting up the new republic Ataturk ''come out on top of embracing civilization level'' lays down the objectives and today Turkey is progressing rapidly in this way. Not only visit Turkey to recognize, you need to have basic knowledge of general culture. Here are the books that should be read to get to know Turkey better... 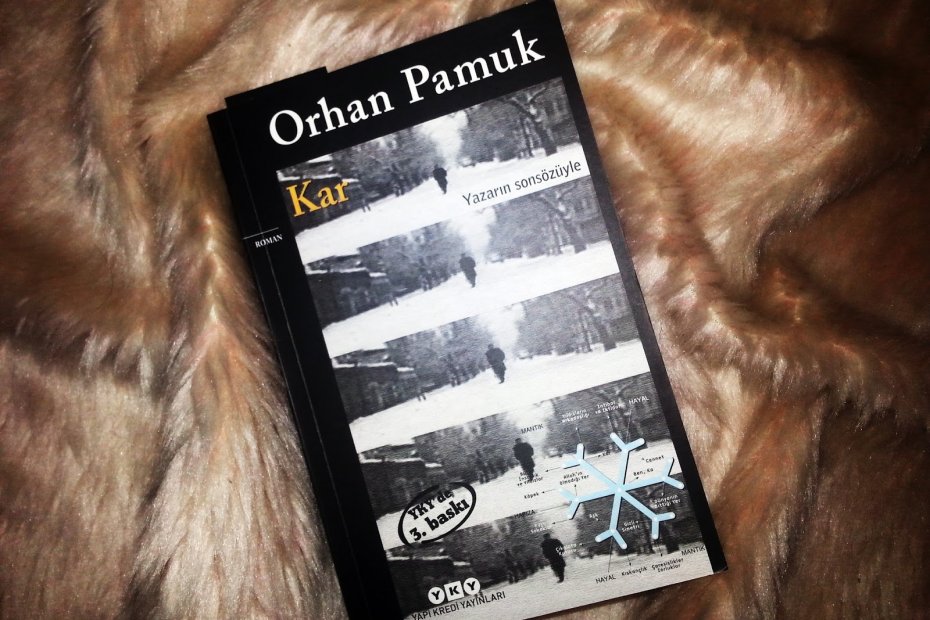 Orhan Pamuk's novel Snow, Turkey is reviving one of the major developments in the country's history, creating a small model air theater. Roma now constitute the city of Kars, Turkey is a sample. Pamuk discusses the political and administrative situation of the country in the 1990s through Kars. Accordingly, the city is experiencing all the problems that country is experiencing. Especially located between the East and the West is the story of the search for identity in Turkey. Kars, breaking away from Turkey due to the continuous snow for months. According to the author in Turkey it is breaking away from the world buried in a similar manner to the internal problems from time to time. The Snow novel was published in 2002 by the US newspaper The New York Times as one of the top five novels of the year. Orhan Pamuk is based in Sweden, the Nobel Prize for Literature in 2006, citizens of the Republic of Turkey is considered as the first winner of this award. 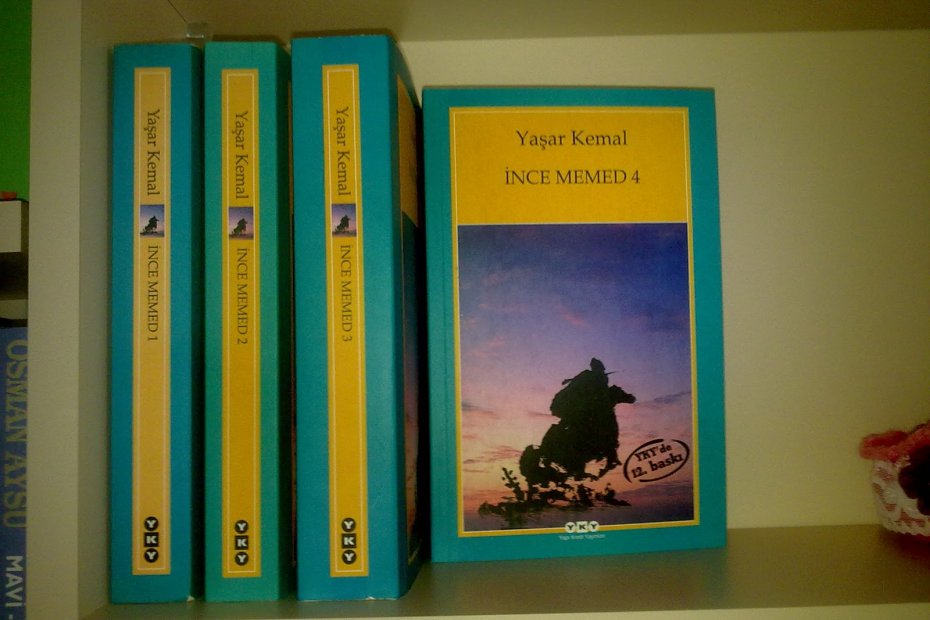 Yaşar Kemal's İnce Memed novel, written in the 1920-1930s, is the apple of socialist realistic literature eye. The author depicts many regions of Anatolia to its readers through the Çukurova and Taurus Mountains. In the story of Ince Memed, where the oppressor and the oppressed side, the master and the peasant conflict are clearly seen in the village life of Anatolia, the reason of social conflict is revealed. Ince Memed revolt is considered a symbol of the troubles experienced as a result of the suffering of the weak against the strong. Ince Memed, written in a thirty-two year period, consists of four chapters. It has been praised by many critics for his portrayal of the public and his richness of detail and quality of Russian literature. 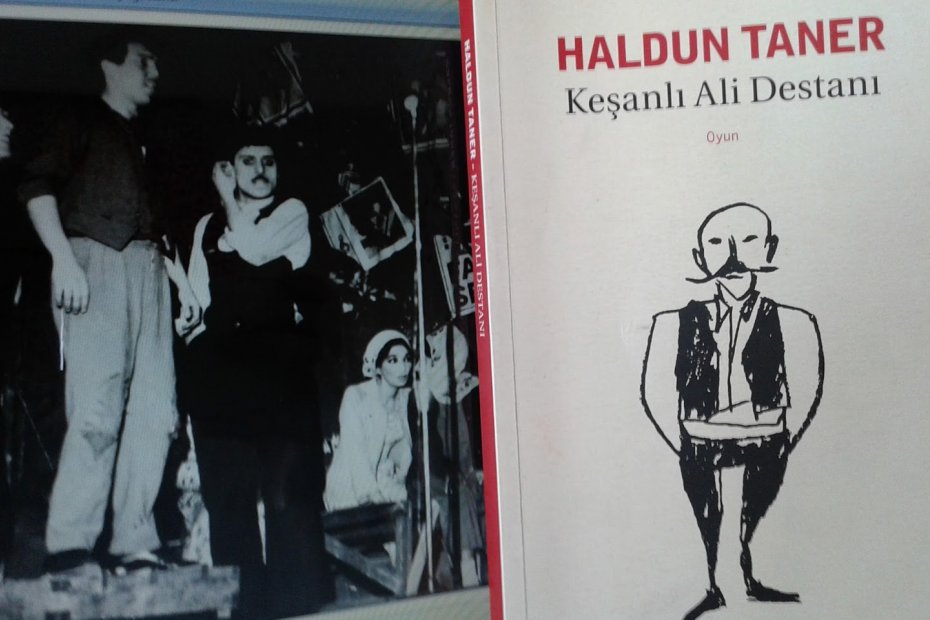 Haldun Taner is known as a master who has brought the Turkish theater to universal dimensions. Kesanlı Ali Epic play, which implements epic theater for the first time in Turkey is considered as the first indigenous music and plays. At the same time, he uses Turkish theater's light comedy, meddah, Karagöz spectator plays and the elements he takes from the tulle by fusing them in a contemporary understanding. The play; in the 1960’s Turkey, this is the period when the landless villagers were moved to the cities with the arrival of agricultural machinery, but the slums were formed because the industry did not develop. When the play staged, it has been sell-out for months, is translated into many languages ​​and transferred to television and cinema while being staged in other countries. 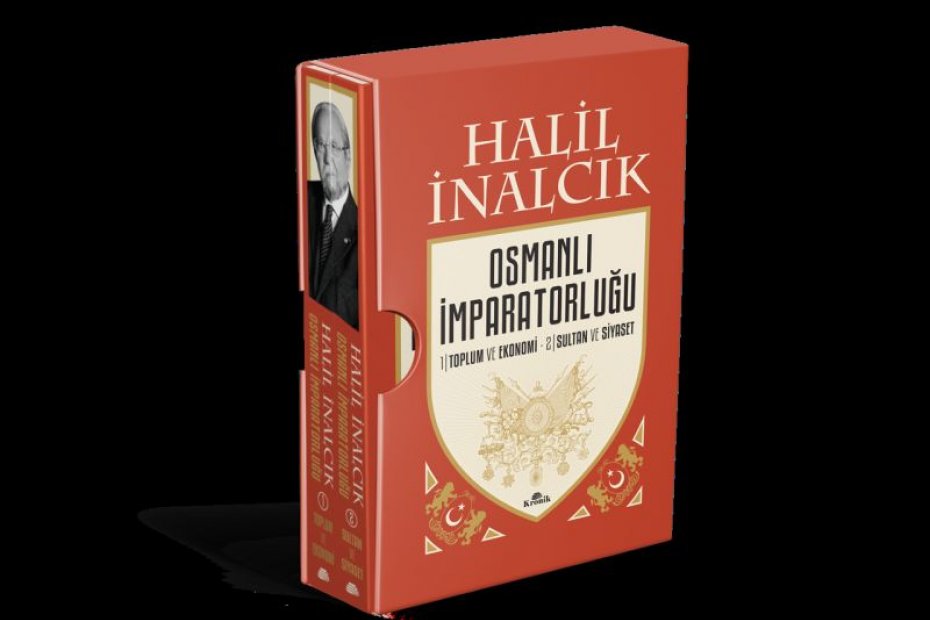 It is written by the famous Turkish historian Halil İnalcık, known as the Pole of Historians. In 1973, the book "The Ottoman Empire The Classical Age 1300-1600" was published in London. This book, which is the bedside book of many Ottoman historians, deals with the classical period institutions of the Ottoman Empire between 1300-1600. It is translated into many languages ​​including Serbian, Greek, Romanian, Albanian, Arabic and Ukrainian. The book examines the transformation of the Ottoman Empire into the most powerful state of the Islamic world from a border principality. In this context, the management system and decision-making mechanisms, economic and social life and religious and cultural life are handled. 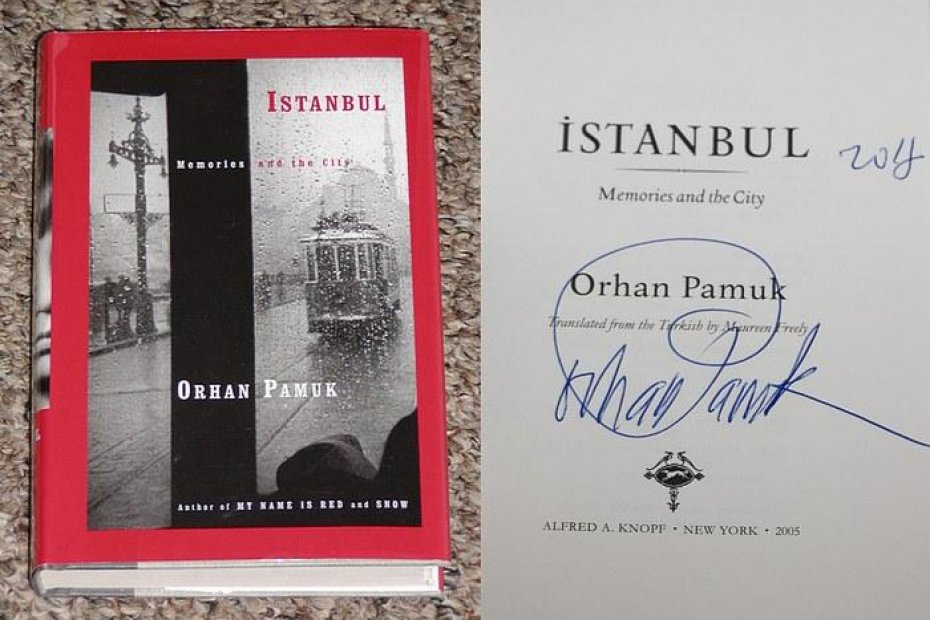 Nobel Prize-winning author Orhan Pamuk, Istanbul - Memories and City published in 2003, describes the recent history of Istanbul. Pamuk's autobiography is intertwined with the history of the city from the 1950s to the present. Istanbul's changes, historical structures, urbanization, roads, bridges, apartment building are told from the eyes of the author. According to Orhan Pamuk, Istanbul, the cosmopolitan imperial capital of the 19th century, takes on a new identity in a century. The author walks around the city on foot because the tendency to walk is considered a way to walk around the city, to walk the streets, to think in the city, to feel the past. “Istanbul - Memories and the City” contains photographs from Ara Güler's lens. 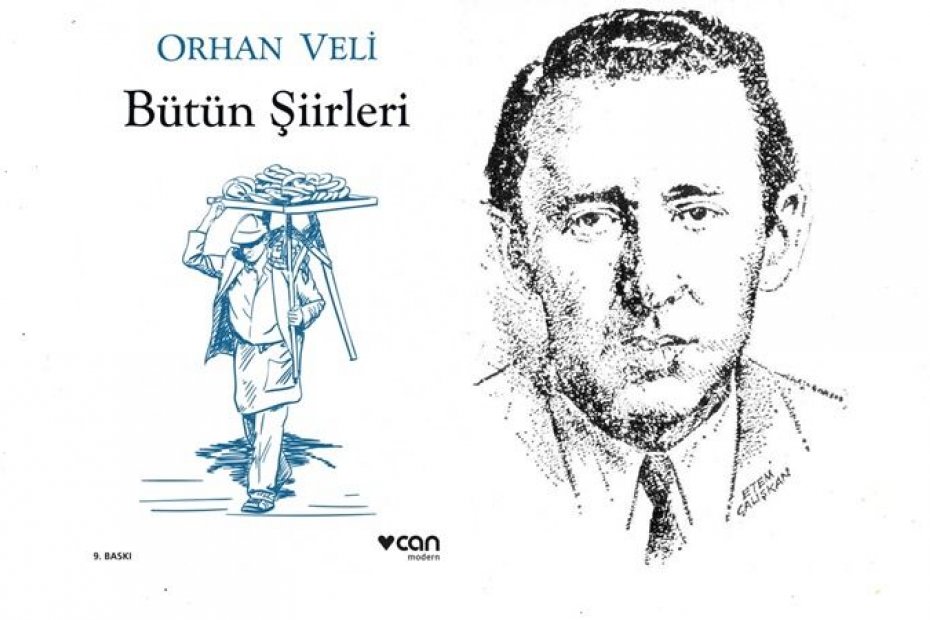 Orhan Veli Kanık poems are important in that they conveyed the naturalness of the spoken language, street Turkish and even folk slang to his works. Orhan Veli, who uses a simple language, is known only for his due diligence and not defending any ideology. For the first time, instead of targeting certain people, he has made himself known as a poet by turning to his inner world. While focusing on social issues, he focuses on the problems of ordinary people rather than creating heroes fighting for his society. Orhan Veli poems are also important in terms of showing the richness of Turkish saying and using irony and parody techniques. His most popular poems: ‘’Anlatamıyorum’’ (I can’t tell), ‘’Istanbul’u Dinliyorum’’ (I listen to Istanbul), “Kitabe-i Seng-i Mezar”. 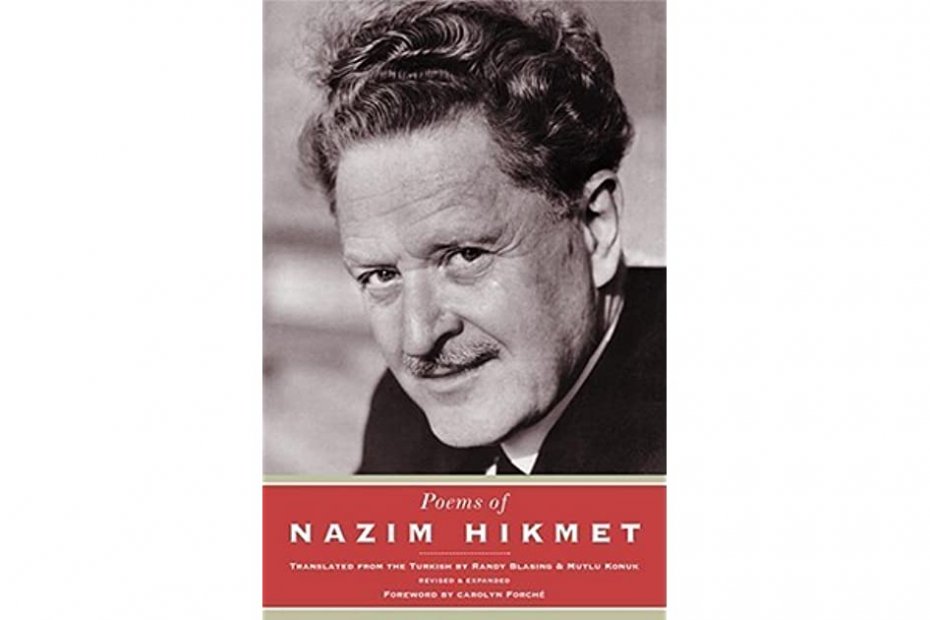 Nazim Hikmet is considered one of the most famous Turkish poets. According to Nazım Hikmet, the artist has the responsibility to make people live in a better world. The artist plays a pioneering role in changing the world order. He believes that the oppression of people, the use of the strong by the weak, the misery and ignorance can be put to an end. In his works he focuses on good-evil, oppressor-oppressed, ruling-ruled, rural-urban conflict. The fighting in poetry, love, prisons, journeys, his son, thematises important events in Turkey's political processes. Nazım Hikmet, who has full faith in the future of beautiful days, believes that in the future there will be a social structure without class separation. The most important poems of the poet: Human Landscapes from My Country, Turkish revolutionaries, Last Poems (1959-1963).