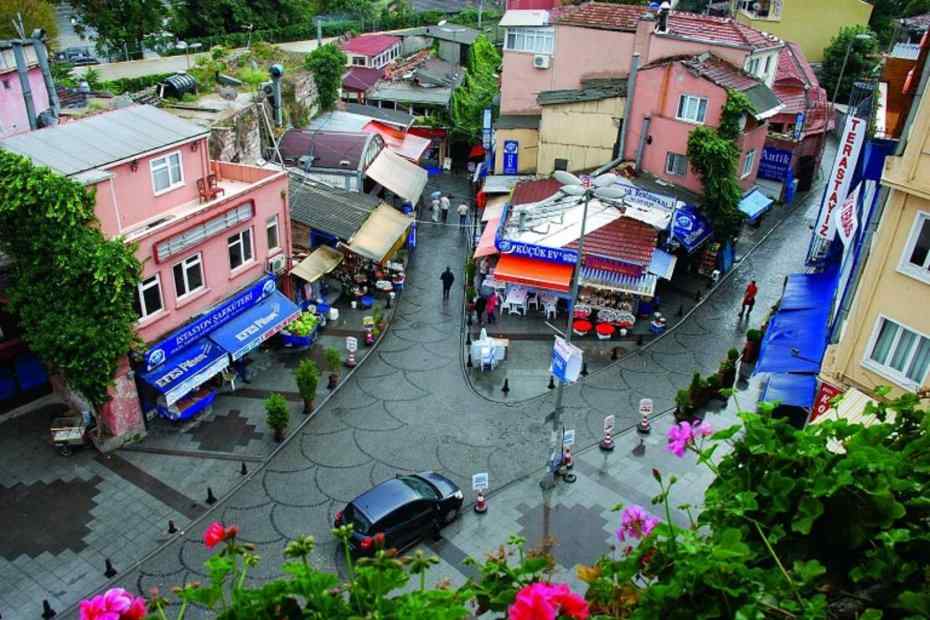 One of the districts of Istanbul known as the Old Walled City is Samatya, which stretches along the coastal road of Fatih district where you observe a colorful history. With its unique culture, craftsmen who build friendships based on trust, you wander the streets of the neighborhood that houses the Yedikule Bazaar on one side and the sea on the other, and the history of Istanbul starting from the Byzantine period and the times from the Ottoman Empire to the present day.

On one hand, you can hear the sound of the call to prayer to the Mosque with the sound of prayer from the churches on the other, Samatya, is a neighborhood where you can see examples of the cosmopolitan structure and is known as one of the neighborhoods where the Armenian population is concentrated. In Turkey, the country that hosts different religions and values, the history of Samatya dates back to long before the arrival of Byzas, the founder of the ancient Byzantium, to Istanbul.

The population of the district, known as Psamatia, is rare in history and the most known place is Studios Monastery. In the region where the city's population did not live at that time, there are cemeteries belonging to the criminals and death row inmates who lived in the 5th century. For this reason, Samatya is known as Krisis, which means place of trial, court area.  Before the conquest of Istanbul, a dense population was not seen at the district, but it is one of the places where the Armenian masters, craftsmen and workers brought by Fatih sultan Mehmet from various cities of Anatolia after the conquest and were invested to rebuild Istanbul.  Bishop Hovagim, who is a resident of Bursa, was called to Istanbul in 1461 and given the title of Patriarch and assigned to the Armenians in Samatya to fulfill their religious beliefs. Sulu Monastery, the first patriarchate in the neighborhood, is given to Armenians in the church of Saint Kevork under the Armenian name.

The district, which dates back to the ancient Byzantine period, welcomes the craftsmen and artists of Istanbul, which was built as the capital during the Ottoman Empire.  In the world known Zilciyan Bells, traces of the tradition of Kerope Usta, who made his first appearance in the 17th century in the small workshops in Samatya by shaping the bells with the hammer, are seen.

The neighborhood hosts the Sümbül Efendi Mosque, the first place where the oil lamp tradition, which adorns many mosques in Istanbul and Anatolia, gives its name to religious days, is the spiritual center of this tradition that has become a custom in Istanbul. Olive oil, kerosene, liquid fuel, wick, and the lighting tool consisting of cap lamps were so much admired that thanks to Sümbül Efendi, one of the great scholars of the era, all the mosques were equipped with oil lamps and the foundations of the tradition have been laid.

In the neighborhood where you can still see the shops owned by artisans who have been transferred for generations with their workshops in the side streets, the place known as the square is in demand by the people of Istanbul. In the evenings, the square which is crowded with the tables of many entertainment venues, butchers, grocery stores, delicatessen shops are counted and preserved for many years, and passed on from generation to generation.

Samatya, which is one of the most beautiful centers of old Istanbul with its fishermen, coast, kebab makers and taverns, also has a Fisherman Museum.  The museum is home to more than 350 fish species hosting interesting creatures such as giant tuna and tope shark that are seen in Mediterranean region. Due to its proximity to the beach, the district, which also includes the ports of Elefterios and Teodosios, once the largest harbors of Byzantium, offers places around the square where you can taste fresh fish. There is no possibility of leaving unhappy from Samatya where you can find more than 40 appetizers served daily as well as fresh fish, mussels from Rumeli Kavağı, Garipçe and Poyrazköy.

As the chief architect and civil engineer of the Ottoman Empire, Mimar Sinan gave important works in his career. Being served as the chief architect during the periods of II.Selim and III. Murat, he is known to the world in the past and today with his works; Samatya, Abdi Çelebi Masjid and Kapağası Yakup Ağa Bath are the ones he brought us.

Worth to Shoot: Samatya Streets

The neighborhood's streets and oriel windows are a center of attraction for photographers. The diversity of old houses, colors and architecture calls for photographers looking for different frames and anyone who wants to see the old Istanbul. The houses in İçkalpakçı Çıkmazı street with the colors of pink, blue, orange and purple attracts attention, taking visitors to Istanbul 50 years ago.

Church of St. John the Baptist

It is known that the structure on Imam Aşir Street, the walls of which only survives to the present day, is one of the oldest places of worship in Istanbul.  After the restoration in 1820, the church was heavily damaged in the Great Istanbul Earthquake in 1894 and was transformed into the Ilyas Bey mosque during the conquest but failed to survive except the mosque's minaret and walls. At the restoration of the building in 1907 by the Russian Archaeological Institute in Istanbul, some researches are carried out, and at the end of these studies, sarcophagus and mosaic fragments from the Byzantine period were uncovered and exhibited in the Istanbul Archaeological Museum.

Samatya, a former Greek district, is located on the European side of Istanbul after Yenikapı, famous for its fishermen shops, restaurants, taverns, Samatya square, Fish Museum, beautiful streets with historical houses, Saint Kevork Church, St. Nicholas Church and Agios Nikolaos Church. It is waiting for its new guests as a large open-air museum which hosts the main historical buildings such as Minas Church and presents the important works of each civilization to its visitors.