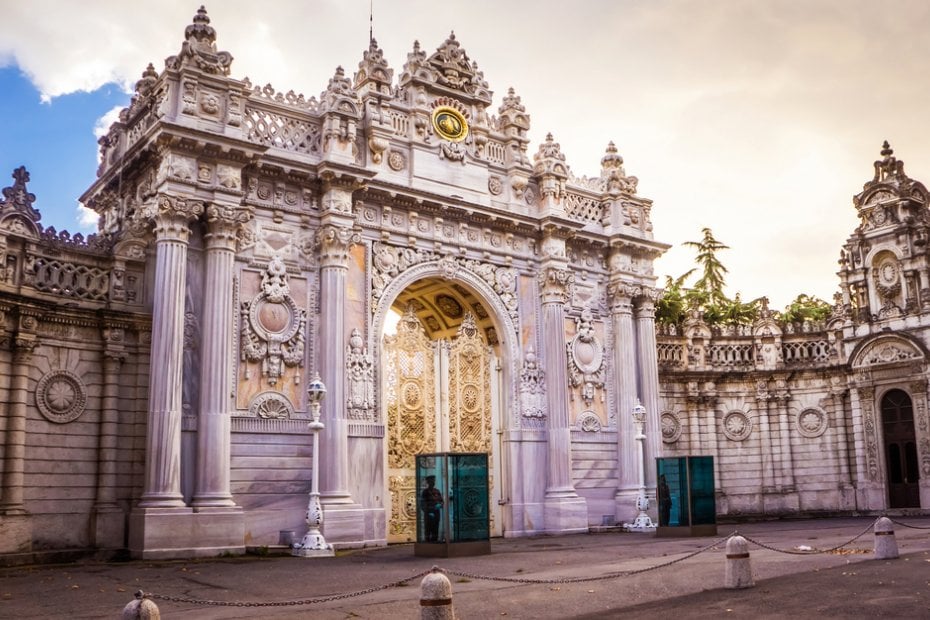 The palace, where important decisions were taken during the 625-year-long life of the Ottoman Empire, is at the center of state life. As the Empire expanded with new conquests, the first capital moved from Bursa to Edirne and finally Fatih Sultan Mehmet, who conquered Istanbul, choses the city as the administrative center. When Istanbul is the capital, the palace is transferred from one place to another at certain intervals in the city. The first palace established in the city is known as the ‘’Old Palace’’. Later, the Sultans used Topkapi, Eski Ciragan, Besiktas beach Palace and the Old Beylerbeyi Palace at different intervals. With the completion of the Dolmabahçe Palace in 1856, the empire began to be governed from there. The empire was ruled from the Yıldız Palace from 1877 to 1909, the Sultan II. during the reign of Abdulhamid. The last period of the Ottoman Empire, until the abolition of the reign in 1922, Dolmabahçe Palace and Yıldız Palace were used together as the administrative center.

Dolmabahçe Palace as a symbol of Westernization 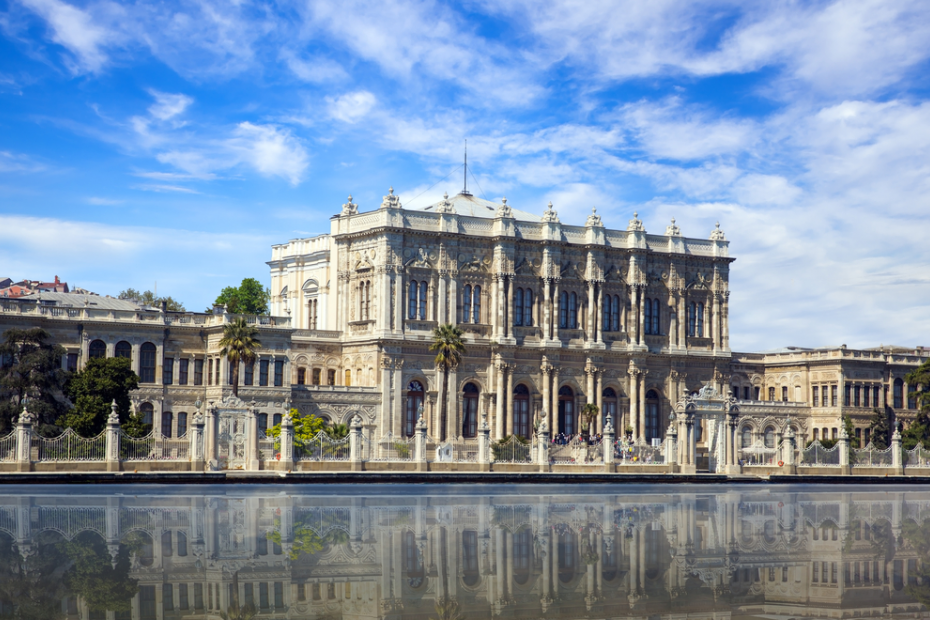 Topkapi Palace, the palace of the period when the Ottoman Empire was most powerful, is often modest and simple. On the other hand, Dolmabahçe, which is the palace of the empire's collapse, is known as luxurious and magnificent. Nowadays, palaces are regarded as places of the past, luxury, grandeur and unnecessary expenditure, separated from the public. In fact, for the Ottoman Empire, the palace is more than just a luxurious building for the sultans. Because the Dolmabahçe Palace is regarded as the symbol of social and artistic changes and the changing cultural structure of the period under the influence of Westernization. As a matter of fact, when Sultan Abdülmecid declared the Tanzimat Edict, the transition to Dolmabahçe Palace coincided with the same date. Certainly, Topkapı Palace was abandoned at that time because it represented the “old değil, not the lifestyle predicted by the new order.

Dolmabahçe Palace, which is located between Beşiktaş and Kabataş piers, is known to have small wooden mansions. The palace, which was ordered to the most famous architects of the Empire, Garabet and Nigoğos Balyan, was completed in 1856. foreign ambassadors are accepted, especially the halls open to foreign eyes in terms of architectural decoration and furniture is remarkable. The palace is home to 6 sultans and the last Ottoman Caliph Abdülmecid Efendi from 1856 to 1924, when the caliphate was abolished. Mustafa Kemal Atatürk, the founder of the republic, used it in his works between 1927-1938 in Istanbul. Atatürk died on November 10, 1938 at the Dolmabahçe Palace. The palace was used as the Presidency until 1949. After 1984, it serves as a Museum-palace.

A New Palace on the Bosphorus: Beylerbeyi 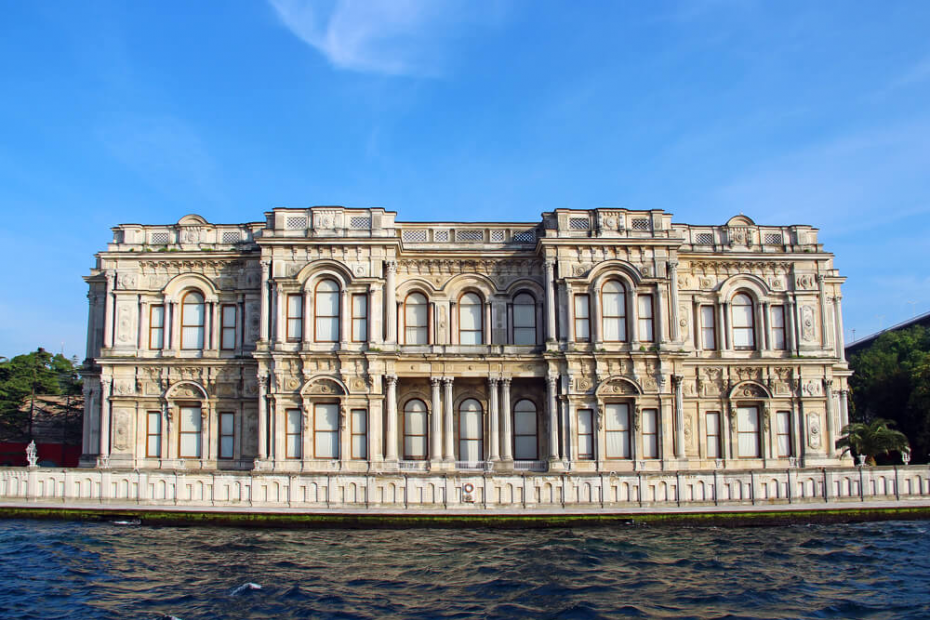 Beylerbeyi Palace is the summer residence of the sultans, as well as the need for a state guesthouse where foreign state officials are hosted. Upon the request of Sultan Abdulaziz, it was completed in 1865 by the well-known architect Sarkis Balyan. In the Byzantine period, the region, known as the ‘Crossing Gardens,, was used as one of the sultan's' gardens during the Ottoman period. The name ‘Beylerbeyi‘ comes from the mansion of Beylerbeyi Mehmed Pasha in the 16th century.

Beylerbeyi as a State Guest House

Beylerbeyi Palace, Sultan Abdulaziz and Sultan II. It was also used as a state guesthouse during the reign of Abdulhamid. The first important guest hosted at the palace is known to be the Empress Eugénie of France. Sultan II. Abdulhamid died here in 1918 after spending the last 6 years of his life there. Beylerbeyi Palace also hosted foreign statesmen during the Republican period. Iranian Shah Pahlavi came to Turkey in 1934 by Mustafa Kemal Ataturk are hosted in this palace. Unlike other imperial palaces, Beylerbeyi Palace features a water element that adds coolness to the space. A large pool is placed in the center of the lower floor hall, which forms the center of the building.

The Legacy of the Ancient Past: Topkapi Palace 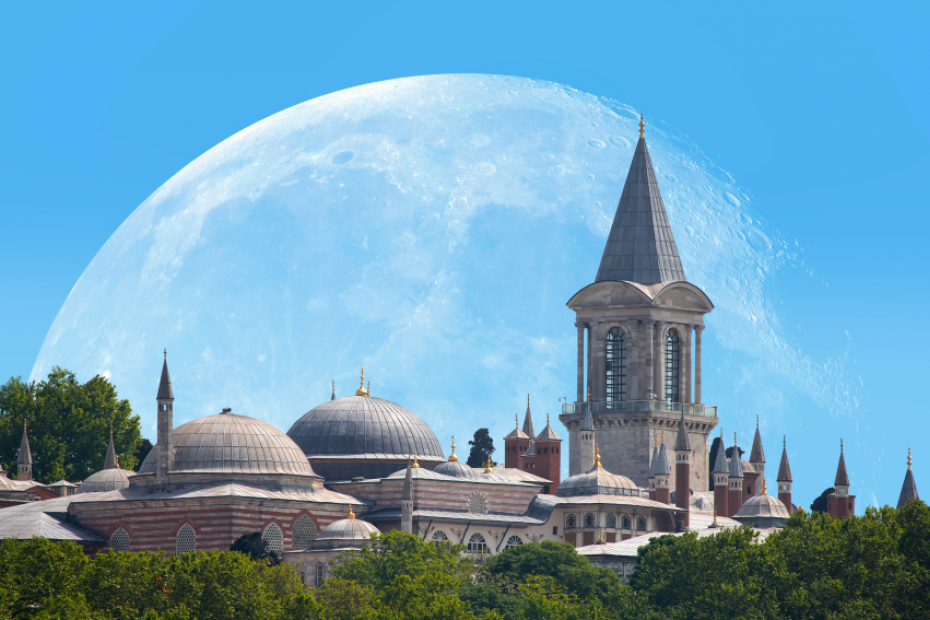 After the conquest, the Old Palace is being built in the northwest corner of Beyazıt Square, where today's Istanbul University Central Building is located. However, there is a need for a new and more comprehensive palace structure. In Sarayburnu, the former Byzantine administration center, the New Palace, which was later called Topkapi Palace, is being built. This center is not only a place where the sultan and his family live, but also the members of Harem, Birun and Enderun who serve the palace. In addition to the residence of the sultans and state affairs, treasures are also hidden here. Topkapi Palace carries the symbolic and physical legacy of the Ottoman dynasty and imperial history. It was turned into a museum in 1924. Nowadays, it is regarded as a treasury and museum of civilizations where thousands of objects are preserved. 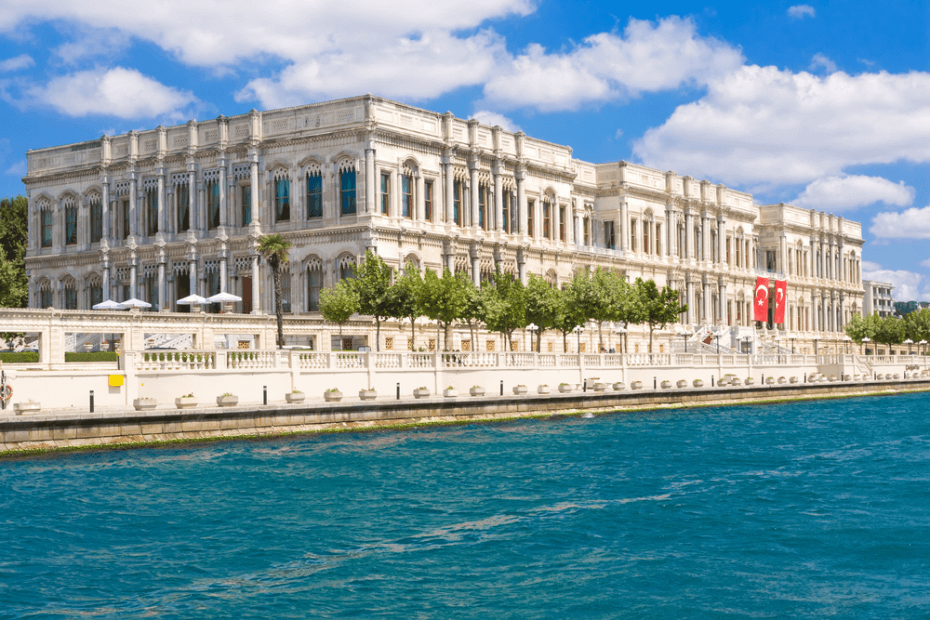 The area between Besiktas and Ortakoy is known as a place where night lamps and torches and sultans are present. The wooden mansions used here are used by the sultans especially in summer months. It is known that Sultan Abdulmecid spent most of the season there. After the Dolmabahçe Palace was built, the Sultan wants to demolish the wooden palace and build a new palace, but is postponed for financial reasons. The palace was built by Sultan Abdülaziz in 1865 from the famous family of architects Balkans to Nikoğos Balyan. Although the Ciragan Palace has a very rich appearance in terms of decoration, geometric ornaments are mainly used. An event in 1878 is known as Bas ‘’Cıragan Palace Raid’’. Journalist Ali Suavi raises the Ciragan Palace with a group of about 250 people. Sultan II. Abdulhamid instead of dismissed from the throne on the grounds that he is mentally impaired Murad V tries to take the throne again. However, this attempt fails. 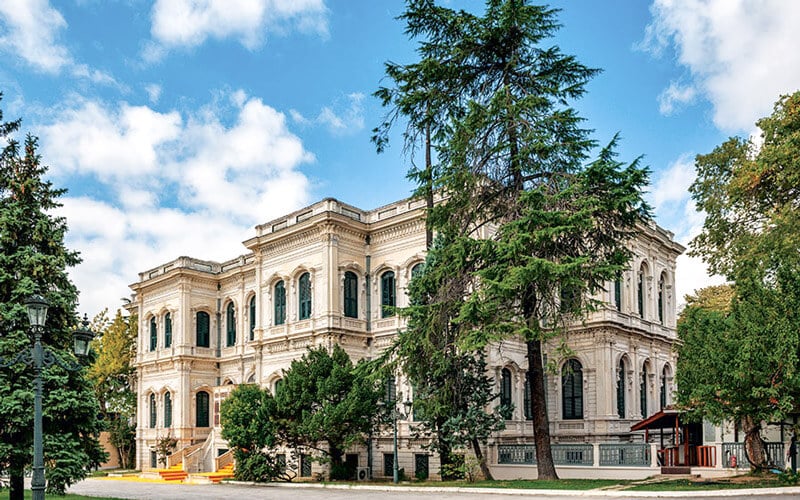 Today's Yıldız settlement is known to be a grove of the Byzantine period. After the conquest of Istanbul, it is called Kazancıoğlu Garden. The mansion built by III. Selim's mother under the name of Yıldız is expanding with mansions and pavilions added later. The buildings here are called Yıldız Palace with new buildings added during the reign of Sultan II. Abdulhamid (1876-1909). II. Abdulhamid left the Dolmabahce Palace and moved to the Yildiz Palace, where he remained during his reign. After II. Abdulhamid was dethroned, the headquarters moved back to Dolmabahce Palace. However, the sultans of the last period continued to use it from time to time. Sultan Vahdettin known as VI. Mehmed meets with Mustafa Kemal Pasha in this building before his departure to Samsun on 15 May 1919.