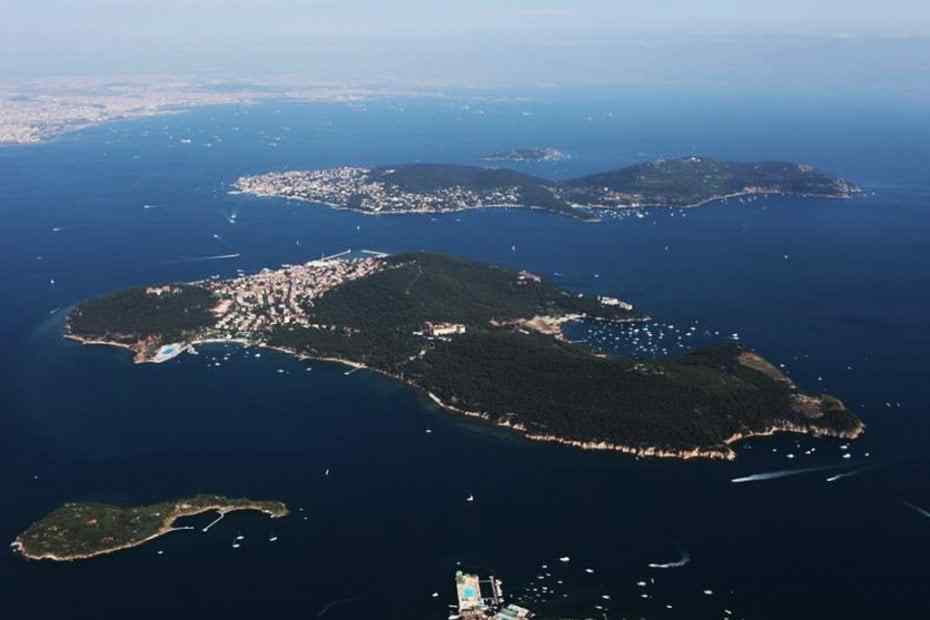 According to the documents, the islands are called Prince Islands because of the exile and imprisonment of princes, nobles and even emperors in the Byzantine period. According to some sources, in 567, II.Justin built a magnificent monastery and palace on the island of Büyükada giving name to the islands. In the history, after the conquest of Istanbul by Fatih sultan Mehmet, the monasteries were closed and settlements on the islands were ended and taken by the administration of the Ottoman authorities. In 1839, with the Tanzimat Edict, the settlement started to be established again and the local people were formed by the French. It is known that the ferry service began to be organized in 1946 and in 1861 they became known as the Istanbul Islands.

In Asia, the Marmara Sea, located south-east of the Bosporus with nine large and small island community, is named as the island of Marmara in Turkey. These include Büyükada, Heybeliada, Burgazada, Kınalıada and Sedef Island; Sivriada, Yassiada, Kaşık Island and Rabbit Island where there are no permanent settlements. Princes' islands are known as quiet and peaceful places without any traffic, except for the months when tourists flock.

Visitors can reach the islands from Kadikoy or Bostanci by watching the sea with the ferry musicians, enjoying the wind, throwing pretzels to the seagulls and having a pleasant journey. The islands, which are only 1 hour away from the city, await their guests.

The adventure begins with the landing from the ferry to the island. It is quite pleasant to walk on the attractive streets of Buyukada which are subject to the series and keep the old atmosphere. There are many beach options on the island for people who want to swim. The beaches are also filled with day trippers who swim in the sea from morning to evening. The decision to remove the phaetons used for wandering the island on the steep and high slopes on the island and threatening the lives of horses with unconscious use is on the agenda, although it has not yet entered into force. Visitors who do not prefer a phaeton can also choose to walk or ride a bike. Buyukada has a long to-see and to-do list. Especially, Aya Yorgi Church, built in 1751 on the island, is famous for being the most intense point of cultural tourism on the island. It is visited by Christians, especially on Easter Day. It is necessary to climb a long and steep slope to see the church which has a remarkable view with its fine workings and perfect aesthetic appearance. Those who reach the top of the hill meet the magnificent view of the Marmara Sea and the shores of Istanbul. It accepts visitors from 08:30 to 18:00 every day except Sunday. The church is closed on Sundays because of the ritual. 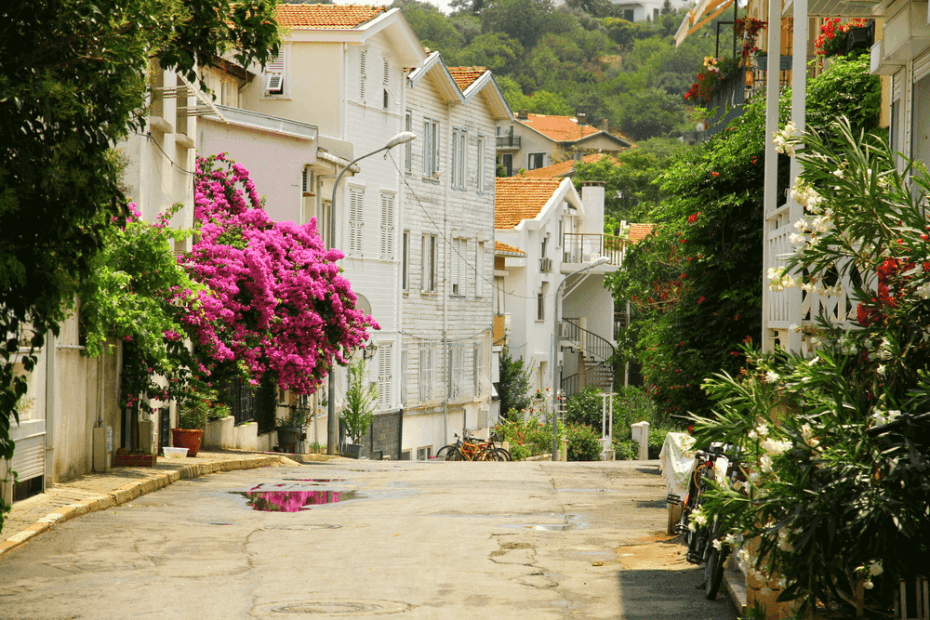 Among the must-see places in Büyükada are the Monastery of St. Nicholas, known as the church, where wishes come true, and the Museum of the Princes' Islands. The museum welcomes visitors every day from 10:00 to 17:00 in winter and from 09:00 to 18:00 in summer. In addition to obtaining information about the Princes' Islands, the Museum also has access to a section dedicated to plans for the estimated future of the islands. The Hamidiye Mosque, which has a single minaret and was built between 1893 and 1895, is a must-see. The mosque, which was a small building due to the transportation problem of the materials used at the time of construction and the small number of people living at that time, is a simple building.

The island is known as “Hakli’’ by the Greeks and has the Halki Seminary opened in 1844. After the proclamation of the Republic, the school and the Holy Trinity Monastery that caused several disputes between Turkey and Greece, still maintains its presence. In those years, the monastery was given to Turkey with the end of the debate, the school continued to operate. In 1971, the school was closed due to a law, but it is preserved as a monument to the monastery. The monastery is surrounded by pine trees and is accompanied by a magnificent view. 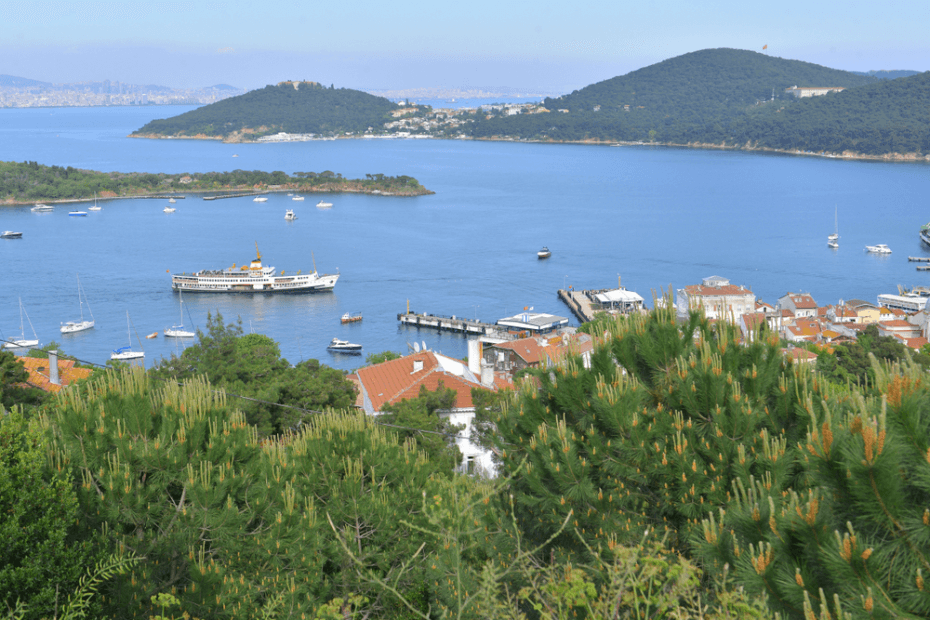 The house where İsmet İnönü lived in 1924 is located here and which gives life to Heybeliada with its interesting roof and pink lines, is now used as a museum. The museum opens its doors to visitors every day between 10:00 and 18:00 except Mondays.

Established in 1773 as the Sultan's Naval Engineer Training School, the school still functions as a Naval High School. It is not recommended to leave Heybeliada without eating an ice-cream or having breakfast. Those who want to swim in the sea can enjoy the sand, the sun and the clean sea at Heybeliada beaches.

The island was named after Demetrius, who ruled the island in the past. The pavilion of Sait Faik, one of the famous Turkish poets, was turned into a museum with his personal belongings. The museum, which accepts visitors every day except Mondays, is free of charge due to the author's will. The bronze statue of the author is located on Kalpazankaya, next to a magnificent view. Aya Yani Church, which is a very elegant structure with long domes, triangular roof and geometric embroidery, was built in 842 AD. The church was damaged in the Earthquake and was restored in 1899. 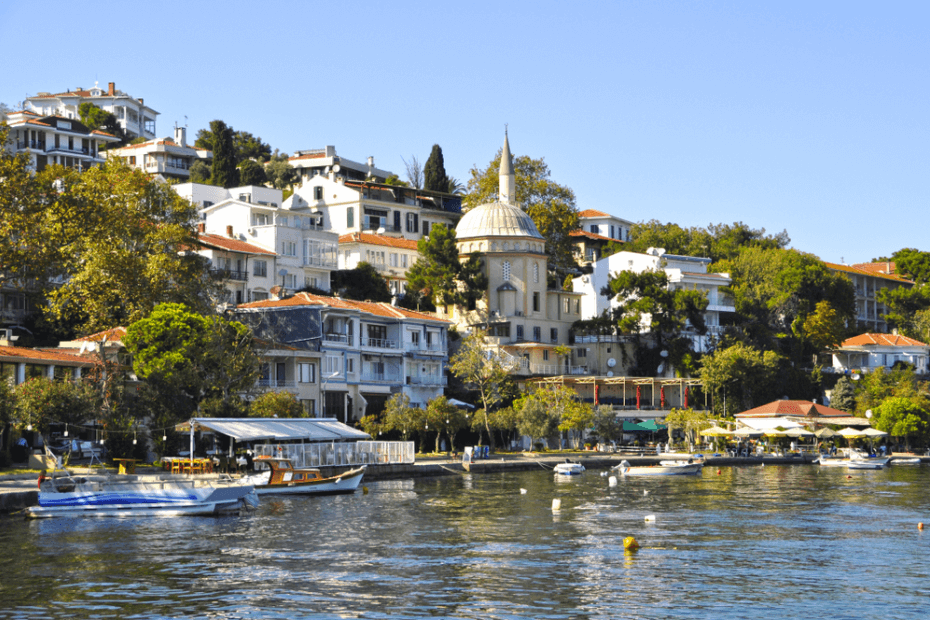 Bayraktepe, the highest point of the island, has a spectacular view and has a historical heritage. In here, Aya Yorgi Monastery is a must-see.

Overwhelmed by the heat of summer, visitors can enjoy one of the Prince Islands by cooling off on the natural sandy beach at Marta Bay. It is also possible to camp in the bay, named after Madame Marta, who is said to have committed suicide here.

The island's land, which was used in iron and copper mining in ancient times, attracts attention with its reddish structure. Inspired by the red-colored’’henna’’ material that the girl, who gets married in Turkish society, puts it on her palms at henna night and this red-colored material gave its name to the island. With its name, the most important event in history is that the Byzantine emperor Romanian Diogenes was exiled to the Monastery of Metamorphosis. Diogenes, who was dethroned in his country after being defeated in the Battle of Manzikert in 1071 and humiliated on the donkey's back, is known to have lost his life in the monastery. Metamorphosis Monastery was pulled down by IV. Murat. 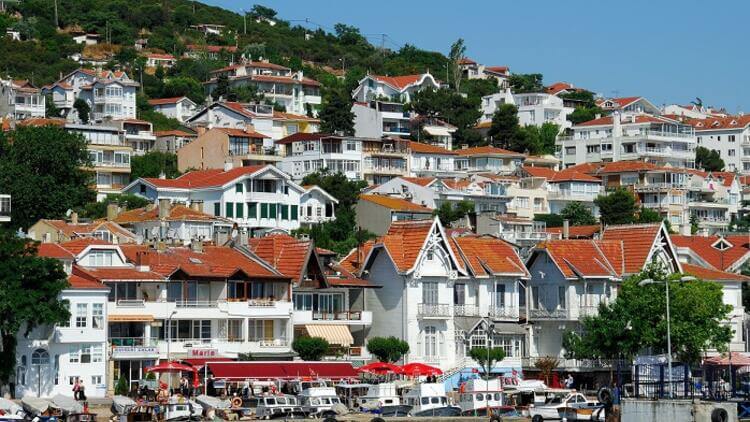 The twin Sirakyan houses and the Stone Pavilion, which are seen when landing from the ferry, are elegant examples of island architecture. The fact that the island is small and does not have a carriage is known as its distinctive features. The monastery of Christos, which contains the tomb of one of the Byzantine emperors, V. Leon, is the only monastery kept standing on the island. From here, a magnificent view of Istanbul and the Princes' Islands is fascinating.

Kınalıada Mosque, which was built in 1964 with a modern appearance with its triangular roof and Panayia Greek Orthodox Church with an elegant wooden altar is worth visiting. The different cultural features that are common in the old neighborhoods of Istanbul are also seen here. On the island, for people who want to swim in the sea, there are private beaches or public beach on the Ayazma Beach.

Sedef Island, which is the smallest island open to settlement in the Prince Islands, draws attention with its nature. The island is 1300x1100 meters in size and is called Sedef Island because of its vegetation that resembles pearls (means sedef in Turkish). The island, also known as Rabbit Island due to the large number of rabbits living here and was used as a place of exile during the Byzantine period. 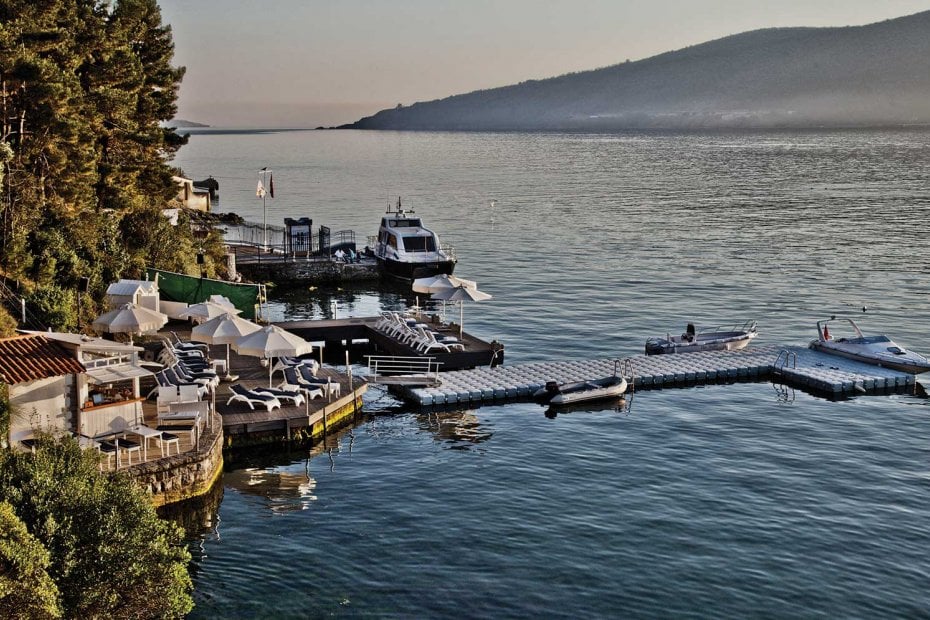 One of the most important exiles here is known as Patriarch Ignatios, who was sent to the island in 857. Ignatios, who had been tortured on the island for ten years, was re-elected patriarch in 867. During the First World War, all the trees were cut down and reforested by Ferit Pasha's grandchildren in order to make settlements for distinguished people. The island has two magnificent beaches and the nature, and the sea continues to fascinate the visitors.

Sivriada and Yassiada, one of the smallest of the islands of Istanbul, are called İstanbul Hayırsızada (wicked island) by the people of Istanbul. Sivriada, 90 meters in height, rising from the sea hill, formed by the extension of the island on the sea and was used as an exile island like the other Prince’ Islands. Today, a monastery from the 10th century that we can only see some of its remains, is open to visitors. To the south of the island there is a fresh water well and a small Harbor. 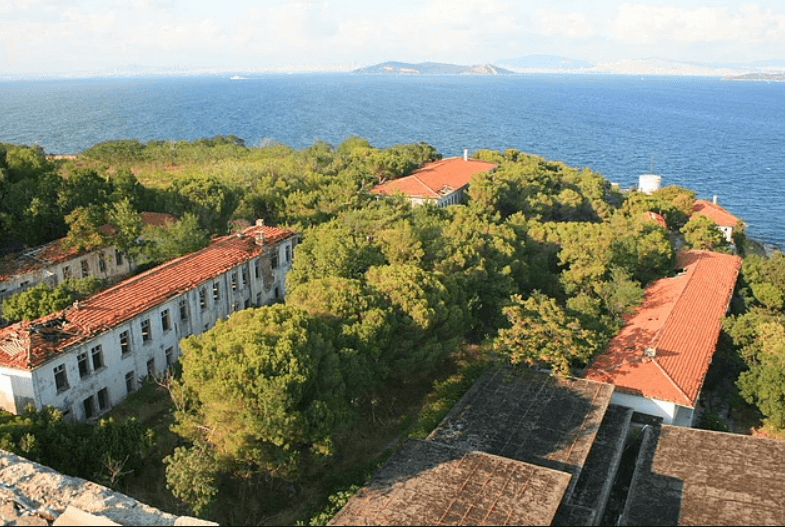 Yassiada also has a small harbor in the northern part. The island was purchased by Sir Henry Bulwer in 1859, the British Ambassador of Istanbul. Yassiada was purchased by the Navy in 1947 and became the heart of the maritime training facilities.

The island, which is farthest from Istanbul and the southernmost part of the Princes' Islands, is slightly larger than Kaşık Island. 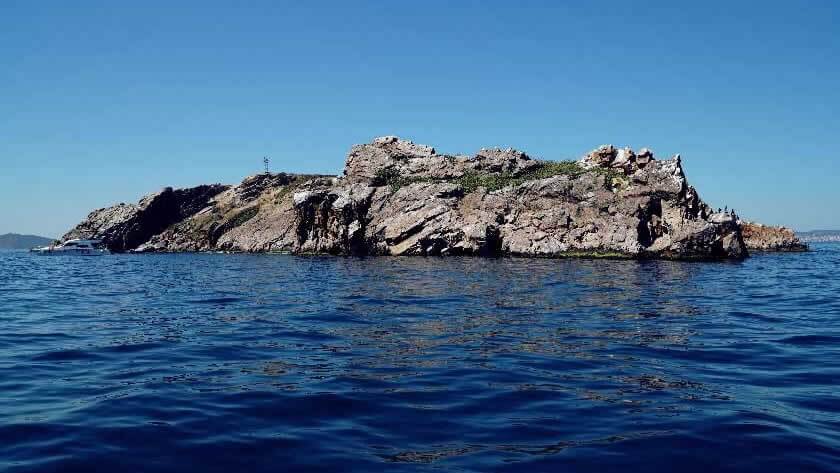 The island is 90 meters long, without trees, bare and rocky. It is known that the island, whose official name is ’Fisherman's Island’’, stems from the abundance of rabbits and that there are still rabbits on the island.

The small islet in the east of Burgazadası is called Pita in the past. The island, which is called Kaşıkadası because it is likened to a spoon, is only a few hundred meters in length from north to south. 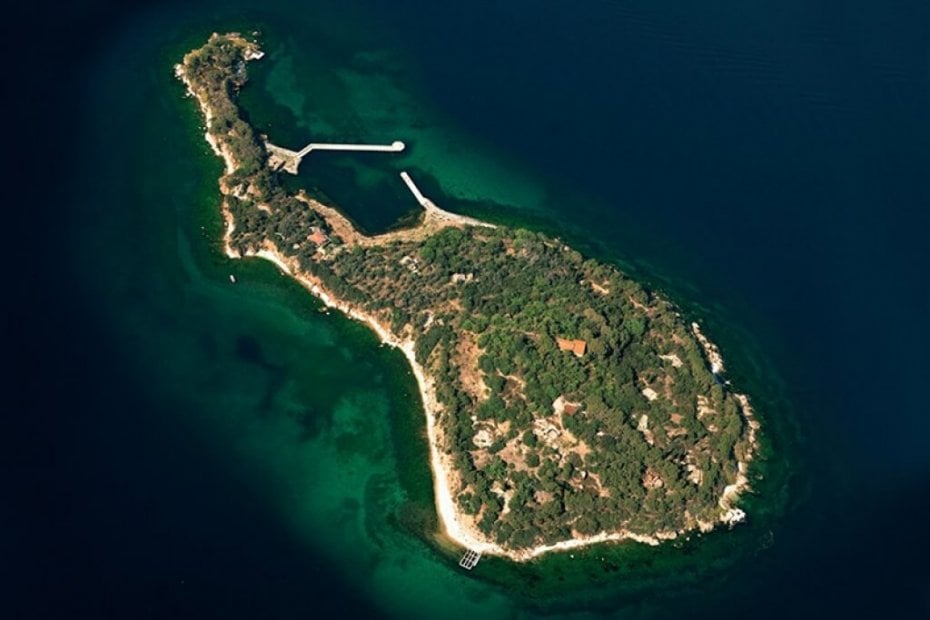 The island has two small houses with a simple pier. The island is not open for trips because it is a private property purchased by a tourist company. It is known that there are no historical monuments on the island.

Why Do Foreign Investors Choose Turkey?
LOCKDOWN TAUGHT US THE IMPORTANCE OF BALCONIES AND GARDENS
Unmissable Villa Opportunities in Turkey