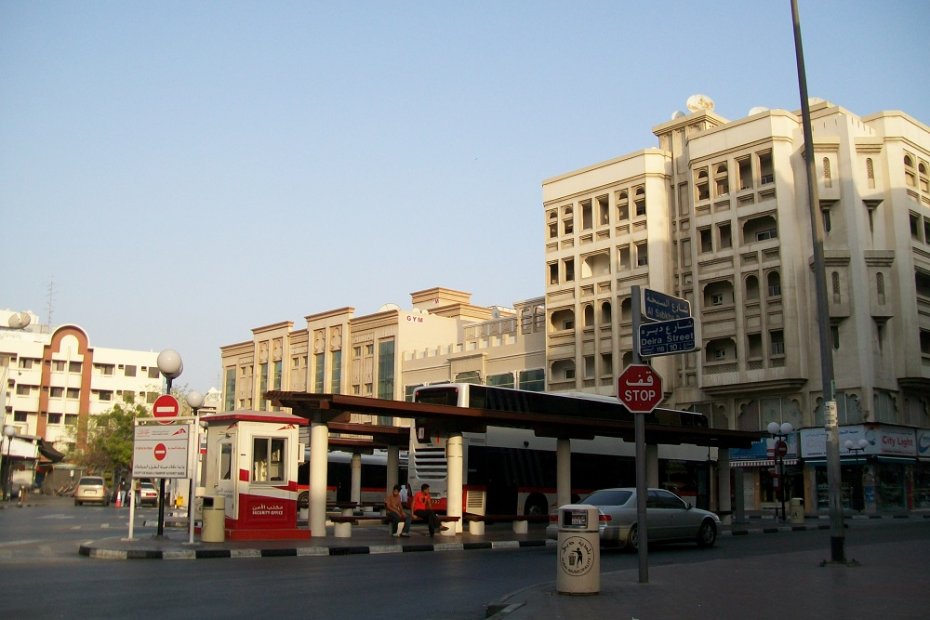 In this guide, we will introduce you to Dubai's Public Transportation means.

Taking the bus is an inexpensive and easy method to get about town. With the increasing traffic, Dubai's need for public transportation rose over time. That is one of the reasons why Dubai's bus network expanded over the years. Besides being affordable, Dubai's bus network can get you to places that the metro does not reach such as Jumeirah Beach.

With being relatively cheap compared to other similar metropolitan cities, Taxis in Dubai are also well-maintained and rigidly monitored by RTA. Drivers usually have a basic understanding of English, and keep in mind that you may need to navigate the driver as some of the drivers are new. All taxis are metered, so there isn't any uncertainty in paying. Fares are 1.82 per kilometer, with prices starting at Dhs5 for flagged-down taxis. Pre-booked taxis cost between Dhs10 and Dhs12, with a Dhs12 minimum fare. In addition, RTA has an app called Smart Taxi which allows you to book the nearest taxi available.

The Dubai Metro has one of the most sophisticated, driverless, fully automated rail system that is fresh, fast, and effective. Although it is not particularly large, there are plans to expand it, and it does link to Dubai Airport, and some of the city's major tourist attractions, such as the Mall of the Emirates and the Burj Khalifa. The cheapest way of traveling with the Dubai metro is in the standard class with the prices range between Dhs3-Dhs 8.5. If you want to take a journey comfortably, there is gold class and the prices range between Dhs6-Dhs15 per journey.

The tram line, which now runs for 14.5 kilometers along Al Sufouh Road, connects Dubai Marina, the Palm Jumeirah, and Al Sufouh. The tram links to the metro at the Jumeirah Lakes Towers Station and Dubai Marina Station of the Dubai Metro's Red Line. It is also connected with the monorail of the Palm Jumeirah. It also offers services such as Wi-Fi, private cabins, cabins for women, and disabled access. One can travel for Dhs3-Dhs4 with a NOL card, with Dhs6 ticket price in the gold class.

With being the most traditional transportation mean, Abras are a great alternative to reduce traffic, and also, they are pretty cheap. Furthermore, they are pretty quick as it takes between 5-10 minutes per trip. Fares are Dhs1 per trip with being Dhs2 in air-conditioned Abras.

Palm Jumeirah Monorail is a privately owned system with being the first monorail in the Middle East. The Dubai Monorail links the Palm Islands to the mainland, with future intentions to connect the line to the Metro Red Line. It offers great views of the Palm and tickets cost between Dhs20-Dhs30.

With offering stunning views of the city, Dubai Ferry is just for the tourists. You can see Dubai's most iconic buildings such as Burj Al Arab while traveling. With having 5 terminals, tickets range between Dhs15-Dhs50 for silver tickets depending on how many stops you go. For the gold ticket, it ranges between Dhs25-Dhs75.

Commercials with the Best Location in the Eastern Anatolia Region

The Cuisine of New York City