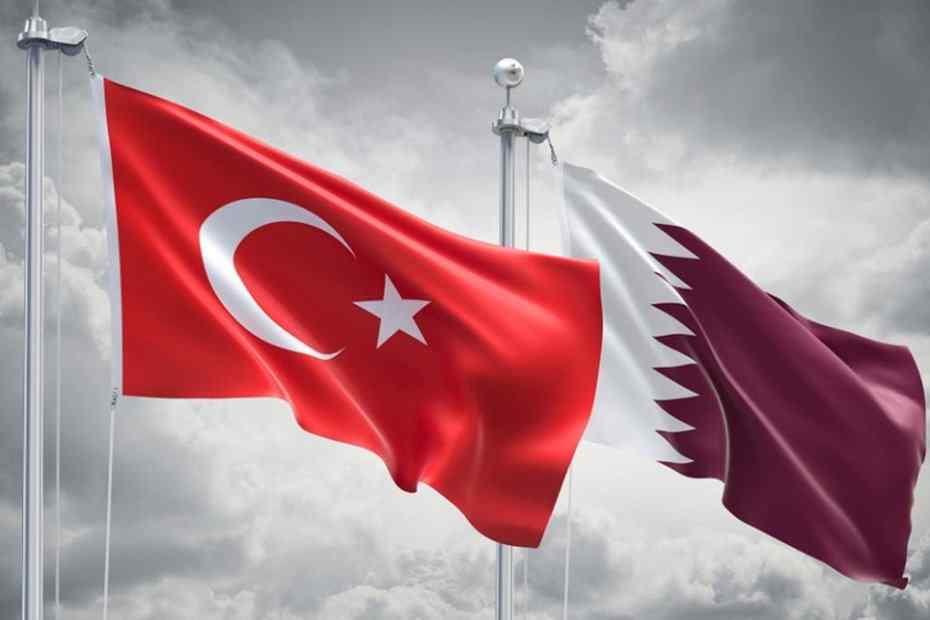 In the 2000s, compared to previous periods, the Middle East approach in Turkish foreign policy started to change. Turkey has increased interaction with the countries in the region. With this new era, new ties have been established with Qatar. The harmony of foreign policies in the regional sense is the main reason for the increasing relations between the two countries. This harmony also manifested itself in the military and economic relations in the following period. Providing both material and moral support to the country in difficult times, such as the plane crisis with Russia and the July 15 coup attempt, Qatar has shown that it is a good international partner. Turkey was the first country that helped Qatar with the crisis on June 5, 2017. To prevent Qatar from being heavily affected by the crisis, Turkey has activated diplomatic, military, and economic tools from the beginning of the situation to the end. In this process, some financial gains were also achieved. As the number of visits by officials of the two countries to each other increased, Qatar's investments in Turkey gained momentum. Most of these investments are made in private companies.

The trade volume between Turkey and Qatar was over 1,4 billion US Dollars as of the end of 2019. Considering the geographical proximity of the two countries, historical ties, and the needs of both economies, Qatar and Turkey's bilateral trade volume has the potential to grow further.

The leaders of the two countries come together regularly within the scope of the Supreme Strategic Committee. At the committee meetings, agreements, protocols, and memoranda of understanding were signed in various fields. Another aspect of Turkey's relations with Qatar is the Gulf Cooperation Council. The High-Level Strategic Dialogue mechanism between the Gulf Cooperation Council and Turkey constitutes another platform for cooperation with Qatar on bilateral and regional issues. In Qatar's diplomatic crisis, Saudi Arabia, Egypt, the United Arab Emirates, and Bahrain severed their ties with Qatar. Turkey supported Qatar in this crisis without fronting Saudi Arabia.

Two days after the Gulf crisis, on June 7, 2017, the Grand National Assembly of Turkey approved that the Turkish army sends troops to Qatar and the two countries conduct military exercises together. Currently, the Turkish military base in Qatar is capable of accommodating 5,000 soldiers.

Turkish companies have projects worth more than $ 10 billion in Qatar, most of them within the scope of the FIFA World Cup 2022. Qatar's investment in Turkey is over 20 billion dollars. An e-commerce website was established in cooperation with the General Directorate of the national post and telegraph directorate of Turkey and the Qatar Post. Through this site, those living in Qatar will be able to order from this country.

The peoples of the two countries are devoted to each other. There are multifaceted and strong relationships from economy to education, from tourism to defense. Joint efforts continue to enrich the relations.