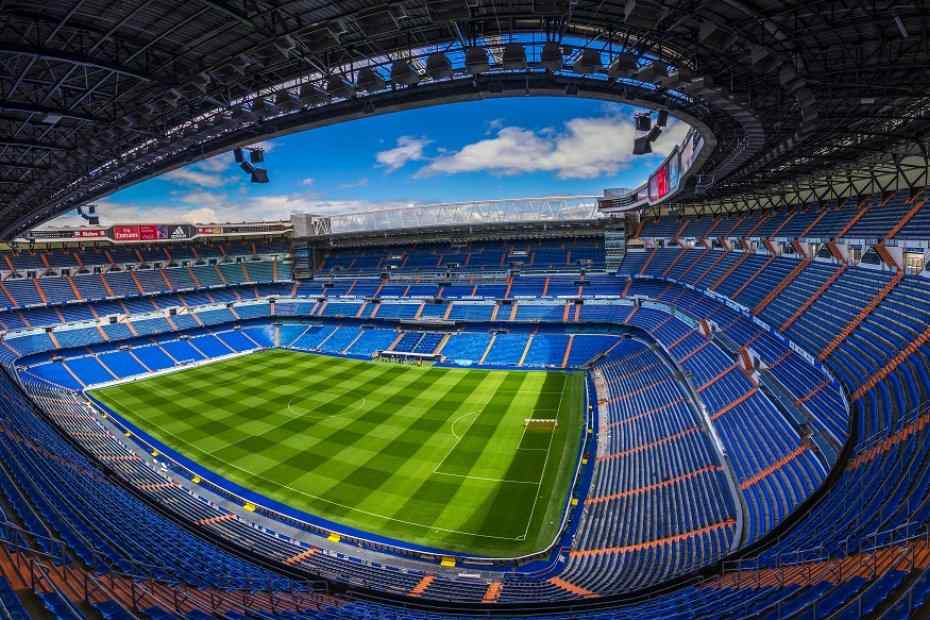 Stadium of one of the world’s biggest and most successful football teams, Real Madrid has an amazing stadium that manages to mesmerize each visitor and player with their grand specialties. Located in the Chamartín district of Madrid, Estadia Santiago Bernabéu was built between 1944 and 1947 and has a seating capacity of 81,044. Home stadium of Real Madrid upon its construction since 1947, this stadium is the second largest of its kind in Spain.

Going through series of renovations and numerous projects throughout history, Estadia Santiago Bernabéu started a new renovation project in 2019, which is expected to come to an end in 2022. Even reaching a seating capacity of more than 120,000 people at times, seating possibilities were reduced down to smaller amounts after UEFA regulations were brought concerning possible threats and dangers to human life. Having its own special metro station with its own name, transportation to this stadium is fairly easy.

When Santiago Bernabéu Stadium’s effectiveness to host grand matches along with events such as concerts are combined together with the value of Real Madrid and respect over Santiago Bernabéu, this stadium holds significant importance for not only Real Madrid’s supporters, but for people across the globe.

After the devastating effects that the Spanish Civil War had on every little bit of society, football too was on the brink of destruction, like many players, coordinators, supporters, and more were lost during the war. With the combined efforts of Santiago Bernabéu, Rafael Salgado, and some others, Real Madrid’s current stadium was built adjacent to the old Chamartín Stadium. Gaining a fair amount of attention with the continuous success of Real Madrid, the stadium maintained the value it had. Renovations have done in 1982, 2001, and between 2019-22, managed to turn Santiago Bernabéu Stadium into one of the most comfortable football stadiums in the world.

Established in 1902, Real Madrid CF is one of the most powerful and important football teams in the world. Having deep and strong bonds with the royal family of Spain, its name of “real” which translates into “royal” in Spanish, was bestowed upon the club by King Alfonso XIII in 1920 along with the crown emblem in the symbol of the team. Ranked as the world’s 3rd biggest football team, Real Madrid shines with its grand stadium and its continued success over the years.

The Past and The Present of Kadıköy: The Pearl of the Istanbul's Asian Side
Hotels with the Best Location in the Eastern Anatolia Region
Residence Towers in Limassol