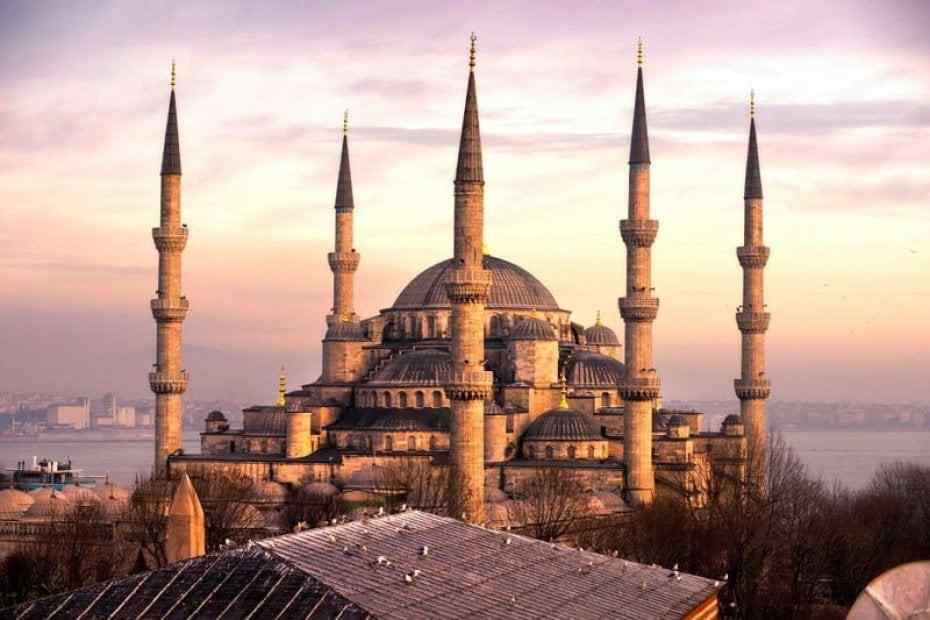 Eyup district is located on the right side of the Golden Horn. Sutluce and Haskoy are located on the left bank of the Golden Horn and opposite Eyup. It has a rugged land as an urban area. The most important elevation of Eyup is the Pierre Loti Hill which is located in the northwest. It is known that Eyup and its surroundings were a green area in the Byzantine period and that there were fields, mills and religious buildings in the vicinity. It is also mentioned by the historians that the hunting pavilion is located in the position of the Eyup Mosque today.

Eyup was established as a Turkish town outside the city walls after the conquest of Istanbul. However, Abu Eyyub al-Ensari, who died sick and died while the Umayyads besieged Istanbul for the second time, had an important role in the establishment of the region. Abu Eyyub al-Ansari was one of the first to accept Islam. It is known that he did not leave with Muhammad in order not to harm him in all wars, especially with the conquest of Mecca, Badr, Uhud, Trench, Khyber. The burial of Abu Eyyub al-Ansari, buried to the most advanced point where the Islamic army could advance upon his will, has been understood to have disappeared over time until the conquest of Istanbul. At the request of Mehmet the conqueror, his teacher Aksemseddin pointed out. After the appearance of the tomb, Mehmet the Conqueror built a high tomb. In the course of time, new public buildings are being built here with special attention to Eyup.

The Sentimental Value of Eyup

The district of Eyup is considered a sacred place for Muslims since the 15th century. Eyup is visited during times of epidemics, earthquakes and famines that have shaken society deeply. Today, it remains a place where both the administrators and the public meet to pray. After a few days, the sultans who ascend to the throne would come to Eyüp by sea or by road to sword. Abu Eyyub al-Ansari would visit the tomb. If you go to the tomb by sea from the land, the land is made by sea. In the ceremonies organized, it is known that the Sultans sacrificed a certain amount of animals and distributed their meat to mosque and tomb workers and the poor.

The tombs are generally located outside the city walls far from the settlement areas and close to the city gates. There are many cemeteries and tombs in Eyup, which is located outside the land walls of Istanbul. In this respect, Eyup is regarded as the residence of the dead as well as the living. The presence of the tomb of Abu Eyyub al-Ansari increases the interest of the public and the court officials. On the coastline of Eyup, waterside, mansion and pavilion structures are built and used in summer. Especially during the reign of Ahmed III, known as the Tulip Era, palaces and mansions were built around Eyüp beaches and around Kâgıthane Creek, which belonged to women members of the dynasty and the state.

Places to Visit in Eyup

• Eyup sultan Tomb and Mosque: The tomb, which is considered a holy place for Istanbul, welcomes many local and foreign visitors. The tomb covered with tiles resembles a custom tile Museum. The mosque was built by Fatih the Conqueror in memory of Abu Eyyub al-Ensari.

• Pierre Loti Coffee: The name of the famous French writer Pierre Loti is fascinated by the panorama of Golden Horn. Pierre Loti often visits this place and writes his books here. 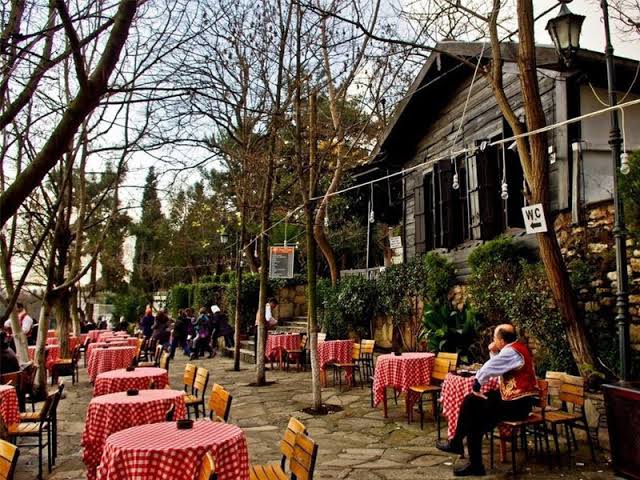 • Rami Barracks: There is the Rami Barracks built in 1828-1829 on the Rami Hill in Eyüp. After the completion of the restoration work, the barracks is expected to come into service as the Ramie Book and Culture Valley. Turkey with 7 million books capacity is planned to be the largest library. Preparations are being made for the creation of thematic libraries in various fields. In this huge area of ​​220 thousand square meters, construction activities continue for the construction of museums, restaurants, indoor and outdoor parking lots.

• Feshane: Feshane was established in 1839. Turkey's first textile industrial enterprises. Woolen fabrics and fez are produced here. It stands out as a venue where all kinds of international fairs, organizations, meetings, seminars, concerts, gala, invitations, exhibitions and cultural events are held. 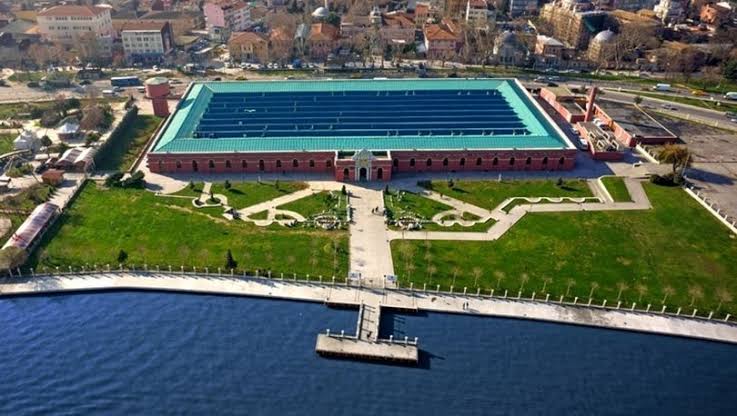 • Santralistanbul: It is known as the first power plant of the country (1913) in Silahtaraga on the Golden Horn coast. Turkey's first power plant is then converted to industrial archeology museum. This place, where contemporary art exhibitions and cultural events are held, is used by Bilgi University today. 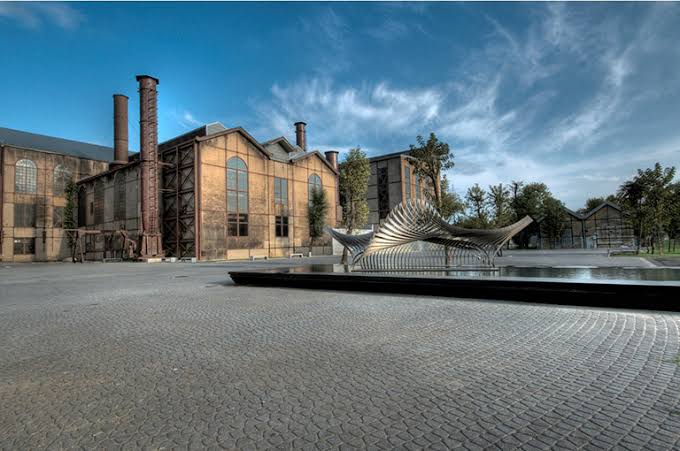 • VIALAND Theme Park and Entertainment Center: Also known as the first theme park built in Turkey. There is also a shopping center and a demonstration center. Vialand, which is among the Top 10 Theme Parks in Europe, provides an unforgettable experience for entertainment enthusiasts. Its new name is İsfanbul. 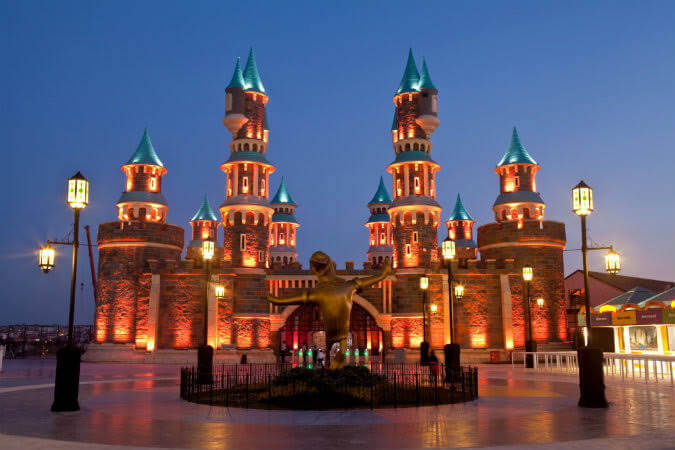 • Flatofis Halic: Flatofis Halic is located in Eyup Otakcılar. Horizontal stands out as the center of work and life. It is considered as the attraction center of the region with its shopping areas, sports center, restaurants and fast food areas. It facilitates the business life with the facilities of the new generation office center and storage areas. Flatofis Halic has a covered car park with a capacity of 1,100 vehicles. 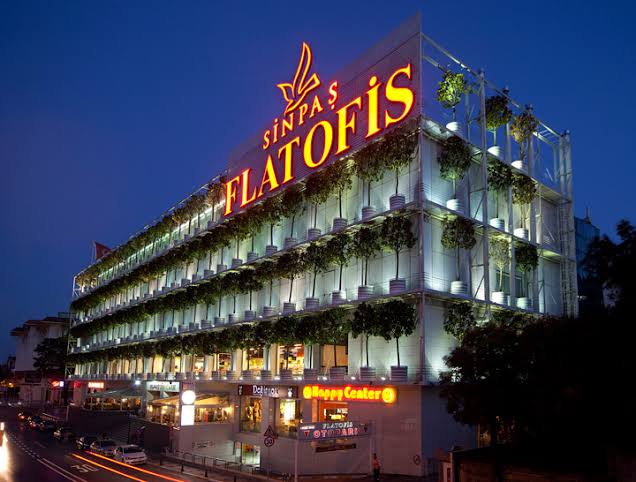