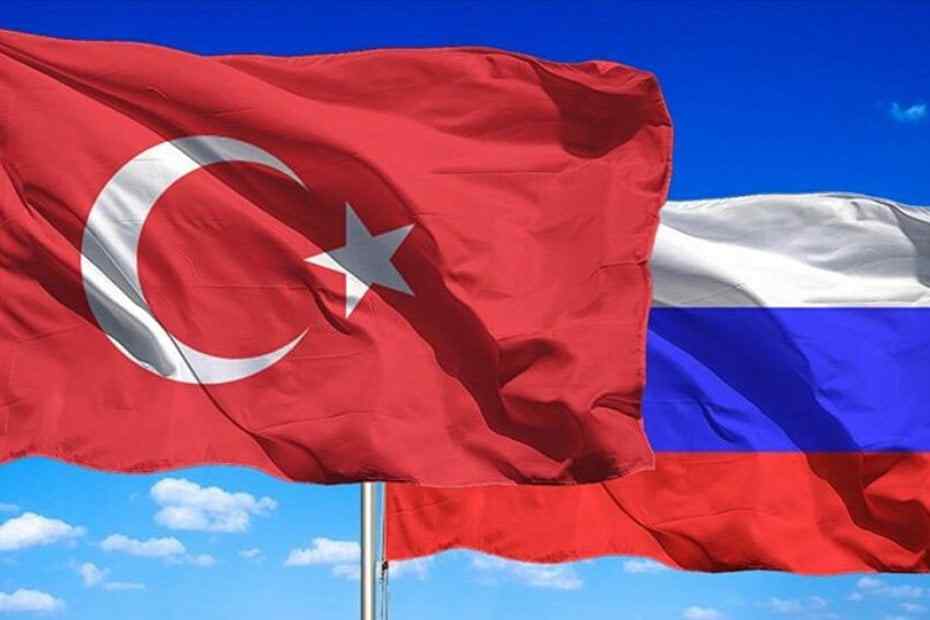 The relation between Russia and Turkey is a deeply-rooted history that withstands its importance as of our day. As two major trading partners, these respective countries continue to grow their cooperation every year. The relation between Russian Federation and Turkey gained its powerfulness after the dissolution of the Soviet Union in 1991 with countless job opportunities and new perspectives for future cooperation. With the economic cooperation in the 90s and strong bilateral relations between Russia and Turkey, they entered into a new phase. With the establishment of the High-Level Cooperation Council in 2010, close ties of these countries attained an institutional character. These powerful nations continue to have critical roles in world politics and currently work together in various fields.

The history between main culture groups in these countries, Slavs and Turks, have been in contact for centuries in the Eurasian Steppe. Many Turkic kingdoms were established in various parts of today’s Russia, and some of these regions continue to maintain their genetic, linguistic, and cultural specialties. When Turks settled in Anatolia, they got separated from the land of Russia by the Black Sea, other states and the Caucus Mountains. There were conflicts between the Ottoman Empire and the Russian Tsardom following its foundation. As Tsardom continued to gain its power on the scheme of conflicts, the land of the Ottoman Empire received great attention from Russia as their primary goal was to reach warm waters, which they could easily do by having control of the Bosphorus Strait. Two nations fought each other for the last time in the eastern front of World War I, and after it ended, old regimes of these respective states were ceased to exist. After World War I, both of these nations went through drastic changes. Following the Russian Civil War, Russia was among the first countries that act with hospitality for the Turkish Revolutionary National Movement led by Mustafa Kemal Atatürk. These countries worked rapidly in order to maintain a bond in the process, and the Russian Soviet Federative Socialist Republic was the second state to formally recognize the Turkish government with the Treaty of Moscow signed in 1921.

There were no major conflicts between the Soviet Union and the Turkish Republic other than minor oppositions in global crises. With the dissolution of the Soviet Union, bilateral relations between Turkey and Russia improved significantly. In a short brief of time, these nations became each other’s biggest trade partners and wished to cooperate in future political complications as well. In 2010, many deals between these states were signed, such as lifting visa requirements and a multibillion-dollar contract for the construction of a nuclear power plant in Mersin, Turkey. Along with political and economic agreements, Turkey and Russia frequently cooperate in the military too. Military acts such as cooperation in order to end the Syrian Civil War and arms trade such as the purchase of S-400 surface-to-air missiles were taken between these nations, empowering their bond.

Turkey and Russia cooperate in various fields, signing a record number of deals every year. As economic relations are the main force that drives their connections, they focus on improving their profits most efficiently. Trade volume between these countries reached a record number of 26,309 billion US Dollars in 2019. Turkish investors invest in more than 1900 projects that have a value of more than 75 billion dollars. Apart from trade, energy and tourism hold utmost importance between these countries. Cooperation in TurkStream Natural Gas Pipeline and Akkuyu Nuclear Plant projects are some of the most valuable investing fields for many Russian investors. Also, Russian tourists are the first among the tourists that visit Turkey, and a record has been broken in 2019 with more than 7 million tourists. Not limited to tourism, Turkey and Russia continue to break records in real estate as well. Among many foreign countries around the globe, Russia was ranked third on most properties bought in Turkey. With such firm relations and future projects, the economic power that Russia and Turkey possess is expected to continue its rise in the future.