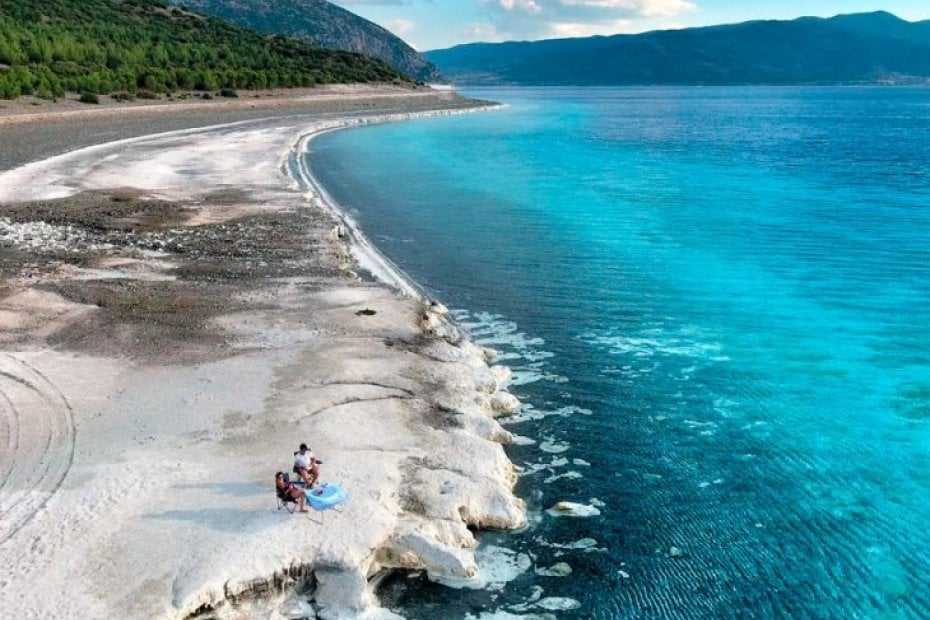 Located in the Yeşilova district of Burdur and a crater Lake every 1,180 meters, with its snow white sand and glass- like water, Salda Lake is known as Turkey’s Maldives. Selda, which feeds the Incommers the most beautiful shades of turquoise color, is known as a crater lake. The waters of the mysterious lake starts from light colors to deep indigo. Due to the formation of a volcanic eruption of the pot, the pot can reach a depth of 184 meters. Thanks to this feature Salda lake takes the title of the deepest lake in Turkey. When the white rock- like structures around the lake are considered, they are dispersed like a sediment and become a powder. Due to its occurrence in Mars, these structures, whose scientific name is stromatolic rocks, is thought to have characteristics of Mars. It is known that one of the two places with such rock structures in the world, is in Lake Salda and the other in Canada. It takes 5 minutes to get to Lake Salda from the town center.

Since it is located at an altitude of 1880 meters, cloud movements are quite common here. When the weather is clear, soft clouds can be seen almost as if they can be held. In the evening, Salda, amazes those who come to a sunset landscape. The sunset, which looks like a postcard in the region, which is an indispensable point for photographers, is seen as an experience not to be missed on the days when the weather is clear. 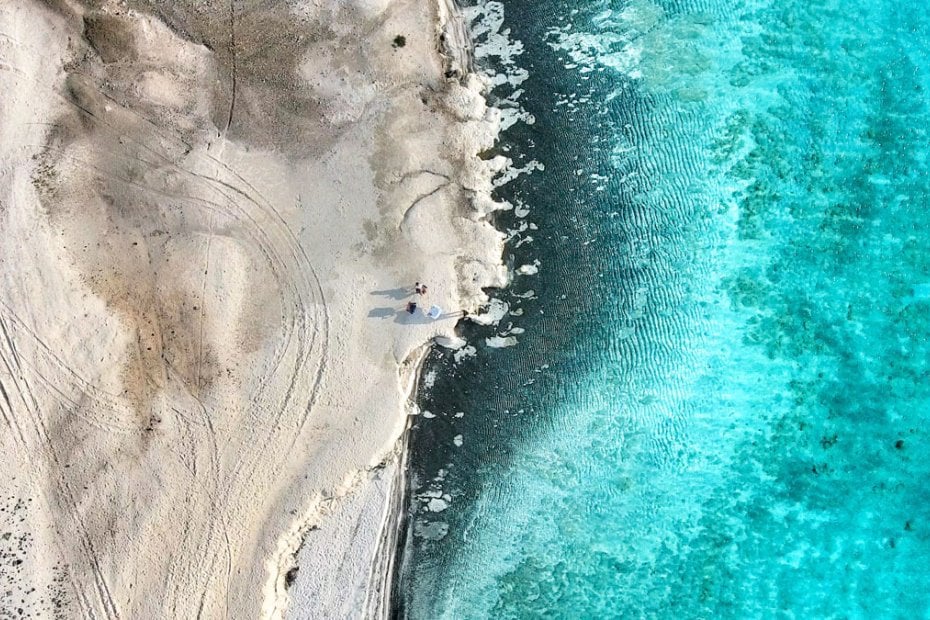 Until today, Lake Salda was used as a place for locals to have a picnic.In the past, it is also known that the goers there are usually formed by tourists. Today, Lake Salde, which hosts up to 30,000 local and foreign tourists a day in the summer, is becoming one of the world’s most famous regions. When it comes to Lake Salda, it is recommended by its lovers not just to see only the west coast. Many coast in Salda are said to be untouched places with magnificent natural beauty. The area around the lake where no businesses or settlements exists covers 44 kilometers. The Incommers can rent a bike at Yeşilova Public beach and explore the surrounding area. Due to its flat geological structure, it is possible to say that cycling does not force people. There is a fountain and also, food and beverage cafeterias in the region, which are not located too close to each other.

There are small Islands on the Salda Lake, known as “ The white Islands” which emerged from the withdrawal of water during the summer months and add a spectacular view. Although it may seem that you can swim in thise Islands, it is not recommended by the authorities due to the deepening of the lake and the sand structure.

·      The sands are white and soft just like the Maldives. It takes its white color from the high rate of magnesium that are in water.

·      Since it was declared as a first degree protected area in 1989, its surroundings are not open to constructions. Salde Lake, which is stil untouched with its beauty, is known as a protected area by the National Wetlands Committee.

·      Salda Lake and the surrounding area which welcomes people all around Turkey to camp, is also a stopping point for caravans and cyclists.

·      Salde Lake hosts endemic plantand animal spacies. There are three endemic freshwater fish in the lake and wildboards, foxes and different turtle species around. In winter Stiff- tailed ducks, which are in danger of extinction, are living here.

·      The sand of Lake Salda is clay- structured and is said to be suitable for a mud bath, which is very good for the skin.

·      The most interesting feature that makes the lake special is that it is considered to be one of the two places on earth with the same characteristics as Mars.

Not every coast around Salda Lake is safe to enter the water. In the area are beaches and a nature park reserved for those who want to swim, camp, get food and drink or stay in bungalows.

Nature Park seen as the best beach to swim, serves as one of the few operatinal in the forest General Area.and is one of the places where most of the people want to enter the water. It is said that it is safer to swim especially in the coastal areas, where greenery is densely in the area. compared to the east coast. 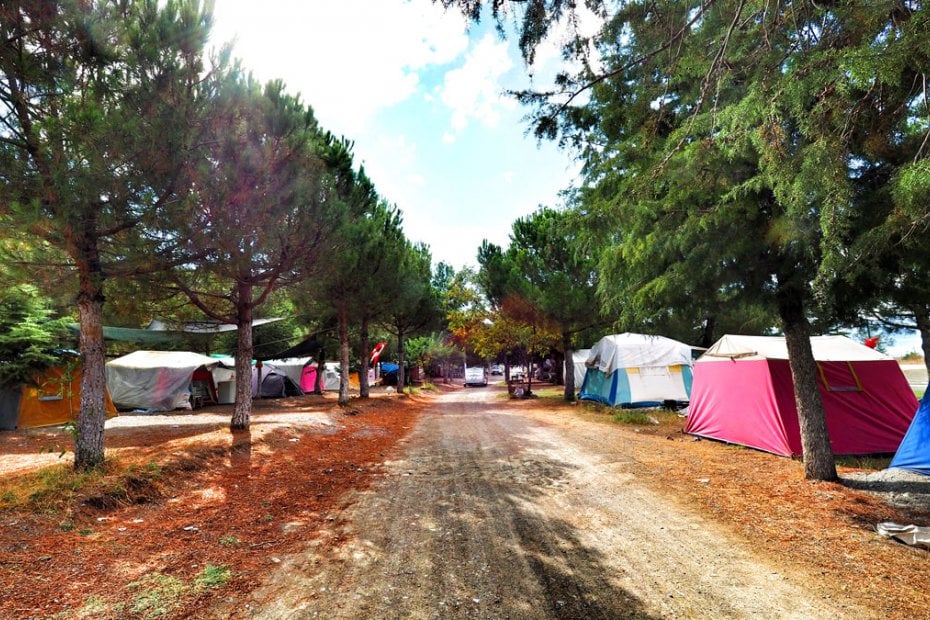 The Public beach of the Yeşilova Municipality, which is about 4 kilometers away from Salda Lake, is known as the only operation where the accommodation meet the incommers’ need. There are camping areas and bungalow houses on Yeşilova Municipality Public Beach. Within the area of the beach, which is crowded with visitors, reastaurants and private- operated several cafeteria are located. 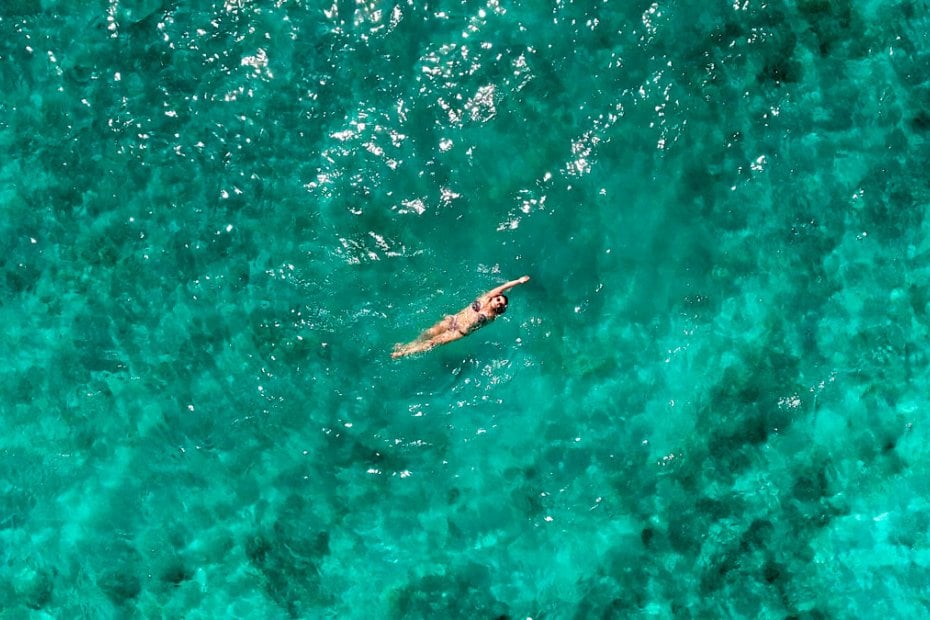 On the public beach where the entrances are free, the water of the lake looks like glass. This part of Salda lake, where the most beautiful shades of turquoise color can be seen, is very suitale for swimming. Here the lake water does not deepen for about 50 meters from the shore. About 150 meters from the beach, the municipality’s facility provides services such as food and drinks.

Doğanbaba Beach, which is prefered less among the incommers, ıs quieter compared to the other beaches. There is nothing other than a operation along the beach. The beach water, where the entrance is free, is suitable for swimming. 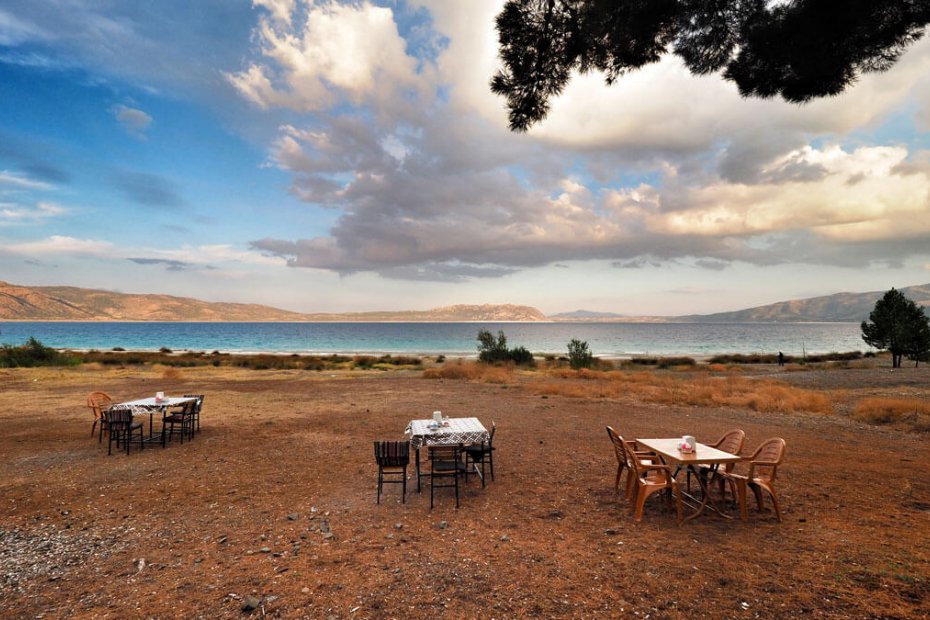